One of the reasons we came down to this part of the country was to scout out some boondocking spots for future reference.   A lot of people have said it is tough to boondock down around South Padre Island so we headed out on the beach to have a look.  We drove over to Port Isabella and from there headed out onto the beach at beach access #5. 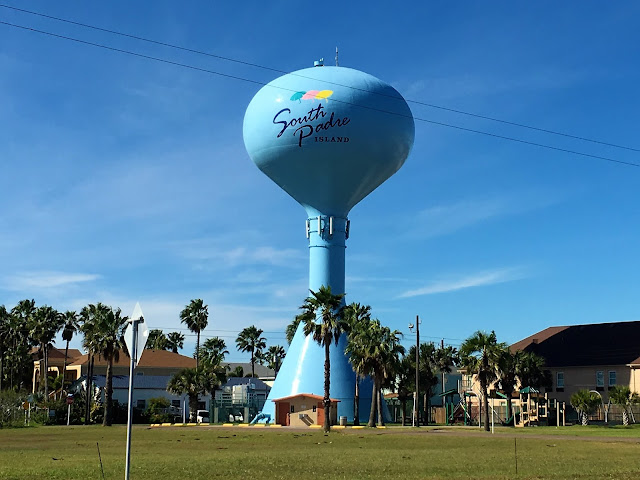 Lots of nice packed sand beach for about 20 miles and not very many people around. 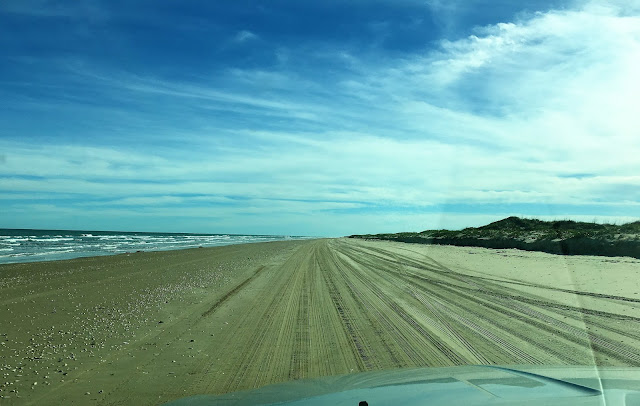 As we were driving along, a border patrol guy was coming to meet us and he pulled over toward us so we stopped.  We thought maybe we were not supposed to be there but that wasn't the case.  This guy was just bored and wanted to know about Canada.  He said he has the best job in the world just patrolling the beach.  We asked if there was camping allowed and he said sure.  We asked about safety and he said they patrol this beach all the time and it is perfectly safe.  He did warn us that from Mile marker 10 to 16 was a nude beach so we should be prepared, however today was cool and he hadn't spotted anyone showing their wears.  He said we could camp for as long as we liked and he would be here to watch out for us, and off he went.  So I headed for Mile marker 10!!!!  Along the way we spotted a log with a bunch of net floats nailed to it.  It looked quite colourful. 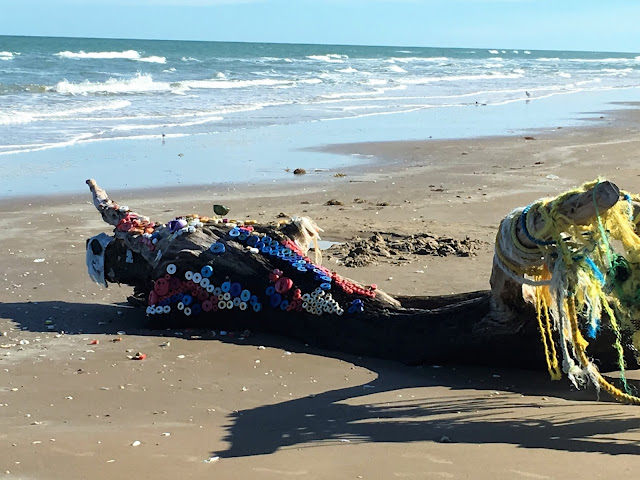 We found a couple starfish in the sand.  Sue is going to dry them and keep them. 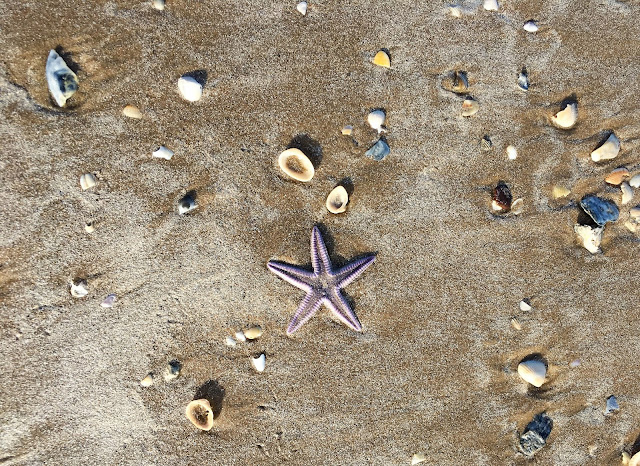 I'm not sure what these pink things are but they may have had something living in them at one time.   Sure pretty. 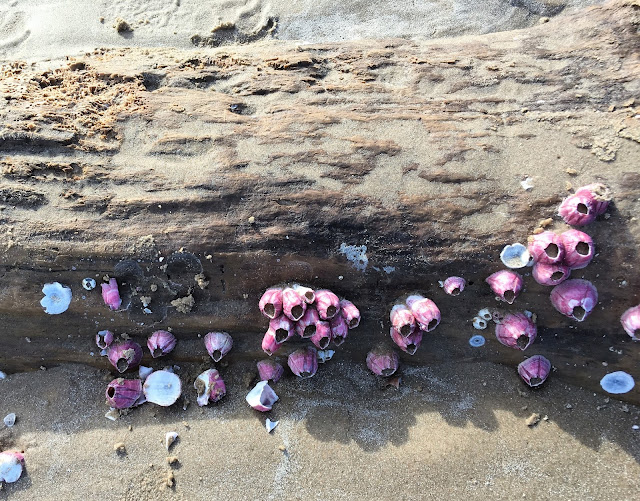 As we were driving we spotted a big sign sticking up out of the sand.  As we got closer we realized it was covered with hard hats.  Now I am assuming that the hats were washed up on shore after some seaman lost them overboard, and some creative person decided to make a monument.  Very unique. 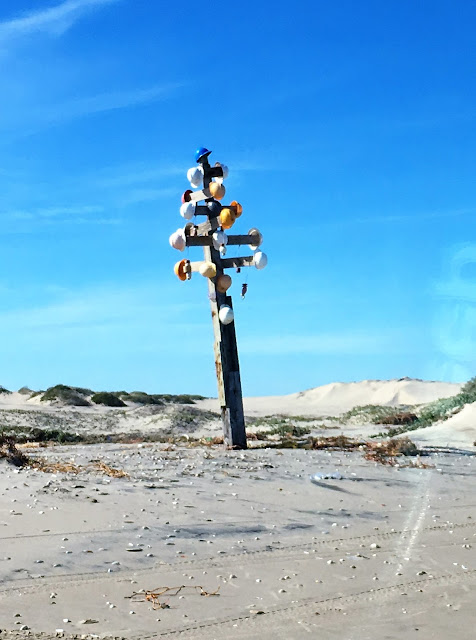 At Mile marker 10 we spotted something strange.  It was an evacuation pod which is used for ships crews to jump into and float if their ship is in trouble.  Guess who decided to use it for their sign??  Thats right, the nudists.  At least you can't say you didn't know this was a nude beach. 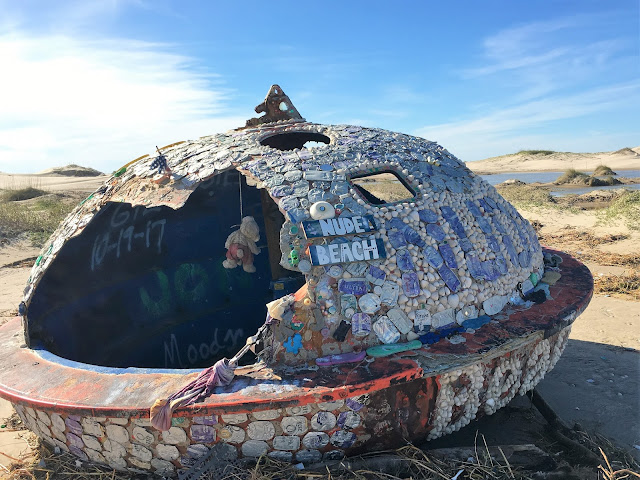 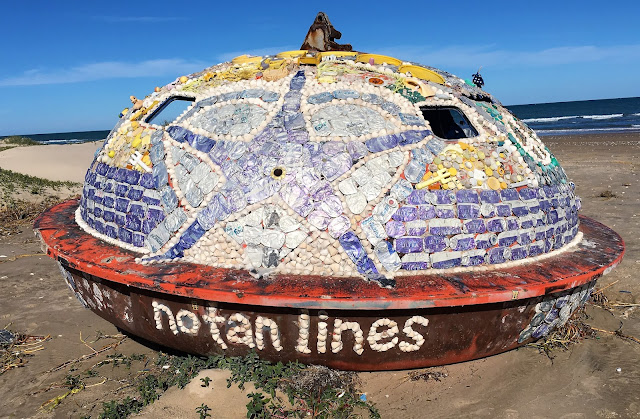 There was no one around so we decided to head back and explore the south end of the island nearer to Mexico.  It was about 40 miles around to Boca Chica because there is a channel that cuts off the island, and you have to go around on the mainland and come back up.  On the way over there, we spotted a couple satellite dishes.  We drove in around and found a mostly deserted area in behind with some houses.  Apparently SpaceX is working on a rocket launch pad for non governmental rockets.  There may even be manned space rockets launched here so they say.  It will be interesting to see in a couple years.  Check it out here. 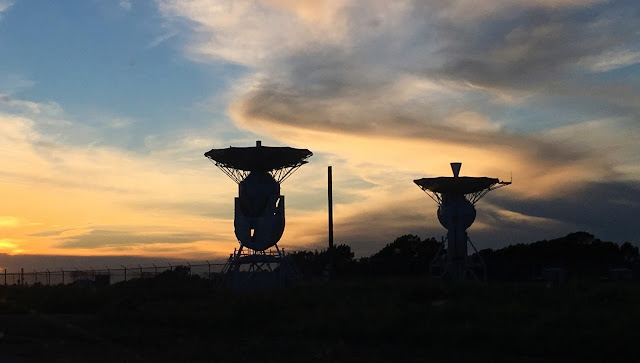 We got on the beach and drove about 3 miles south until we got to the Rio Grande River.  That is the Mexican Border.  It was interesting because there were Mexicans fishing on the South side and Texans fishing on the North side and they could talk across the river to each other.  The border patrol agent earlier had assured us that no illegal activity happens in this particular area, so we felt quite safe.  He also reminded us that civilians or border patrol are the last people the criminals want to come in contact with.  They will go far to stay out of our way if they were around.  We found miles and miles of beach to boondock on here as well.  We will be back with the Ponderosa one of these days.

It was late and dark when we arrived home tonight.  This is the view out our window tonight: 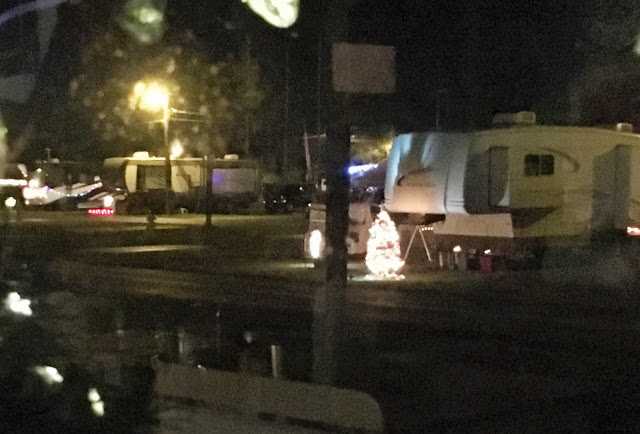