Look who we found!!

This morning on my walk I went by the pool house and noticed a couple bikes sitting out front.  Now when we checked in, the lady said that at every park owned club house or pool house there will be bikes parked.  These are for the use of the park residents.  They just ask that you park them at a park building when you are done.  It doesn't have to be put back at the same building so you can ride it over to the sister park and leave it.   I thought that is a nice touch for transportation. 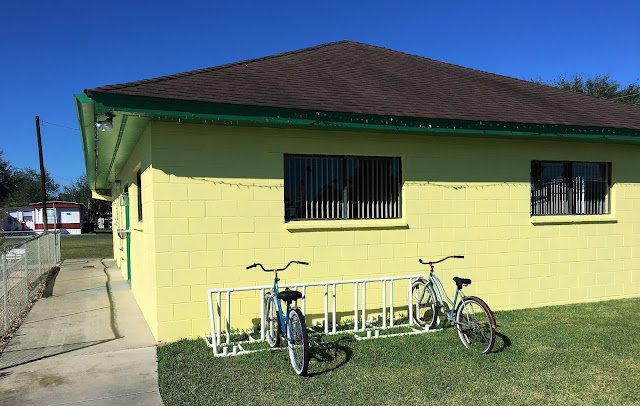 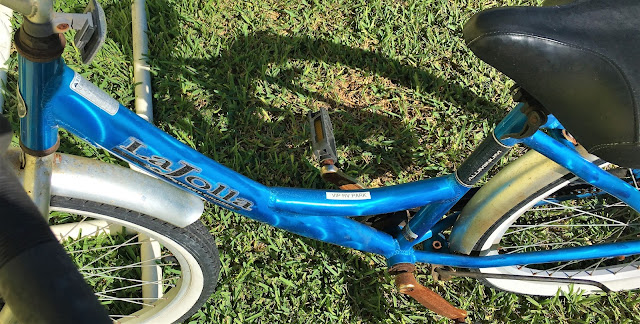 Around 11 am. we headed over to Donna Texas to the Don Wes Flea Market.  Its about a 15 minute drive.  As we are driving in a white pickup is coming to meet us.  It is our friend from home Richard Dyer.  What are the chances.  More about him later.  We are looking for someone to rewind our awning which has not been fixed since our mishap with the rain this summer.  Top Hat Awning was a place recommended to us and we found it quickly.  After a little trouble communicating with the lady at the desk, we think we have a repairman coming to look at it on Monday.  His service call will be $50.00 plus the time to fix it.  I'm guessing a couple hundred bucks to fix it.  A little different price than you would pay for RV repairman to come out at home!!!  Will tell you more on Monday.

Of course as you walk in to the Flea Market, there is the fruit and vegetable stand and they always have something interesting to draw you in.  The fruits and veggies are to die for at these markets and they all look so good.  Today the special was pineapples.  I am a sucker for pineapple so we had to have one. 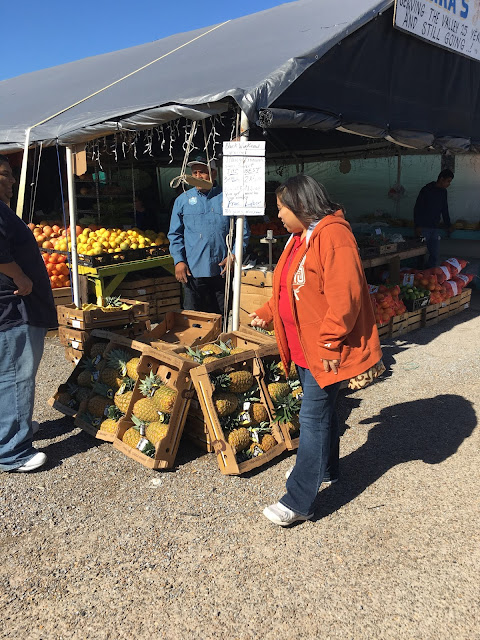 Part of the deal is that they peel it and core it for you right there and put it in a bag.  He just cuts off the ends and puts the whole pineapple on a little machine and pushes down, and bingo, its done. 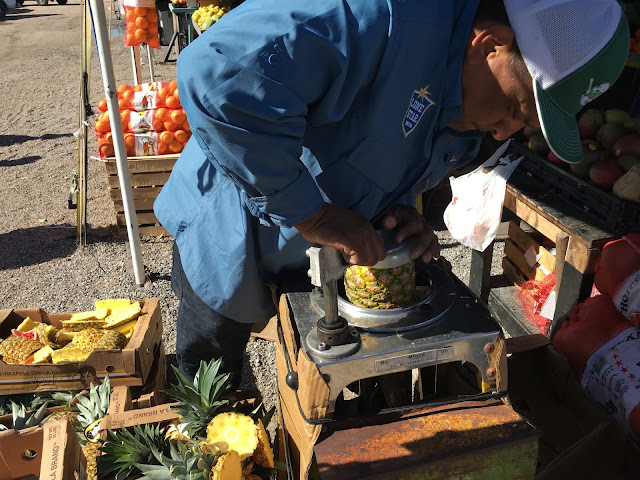 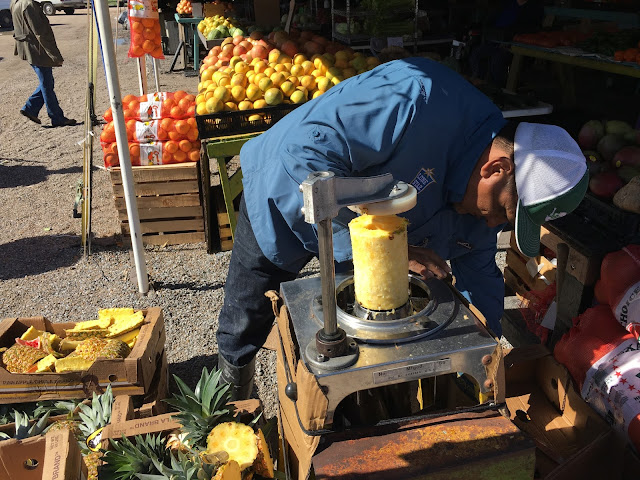 His sign is sort of cute.  3 bucks each and the labor is FREE to core it.  Good deal.  And he knows how to do it.  35 years experience. 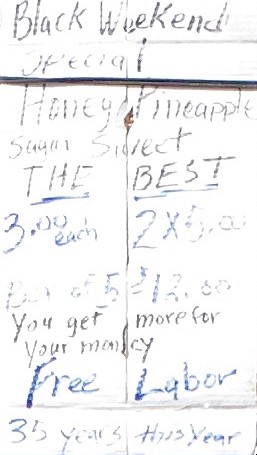 Right behind the Flea Market is the Victoria Palms RV park. This is where our friends Richard, who we ran into earlier, and his wife Bev Dyer, from back in Rivers, spend their winters.  We had texted them earlier and they said to drop over.  As we drive in we are met by the towering palms.  Very nice. 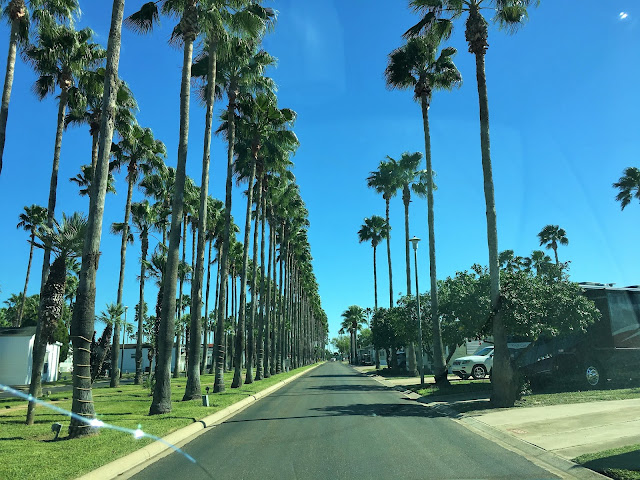 We spent about 2 hours chatting with them in their brand new 39 foot Montana.  They have a great spot and really enjoy this park.  They said there is lots to do and no time to be bored.  We left them around 3:30 to head back home because we had to stop at Costco and also want to take in a parade tonight which starts at 6 pm.  We will drop in on them again when Pat and Harold are down here in January.  Thanks so much for your hospitality. 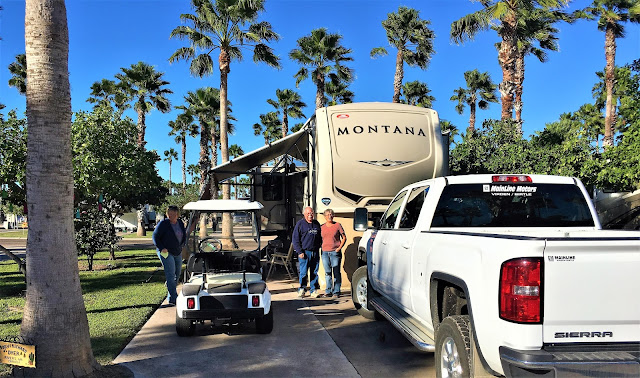 The parade was a couple blocks down the street from the Ponderosa so we just left Charlie at home and headed down there on foot.  The streets were full of people waiting for it to start.  Of course everyone comes to these Santa Parades because it is nice weather to sit out on the street, unlike at home when it is -30C for Santa Parades. 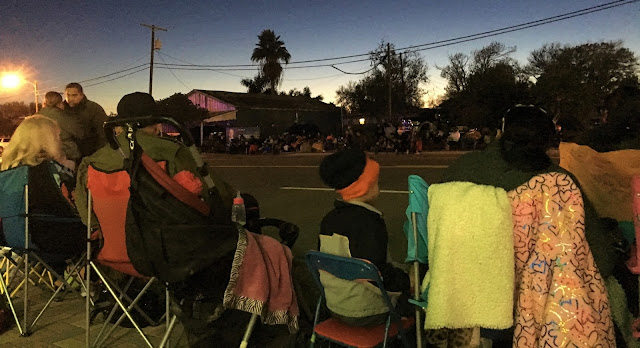 Lots of really nice floats, but not many commercial ones, rather family and community group floats.  The only commercial one I saw was the County Commissioner (or Mayor) riding in a pickup that had Jacks Liquor and Bottle Shop all over it.  It was only weaving a little bit so I think Jack was on his best behaviour!!!  I didn't get a picture in time.  Here are some of the other ones. 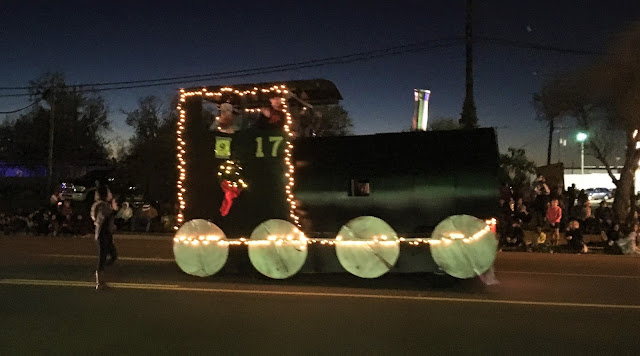 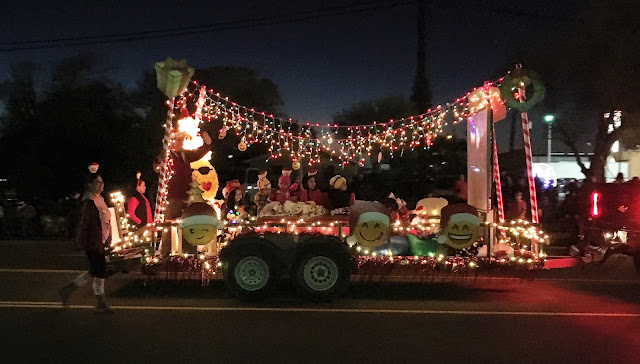 And of course the Jolly old St. Nick himself perched on top of a firetruck. 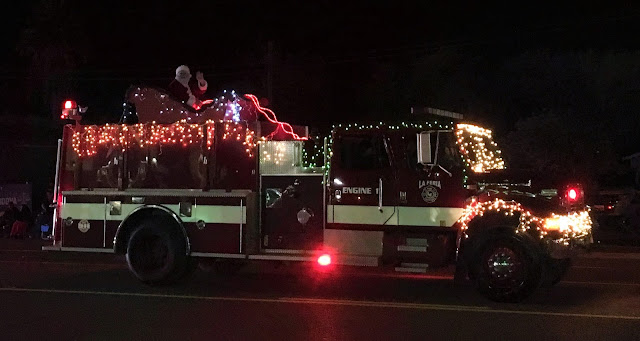 After the parade everyone went to the High School grounds where they had a small midway and games for the kids.  That is a neat way to end the evening. 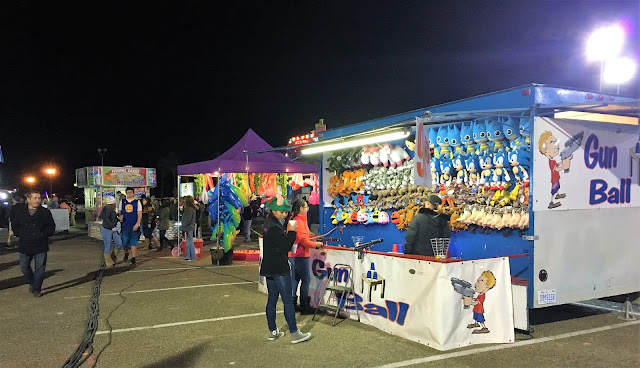 On the way home we noticed this McDonald's with a gas station out front.  We didn't investigate but there was no gas station building other than the McDonald's.  Maybe its a McGas Station!! 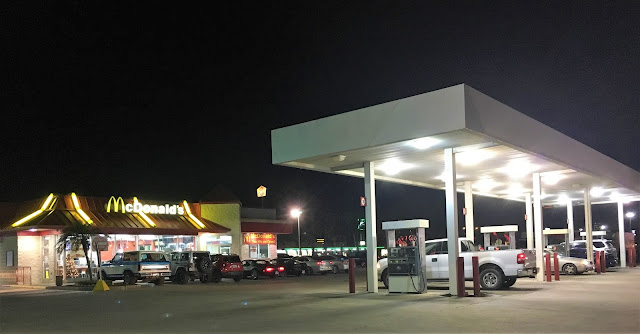 The view from our window tonight down the street. 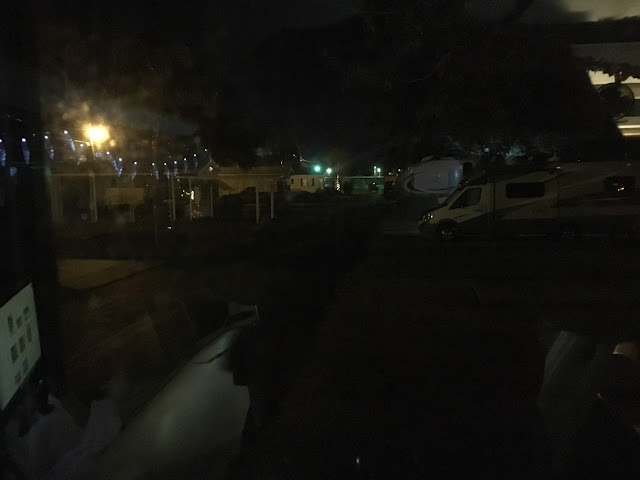 Posted by Lorne Green (A Place Called Away) at 18:58:00
Email ThisBlogThis!Share to TwitterShare to FacebookShare to Pinterest