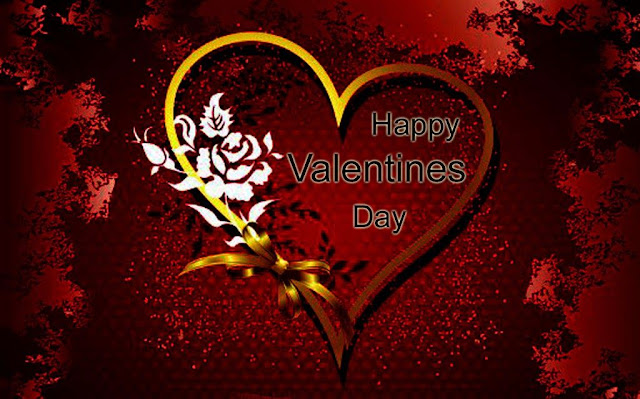 We were welcomed to the world of Grandparents this morning.  Grace was up at 6 ish this morning and Kaitlyn and Sue got up soon after to supervise.  I didn't have the energy to roll out at that time of day so stayed in bed until about 7 am.  Now remember we normally don't  rise until about 8:30 so this is a real shock to our systems.  But it is nice to wake up to a little one running around and being quite cute.  Today was Zoo day so we had to be ready to head out by 8:30 am.  We arrived at the zoo at just after 9 am. 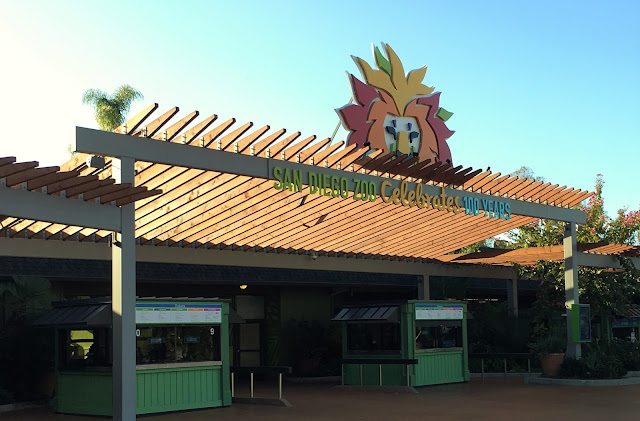 San Diego zoo is one of the places we wanted to visit, and has been on our bucket list for a while, so now we can cross it off.  First thing we did was to take a bus tour around the entire zoo which was a good idea because it gave us a good overview of where things were.  Also it was early so all of the animals were active and out where we could see them.  Grace loved the bus tour as well 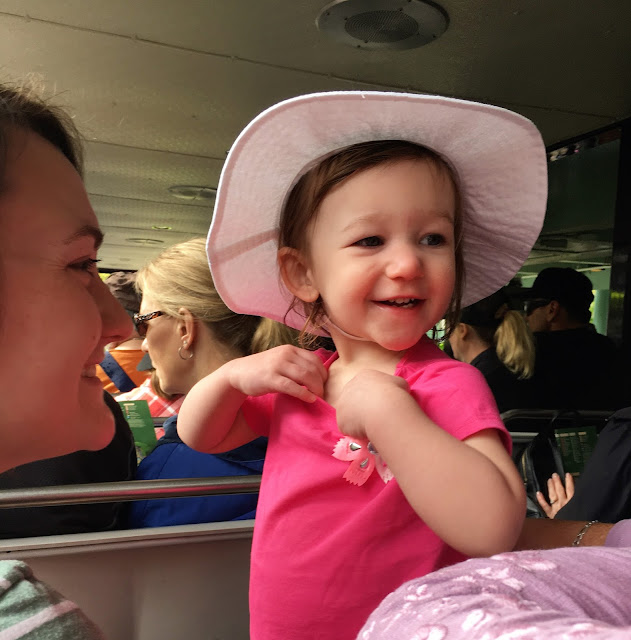 After the bus tour we took the tram up and over the entire length of the zoo.  This gave us a chance to orientate ourselves for the walking tour.  That worked very well.  We were set for the day. 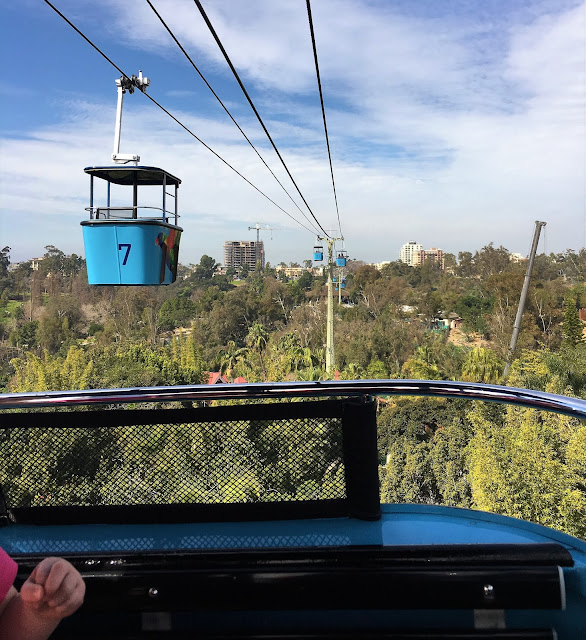 One of the exhibits I had looked forward to seeing was the Panda Bears.  These Panda bears have been on loan from a zoo in China and the loan has been extended a few times so they can stay here.  We were there just in time to get the commentary of the feeding process.  The lady doing the commentary really made it an interesting exhibit.  The bears were searching for treats that the zoo keeper had hid around the enclosure after cleaning it. 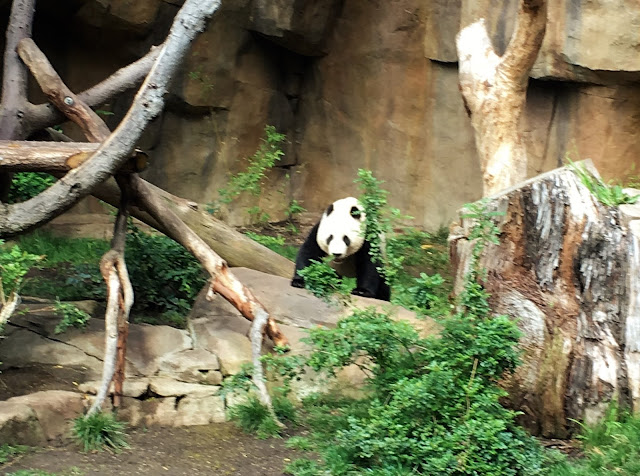 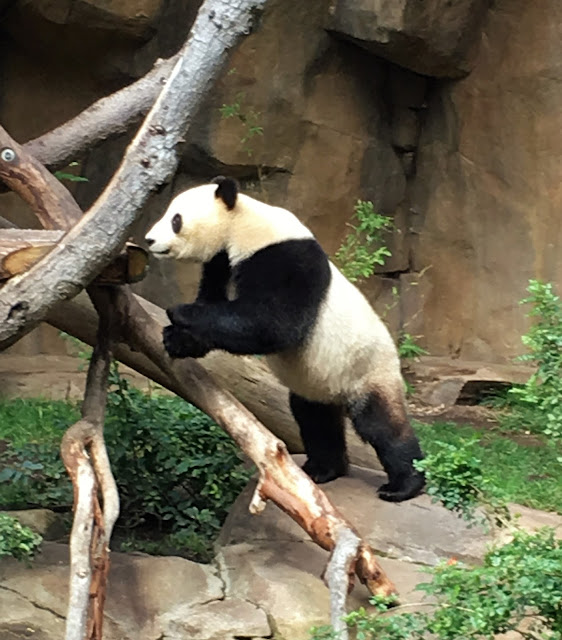 We saw all of the traditional zoo animals but the giraffe is a majestic animal.  One of my favourites. 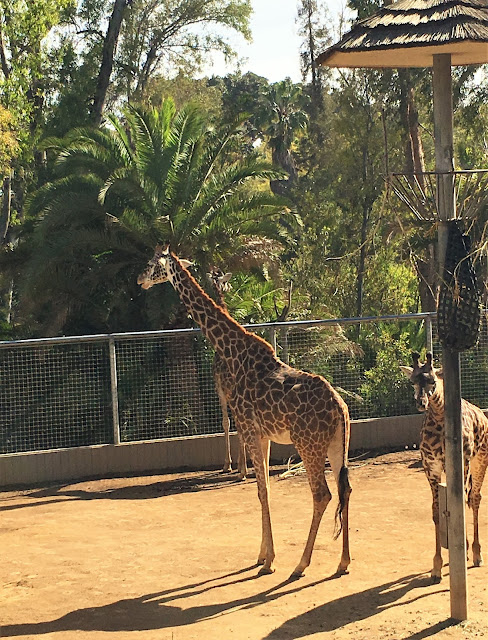 The Hippo was in a good spot today so you could really see how big they were.  He just laid there and would open one eye every once in a while to look at us. 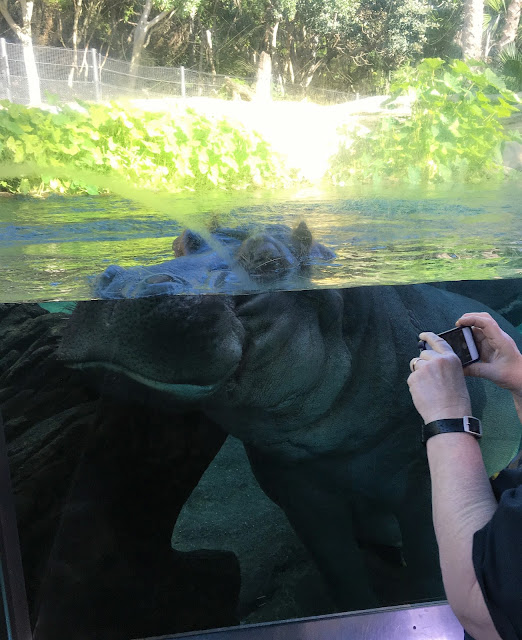 The polar bears were way in the back of the fence so we had to settle for a picture of Pat in an ice burg instead.  Such a good sport. 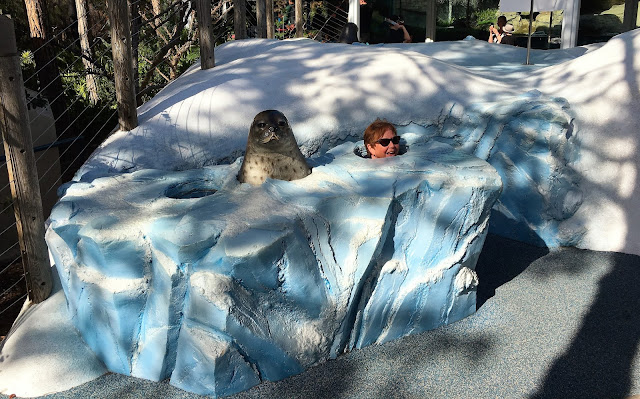 And Flamingo's are always a hit for everyone.

No matter how interesting the live exhibits were, Grace still loved the statues the best.  She wasn't scared of these Gorillas at all, but the goats in the petting zoo were not going to get any where near her. 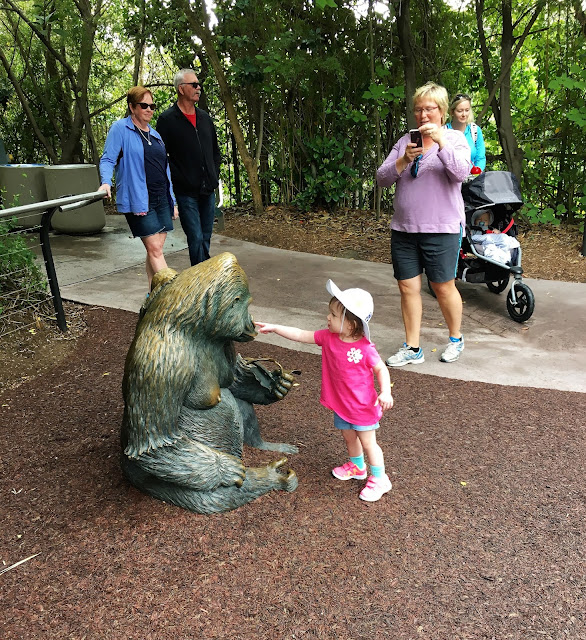 We left the zoo about 4:00 and headed down the freeway in rush hour traffic to In-N-Out Burgers.  We have heard great things about them but had never tried them.  In-N-Out Burger is an American regional chain of fast food restaurants with locations primarily in the American Southwest and Pacific coast. Before the burgers arrived I spent some time teaching Grace to dip her finger in the ketchup and lick it.  She caught on quite quickly. 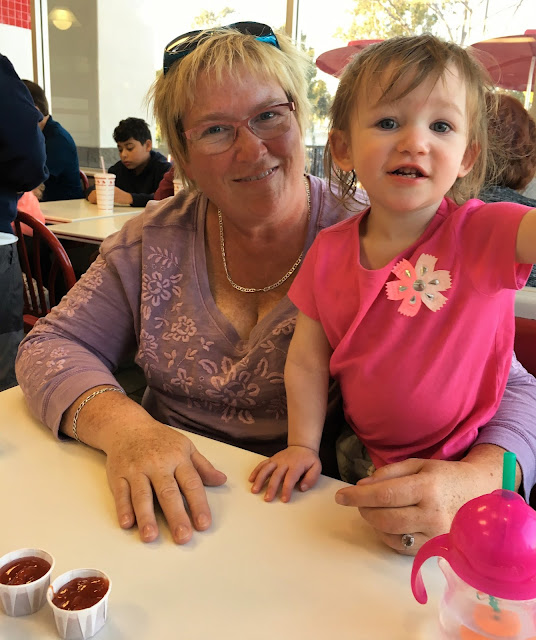 Supper for 4 for under $20.00.  Burgers and milkshakes were good but we all agreed that we didn't care for the fries.  Still a great deal. 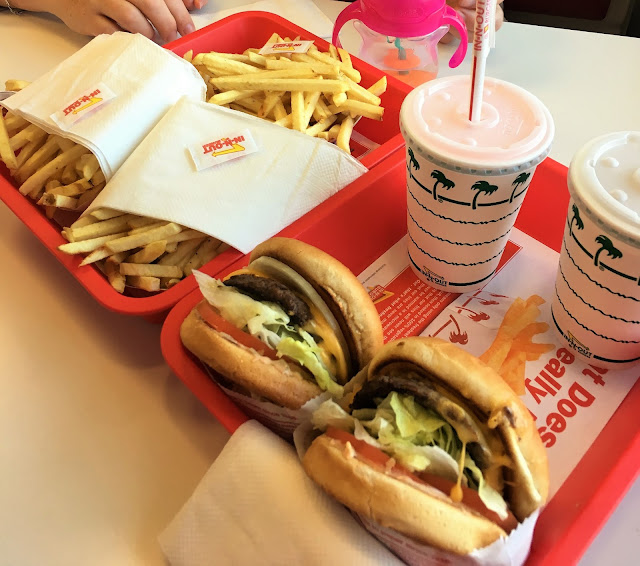 We headed home and put our feet up for the rest of the evening.  My pedometer said over 15000 steps today so the feet are sore.

Tonight we are still at Silver Strand State Beach in Coronado California, just outside San Diego California and this is the view from our window. 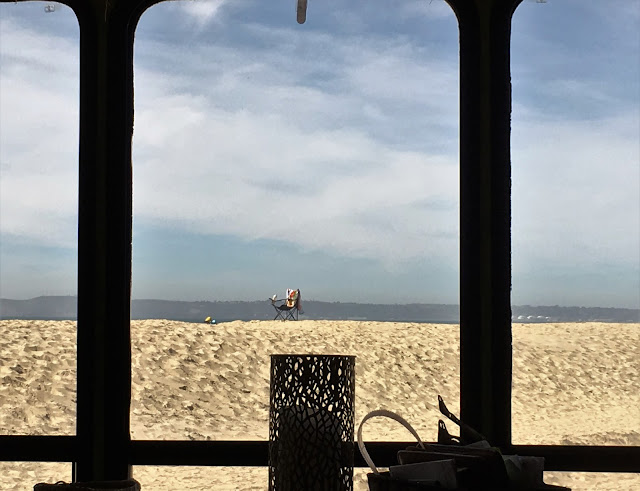 Posted by Lorne Green (A Place Called Away) at 21:21:00
Email ThisBlogThis!Share to TwitterShare to FacebookShare to Pinterest