Today was still supposed to be cool in Yuma so we planned a shopping day so we could stay indoors.  We were a bit surprised when the temperature went up to 17C but there was a breeze.  First stop was Cracker Barrel for an early lunch or late breakfast.  This is the Cracker Barrel where all of the RV spots are full of cars and trucks, so if one came along, there would be no where to park.  Just a pet peeve of mine. 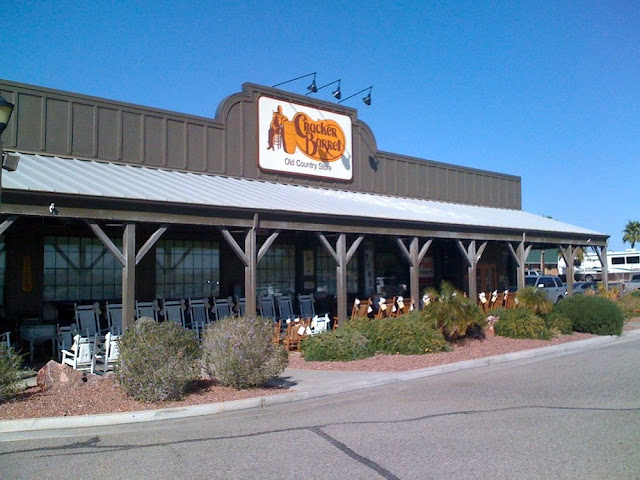 We drove all around Yuma looking for a store that sells LED lights for a Motor Home.  I thought for sure there would be lots of them but I was wrong.  We finally found one that had some but they were expensive.  Oh well beggars can't be choosers.  After our LED hunt we headed to the mall to find a few things for the girls.   Then we stopped at Pet Smart to buy Charlie some suave for his paw.  One of his pads has cracked real bad and we are having a tough time getting it to heal up.  It is really close to being good but we want to make sure.  We make him wear a cute little sock after we have put the stuff on it, and he leaves it on like a trooper. 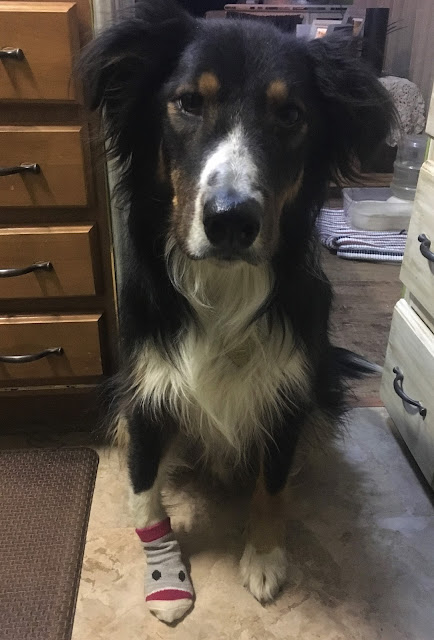 We stopped at a Sprouts Store to see what they had for healthy food. 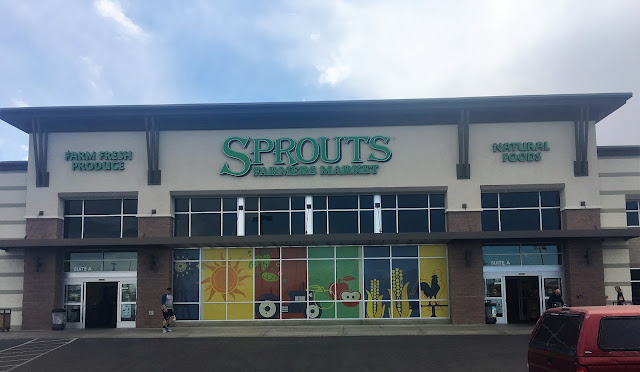 It was a great store if you need organic stuff at an inflated price.  I'm from a farm community and have witnessed how our food is produced and realize that organic labeling is sort of a farce.  The only thing that happens when the organic middleman gets involved stamping "Organic" on it, is that he adds a nice little sum to the price.   A lot of organic and non organic products come from the same field.  My opinion is that it is simply a money game.  Rant over.

We headed over to Fry's to get some normal food and some gas for the Jeep before heading for home.  Ed and Lessie have arrived and found a nest for the "Bird".  Will be nice to have them around again.  Kyra will not be with us until we get back to Quartzsite in 10 days or so.

Lessie came over soon after we got home to draw our attention to the awesome sunset.  By the time I got the picture it was not quite as spectacular. 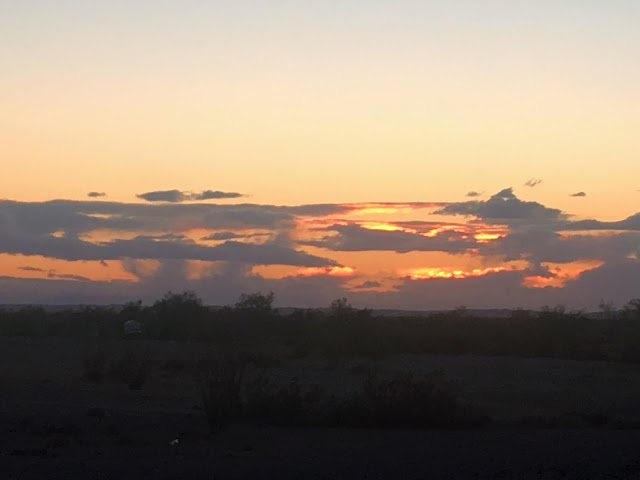 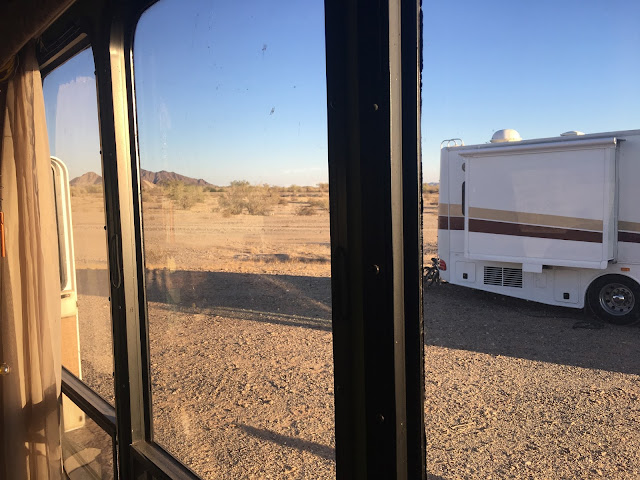 Posted by Lorne Green (A Place Called Away) at 19:55:00
Email ThisBlogThis!Share to TwitterShare to FacebookShare to Pinterest