We have reservations on the Dolly Paddle wheel cruise on Canyon Lake today so morning happy hour was a planning session for when and where and how.  About 12:30 we all loaded up and headed to Canyon Lake.  It is about a 14 mile drive on the mountain road which leads to Tortilla Flats so we didn't mind leaving a little early so we could take our time going there.  The mountains up that way are really pretty to look at.  Not long after we got there "our ship came in" from the previous cruise. 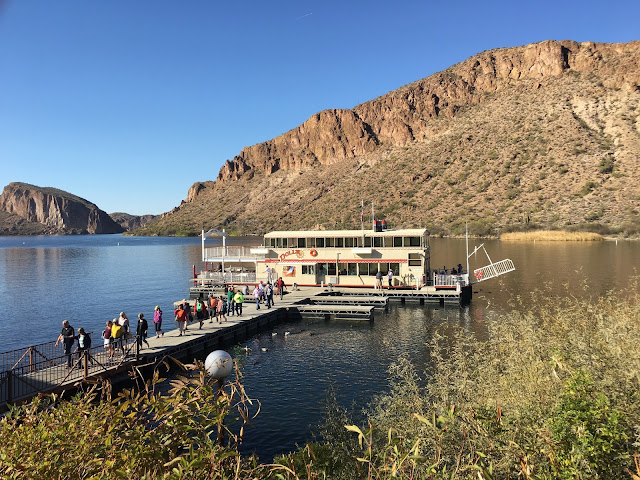 They were not long loading us on board and setting sail for our hour and a half cruise. 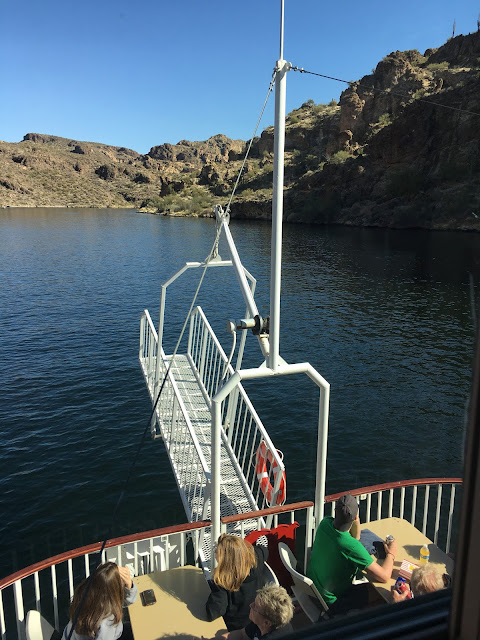 They said the boat was full and someone said that it holds 150 people on the two decks.  We were on the upper deck right at the front.  It was a great spot. 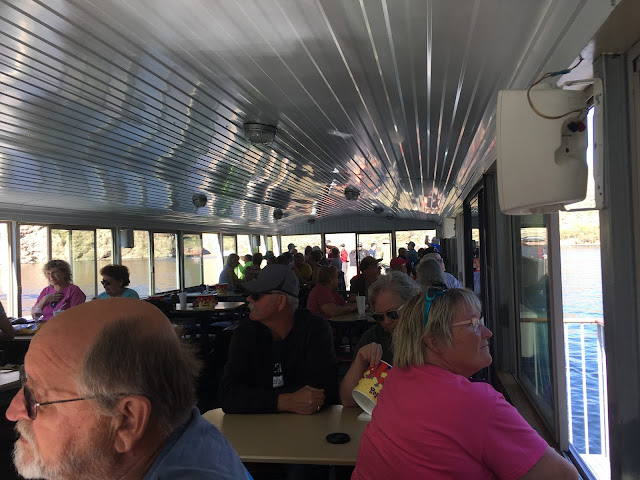 We saw some Big horn sheep running along the side of a mountain up near the top.  I couldn't get a picture of it because it was too far away.  We also saw a bald eagle nest waaaaaay up on a mountain peak.  You could barely see the eagles head sitting up there.  The captain (not pictured here) was very good in giving us lots of information on what to look for and what we were seeing. 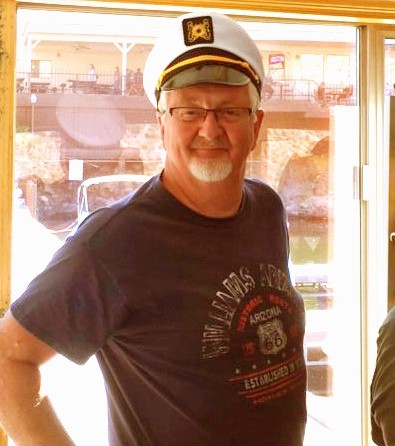 Way up the lake we saw some nice boats moored and I'm sure they are camping on board for a few days.  What a great place to spend some time.  There was some discussion on how we could float the motor homes up here for a few days. 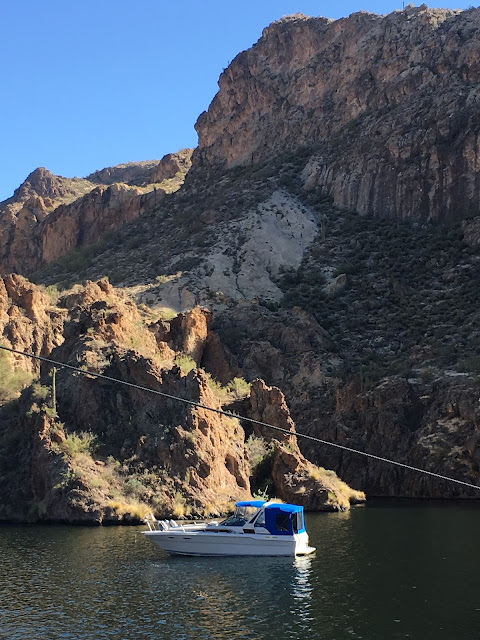 Because they served popcorn on the cruise, when we were finished the tour, everyone threw the left over popcorn to the ducks which were gathered around waiting for some treats. 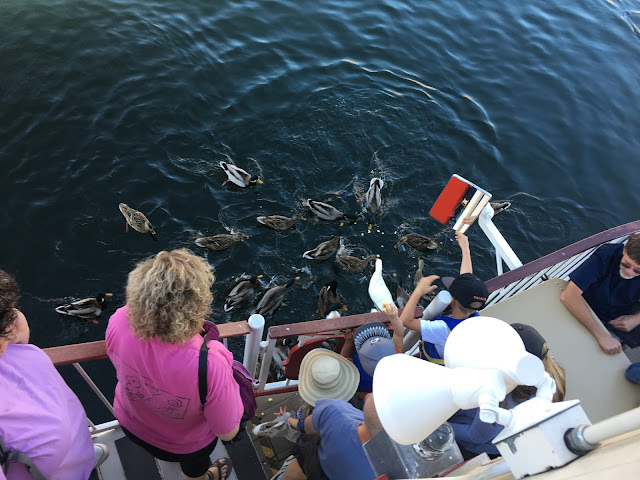 Chuck and Angie were riding with us and they had never been to Tortilla Flats before, so we decided to take them the 5 miles up the road to see it.  At least then they can say they have been there.  We showed them the hanging man.. 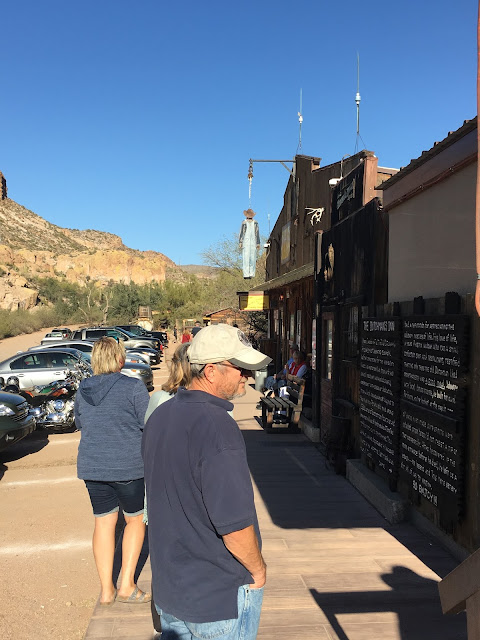 The restaurant/saloon with all the dollar bills... 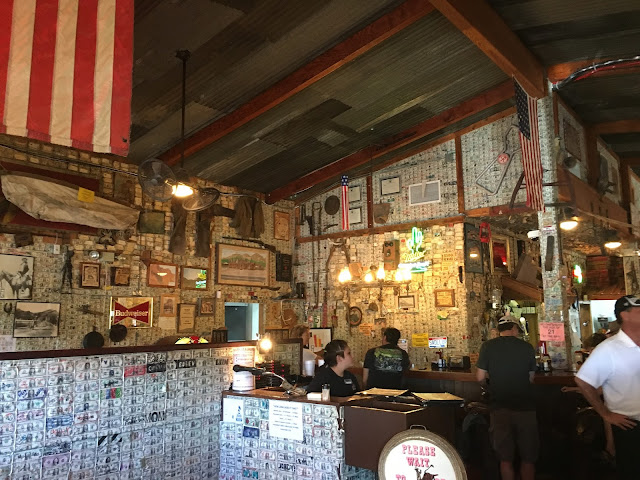 and the horse butt stools at the bar.. 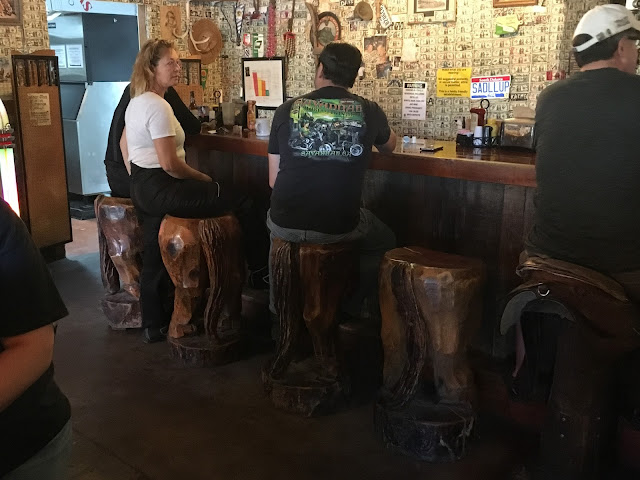 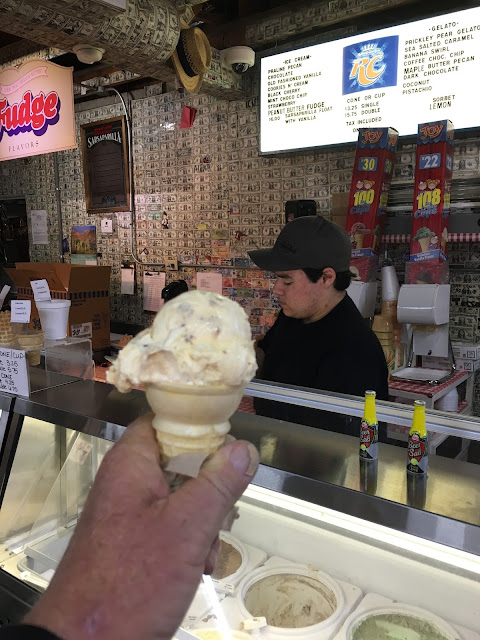 I'm sure if we charged that amount for our small cones at CJ's back home, there would for sure be a hangin!!!

After we got back to the Ponderosa we got ready and headed into Mesa to join Aunt Brenda and Don for supper at The Black Angus Steakhouse.  I think the world is making way too big a deal out of Black Angus meat as none of us were super impressed with the meal.  It was not bad, just not great.  We get spoiled with the good old Canadian beef which for the most part is not Black Angus.  The company was what we were there for and we enjoyed a good conversation over supper.  We will likely not see them again until next year at this time. 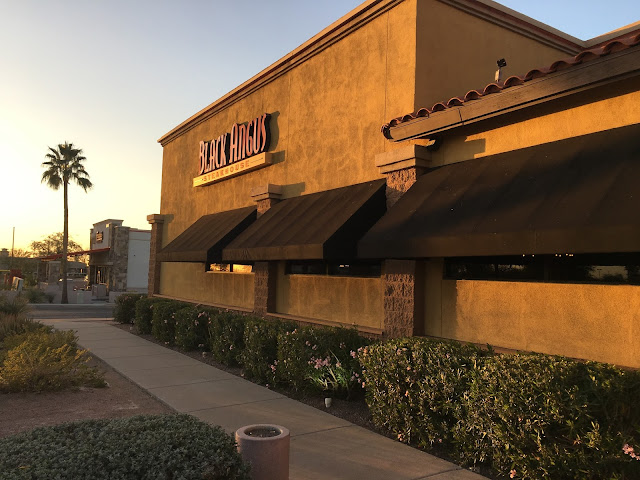 The view out our window tonight is the palo verde tree out our bedroom window. 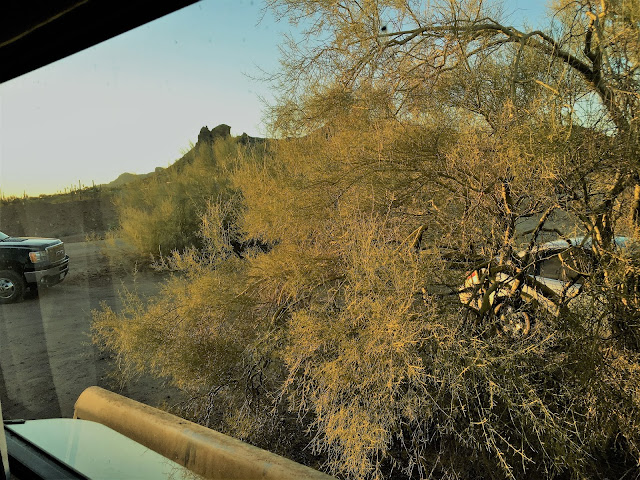 Posted by Lorne Green (A Place Called Away) at 21:06:00
Email ThisBlogThis!Share to TwitterShare to FacebookShare to Pinterest