Supper With Our Family

WHERE ARE WE? La Penita, Mexico
Today was the rain date for the family supper with our Mexican friends.  It is always fun to hang out with them.  Lots of really bad Spanish and English are to be found, but in the end the conversation gets said!!  And we think we understand for the most part.  We took some time to play with the kids and pose for a picture with Dante.  He is such a smiley kid. 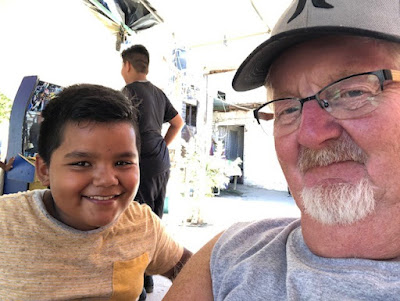 The two youngest members of the family. 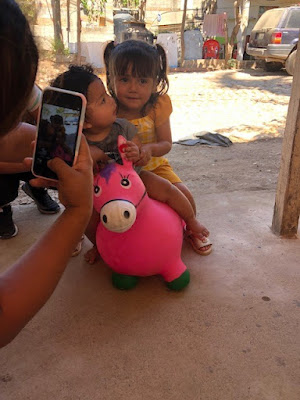 Kenia and I went out this morning and bought 3 kgs of shrimp which Ceci cooked up for us.  Some of the girls added rice and pasta and Pat brought veggies and Sue brought a salad. We had a feast fit for a King or Queen as the case may be.  (You can be whichever one you desire now a days!!) 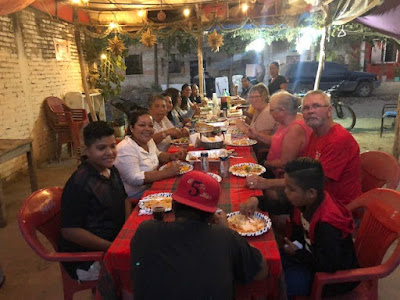 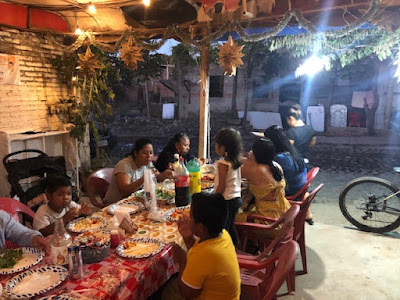 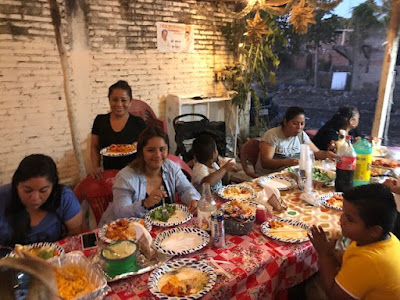 After supper we got out the Piñata and all of the kids beat on it until it broke.  There was a lot of candy inside.  They have a lot of fun and sing a little song as they beat on it. 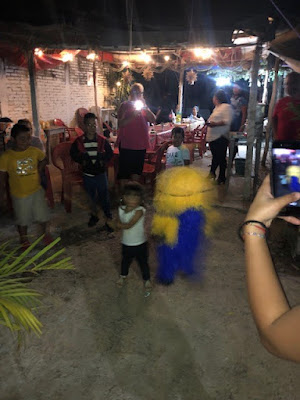 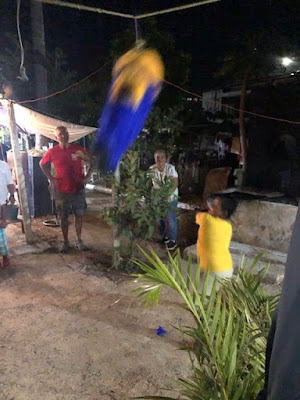 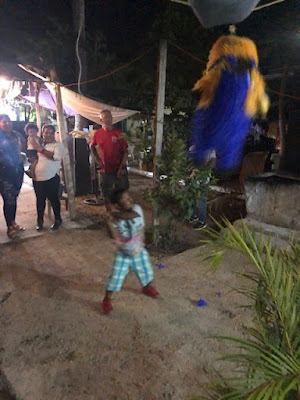 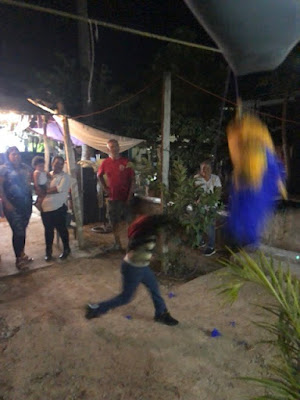 And it broke so all the kids scrambled for the candy. 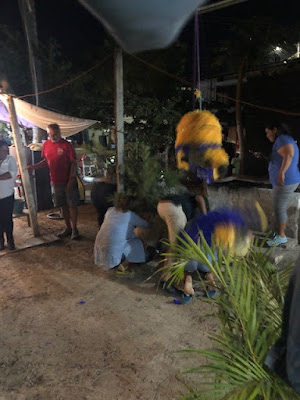 Sue just had to play around with the head trying to scare the kids. 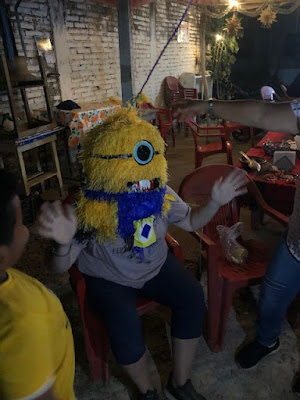 Oscar had asked us to bring the Jenga game so we did.  The kids had a lot of fun playing it and if they lost, they had to do a silly dance of some sort that Kenia played on her phone. 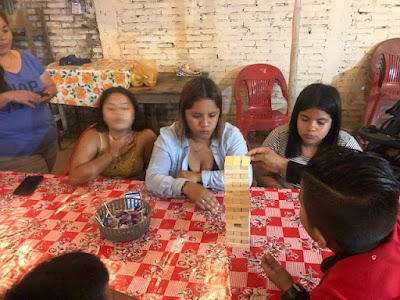 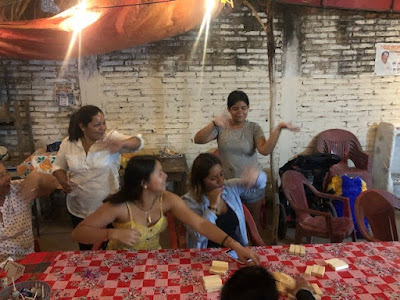 We finished the evening off with a rousing game of LCR!!  If you have never played this game, you should.  It is a lot of fun.  We had about 20 people playing which was actually too many but still fun.  All you need is 3 coins for each round.  We used 2 peso coins. 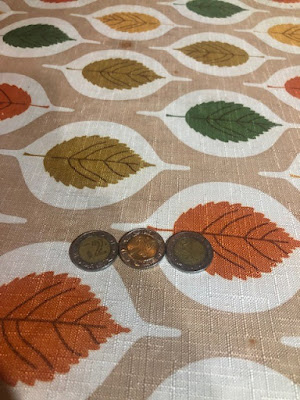 And the big winner was......Abuela Tina!!  That was good because she will treat all of the kids with her winnings.  We chatted a bit more and then it was home time.  Good night!! 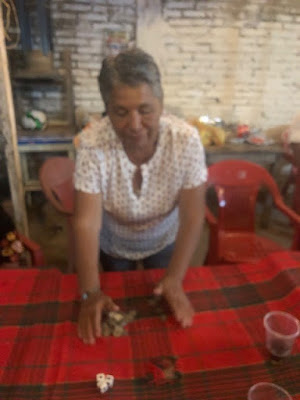 Posted by Lorne Green (A Place Called Away) at 20:00:00
Email ThisBlogThis!Share to TwitterShare to FacebookShare to Pinterest