Don't panic, its only a small Emergency.

Because the Dark Sky preserve was so nice we stuck around until noon before moving out.
I met a couple girls who had spent the night in a tent in the near freezing temps and gale force winds.  I went down to their site and it was nice but the tent was gone before I got there. 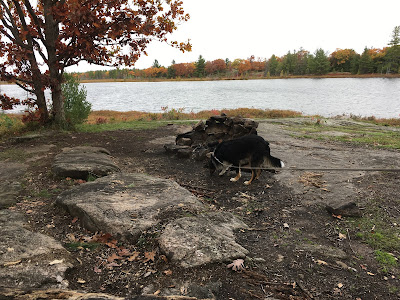 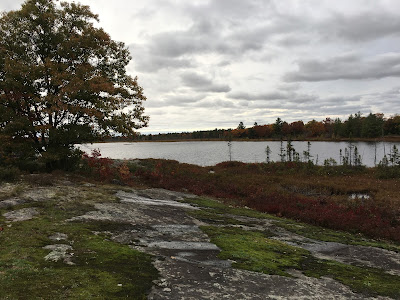 The girls had come to the parking lot near where we were parked to make their breakfast on a little camp stove.  It was quite unique in that it all folded up into a little bag so was quite easy to put in a backpack.

We headed out with the hopes of getting to Owen Sound.  Georgian Bay was in an angry mood as we went by it and it actually shoved the motor home around a bit with the side wind. 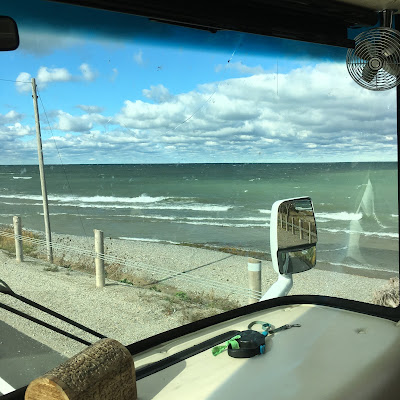 There are lots of quaint touristy towns on the way and some have narrow little streets.  It makes for a nice slow relaxing drive.  As we drove Sue got to feeling worse and worse so at Owen Sound we pulled into the Home Depot parking lot and there looking down on us was a sign.  So off we went to Emergency.  Seems she has some sort of bronchial infection, so she got some antibiotics and went to bed. 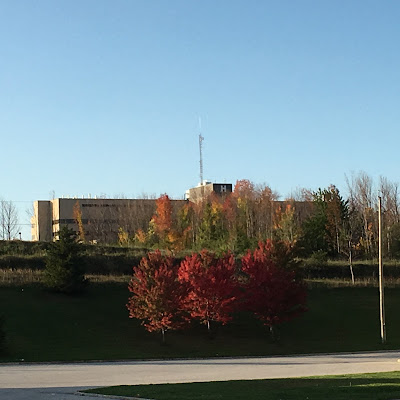 Hope tomorrow we are all feeling better because it is supposed to be a beautiful day to explore the shores of  Lake Huron.

Posted by Lorne Green (A Place Called Away) at 07:42:00
Email ThisBlogThis!Share to TwitterShare to FacebookShare to Pinterest