Moving down the road.

It started out as another cool damp day as we packed up and headed east toward Niagara Falls.  We decided to take the closest road to the lake all the way across which meant lots of meandering through little touristy port towns and down some nice country roads. 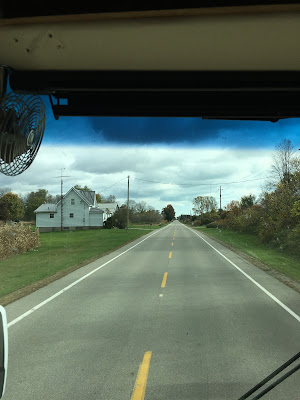 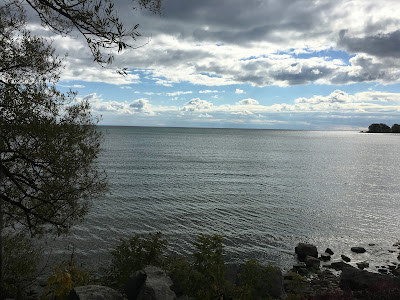 One of the ports Port Burwell had a submarine, the HMCS Ojibwa, on display.  Of course it was closed this time of year so we just looked from up the hill. 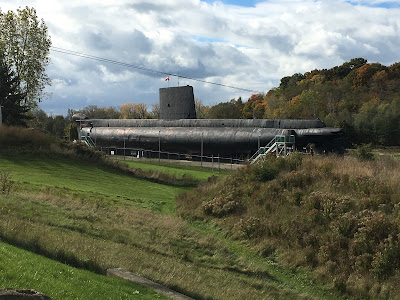 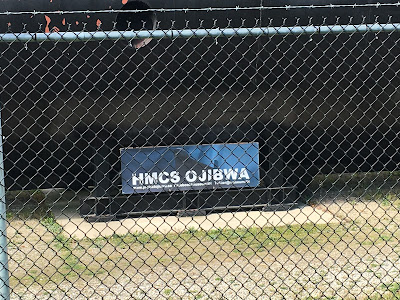 They also had an old lighthouse downtown which was similar to what was all up and down the coast at some point in the past. 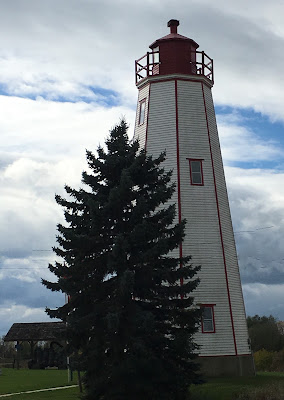 The road was 60 kms in lots of spots and never more than 80 kms so our drive took most of the early afternoon.  At one point we rounded the bend and a farmer was combining corn and unloading his grain cart into a semi-trailer right on the road.  The fields were quite soft from the rain in the last few days so this was a good option. 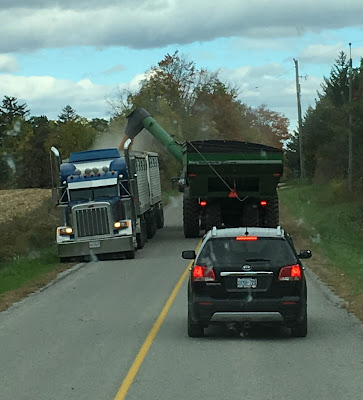 The colours of the leaves are fading but one type of tree is just changing to red now.  The inside of the tree is green and the outside leaves are red.  Very pretty. 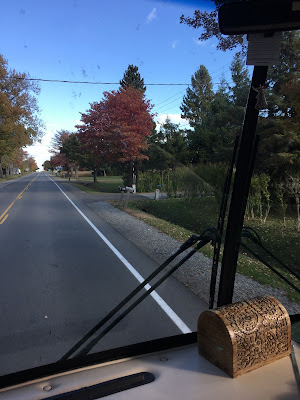 Wind turbines are a big thing in this country and we spotted this one being built. Notice the blades laying on the ground, ready to be lifted into place by the crane.  I would imagine they have to wait for a calm time to do the lift. 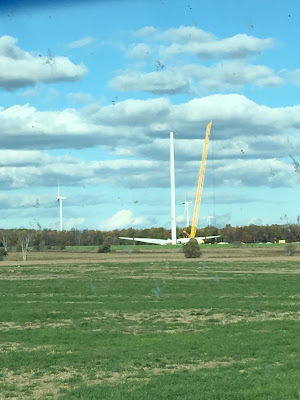 We finally made it to Welland, which is the city the Welland Canal is named after.  We even went under the canal in one spot.  That would be creepy if a ship had been going over the top. 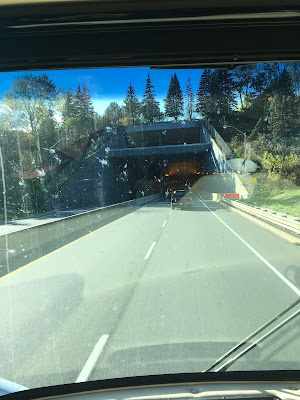 Our picture window view this evening. 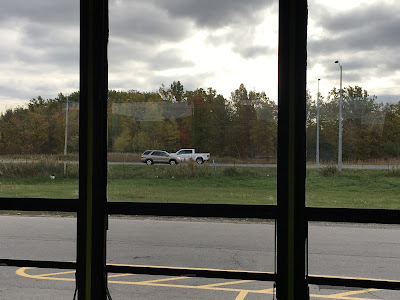 Posted by Lorne Green (A Place Called Away) at 14:02:00
Email ThisBlogThis!Share to TwitterShare to FacebookShare to Pinterest