There's a mouse in the house 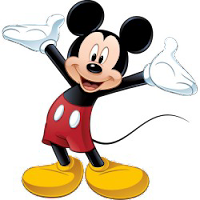 So I have to tell a little story today.  Last week when we were coming through Northern Ontario we were tucked in bed and all was quiet.
Sue and Kaitlyn were sure they could hear nibbling somewhere, but I just chalked it up to strange sounds in the night or the dog rustling.  This is certainly not the first time mice have tried to invade us and they can be very persistent.  I told them just to go to sleep and maybe he would head out into the wilderness.

Now for another story.  Next morning was quite cool so I turned on the furnace for a couple cycles to warm things up for our granddaughter.  Furnace kicked in and ran like a dream.  Second cycle when the fan cut in the furnace began to bang and vibrate like someone had thrown a stone in it.  I shut it off and checked briefly to see what the problem might be.  I noticed that the back end of the furnace was open to our bar cupboard and that 3 cans of pop had fallen down and were lodged next to the furnace.  I removed them and never bothered to try the furnace to see if the problem was fixed.   Next morning was chilly again so I fired up the furnace again and once again it began to bang.  Now we all know that in the RVing world "if anything can go wrong, it will", so I thought there must have been something fall directly into the furnace fan.  To find out for sure would mean removing the furnace to have a look.  No time right now so off we went knowing I now had a project for a rainy day.

Today was the preverbal "rainy day" even though it was not a rain day.  Actually it was about 22C and felt quite warm. 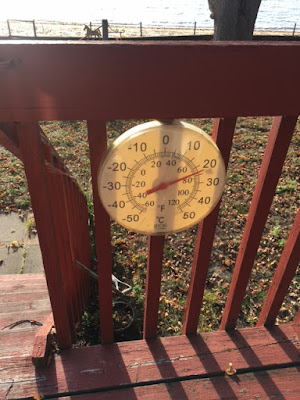 So I took the front off the furnace and fired it up to see if it still did the same thing.  It kind of vibrated but didn't have that aggressive banging today, but there was an awful smell coming from it.  It smelled like rotten milk.  Sue didn't think she had spilled any but with a grandchild around anything is possible.  So I took all the heat ducts off, disconnected the gas line and pulled out the furnace.

I turned it on its side and shook it and guess what fell out????   Your right, a half decomposed mouse. 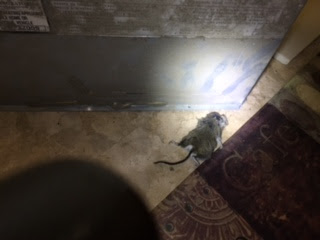 This is where the two stories come together.  The poor wee thing had crawled in there to warm up on that cold morning and the furnace fired up and either bonked him on the head or cooked the poor thing.  He was heavy enough to throw the furnace fan out of balance and make it vibrate really hard at that time but after about 5 days of decomposition there wasn't much left of him so he didn't make it vibrate as bad, but he did stink.  I was glad I got this problem solved without a bunch of expense.

One thing I did learn is that it isn't really that difficult to remove the furnace.  There are 4 screws, 4 heat ducts and disconnection of the gas line and out it comes.

There is enough wire on it that you can manipulate it quite a bit without having to disconnect them.  This makes it a little easier to put back. 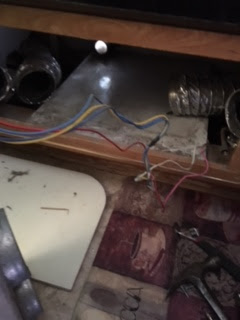 I also figured out that if you remove the outside vents it makes it easier to replace the furnace, then you can put the vents back on very easily. 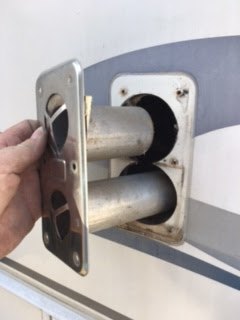 Today I tried to book an appointment at the Freightliner dealer here in North Bay to check why my ABS light is on.  He told me he was quite busy and was booked into next week which I can understand.  I mentioned that it is good to be busy and I could wait until then.  Then he made his mistake.... He told me my motor home was very low on the food chain and he wasn't really concerned if I made it to Florida on time or not!!!!!  Can you believe it????  Well Ken at Freightliner North Bay...You just lost me as a customer.  I hope you treat your regular customers better than that.  I guess I will be trying harder to find the problem myself. 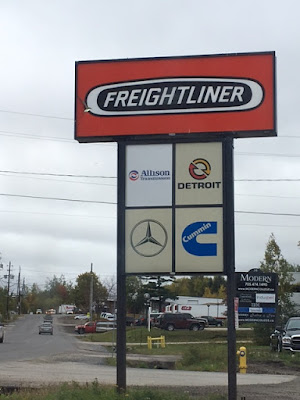 Next stop was Dirty Rydz which is a wash and detailing business.  They were super friendly and told me for $149.00 plus tax they would make the Jeep look new again.  Only thing they don't do is the engine because they have environmental problems with the grease and oil.  At least they were up front about it so I will go do the engine compartment at a normal car wash.  I have an appointment for Friday morning.

Then I went to see what new door weather stripping for the drivers and passengers doors would cost.  The old ones have tears in them and let dust in.  $150.00 per door!!!  That’s $300 bucks.  Not a chance.  I went to Auto Central Truxx and they will have used ones tomorrow for $60.00 each. 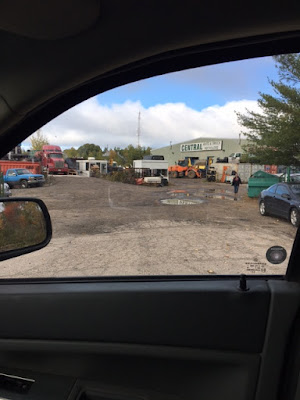 After all of this we had another family supper because our daughters and granddaughter are heading back to Manitoba in the next couple days.  Maybe I will get some time to exercise and get back in shape once they are gone. We will miss them lots over the winter.

Posted by Lorne Green (A Place Called Away) at 08:40:00
Email ThisBlogThis!Share to TwitterShare to FacebookShare to Pinterest