The Welland Canal is something I have always wanted to see, so today was the day for a tour.
Sue is still not feeling that great so she stayed home in bed so I got to do a man tour.  A man tour is when you check out the why it operates the way it does, tour, rather than a girl tour which is how pretty it is tour.  First goal was to find the canal and some ships.  There is the tell tale sign of some locks ahead. 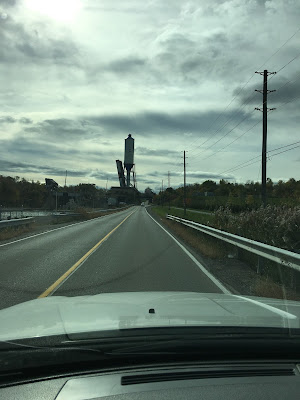 Sure enough when I get there a large ship called the Bluewing was getting lifted up to the next level. It is amazing how fast it happens.  It takes about 30 minutes for the ship to enter the locks, lift to the next level and exit the locks.  The actual lifting only takes about 10 minutes of that with the rest being positioning the ship.

The wheel house and the working end of the ship are quite large on this one because it is actually an ocean going vessel.  I checked with the information lady and she said it was empty and going to Toledo Ohio to load soy beans. 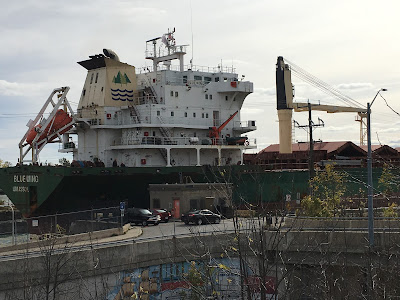 Because the canal runs through a very populated area, there are lots of lift bridges along the way.  I only saw a couple of the small ones lift today, but hope to get a picture of one of the big ones tomorrow. 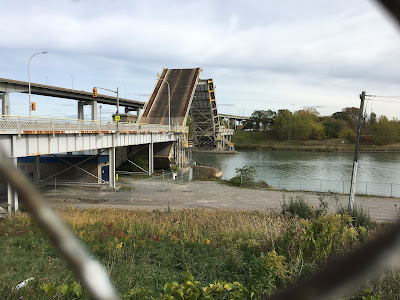 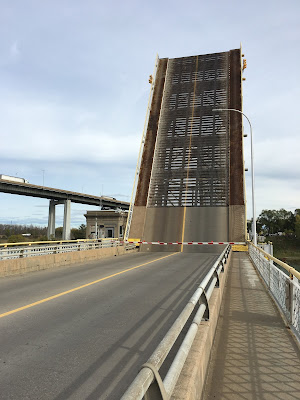 The John J. Carrack hauls asphalt oil and is owned by McAsphalt Transportation Company.  I don’t know it that is a subsidiary of McDonalds or not? 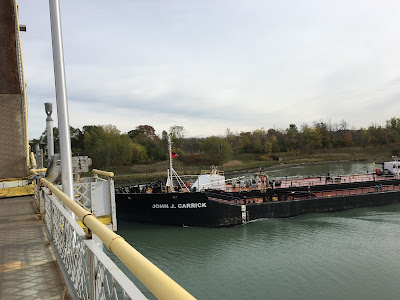 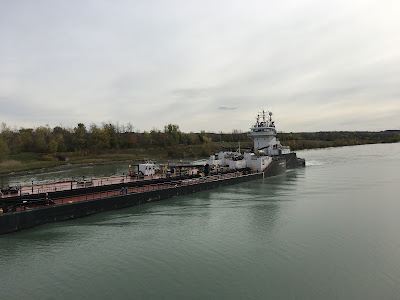 Along the Welland Canal Parkway, near and industrial area, I came across this little hamburger and fries joint.  On the menu they had Newfie Steak sandwich.  I had to have one and it was worth it.  It was two fairly thick slices of bologna on a hamburger bun with peppers and mayo and all the trimmings.  I added some fries and called it a meal. 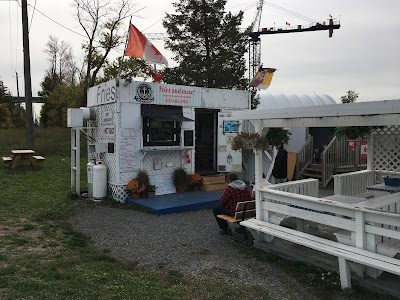 After supper Sue and I took a quick drive to Niagara Falls just because it was only a few miles from our motor home.  It was windy and rainy there so Sue took a quick picture and we left.  The picture is very eerie looking, which is fitting for the season. 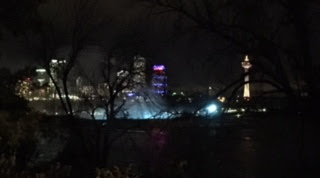 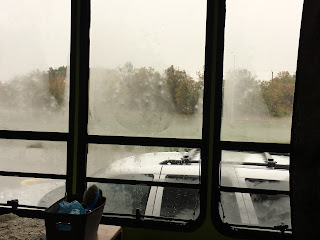 Posted by Lorne Green (A Place Called Away) at 15:25:00
Email ThisBlogThis!Share to TwitterShare to FacebookShare to Pinterest