Yesterday we spent the day in preparation for Sues moms memorial tomorrow.  Sues sister and her husband live on top of the hill overlooking North Bay
.  There are lots of hiking trails that I am going to explore when I get my wind back. 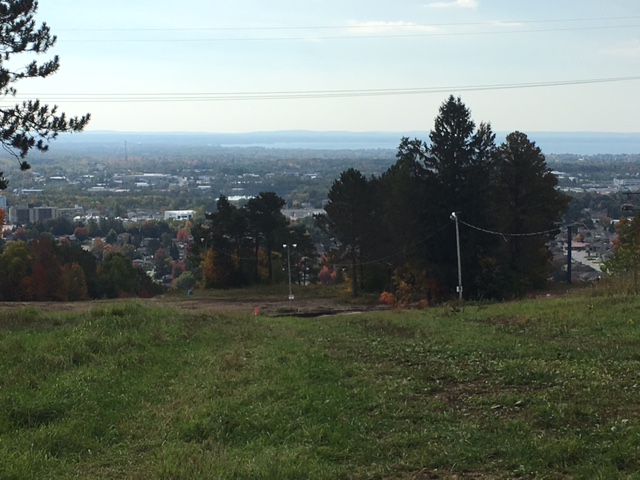 I still can't get over walking in the forest with this gorgeous ceiling of burning colours above you.  Pictures can never show the true beauty but I just have to keep trying. 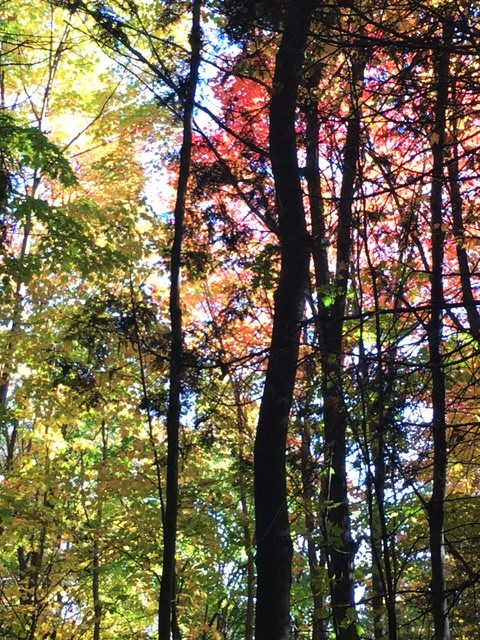 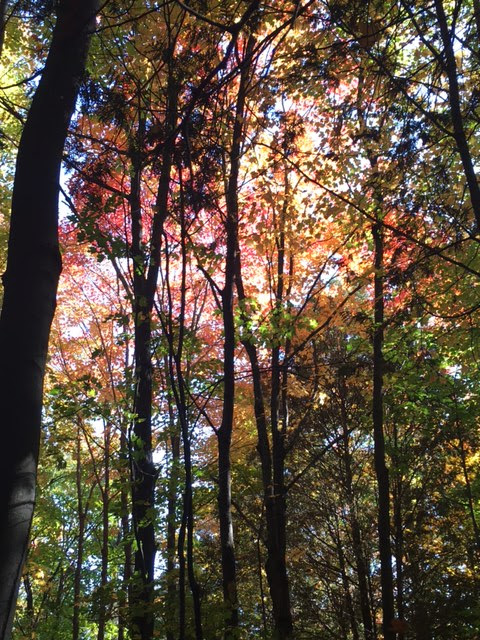 This area is full of maple trees and the leaves are everywhere.  The maple leaf is the characteristic leaf of the maple tree, and is the most widely recognized national symbol of Canada.  It of course is the main part of our Canadian Flag.  I'm sure someone will want to change that one day because it offends them. 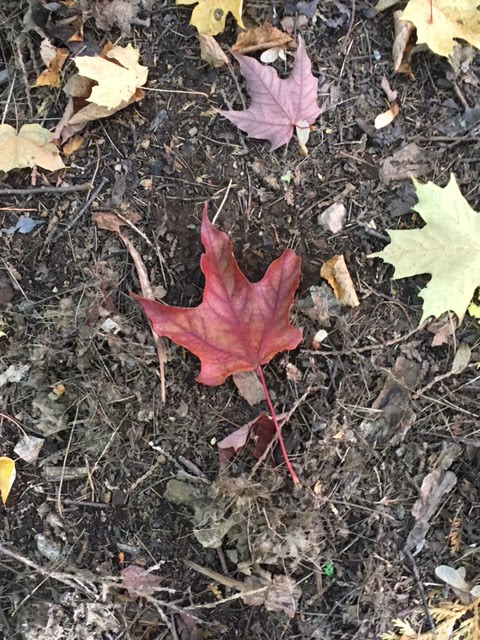 Because we are not on tour for the next few days but rather sitting around visiting with family, I am going to give you some facts on the North Bay area.

The Dionne Quintuplets were born in Corbeil, Ontario, on the southern outskirts of North Bay in 1934. Their births had a tremendous impact on tourism in the area. In fact, the Dionnes may have saved the economy in the district during the Depression and beyond.

The North American Air Defence Command (NORAD) opened its Canadian operations centre at the North Bay Airforce base. Manned by American as well as Canadian military personnel, the centre, situated 60 stories underground to withstand a nuclear strike, monitored Canada's northern, east-central and Atlantic airspace, identifying and tracking all air traffic in this airspace, and responding to airborne emergencies, crime, and suspicious, unknown and potentially hostile aircraft. It has since closed.

And as Paul Harvey would say.....and thats the rest of the story.

Had to share our new bed spread.  My wife is an awesome interior decorator. Think I will go try it out. 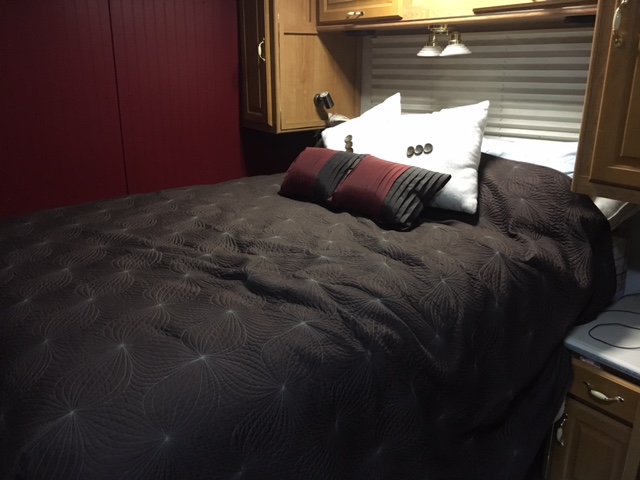 Posted by Lorne Green (A Place Called Away) at 06:41:00
Email ThisBlogThis!Share to TwitterShare to FacebookShare to Pinterest