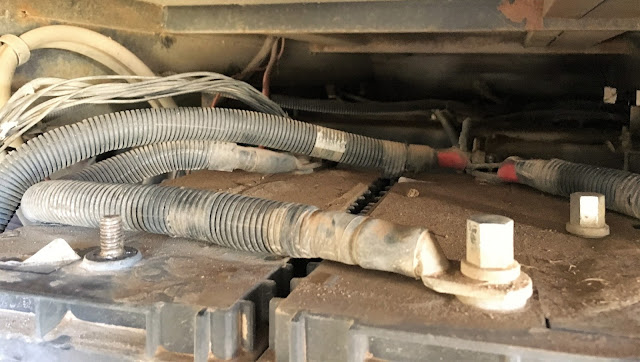 I tested the batteries and one actually showed a dead short and the other one failed the load test miserably. After getting the batteries out, I noted that they had been installed in 2008 so had done well to last this long. 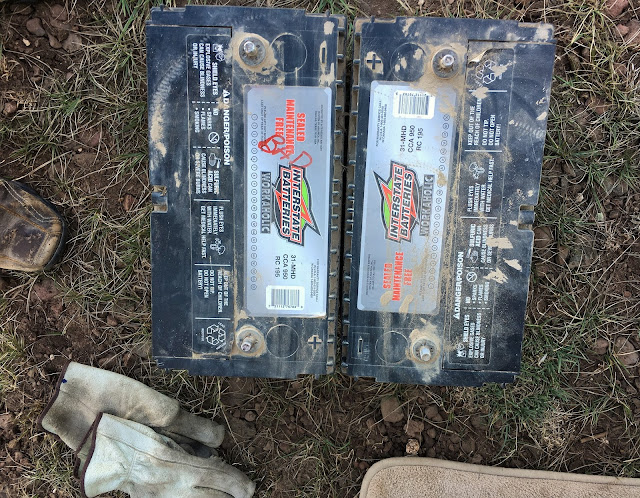 Now getting batteries with 950 Cold Cranking Amps in the southern US is sometimes a bit of a chore.  Lots of 600 CCA, even Walmart has those.  I like lots of CCA just in case we have to do some colder starts.  I called a couple places in Williams to no avail, before figuring out that a truck place might have them in Flagstaff where it gets quite cold at times.  Sure enough, Frieghtliner had 60 of them sitting on a pallet and with core exchange and everything they were even cheaper than the ones at Walmart.  $180.00 USD, tax in, for two batteries.  SOLD!!!  Always a nice feeling to have nice new shiny batteries. 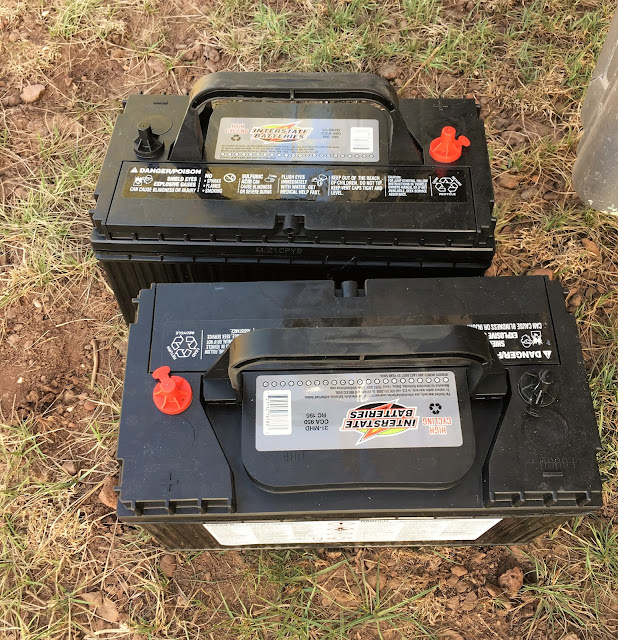 While in Flagstaff we had to stop at Walmart and I took time to visit the washroom.  The ones at the front of this Walmart were both Family Washrooms which I have never been in before.  I was quite surprised to see that they even cater to the wee tots with a wee toilet for them.  How thoughtful.   Live and learn. 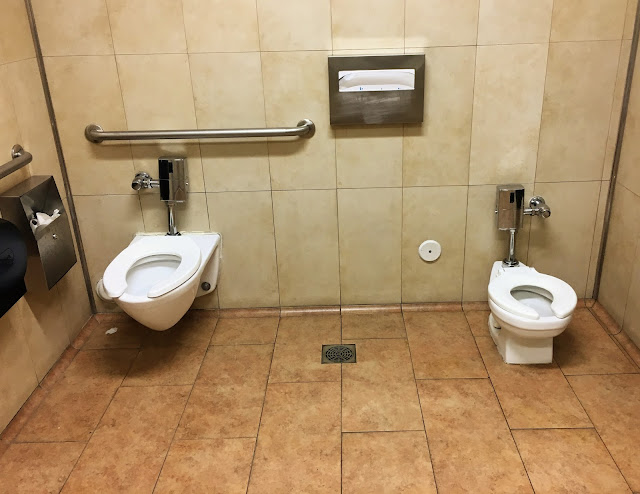 On the way to Flagstaff we were reminded that winter is not that far away.  The temperature was about 23C on the highway. 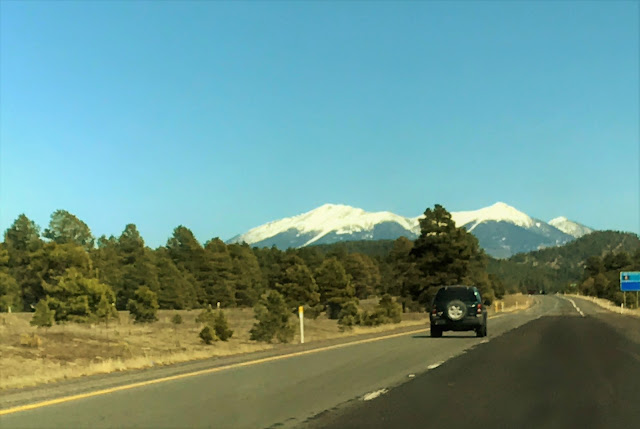 On the way back from Flagstaff we saw a few snow banks still hiding in the trees along the road.  Made us want to stop and have a snowball fight.  We commented that we can now say we had winter.  Our seasons go Summer, Fall, Summer, Spring, Summer, Fall. 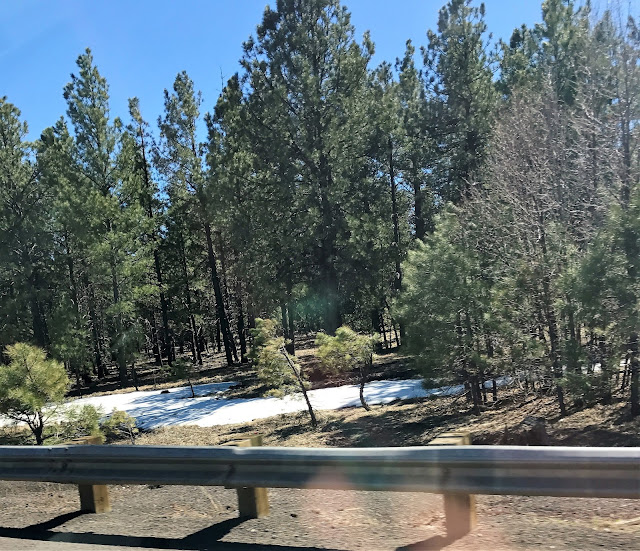 Now that Kyra has arrived, our little encampment looks a little better.  Here is what it is like now. 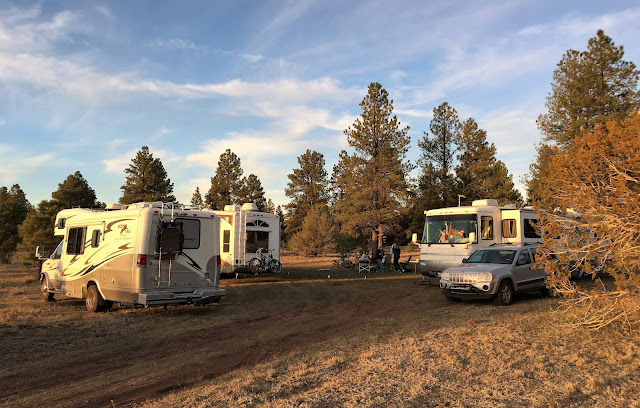 After supper we all settled in around the bonfire with some snacks and lots of stories.


About the time the bonfire meeting was adjourning, the wind changed a bit and when we went home we looked back at Pat and Harold who were going in their door and started to laugh.  It looked like their trailer was on fire with all the steam rolling around. 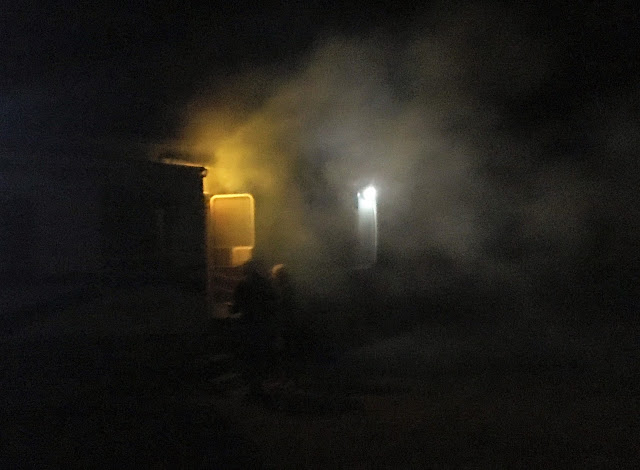