We headed up to the Grand Canyon today.  On the way we went by a little air museum called Planes of Fame, that might be interesting to check out on another journey this way.  It is a few miles north of Williams on the way to the canyon.

When we got there, we parked and had a little hike to the rim.  Sue and I were here a couple years ago so we knew what to expect, but Pat had not been here since she was young, and Harold has never been here, so it was interesting to watch them anticipating what they were about to see. 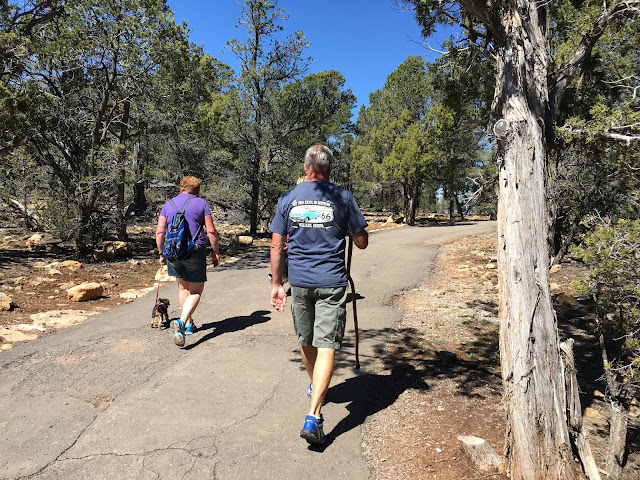 I think they were amazed at what they saw when they broke out of the trees.  Pictures can never show the sheer magnitude of the Grand Canyon.  There is no wonder it is one of the 7 wonders of the world. 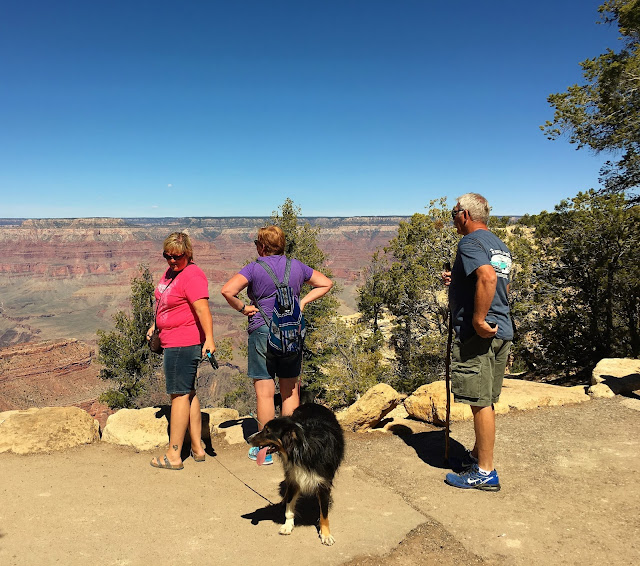 Harold and I share a bit of a fear of heights, so we had to sneak up on the edge.  Once we got used to it we were better but it took a few minutes.  Sue on the other hand has no fear of heights. 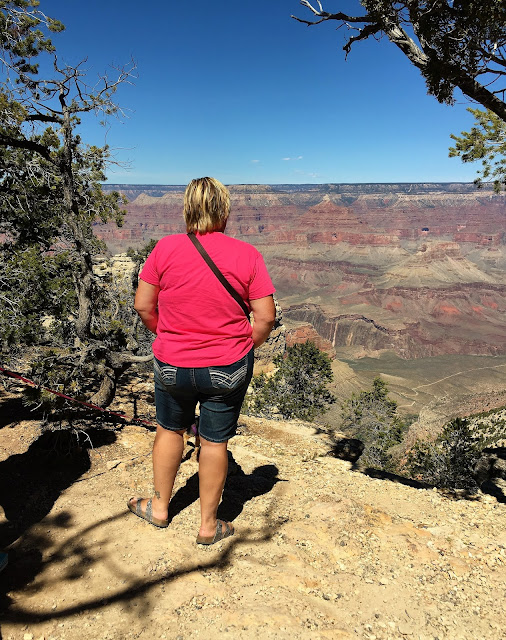 I don't think pictures can do justice to this grand place but I have to post a few.  If you haven't visited here yet, make sure you put it on your bucket list. 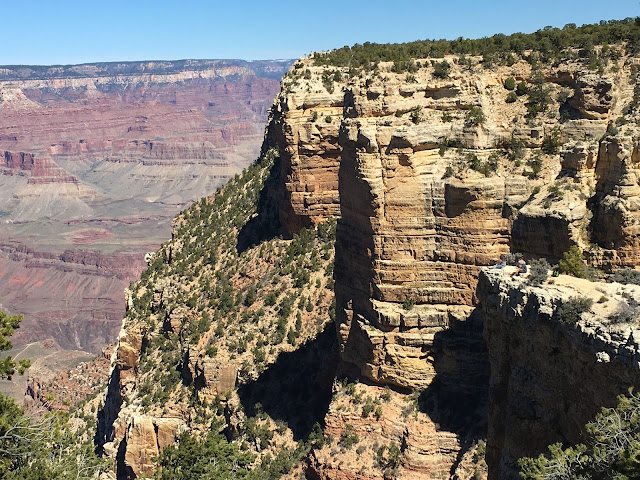 Susan took this picture of some faces in the rocks.  Maybe not human faces but rather dinosaurs or ET or something like that.  There must be others who have seen this and named them but I have not heard anything about it.

It always amazes me that they allow people to wander all over the edge of the canyon.  I am surprised that they have not had to build a fence all the way along it like most things in this world to protect the stupid from
themselves. 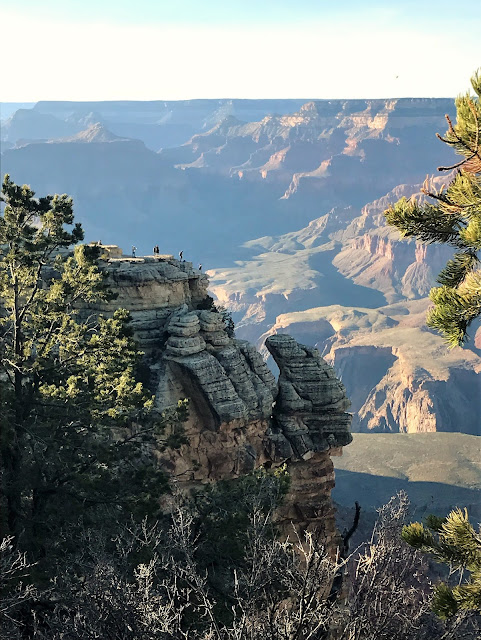 People will do anything to sell something to someone.  This is one of the books that were for sale in one of the shops.  Lets get the kids sorting through poop to find out who or what left it there.  Pass the hand sanitizer!!!! 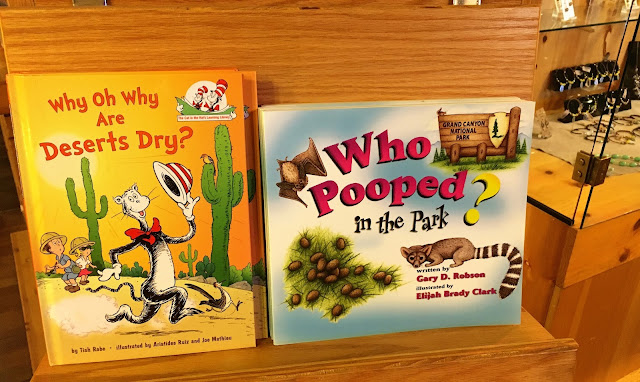 I saw this shuttle and thought if I could get one of these I could make it into an awesome motor home. 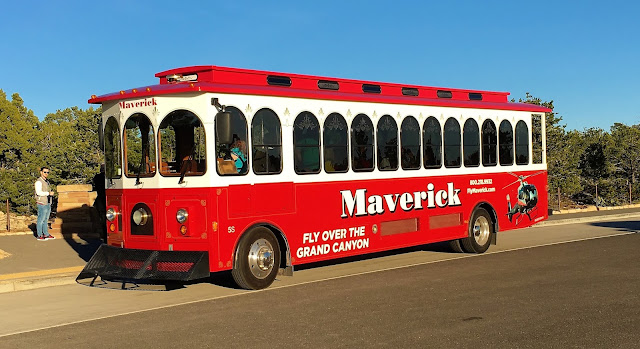 We finished the day with some pictures by the edge of the canyon.  Harold and I were still a bit hesitant and the girls had to guide us into position for the pictures. 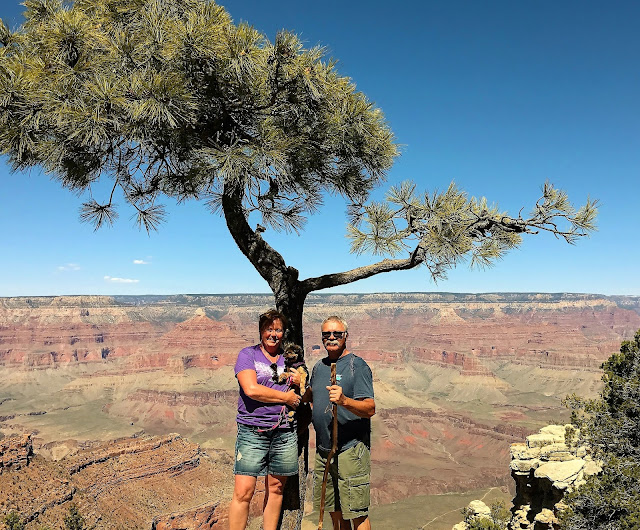 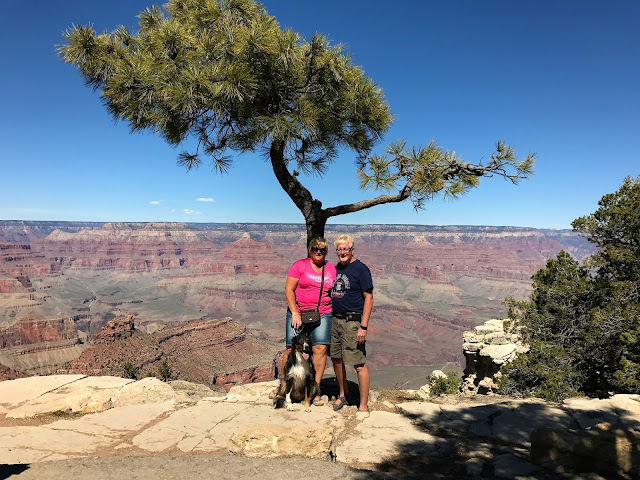 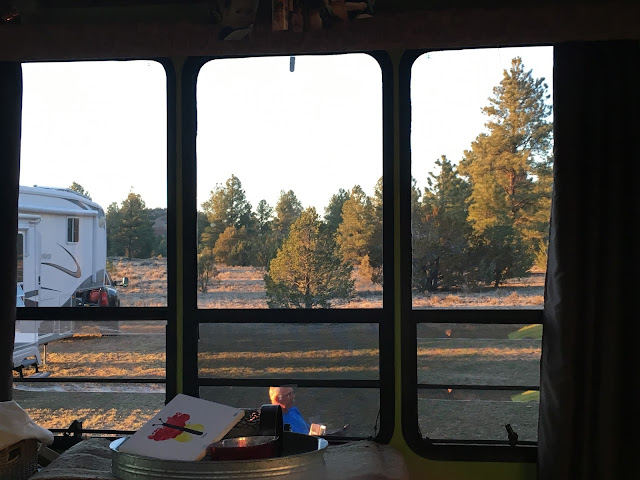 Posted by Lorne Green (A Place Called Away) at 22:10:00
Email ThisBlogThis!Share to TwitterShare to FacebookShare to Pinterest