How to Sell a Tire

Up at 7:30 am and coffee on the deck with all the neighbours.  We have noticed that the mountains to the west of Las Vegas have some snow on them.  I think they got a little more snow last night as well.  It was a great morning with the sun shining and only a light breeze. 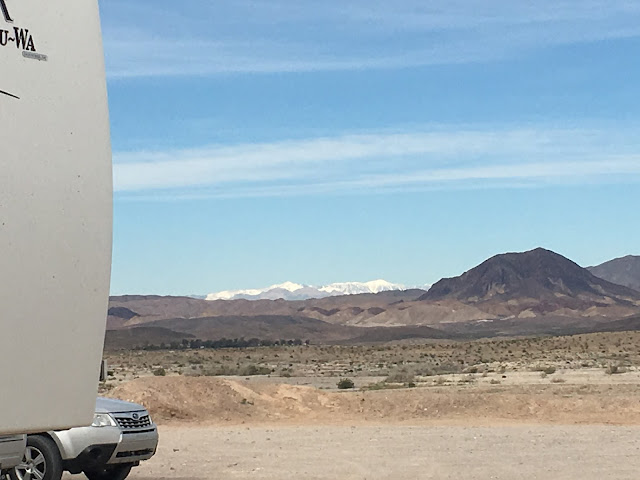 Did some chores and hauled some water and then noticed the back tire on the Jeep was low so started the Ponderosa to get some air to pump in it, and Harold and Kevin and I headed into town to get it fixed. 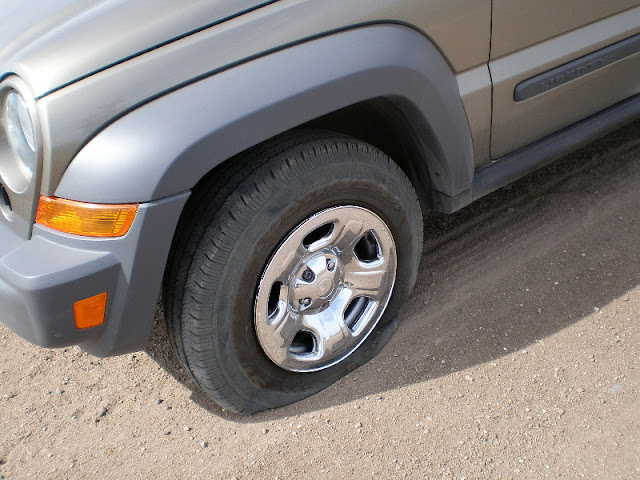 Went to the tire shop and a nice young man said he would take it in and look at it.  First of all he took me around the jeep and measured all the tread depth and rubbed his hand on all the side walls.  Ok so now I know I'm in for a sales pitch.  He showed me a chart that said my tires were in the half worn out range but not to worry, they will check them over real well when they get it inside.  He said it would take 45 minutes so we went to Harbor Freight to kill some time.  Walkin around HF and the phone rings. It's nice young man.  Bad news he says!  Pin hole in sidewall and it can't be fixed.  Good news!!! They have lots of tires.  I said can't you put a plug in it?  He says no that the rules of the company don't allow fixing side walls because they patch them and patches on side walls don't work and they don't do plugs at all. (that was his first mistake because I don't do well with rules lol)  But amazingly he has a new tire that is a match for mine and recommends that I change both tires so they truly match.  I said, can you just put my spare on and I will think about what I to do.  He says, "No!! we don't put spares on vehicles that are over 10 years old!!!  (Do you see where he is going with this?? Plus he has just called my jeep OLD!!!)  Cha--ching!!!! only way out is new tires!!!!   NOT!!!  I told him the best way to fix it was to put the keys in the ignition!!!  He said "What will that do?"  I said it will help you to start it so you can drive it out in the parking lot and have it waiting for me. !!!  LOL.  When we got back there, he was all apologetic and gave me a written quote on new tires and I made nice and in the end he didn't charge me a cent for taking off the tire and checking it out.  I will buy my own plug kit and fix it myself!!!   What caused the pin hole???  I'm betting it was a cactus back in Apache Junction and it took this long for it to decay and work itself out of the hole.  Certainly nothing that will jeopardize the safety of the tire if I plug it, but maybe it is time I looked at buying a tire monitor system in case this happens when we are towing it down the highway.  Anyway tire is not fixed and I guess I will be the one putting the spare on.

Tomorrow Kevin and Rhonda have to catch the plane back to Minneapolis and then drive back to Wisconsin where they live after spending a couple weeks here with P&H in Las Vegas.  We decided to have a potluck supper and a bonfire to bid them farewell.  It was a bit chilly but a big fire fixed that.  And a delicious supper was the main even. 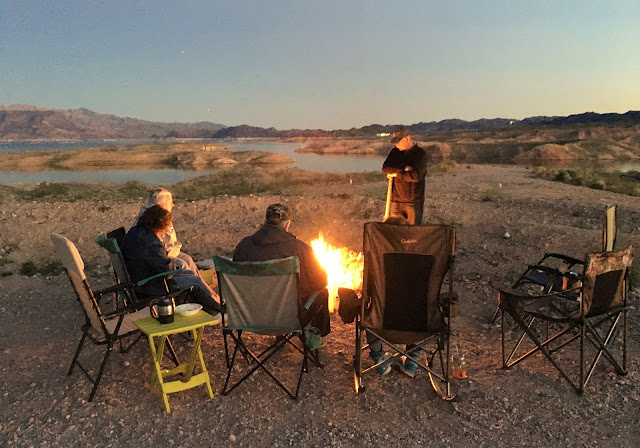 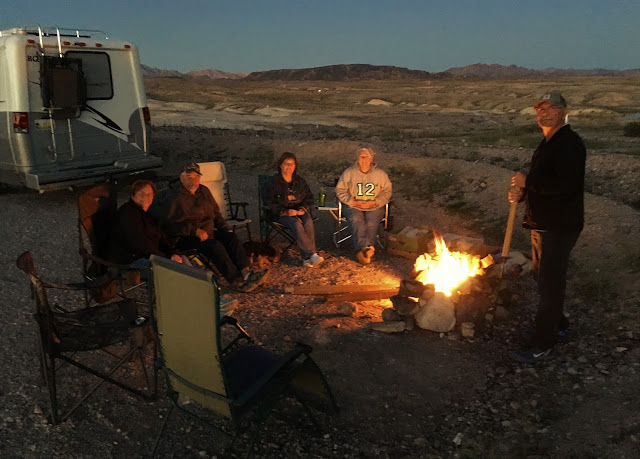 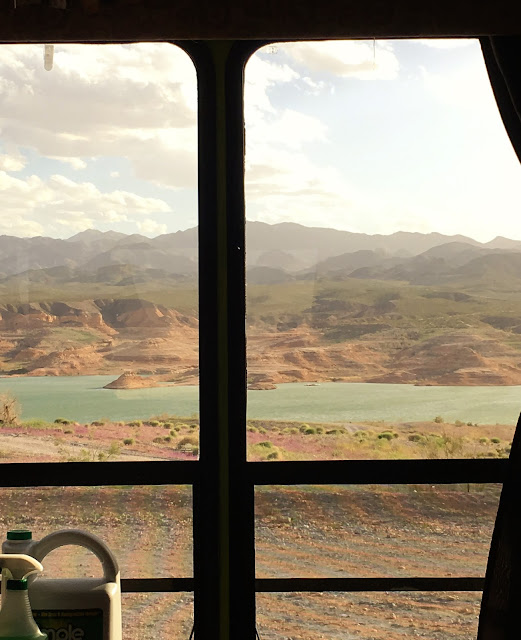 Posted by Lorne Green (A Place Called Away) at 09:16:00
Email ThisBlogThis!Share to TwitterShare to FacebookShare to Pinterest