Overnight the winds came up with a vengeance.  The poor guy next to us is in a tent and I'm sure he had to hold on with both hands all night.  He said he had no sleep while worrying he would blow away.  As far as I know this guy lives in this tent.  I don't care that the weather is good most of the time, the times when it isn't would make me go looking for something with walls. 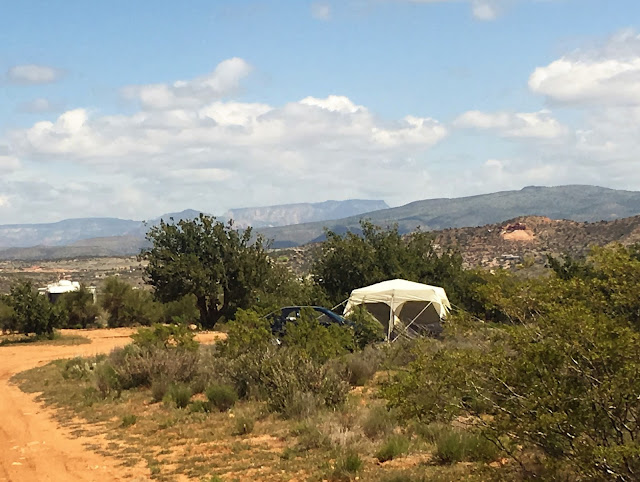 We slept well and the Ponderosa hardly rocked at all because we were nose into the wind.  When we woke up it was a yucky day so we decided to do some chores.  We are hoping the forecast is not correct. 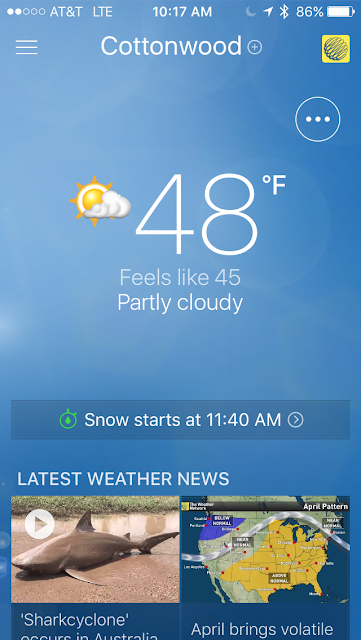 The snow did not start as predicted and the day turned out to be ok.  Not hot but no precipitation.  Because we will be staying a couple extra days we need to get a bit more water for our tank to carry us through.  I have always scratched my head how to haul water in.  When we were in Quartzsite we saw everything from wheeled wagons with 45 gallon tanks on them to 150 gallon water bladders.  We don't really need to haul water very often so I thought we needed something that would not take up storage space when we are not using it.   I also have a theory that if it takes up space, it needs to have at least 2 usages.  So one day I was looking in the basement for something and the tote I was looking in had a sticker on the side that said 27 gallons!!!!  It is a good heavy tote that we bought at Home Depot and has very sturdy sides, so I thought why could I not use it for water. 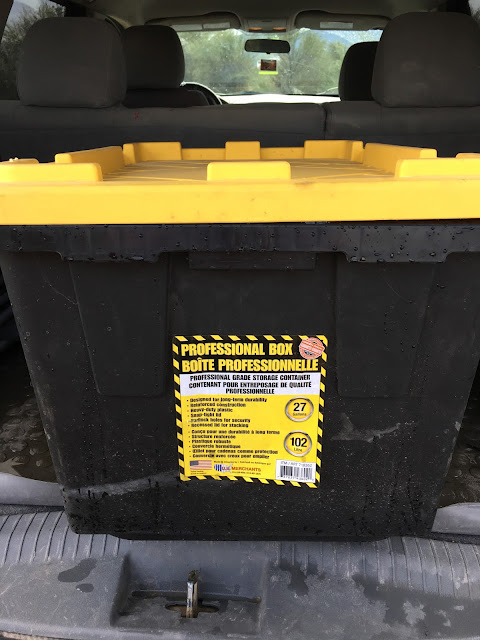 So yesterday we went to town and filled it up and started for home.  Even with the fairly tight fitting lid it was spilling a bit of water so I stopped at Home Depot and bought some rubber weather stripping and now it doesn't leak.  I put a couple zip ties on it to hold the lid extra tight but I don't think I really needed them. 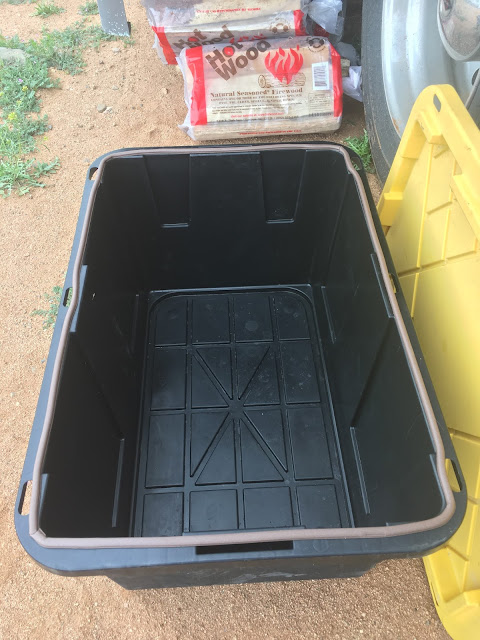 When we get back home I just put the hose in the tote and hooked the other end to my water pump and pumped it into the Ponderosa tank.  Then I dried it out and loaded it up with the storage stuff and put it away until next time. 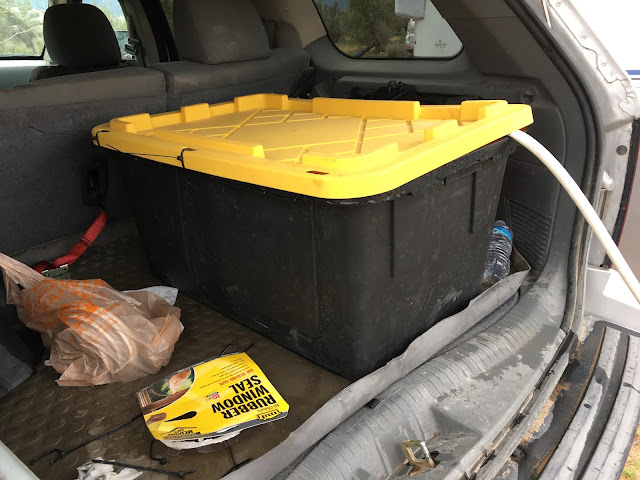 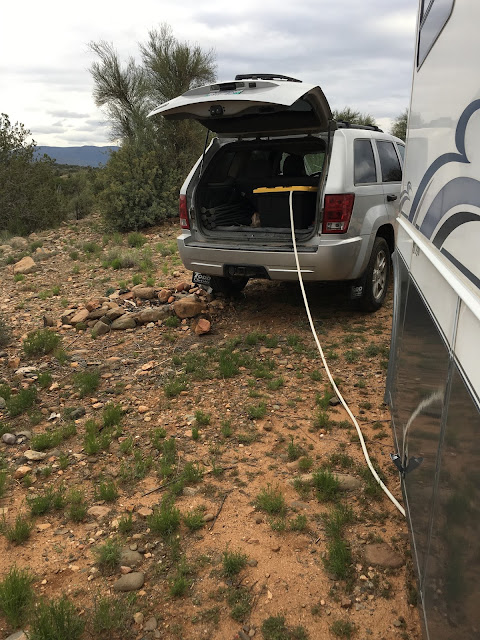 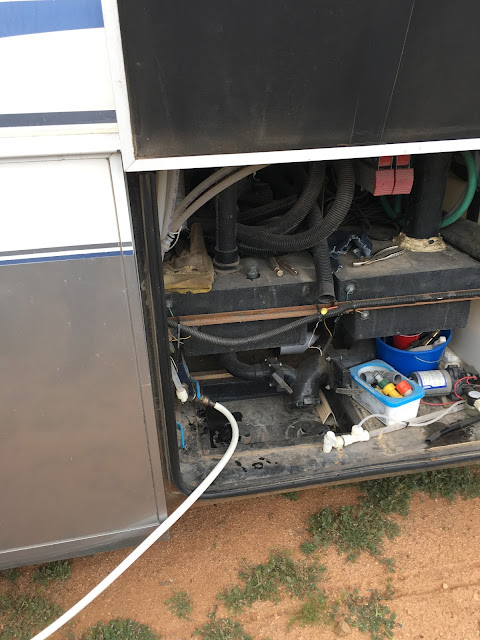 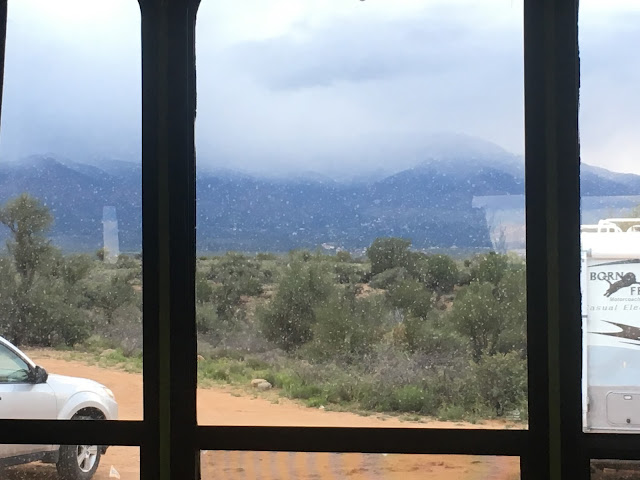 Posted by Lorne Green (A Place Called Away) at 09:58:00
Email ThisBlogThis!Share to TwitterShare to FacebookShare to Pinterest