Today was another Sunday in Paradise.  No change in the weather predicted until at least New Years.  Ho Hum!!  Today a couple of people showed up in a sailboat and anchored off the beach down below.  They came up to Hamburger night and it turns out they have stayed at this park before so they knew everyone.  I love sailboats so I was quite intrigued to talk to them.  Garry and Merle were also intrigued because they used to be full time sailors as well.  While talking to them I learned they have sailed from Vancouver and will be storing the boat south of here somewhere and leaving it until next years adventure.  Why not sail it home the same way you came, I asked??  Well with the wind directions and currents, to get back to Vancouver they virtually have to sail to Hawaii, then turn towards Japan and go to a point where they can ride the North west winds back to Vancouver.  That is a lot of sailing and they only have 5 months a year to sail so that will be next years adventure I guess!! 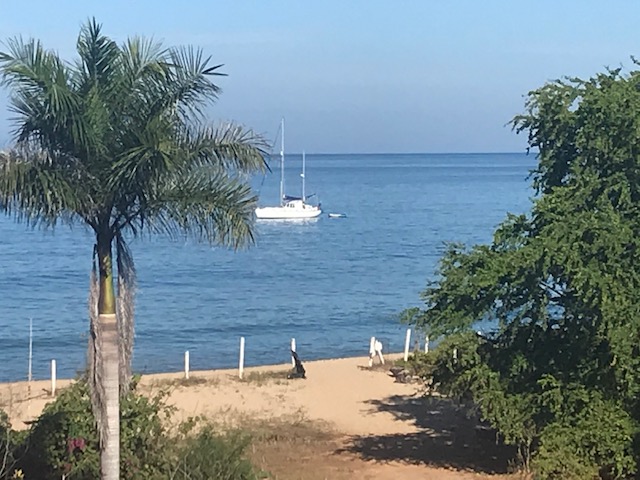 Sunday afternoons are Washer Toss competitions.  We are randomly put on teams and today Merry and I won the B event.  Pretty good because this is my third time playing and her first!!!  Good job partner.  We each won enough for a couple margaritas. 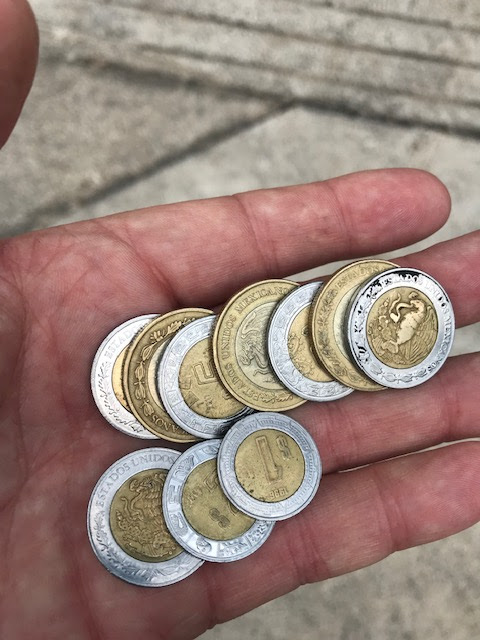 After ring toss was Hamburger night.  First thing was some food and then we had a special guest.  Some Spanish lesson friends of ours Matt and Jan have their son Dan here visiting from the great White North.  He is a musician and offered to entertain us for a while.  He writes a lot of his music and lyrics and is quite interesting to listen to.  Mom and Dad were pretty proud to have him showing off his talents.  Thanks for the entertainment Dan. 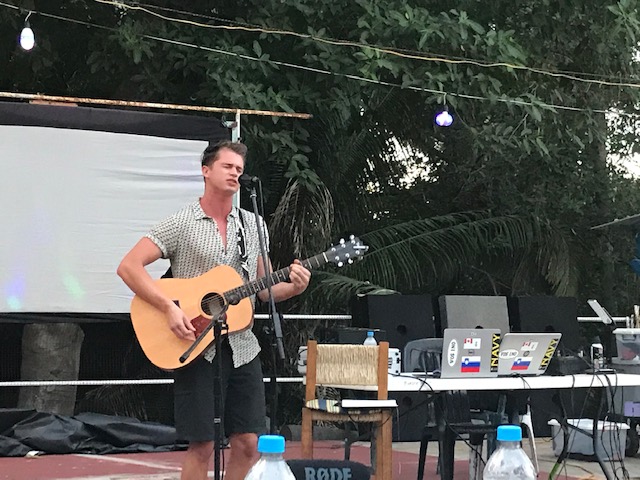 There was quite a crowd there for the evening and like most old folk, they have schedules to stick to.  One of the schedules is a DJ playing dance music for the old folks.  Dan was hustled off the stage to make sure that the dancing started right on time.   Could have listened to him for a while longer because he was having fun doing it.  This is one of the things that we don't do well with in a park.  Schedules!!!!  Oh well its not my playground so I don't get to make the rules!!! lol 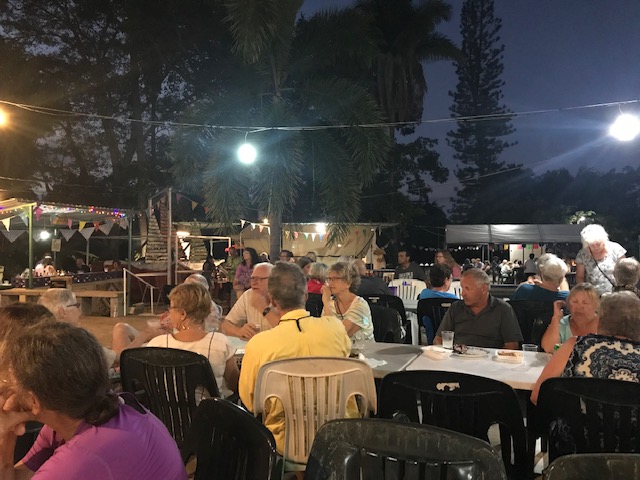 We caught Jose just in the nick of time.  This is not a good idea for a Reindeer Roast!!! Sorry Rosie!!
Hope your day was great like ours. 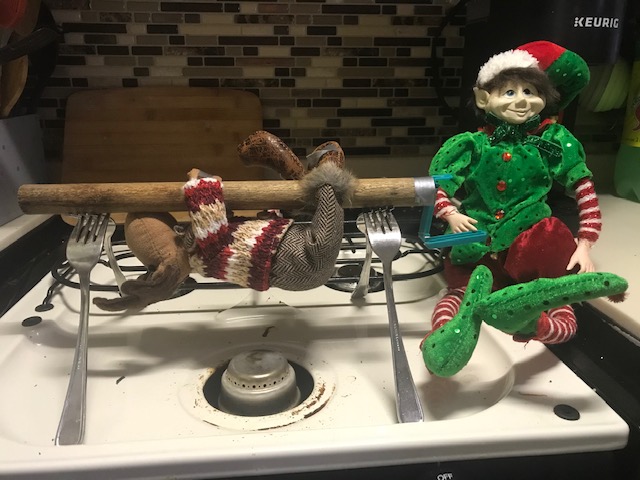 Posted by Lorne Green (A Place Called Away) at 10:57:00
Email ThisBlogThis!Share to TwitterShare to FacebookShare to Pinterest