WHERE ARE WE? Government Wash, Lake Mead, NV
NEXT DESTINATION? Who knows?
We are hanging around the lake today just chillaxin!   I was just sitting around looking out over the lake when I saw some movement between us and the lake.  We have been hearing the coyotes howling quite close to us over the last few nights.  Well this morning here come one just moping along.  He/she looks quite old so I'm wondering if it isn't the king or queen of the pack.  It was neat to see it finally. 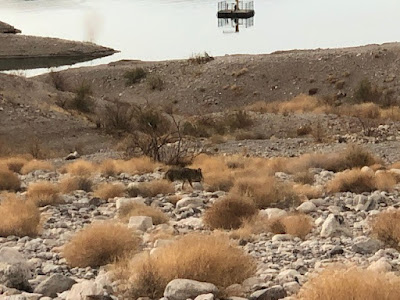 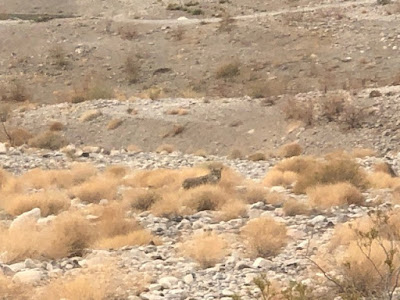 Because I had nothing to do I spent some time people watching.  I probably shouldn't but there is something in me that needs to figure out why some people do what they do.  I told you yesterday that there are lots of snowbirds out here just putting in time and they form the majority of people here.  There is also another element here in small numbers, and that is the people who are in bad shape and have no where else to go.  That seems to be the case with our neighbours.  They live out of a truck and a car and hang together.  They have been around since we got here, just minding their own business.  Today there was a new person involved and obviously some drugs by the way they were acting.  It started when I saw that the one guy was at the neighbours trailer in a complete mess.  He was saying that the lady had left with a guy and took his phone and his cloths and he wanted to call her to get his stuff back.  He was super strung out.  As he is talking, the lady and another guy come walking or should I say staggering back up the hill to their vehicles.  Well the interaction was pretty funny with lots of yelling and staggering and arm movements.  None of them had any idea what was going on. 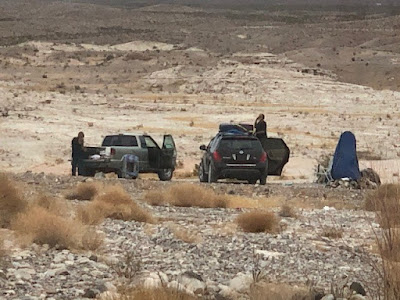 Finally the original guy and the lady leave to go somewhere.  They leave the second guy sitting there.  He just moped around and slept in the lawn chair for the hour or so that they were gone.  Every once in a while he would get up and look down the road to see if they were coming back. 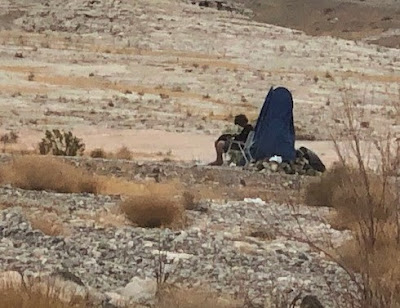 When they finally came back the first guy starts yelling at the second guy and lots of arm movement and next thing you know guy 2 grabs his hat and starts walking down the road.  Being as nosey as I am I head out for my walk and our paths crossed.  He is still staggering and he mumbles something about where he can flag down a taxi.  I wished him luck and he kept walking.  He has a long way to go to find a taxi!!! 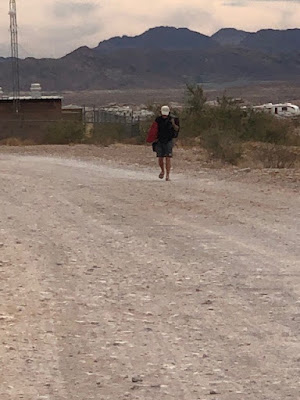 When I got back from my walk, the other two were still arguing and staggering and trying to sort out all of their treasures.  These kind of people seem to like to collect things.  The pile of stuff you see in the picture was under the blue toilet tent in the first picture.  They did make peace after a while and must have went for a nap to sleep off the high because I didn't see them all afternoon.  I do feel sorry that people get drawn into these kind of situations but I just don't understand these kinds of addictions.  I do know a little about addictions because I smoked for 40 plus years knowing that it could kill me, and it almost did.  I hope something happens that turns these peoples lives around before its too late, but for now I have no idea how to help. 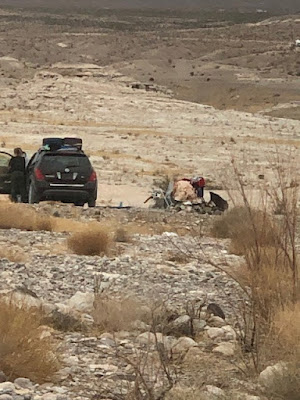 Speaking of naps, I did have a short one this afternoon.  Shortly after the nap I hear a vehicle pull up.   I told you the other day we had a surprise coming.   Well guess who showed up to spend a couple days with us on their way back to Idaho??  Yup our friends from Alaska, Rowdy and Missy and their dog Bean.  We got them settled in right beside us.   There is some windy weather coming so they are hunkering down here with us for the next day. 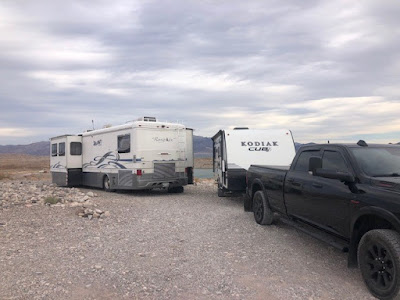 We sat and caught up on everything we had missed since we saw each other last about 4 years ago.  Rowdy was one of the original people I met on an RV chat site close to 10 years ago.  He was a fire chief in Fairbanks Alaska back then and we both had the dream of hitting the road.  Well here we are, 10 years later, on the road.  We seem to be like thinking people and have some good old conversations.  We hope to visit them in Alaska one day before they move for good to Idaho. 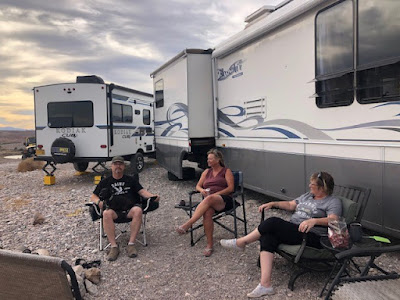 We enjoyed a beautiful sunset and some more chat before retiring to our homes on wheels. 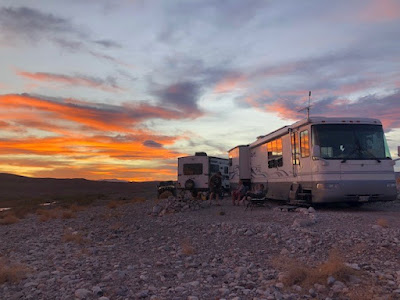 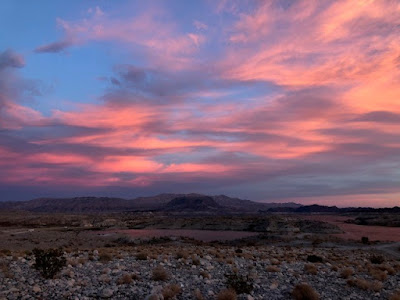 A little bit of Survivor and off to bed we all went.  We always look forward to our meetings with old friends whenever it works out and we were thrilled today.  Hope your day was as good as ours. 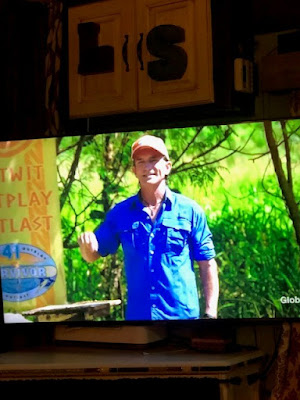 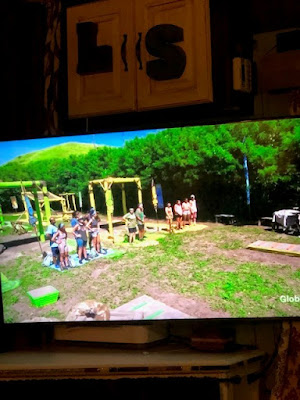 Posted by Lorne Green (A Place Called Away) at 18:30:00
Email ThisBlogThis!Share to TwitterShare to FacebookShare to Pinterest