Julian's Baptism and Supper with Friends

WHERE ARE WE? La Penita, Mexico
Today was an exciting and busy day for us.  We were invited to share in the Baptism of the youngest son, Julian, of our friends Antonio and Ceci.  Ceci is Kenia's aunt and Tina's daughter. She runs the concession at the Trailer Park.  We got to know them when we were up there 2 years ago and they are all like family to us.   The celebration was slated for 10 am at the big church in the square. Sue and I showed up a few minutes before 10 and there was no one there yet which is typical for Mexico.  We texted Brian and JoLynn, who were coming with Ceci, to see when they were coming and they texted back that they hadn't even seen Ceci yet!!  We could feel JoLynn's panic but there was nothing we could do.  It's Mexico!!!  Because there were 5 other couples having their children baptized, some of them started to show up right about 10.  The priest started and for the next 15 minutes people trickled in all dressed up.  One by one they baptized the little ones.  We heard him call for Julian to no avail.  We just stood near the back and watched. 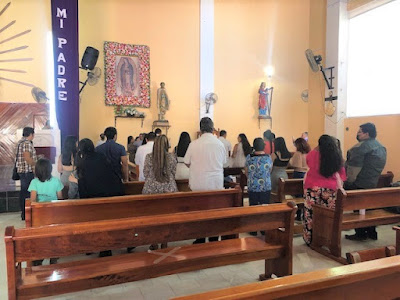 About 10:16 Ceci showed up on the run with her entourage in tow!!!  The priest without skipping a beat beckoned them to the fountain and splash splash, they were all caught up!!  I don't know what the panic was all about on our part!!  By the time it was all over, there were probably 60 or 70 people there.  So it all worked out!!!  Julian is baptised and will never remember what happened!!! 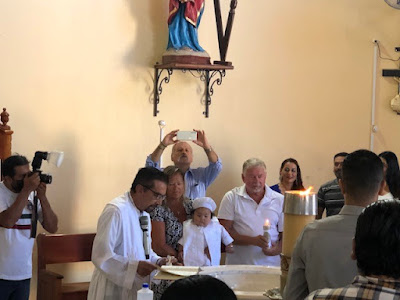 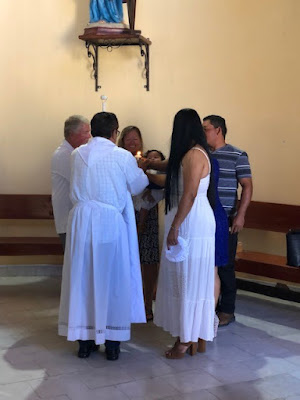 Julian is the cutest little guy.  He is pudgy and has thick curly hair.  He loves to smile and is a great addition to their family.  He wore this white hat until he was baptized and then we never saw it again.  Part of the ritual I suspect. 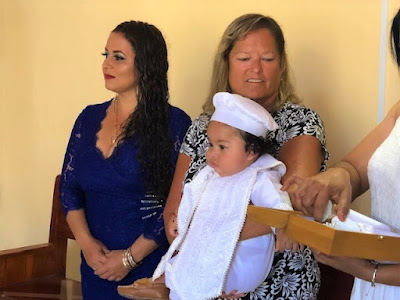 Brian and JoLynn are the Godparents and are proud as punch of that.  They have been a big help to Ceci at the Park for a number of years organizing and promoting the food functions that Ceci puts on.  They are considered family as well. 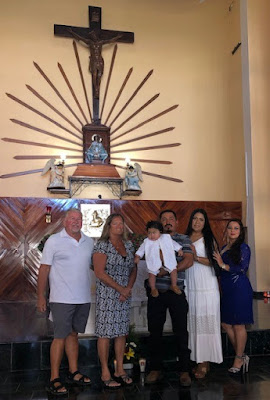 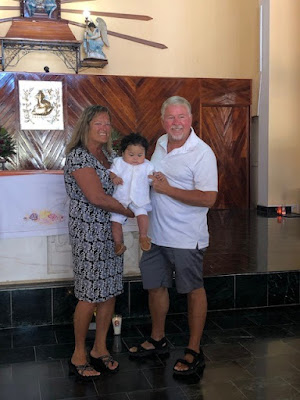 And we got into the pictures.  We hope we will be in Julian's life for a few years as well. 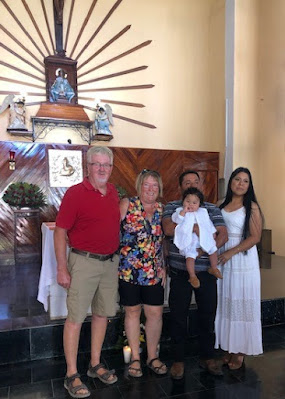 We had a little time to ourselves before heading up to the Trailer Park for the lunch.  They had invited a lot of the people from the park to join them for taco's and refreshments.  We had a nice visit with everyone. 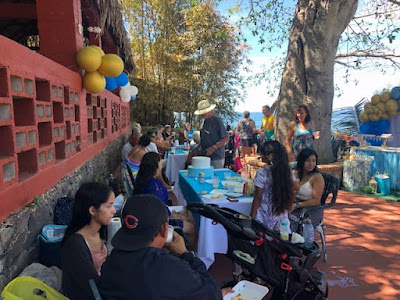 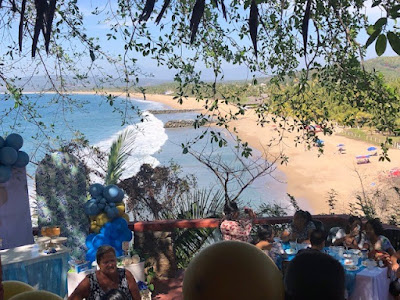 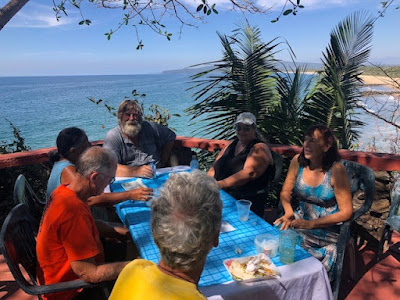 We got home mid afternoon and went for a walk on the beach.  The para-sailors were buzzing the beach. 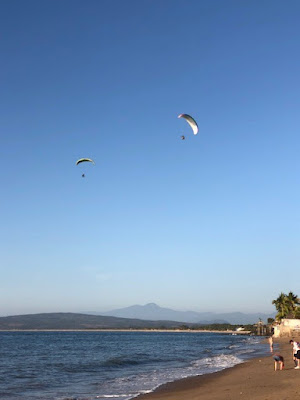 Archie missed us I think so I found him a palm branch to play with. He loves the taste I think as well as the fact that the dry ones rattle.  He tears them apart piece by piece. 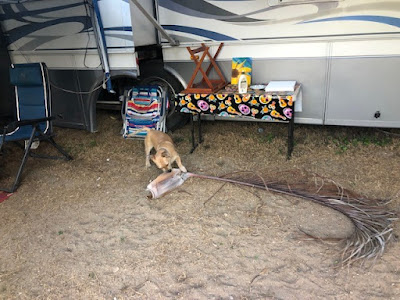 When supper time rolled around everyone in out park headed up to Blair and Jo's for supper.  Luis and Candice were doing a traditional Filipino supper for us.  It consisted of grilled chicken with a sauce on it that was delicious.  Quite by mistake, I got a little piece of the liver which was really tasty!!!   And rice and salad.  P & H graciously supplied desert which put me over the top.  My tummy was full to the brim.  Thanks for sharing with us you guys.  It was great. 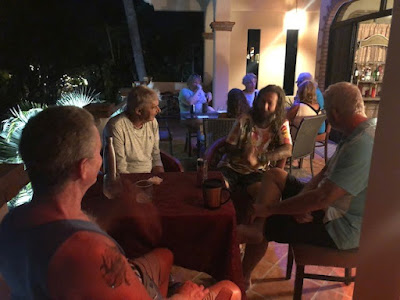 The sunsets can not be ignored from Blair and Jo's balcony and tonight did not fail us.  We were all smiling at the end of a great day. Hope yours was great too. 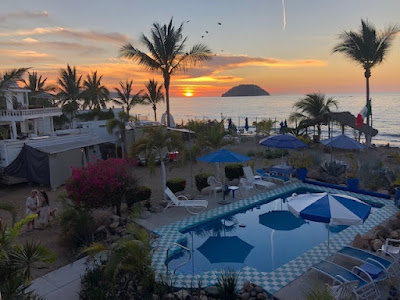