Another year older is a fun thing for a kid!!  Our Grandson Silas is just that, another year older!!! 5 years old on January 25th.  What a cute little fun loving smart and handsome, (just like his grampa) boy.  I never said which Grampa cause Papa Gerry and I are both handsome me thinks.   We must be special to have won the hearts of the pretty ladies we did!!!  Anyhow Happy 5th Birthday Silas!!!  Silas belongs to our son Derek and daughter in law Nicole, and is a brother to Emma, Clayton, and Abigail!!  You can see the twinkle in those eyes. 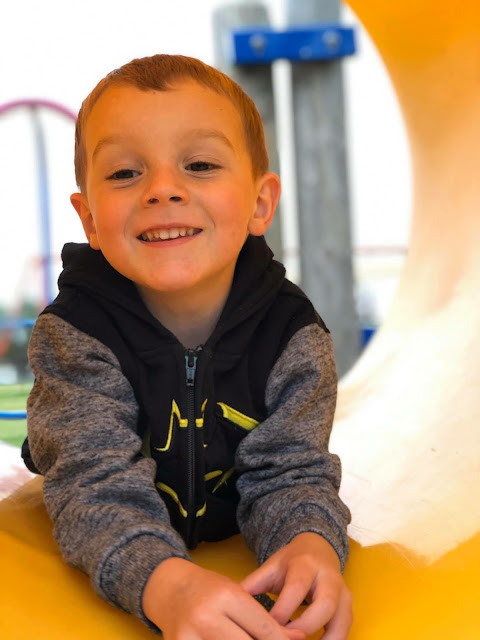 As an update to my tree that needed to be cut down by the pool to help our water heater... remember they only cut a couple branches??  Well yesterday they came back and they are gone.. Right on!!! Finally!! 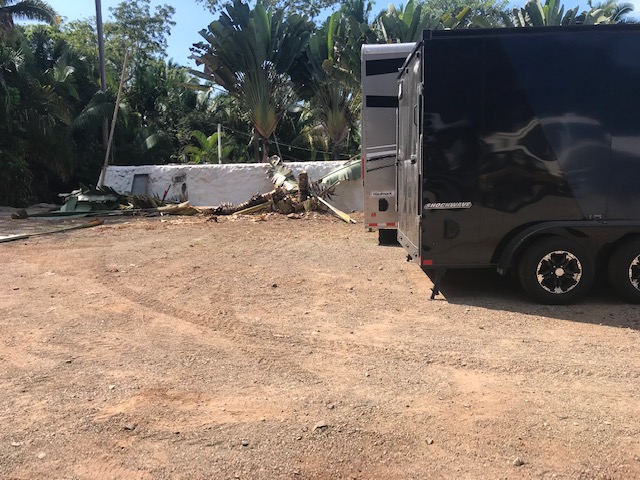 Today was another of those cloudy rainy days here in Mexico.  Everyone marvels at the fact that we have had 3 rain storms since getting here.  Most people can not remember ever seeing more than a wee shower here in the winter any other time.  The rain makes things green and it is like a warm summer rain that you want to stand in and play in the puddles.  Nobody minds it but boy does it come down.  We received 4 inches last night in a couple or 3 hours.  The kids were riding bikes in it as it rushed down the street. 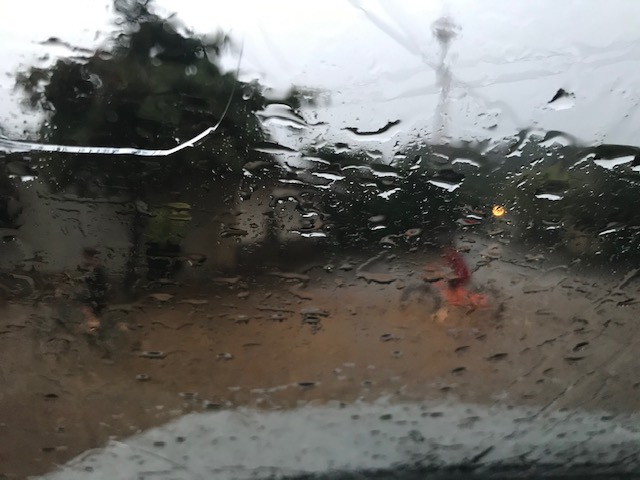 We were invited out for supper at Kenia's abuela's casa (gramma's house).  Kenia and Oscar have lived with gramma for their entire lives so they consider her their mama!!  Tina is such a nice lady and is also the mother of Cecie who runs the restaurant here in the park.  She is the master chef behind Taco Tuesday and is a typical Mexican mother.  Because we are trying to help Kenia out a little with her English and have included her in some of the stuff we did when Kaitlyn was here, gramma or Tina invited us to their house to share cena (evening meal) with them.  She promised some traditional Mexican food and thats what we had.  Now remember Kenia knows limited English and the rest of the family other than Cecie know none at all, so communication is something we worry about.  Well we were there almost 3 hours and had an absolutely wonderful time.  I know more Spanish than I thought and Susan is getting really good at it, so we were all blabbering away trying our best to kill each others languages.   If you try to speak Spanish, the Mexicans will welcome you with open arms and help you with anything you want, language included.  Stumbling away with the languages generally leads to some really good laughs.

We had an awesome cena starting with sopa!!  Pozole was the name of it and it is made with lots of greens, corn, onions, cucumber, radish, and chicken in a tasty broth.  We ate this with home made  tortilla's.  It is very filling so you have to eat it slowly.  And yes they have a wonderful wooden table.  The wood here has such nice grain to it.  And the bowls and plates are typical Mexican made. 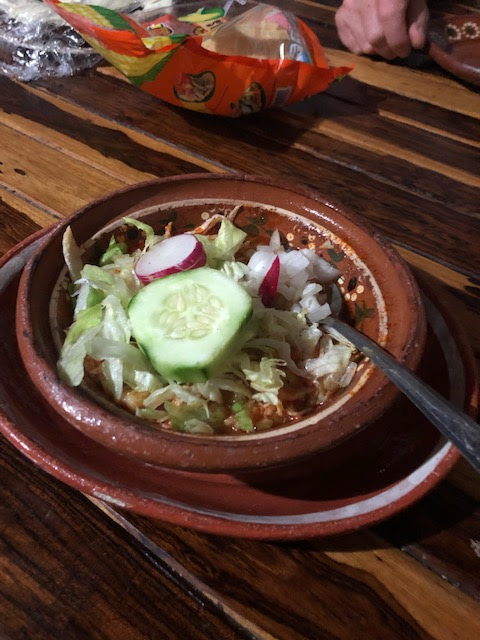 Next she put some sope's on the table.  A sope (not sopa) is an extra thick tortilla with meat and vegies on it.  It is made with edges and also has refried beans and guacamole. 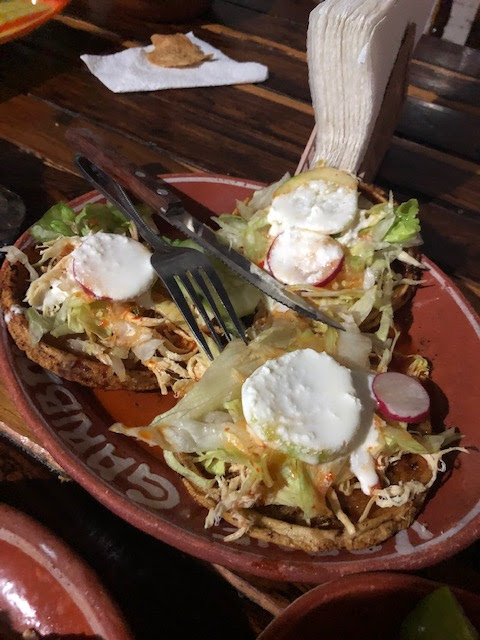 She got us to try some tostada's which were very good as well.  They had chicken and lots of greens in it. 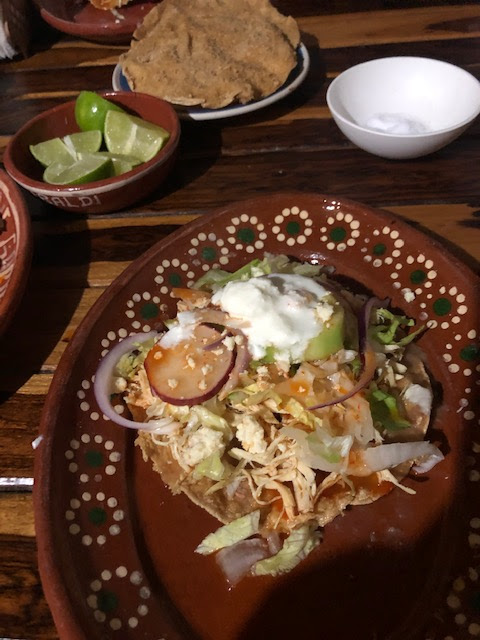 And some enchalada's as well.  I couldn't eat it all so we just had a bit of everything.  It was delicious. 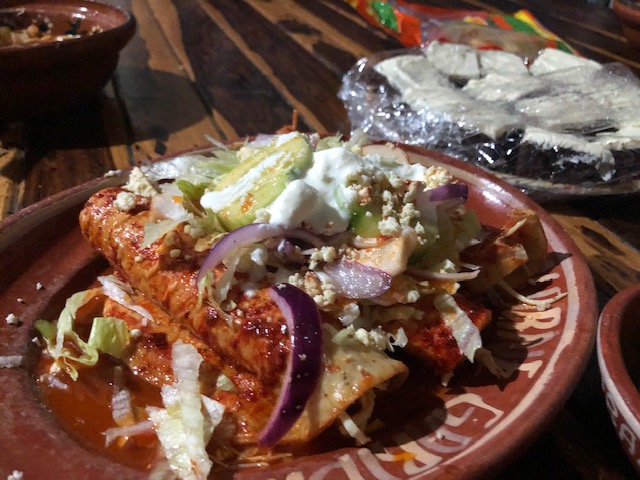 All of this was prepared in a typical Mexican house which is basic at best.  There are no glass windows because there is no need because the temperature never goes much lower than 15C and that is only for about a month in winter.  The walls are not painted, and the floors are slate and concrete but it is clean and serves all of their basic needs.

Tina runs a small restaurant out of her house so while she was making supper for us, she was busy boiling a big pot of cows stomach and intestine for menudo which is like a soup.  She boils it over an open wood fire which was burning out back.  Later she offered us a taste but being full from supper we declined!!!  LOL!! 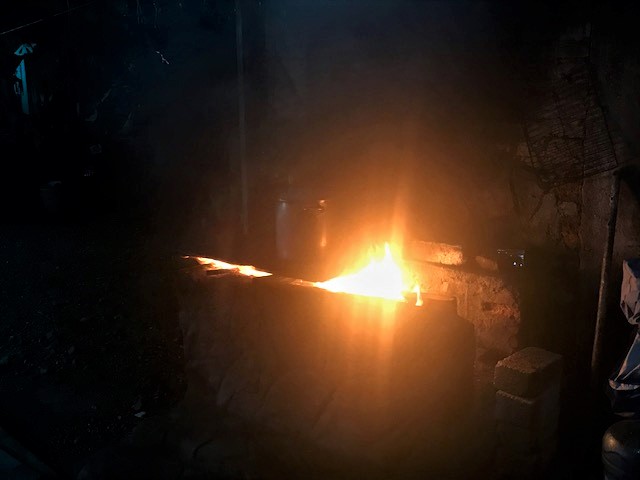 There are pictures of family, and religious pictures hung on the wall, which warms my soul.  They have a strong belief in God and family and there is nothing that will deter them from those loyalties.  They live from day to day and struggle to make ends meet, but they do it as a family and all pull together.  We could learn a lot from this culture except we have gone too far with our material things and wealth to ever get back to this place.  The smiles you see on these peoples faces are real and when they smile at you, you know they mean well for you!!

We really enjoyed our evening there and feel that we have made some true friends here in Mexico.  Thank you Tina, Kenia, and Oscar for inviting us into your home and sharing a meal with us. 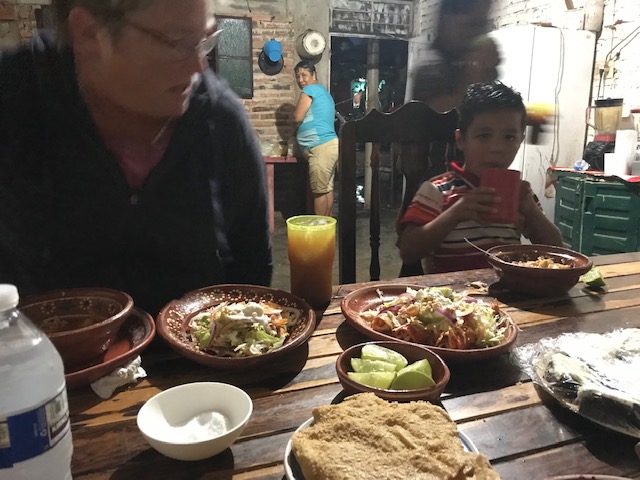 We had another neighbour show up today with a rather large 5th wheel.  43 feet to be exact.  I show you this because there are a lot of people who say "don't take anything big to Mexico"!  Why not I say?  Here is living proof that you can, but I will admit there are times with a big rig, that you wonder if you should be where you are when you end up on a narrow street downtown somewhere. 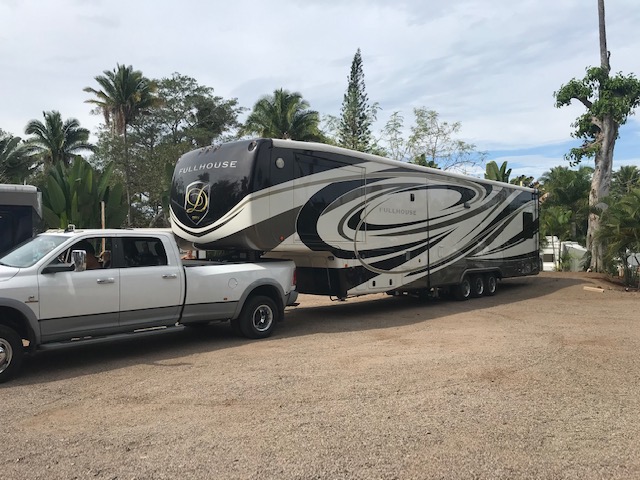 Because today was a rainy day for the most part, the afternoon was spent lounging in the Ponderosa.  Charlie likes to hang with mom on the couch on days like this.  It never hurts to be near someone you love.  Hope you got to be near good people today too!! 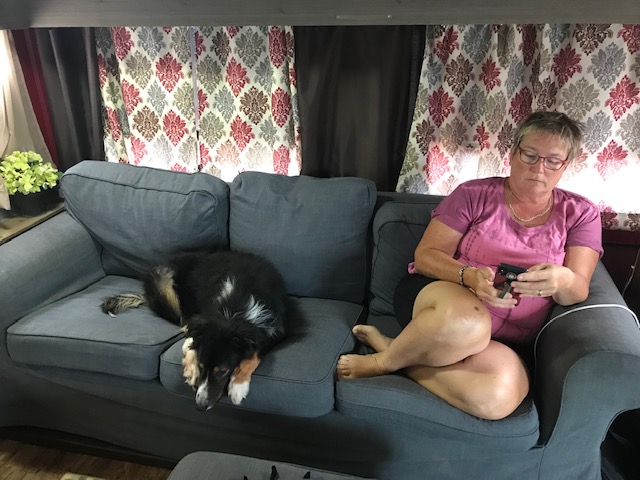 Posted by Lorne Green (A Place Called Away) at 19:53:00
Email ThisBlogThis!Share to TwitterShare to FacebookShare to Pinterest