Last night when we were out we stopped in a little bar in town for a night cap.  I forgot to mention it in yesterdays post, however that is not important.  In the bar was a neat sign that sums up a lot of Mexico.  If you need something done you have to keep reminding people.  When we first arrived here in November I wanted to get an AC guy to look at my roof air units and recharge them, not because we were going to use them here, but for future use.  I was told Manana!!  Remember that story?  Well it is now the end of January and Manana has not arrived yet.  I have prodded Andreas along once in a while and he always says the guy will be here right after lunch manana.  So like Bill Engvall would say....."Heres your sign!" 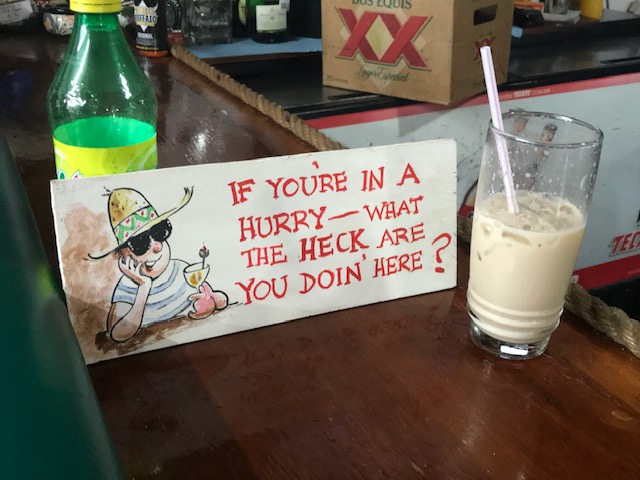 Susan, Pat and Kenia headed off to PV today because they could not resist the call of Costco any more.  It has been over 2 weeks and the gravitational pull was too great anymore.  So they were driving along minding their own business rather than the road and guess what?  Yup they ran a red light!!  And for sure there was a policia sitting right there.  Lights and siren and they were pulled over.  Now everyone has heard of the fake police that just pull you over and accuse you of something,  Well this was not that, but rather the real thing.  Sue knew she went through the red light and was caught.  So the friendly guy walks up and says can I see your licence?  After a bit of searching she remembers she should give him the copy.  He looks at it and says I need to see the real one.  By this time Sue remembers that it is in the Ponderosa because she took it out of her purse the other day for some reason.  Oh Oh!!  He shakes his head and says that this will all be a 2000 peso fine and she will have to drive all the way back to PV tomorrow to pay it OR we can settle it right now for 1000 pesos!!   Well we all know the 1000 pesos is a bribe, but the hassle of the fine may warrant the bribe.  Sue was a little nervous and didn't really work with him to get the amount down because like she said she was guilty of the offense, but didn't like the bribe either.  So she paid the 1000 pesos which is really only 70 bucks Canadian, and it got rolled up and went into the cops pocket and off they went.  Like I said to her, if she was back home the ticket would have been $500 or more plus a loss of merits on her licence so just forget about it.   So that was our first experience with the policia and it wasn't all that bad. 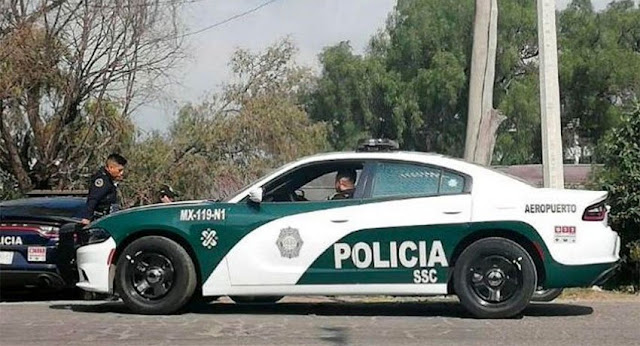 While the girls were away today I headed downtown to the market.   When you have nothing better to do the market is a great place to kill time.  On my way I spotted this couple and thought to myself, this will be Sue and I in a few years.   I am told that she makes all of their clothes and I'm not going to dispute that fact.  Apparently he wears a banana hammock to go swimming in the ocean and now I am getting too much information La La La!!!  Anyhow this is an example of pure love because if it was me I would tell her to jump in the lake if she wanted me wearing that outfit. 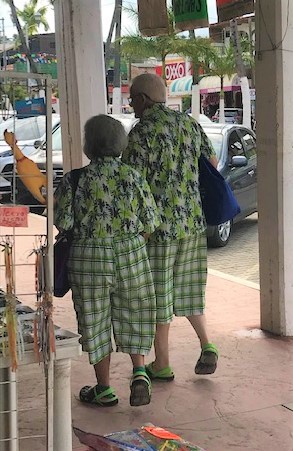 I wandered through the market for a while checking out all the trinkets and spotted Tina (abuela) and her taco cart.  It was lunch time so I ordered a couple and sat and talked to Tina for quite a while.  Remember she knows no English so we have fun trying to communicate.  We manage to do OK!!  She is just starting her business at the market so she is kinda on the outskirts.  She says thats ok because the market is too busy!!! 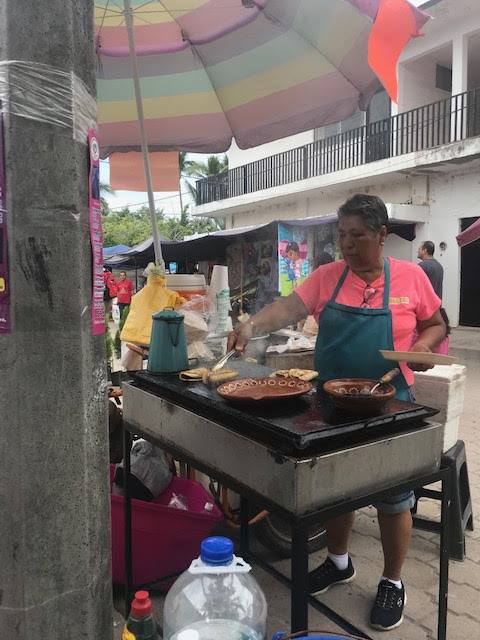 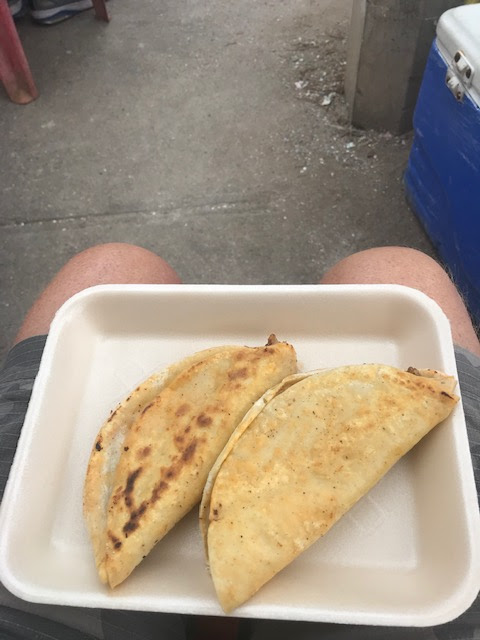 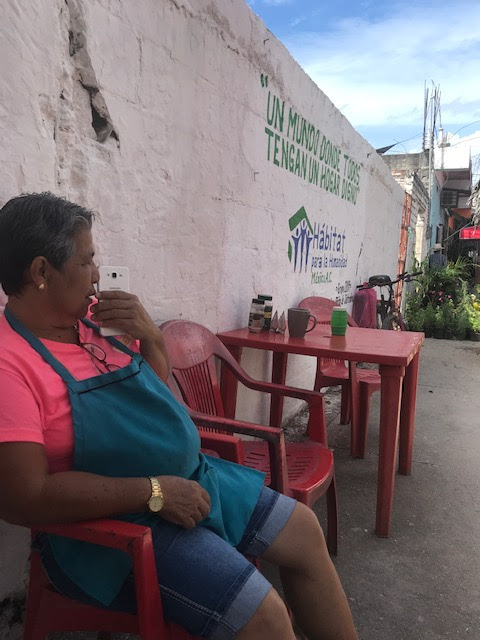 In the center of the market is a church.  Lots of people including myself stop there for a little rest and a chance to get away from the crowds.  It is nice to know that even though we don't communicate too efficiently, a lot of people in the world come to the same place to find peace and comfort for their weary souls.  Hope your day was as good as ours. 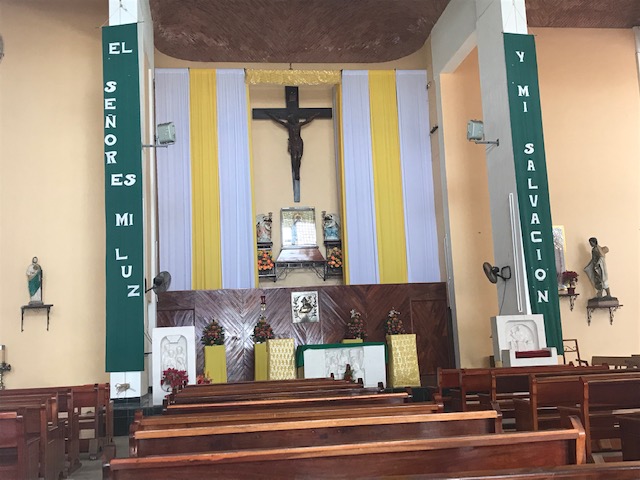 Posted by Lorne Green (A Place Called Away) at 08:22:00
Email ThisBlogThis!Share to TwitterShare to FacebookShare to Pinterest