We got up and unhooked the umbilical cord, had a cinnamon bun and were ready to hit the road by 7:00 am.  It was forecast to be another beautiful day in paradise, so that would be good for travelling.  A few quick goodbyes to some folks that came to give their well wishes and we were off.  Looks like about 650 kms today which will leave us in good shape for crossing into Texas on Wednesday afternoon. 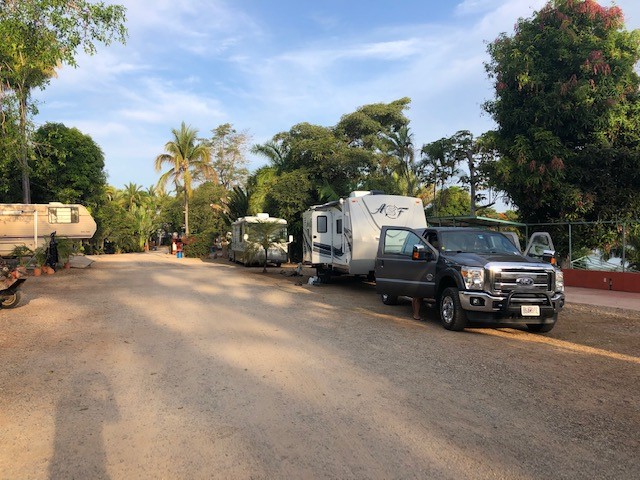 And a left out of the park onto highway 200 which we will follow for a while up through the mountains.

Here is a map of where our travels took us today. 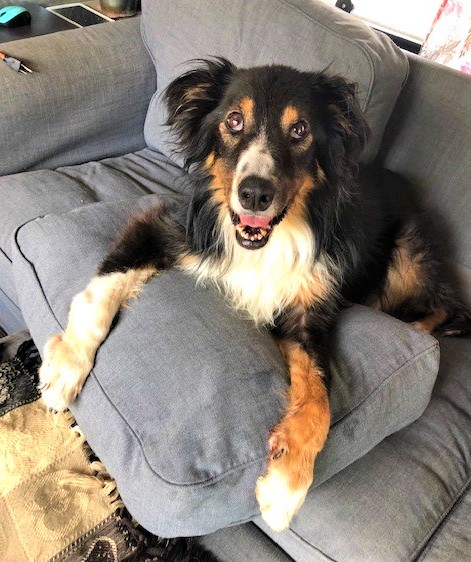 Our Daughter Kaitlyn texted us early in the morning (5 am) to tell us maybe we don't want to hurry too much.  This is what they have at home!!! 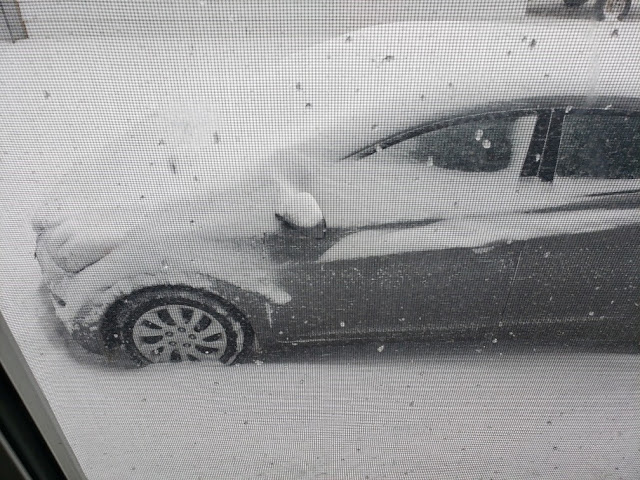 One of the things that we saw along the road were some pretty trees.  Most of them were in full purple flower and they were dotted all across the valley in one area.  JoLynn thought that she was once told that the Japanese had sent them over as a gift for the area for some reason.  Whatever the story is, they are sure pretty. 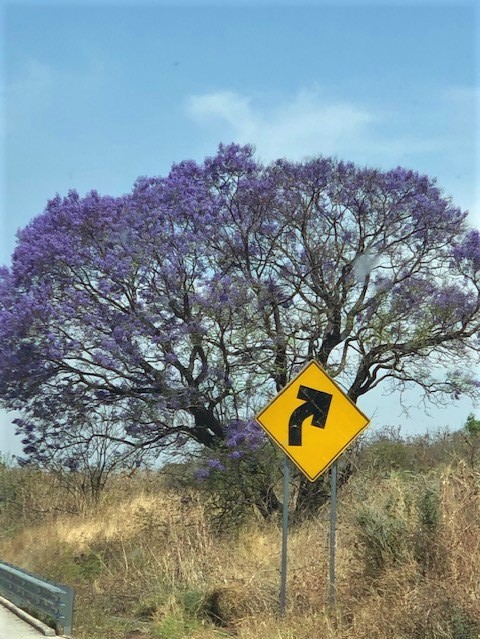 And then a not too pretty sight of a semi being towed out of the ditch where it lay on its side all crumpled up.   The weird thing was that this was at the top of a very steep hill so he couldn't of been going that fast, but there were lots of black marks and he was on his side in the ditch!!  Who knows what happened, and there are lots of sheep, horses, and cows running loose along the highway.  You have to watch close in the daytime so I can't imagine how dangerous it would be at night. 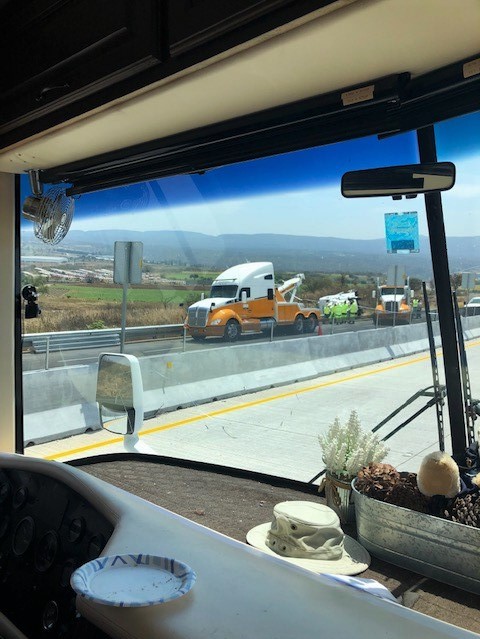 Some of the areas look a lot like desert in the interior and there are lots of mountains as well.  we were as high as 6500 feet today after starting at sea level.  We fluctuated by 1500 feet up and down all day.  Because of the desert like terrain we saw some Joshua tree cactus as well as other kinds. 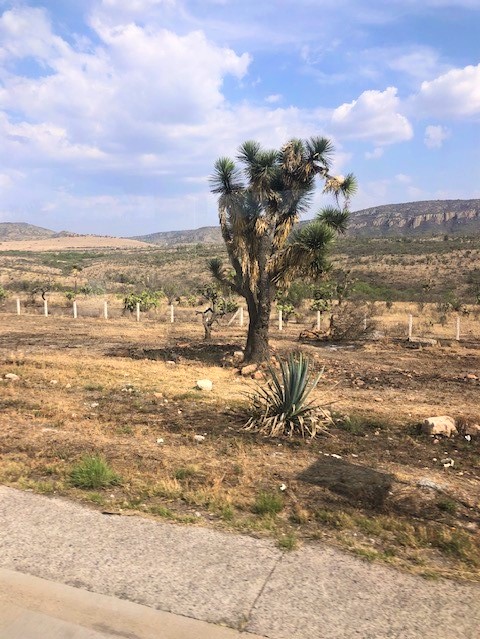 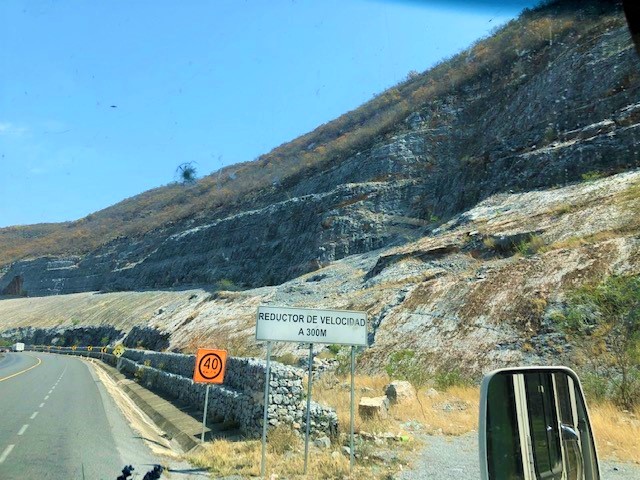 I do love travelling in the mountains because there is so much to see.  Our big goal was to get to our overnight spot before dark which we did, however just about 15 miles from there I had downshifted to 4th gear and when I went to shift up again nothing happened.  I immediately thought of transmission problems and the scenario's start running through your head.  Literally in the middle of Mexico with a transmission problem is not a good though.  Because it wasn't showing low on oil or high on temperature we kept going with the intention of figuring out what to do if we made it to our overnight stop.  Shortly after that my gauges all went funny and the transmission display started to flash.  Oh oh what is the problem???  I quickly decided that there were no warning lights on so it must be electrical so we kept on going in 4th gear.  The gauges all came back on for a minute or so and thats when I noticed we were showing under 12 volts on the charging system.  Ok that tells me even more that it is charging system.  Temps are good and AC is still working so belts are all on which means no bearings have packed up.  By now we are 5 miles away so we just limped into the compound where we will spend the night.  I let it idle for 30 seconds or so and then it just quit.  I tried turning the key and nothing.  Time to do some trouble shooting.

First thing I did was get out the voltage meter and check the chassis batteries.  11.6 volts which is basically dead.  It has to be the alternator.  The belts are all tight which means that the bearings have not failed so must be brushes. 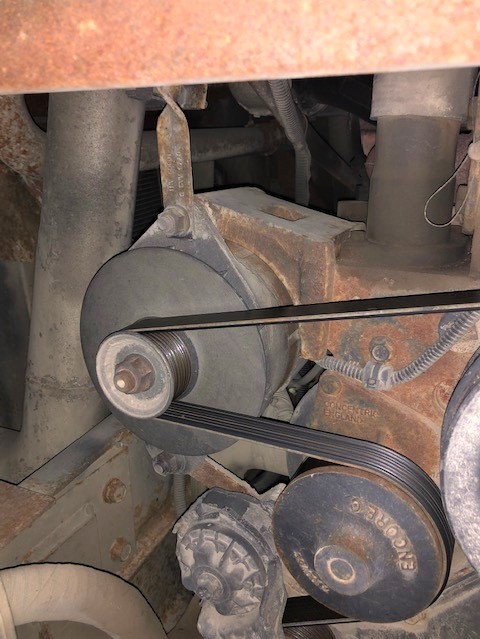 So to confirm the diagnosis I got out my booster cables and Brian gave me his and I hooked up the Jeep and let the chassis battery charge for a while.  Then I went in and turned the key and it started right up.  The transmission shifted properly and all of the gauges showed normal.  Even the battery voltage showed almost 13v.  Right on!!  That almost confirms my diagnosis.  And it tells me that it is not any other electrical components except what is in the alternator.
But the problem still is that getting a new alternator out here would be next to impossible so what to do.  Well if it is running good with the Jeep charging the battery with jumper cables, why not do that tomorrow and just let the Jeep run all day and charge the battery??? Great idea. 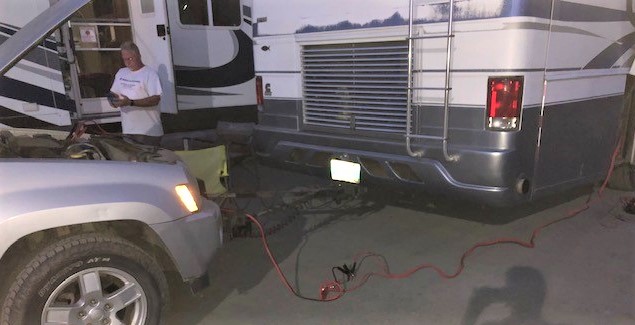 Then Brian says why not use a battery charger and just run the generator in the Ponderosa to provide power for it all day!!!  Brilliant idea!!  He's not just a pretty face after all!!!We can run the house air all day too because it is supposed to be hot tomorrow. For some unknown reason I packed a battery charger along with us this year.  I never have before but we will carry one all the time now. 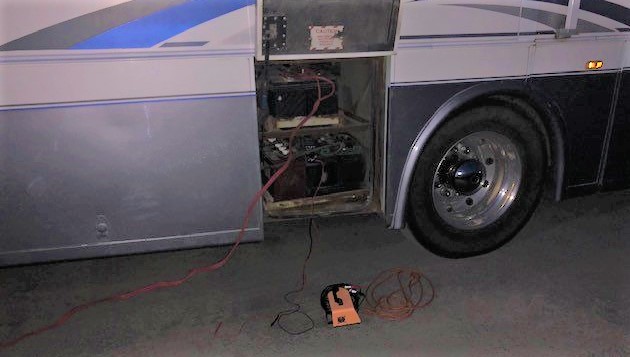 So I got an extension cord and ran it from the nearest plug in, in the bay back to the battery compartment and plugged in the battery charger ready to go in the morning.  It even has a nice shelf to sit on right beside the batteries. 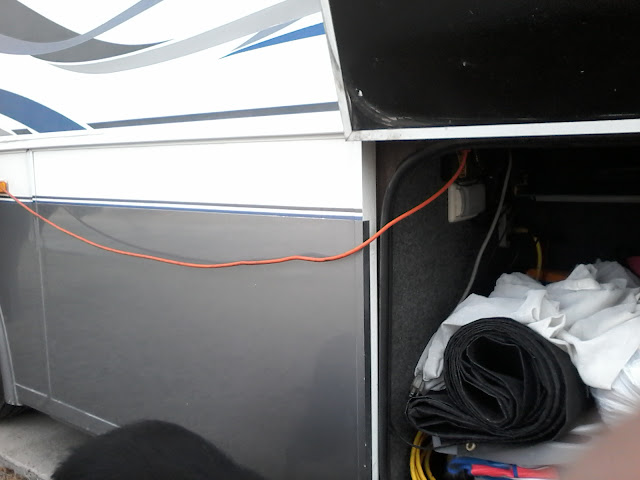 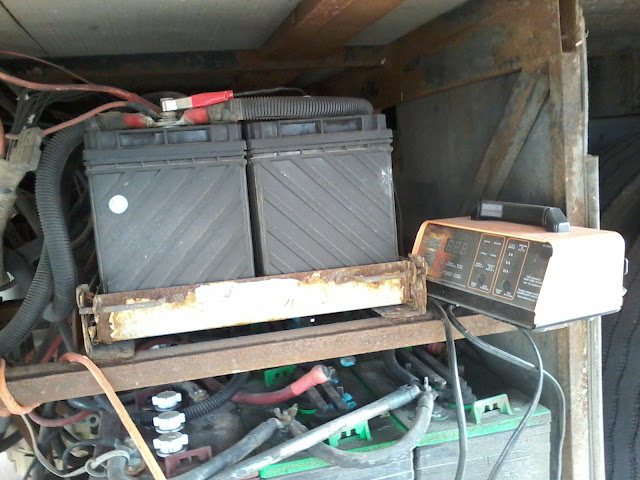 The proof will be in the pudding tomorrow but I am 95% positive this will be the answer to get us out of Mexico and to a place where I can get the alternator looked after.  Sometimes you have to get innovative when you are on the road and what you get from solving problems is a real sense of satisfaction that you can beat a problem.  Hope you get that feeling occasionally too.

Posted by Lorne Green (A Place Called Away) at 07:19:00
Email ThisBlogThis!Share to TwitterShare to FacebookShare to Pinterest