No Lineups for Me!!

Once we got here and settled in I did a little research on what may have triggered (no pun intended) the searches we were subjected to yesterday.  We were in no way accused of anything nor was there any sort of verbal interrogation at any time.  Everyone just wanted to see in the nooks and crannies of our motorhome and they were very cautious in doing it.  There were lots of M16's around and everyone was super cautious.  After reading the Brownsville Harold, it seems that some cartel big wheel is on the loose and some marines have been kidnapped and there has been a jail break of some sort, and some grenade throwing at a navy base just south of the border.   Apparently this has brought on a bigger military presence and increased attention to searching vehicles in this part of Mexico.  Although these are all unsettling things, the chances of us being involved in any of it is about the same as us winning the lottery.  I figure one is pretty safe if you just mind your own business and go on your way and thats what we did and we are fine.

So this morning when I came out of the Ponderosa I noticed a cord hanging down by the bedroom slide.  Oh oh silly me.  I had forgotten about the temporary fix I did which involved one of the bays on the slide and when we put out the bedroom slide last night it stretched the extension cord until it broke!!  Woops!!  Lucky I didn't grab the broke end of the cord because it was still hot!!  And I did look at that slide for obstructions before putting it out but didn't clue into what would happen to the cord. 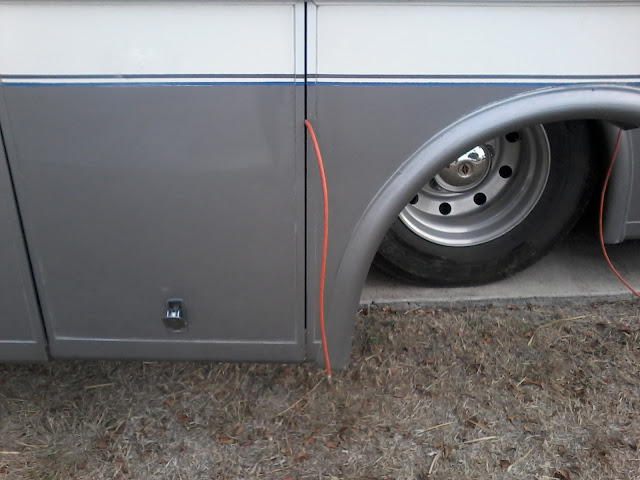 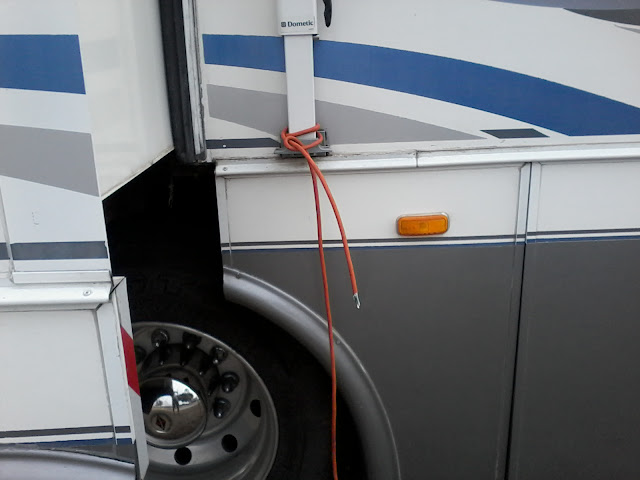 We are all parked up here and have booked for a week so I will have time to get some repairs done and also some time to relax with our friends Brian and JoLynn.  We have a nice secluded spot with no neighbours near us so that is good.  We have a nice cement pad at the back of the Ponderosa to lounge on so life is good.  We will have a few socially distanced Happy Hours I'm sure!!!  And that is also where the alternator is at so I won't have to roll in the grass or gravel while working on it. 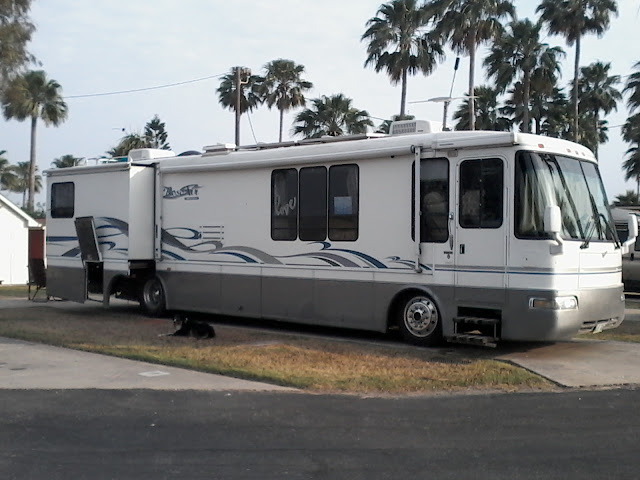 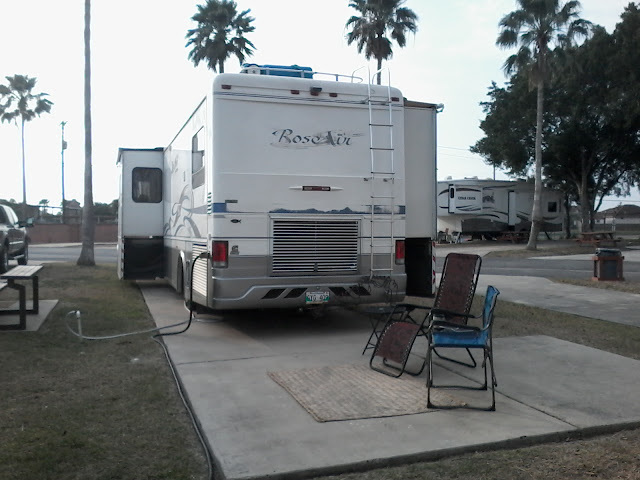 Sue and I had to go out for supplies today and when we got to Walmart there were no lines or anything.  The store was normal busy and the only thing noticeable were the masks and glooves.  By the time Sue got done shopping it was getting busier and the store was obviously at capacity because a few of the shoppers coming in were being held back in a line outside and as one person came out, one person went in.   There were no eggs on the shelf at Walmart so we decided to stop by HEB to pick some up!!  We drove through the parking lot and looked at the line up and decided that this was neither the time nor the place to be today.  It will be toast and peanut butter for breakfast tomorrow I'm afraid. 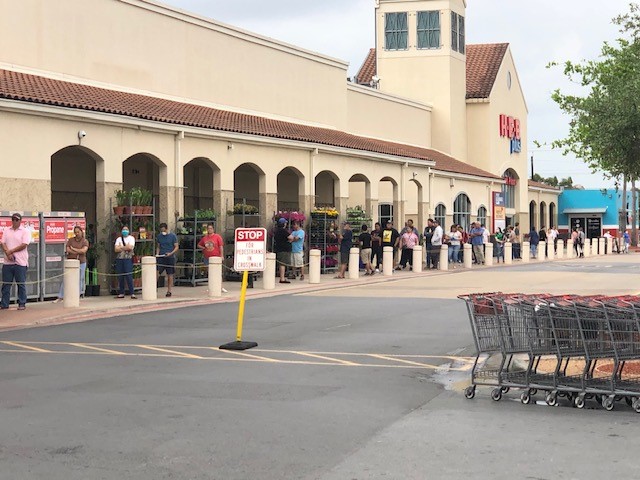 Thats about it for our day.  We are suffering a bit of jet lag here because we have moved east one time zone plus added Daylight saving time, so our bodies are 2 hours out of whack.  The other thing we have noticed is that sunset is at 8 ish instead of 6:30 which gives a little more time to sit outside in the evenings.  Hope you get to sit outside once in a while too.


Posted by Lorne Green (A Place Called Away) at 07:40:00
Email ThisBlogThis!Share to TwitterShare to FacebookShare to Pinterest