WHERE ARE WE? Waco, Texas
NEXT DESTINATION? North after the rain and snow quit

This morning we looked out our window and people were starting to gather on the back side of Sam's Club.  I'm not sure what was going on but I know the store opens at 9 and this was shortly after 8.  I asked a couple people what the deal was and they just said they were coming to shop.  As soon as 9 came along the line disappeared and it never came back all day.  The store is huge an I bet 500 people would not even be noticeable in there but why they wanted to stand in line for almost an hour baffles my mind. 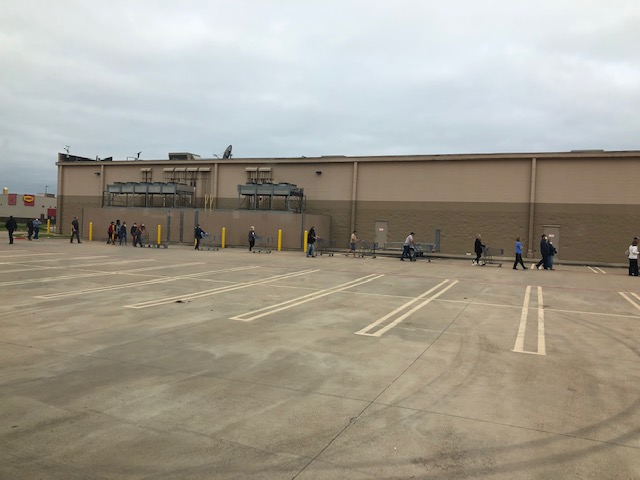 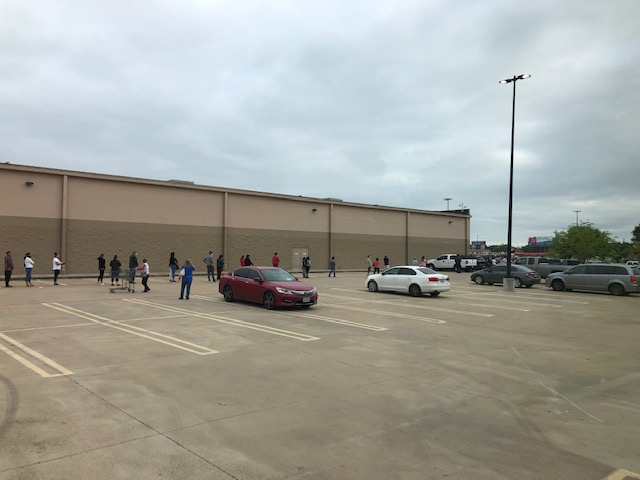 Because of the weather which is a little unsettled for the next few days, we asked the manager of Sam's Club if we could stay here for a while until it blows over.  She said sure, no problem at all!!!  That is what Texas is like!!  Great people.

Now we needed something to do to pass some time and Waco and the site of the Mt. Caramel Siege on April 19, 1993 was something I wanted to see.  This is something I remember watching on the news and has sort of haunted my thoughts every once in a while, wondering just what really happened.  David Koresh was the "cult" leader at the time and he and the FBI and BATF had a little run in.  It has always been on my bucket list of things to see, not because it would answer any questions, but it would bring reality to what was just a TV story.  So we drove the 10 miles out to where the compound was.  There are people living there still and there is a gate but it invites everyone to come in and look around. 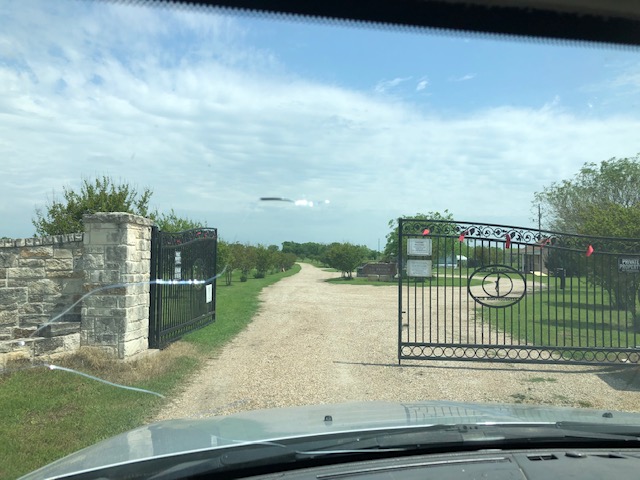 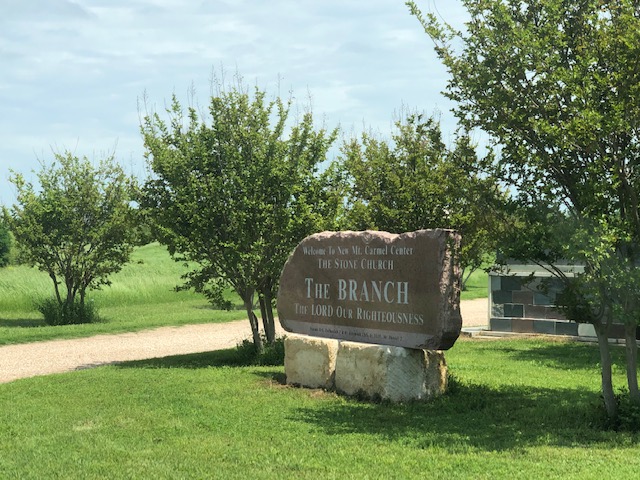 There is a long story about what happened here but that is for you to research.  But this is what the compound looked like on the morning of April 19, 1993, 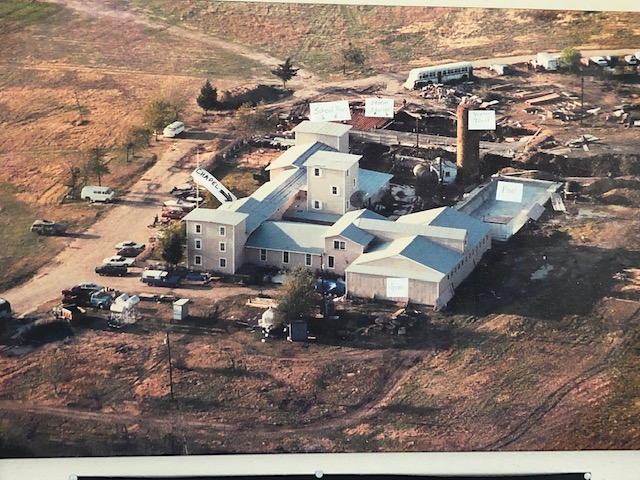 and this is what it looked like shortly after mid day. 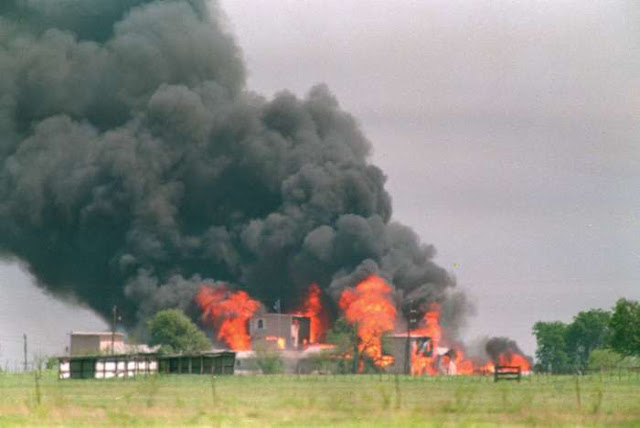 A truly sobering thing no matter who or what was to blame.  82 lives were lost that day in something really senseless.  This was supposedly something to do with God, but I will assure you that was not true.  These kinds of things do not happen in the name of God.  Children died that day by human error on someones part.  Shame on whoever was responsible for that.  These kinds of things sadden me to the core. 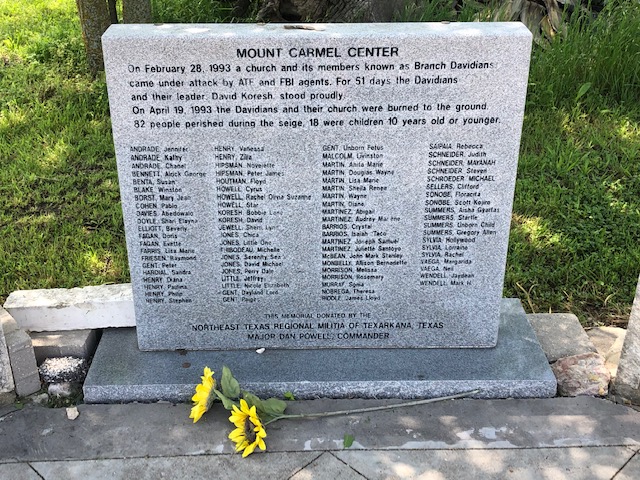 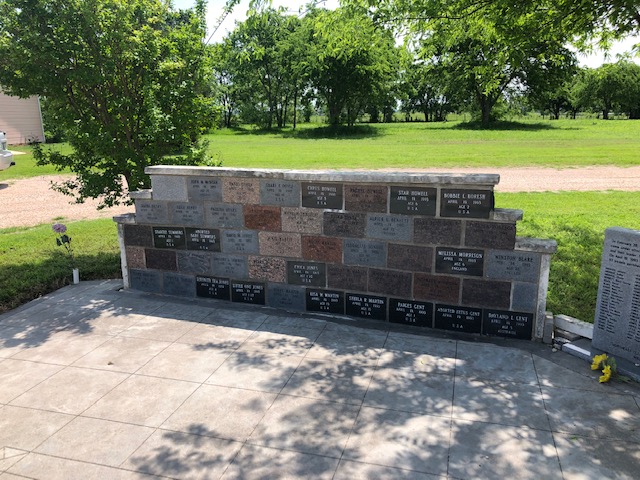 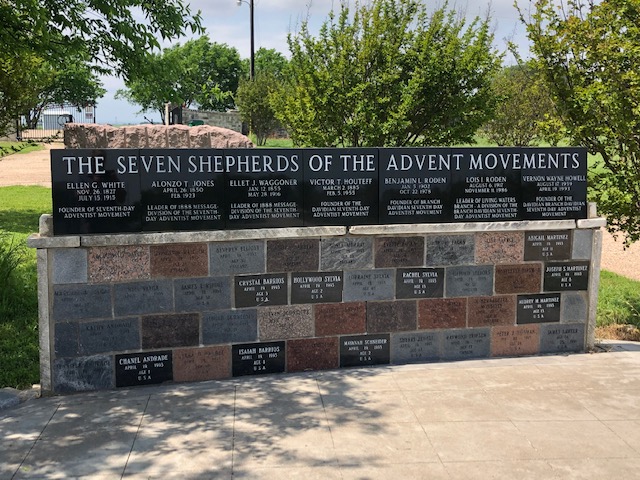 We could drive right up to where the compound used to be and see all of the cement remains of the buildings.  They have built a chapel on the old site and it is still used by the Davidians for their church. 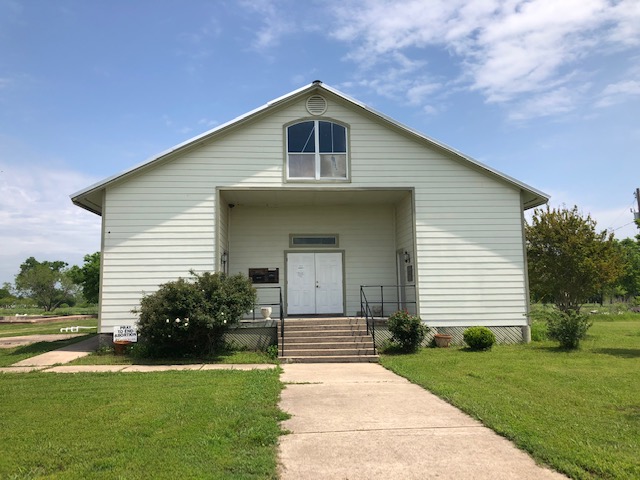 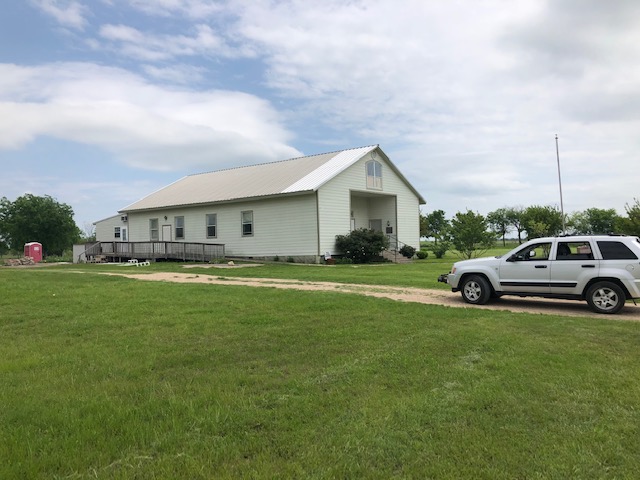 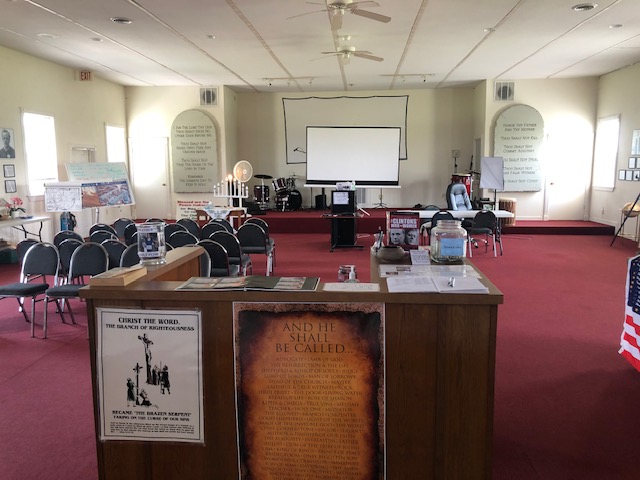 On the walls inside the church were lots and lots of pictures of the people who lost their lives and lots of other memorabilia of the event. 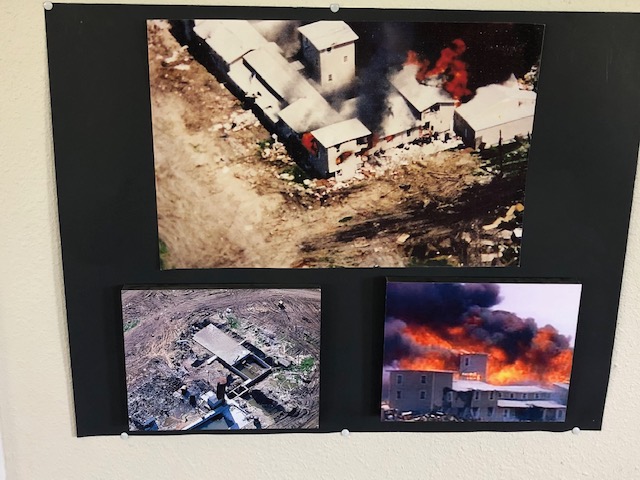 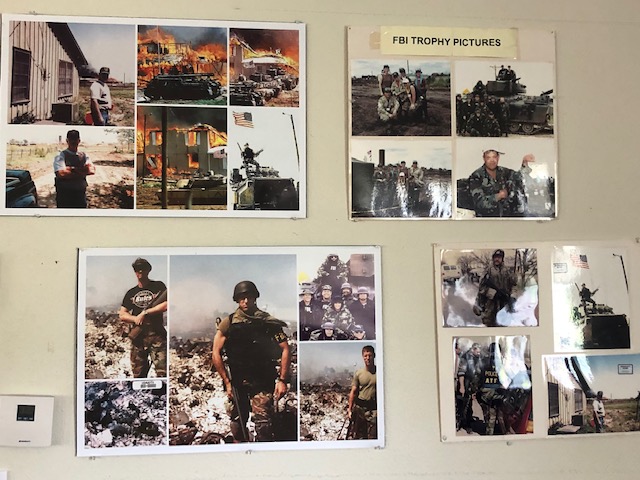 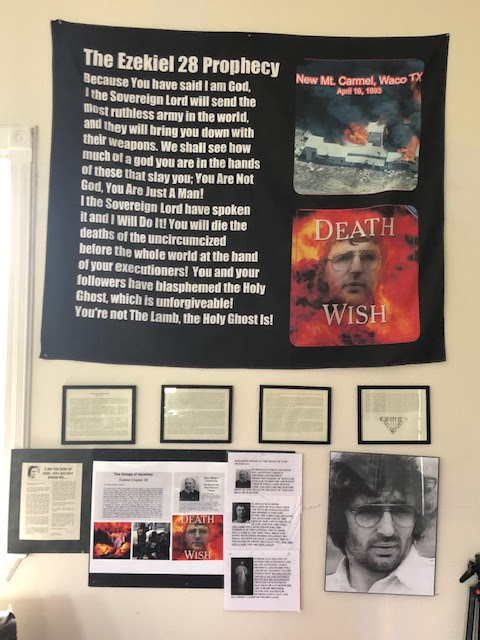 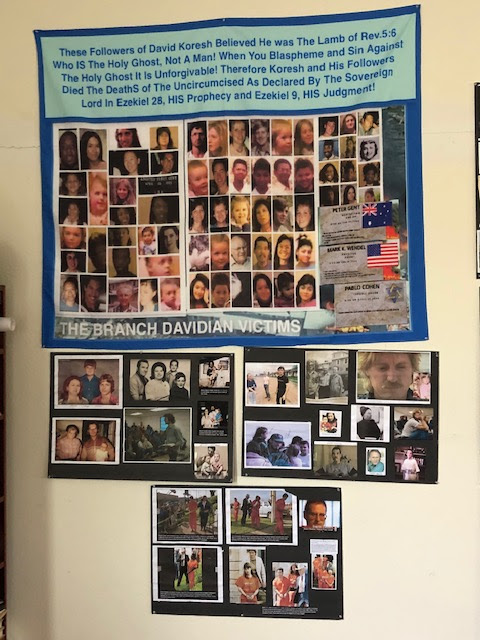 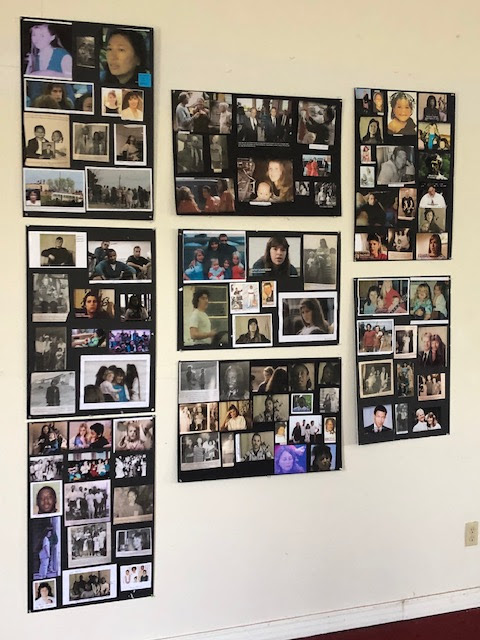 I walked around the yard and it was eerie.  There used to be a swimming pool here along with living quarters, a gym, a chapel and a big bunker. 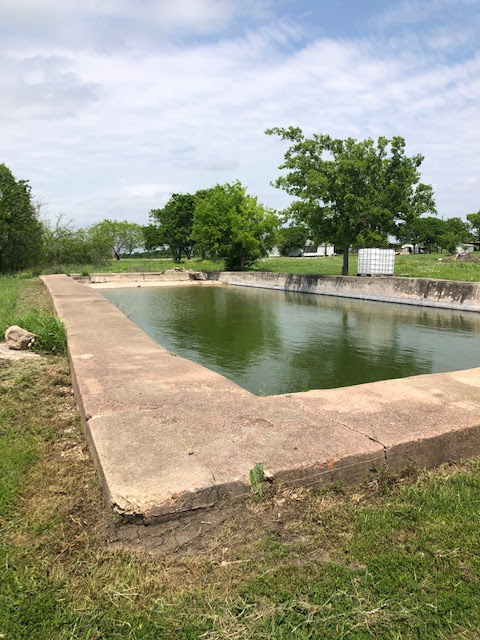 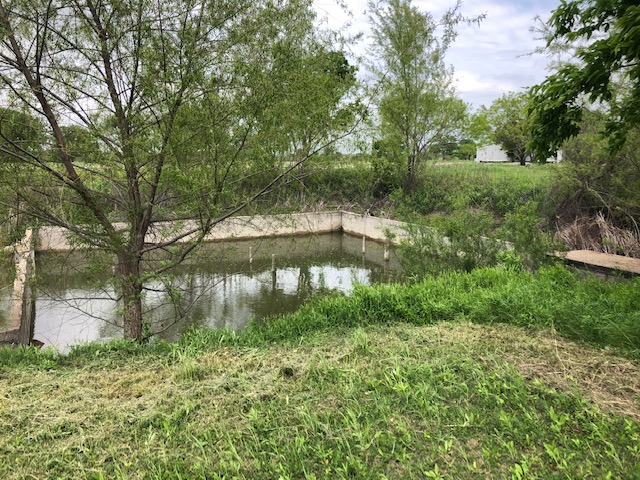 This is what is left of the school bus that was buried as an entrance to the underground bunker after the tanks ran over it. 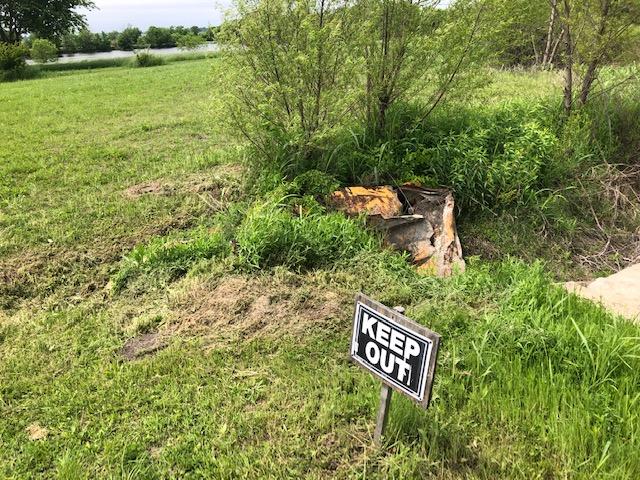 Some burned concrete is a grim reminder of that day almost 27 years ago. 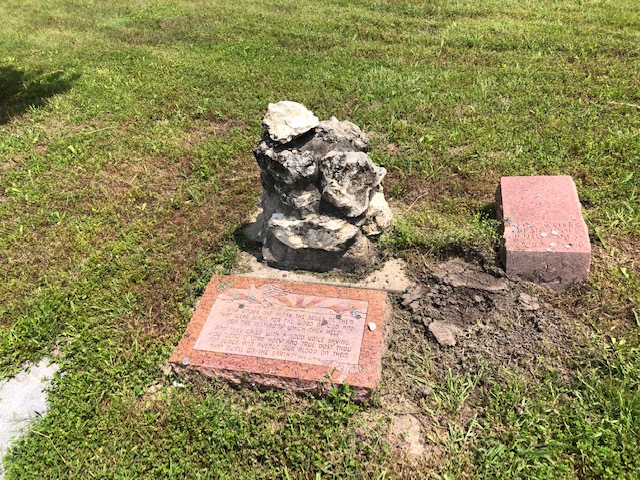 Part of the plaque is a memorial of the Oklahoma Federal Building bombing which was carried out 2 years later to the day by Timothy McVeigh on April 19 1995.  Timothy was greatly influenced by what happened here and the bombing he did was a sort of retaliation although he was not directly involved in the Waco siege.

Just as a foot note you may notice that there was not one single other person around and we did not have contact with anyone on our drive and tour today.   Just doing our part.

I did spot this take out place just down from where we are parked on our way home.  I offered to order take out as a special treat for Sue but she declined. 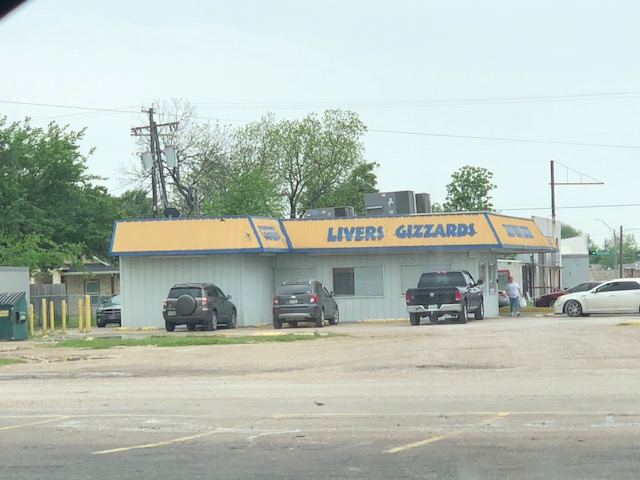 This was the view of the parking lot this evening.  Not a single soul around.  I wonder if there will be a line up tomorrow morning.  I know I won't be in it. 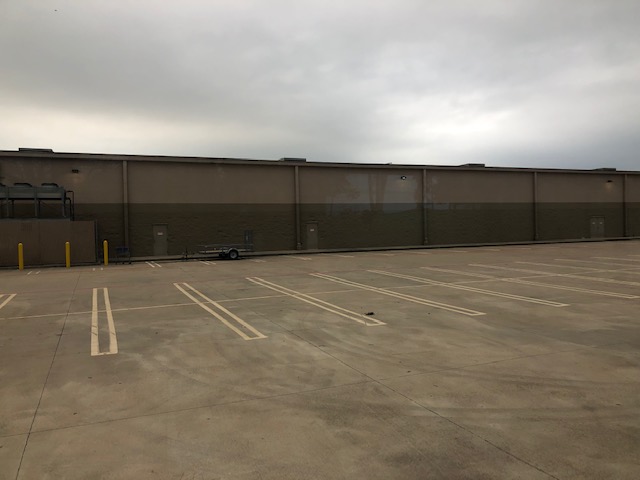 Posted by Lorne Green (A Place Called Away) at 20:34:00
Email ThisBlogThis!Share to TwitterShare to FacebookShare to Pinterest