WHERE ARE WE? La Penita, Mexico
Most of the day was spent as it should be, just hanging around.  We had Emma the dog over for a play date with Archie a few times during the day, and we went for a couple walks with them on the beach as well.  They say a picture is worth a thousand words so I will not bore you anymore with our morning and afternoon!! 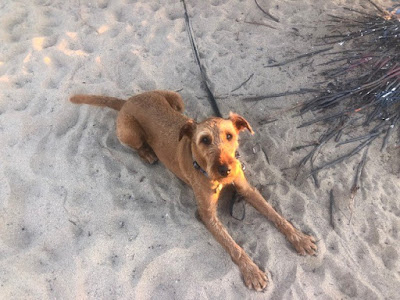 So lets skip the rest of the afternoon and get into the evening.  Our fishermen were having a conference when we went for happy hour.  Apparently they caught a few fish but I didn't see them. 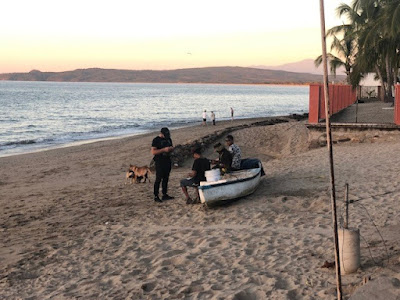 The beach dogs were waiting patiently for some scraps from the fish boat. We played some games of Skip Bo and then LCR at happy hour tonight.  Games are always a great way to mingle with friends. 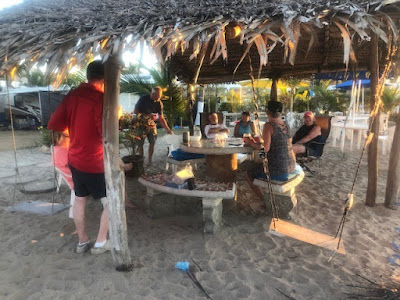 Sunset was great again tonight.  Sorry, here are some pictures. 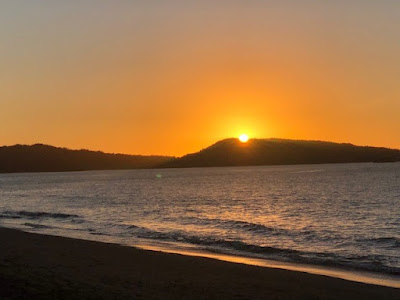 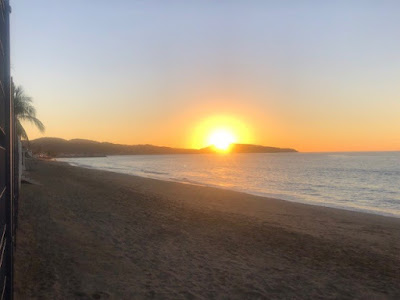 Sue and I decided to head downtown to have a treat at Kenia's tonight.  As we were leaving we noticed the moon was shining bright along with a star. 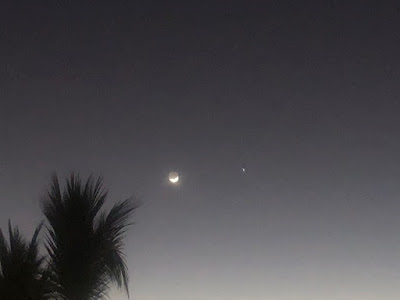 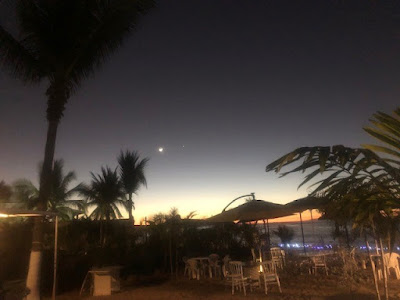 If you remember, I have taken a few pictures of the Purple Martins roosting on the lines at one particular spot in La Penita.  There used to be hundreds of them, but tonight there were only a few.  Maybe 50 total.  I wonder where the rest are?? 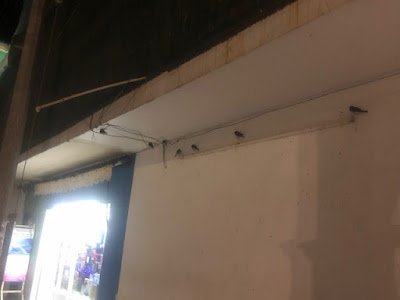 When we got to Kenia's we realized that something big was going on.  Time to tell you about funerals in Mexico.  Kenia sent us a note this morning saying that her boyfriend, Josie had lost his abuela.   Josie's grandmother had passed away in the night.  In Canada nothing would happen for about a week right?  Well here in Mexico they hold the wake as soon as possible.  The wake was right across the street from Kenia's because that's where the family lives so the street was full of people.  Josie's family were one of the founding families of La Penita so they are well known.  So we stopped briefly to give Josie our condolences and quietly slipped away.  In respect, I took no pictures.
We did see Kenia downtown a little later.  She was taking her niece Kataline back to Tina's house.  She is such a cutie!!!   Oscar had to show us the plantane that he bought.  It was huge.  I am not a fan of plantanes and I think the only way they are good is fried.   That was our day today!!   Goodnight!! 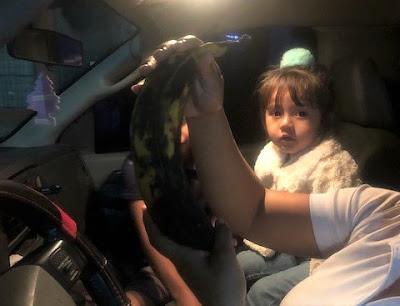 Posted by Lorne Green (A Place Called Away) at 18:32:00
Email ThisBlogThis!Share to TwitterShare to FacebookShare to Pinterest