WHERE ARE WE? La Penita, Mexico
It's going to get busy around here for a week or so.  The festival is coming to town, and it starts today with s show at the bull ring.  We bought tickets a couple weeks ago so we will be going. 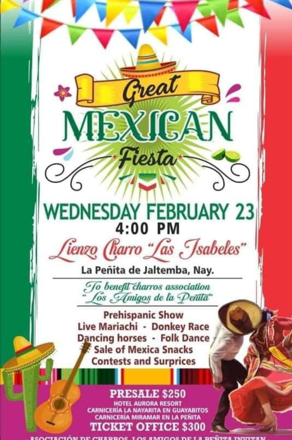 There is lots of activities all weekend and on till Tuesday.  They have a huge parade on Monday.  This event brings a lot of people to town, and we get to see some of the mountain folk here to celebrate as well.  Festivals are amazing things in Mexico!!

The show began at 4:00 so we were there with bells on.  Of course, following Mexican tradition, the show didn't start until closer to 5:30.  The venue is the old bull fighting ring which used to be a busy place apparently.  I don't think they do bull fights in the small towns anymore. 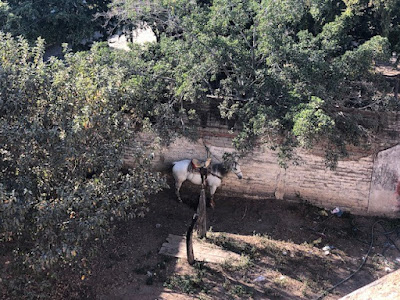 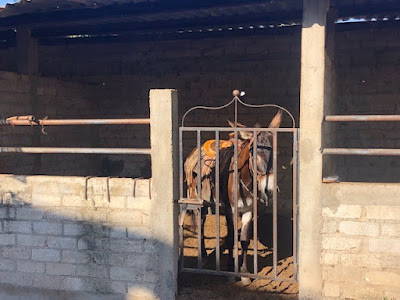 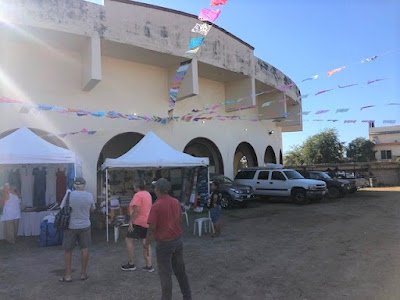 The place is quite big and seats a lot of people.  It was only about 1/3 full tonight. 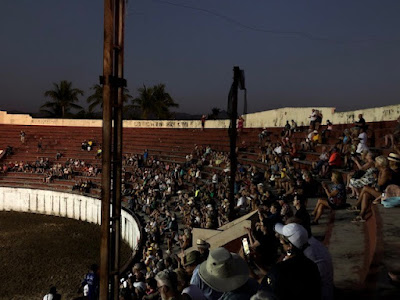 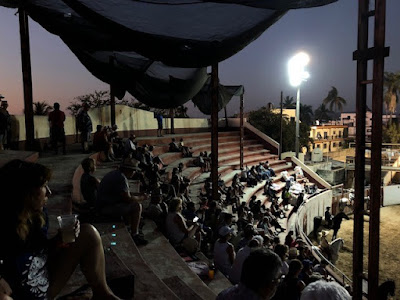 We commented that they have nice lights in the arena except they shine in the face of the crowd and on the back of the heads of the performers.  Oh well let's be thankful they have lights.
The show is a demonstration of a lot of the traditional horse events here in Mexico.  Because it is just a demonstration, not many Mexicans attend.  The stands were full of gringos.  I wish they could have filled the rest of the the seats with the locals which would have made for a real festive spirit.  Oh well!   They did a nice opening with the Mexican, Canadian, and USA flags. 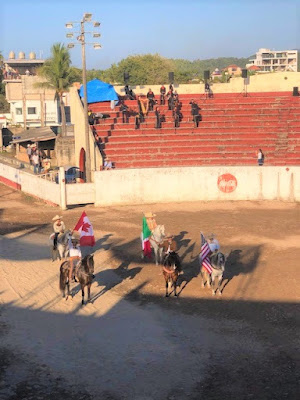 In true Mexican tradition, there are lots of margaritas to be drank.  They have kids selling them in the stands. 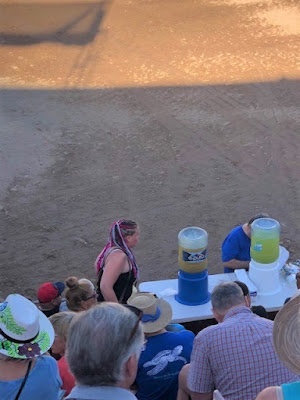 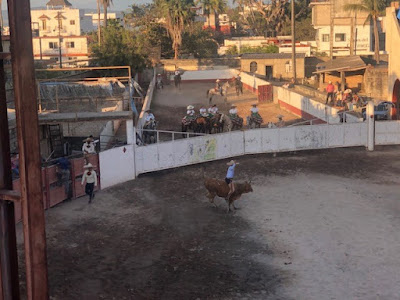 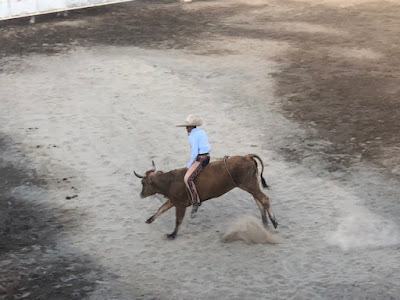 There were a few cowboys showing off their rope skills.  Actually, there was a young lady there that was quite proficient with a rope. 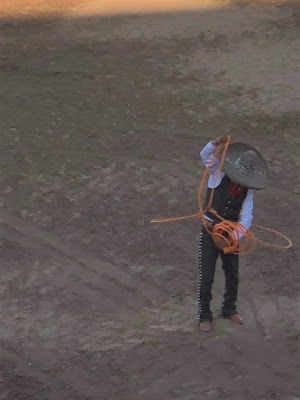 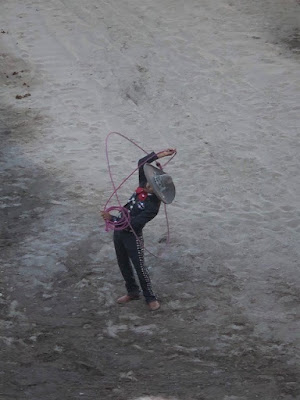 They even did some rope demonstrations while riding a horse. 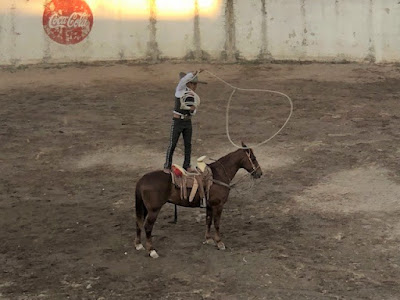 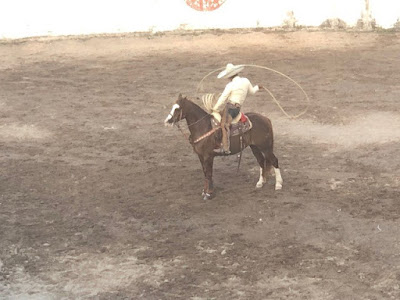 The dancing horses were amazing and every time the band fired up; they would all start to dance. They are very well trained. 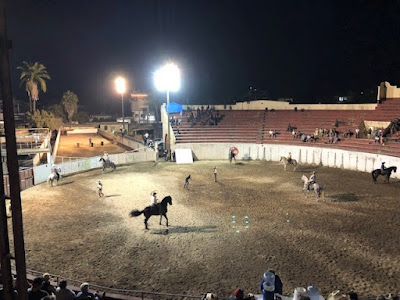 They had some contests where they called people out of the crowd to play games for bottles of Tequila. 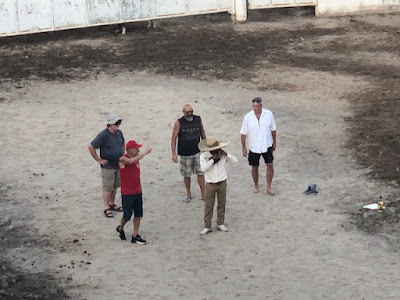 They had a dance troop from PV come up to perform for us.  They were quite colorful. 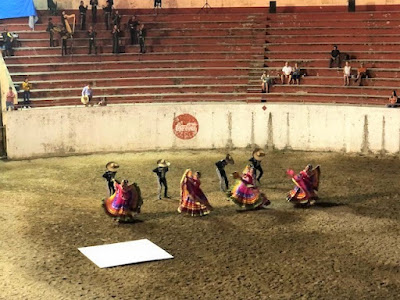 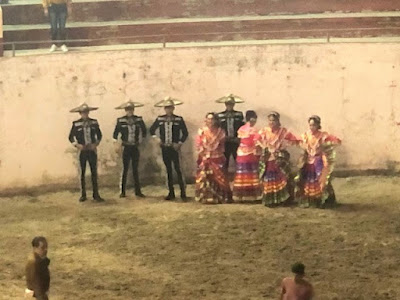 The ladies riding team performed some maneuvers while riding side saddle.  Nice dresses! 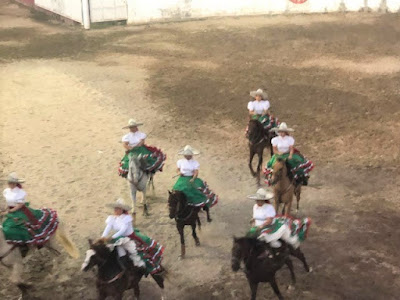 A traditional dance troop and some fireworks and it was all over.  It was all in all an enjoyable evening. 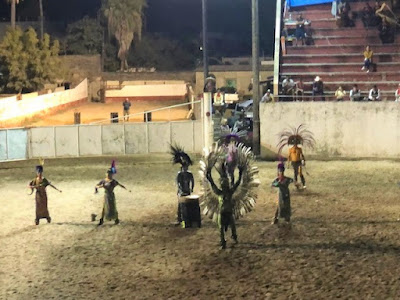 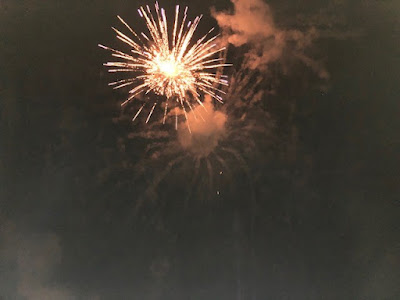 We were all hungry, so we stopped by a restaurant for something to chew on. 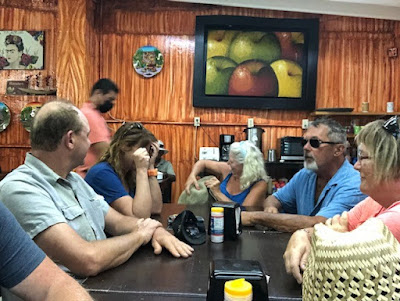 They had a neat budgie in the back, and I had to take a picture of the bathrooms.  I haven't done that for a while. 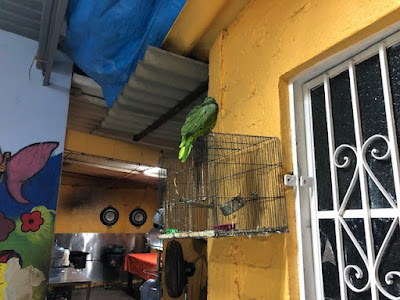 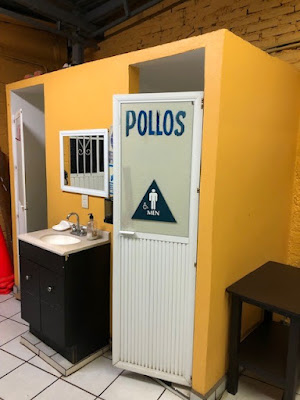 We have noticed more murals being painted in town lately.  There are a lot of them already and I will go on a tour one day to check them all out.  These are a few of the ones on the posts downtown.  Very colorful.  We had a great day and hope you did too! 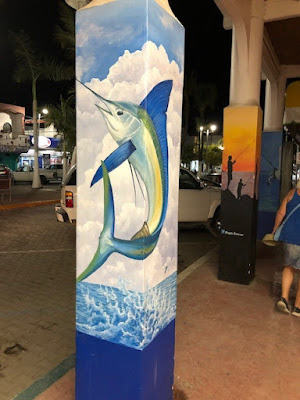 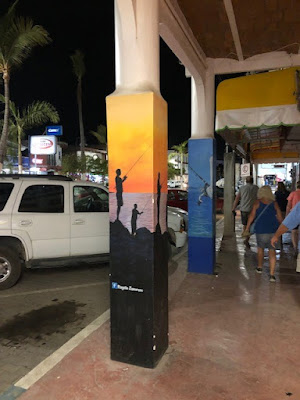 Posted by Lorne Green (A Place Called Away) at 14:52:00
Email ThisBlogThis!Share to TwitterShare to FacebookShare to Pinterest