A Trip to Puerta Vallarta for Flowers!

WHERE ARE WE? La Penita, Mexico
An early start to my day.  We left La Penita at 7 am heading to PV to take Tina for a gastroscopy.  Kenia came as well, and Sue stayed home to look after Archie.  It was going to be a slow day waiting on the procedure. 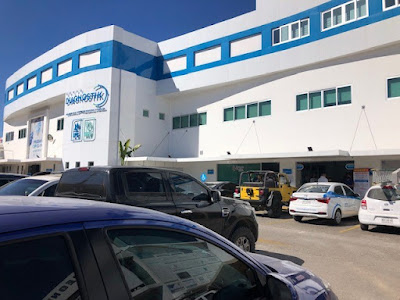 We got to the clinic about 9 am and Tina and Kenia got in fairly quick. 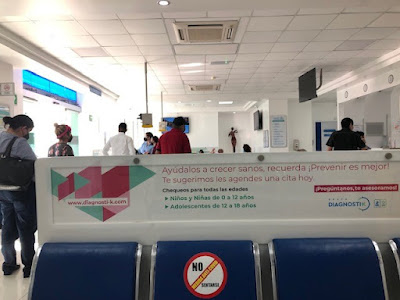 Because it was busy in the waiting room and they still do the half the chairs occupied covid thing, I had to wait outside.  The outside area is in the shade with a nice breeze, so I didn't complain. 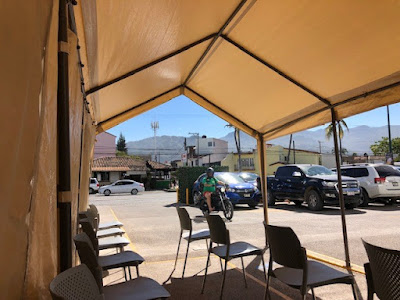 While I was sitting there, I had a good view of the entrance to one of the clinics.  The covid precautions are kinda over the top and something from a sci fi movie.  There are a couple guys at the door who make sure you dip your feet, make sure your mask fits tight, sanitize your hands, and take your temperature before you go in. 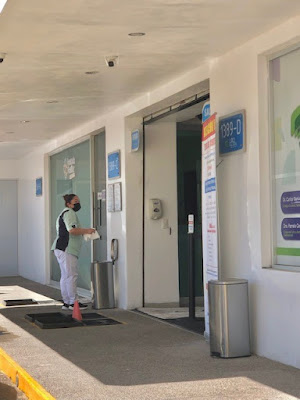 Now comes the part of the story that I snicker about.   This makes me marvel at how people have no idea what they are doing with all these precautions, but rather just blindly march ahead with them because someone in power demands it of them.  So, one of the guys that is checking everyone has on a black mask and a uniform and looks quite official. Anyhow all of a sudden, he rips off his mask and proceeds to sneeze, not once, not twice, but three times without even attempting to cover his mouth with his elbow, his hand or anything else.  A patient, and his security buddy and the cleaning girl were both in the line of fire as he spread his covid germs all over them.  After his third sneeze, he quickly wiped his snotty mouth on his sleeve and put his mask back on, ready to go back to work.  Wow!!
Anyhow, Tina got finished up and we decided to go for breakfast.  They put her out for the procedure, so she was feeling a little groggy, so we had to steady her going across the street. 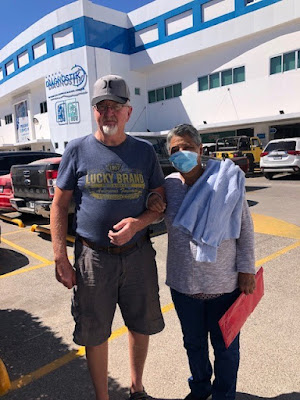 There was nice little restaurant across the street, so we headed there for breakfast.  Kenia said it was her treat.  So, we relaxed and enjoyed it and Tina felt a lot better by the time we were done. 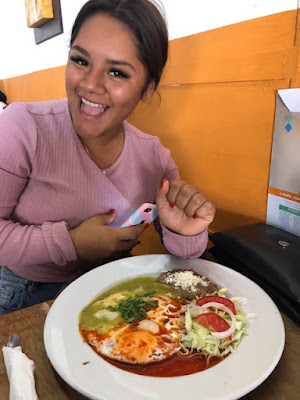 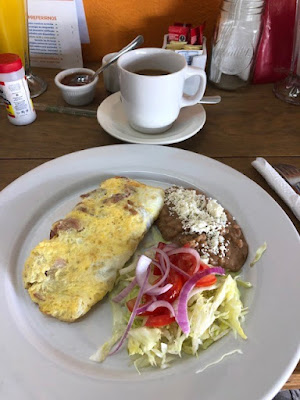 Just a couple blocks away was the Costco so we stopped there for some supplies for the El Cafecito.  Tina was still a little off, so she relaxed on a nice couch. 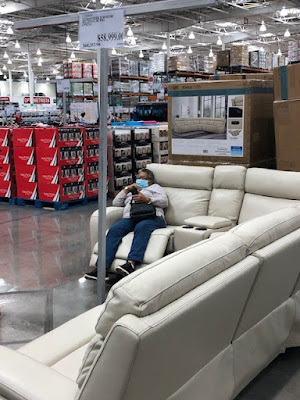 Guess what?  The day after Valentines all of the flowers go on sale.  Well by golly I latched on to a bunch and away I went.  There were 24 in the bunch, and I always remember Sue saying that it wasn't the amount, but rather the thought that counted, so I gave some to Kenia and Tina for a belated Valentines, and I gave 1 to some random person just because.  So, Sue got 11 to go with the nice ones that Doug and Darcy gave her yesterday.  Happy Valentines Birthday Sweetheart!! 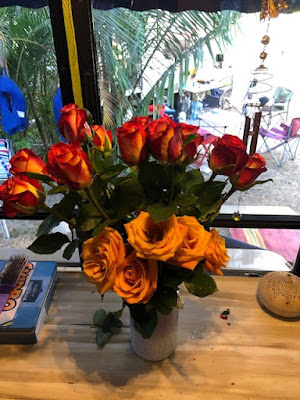 The trip home was quite slow because of all the construction.  We had to wait for 15 or 20 minutes at one spot and then the trucks in front of us made us go slow for a while.  Oh well, we had all day to get home and it took a good portion of it to get there. 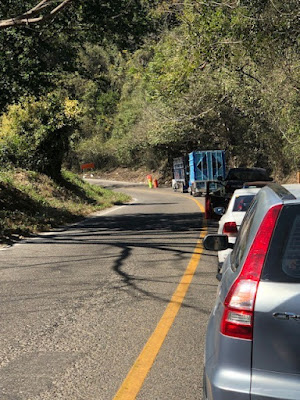 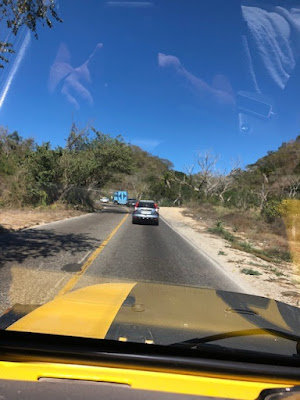 It was nice to get home again and sit in my chair and watch the dog's play. 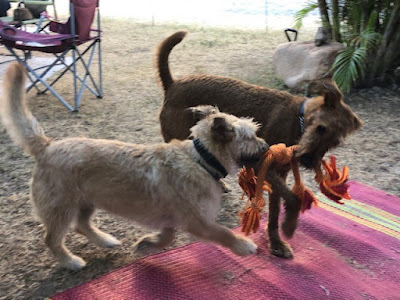 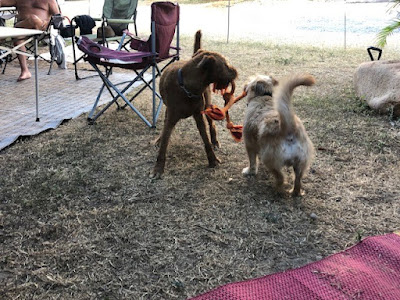 Later we went to the palapa for happy hour and had a couple rousing games of Skip bo.  It was fun to watch Normand and Suzanne playing because Normand likes to suggest to her how to do it and Suzanne says, "no no no, don't tell me!!"  We had lots of fun. 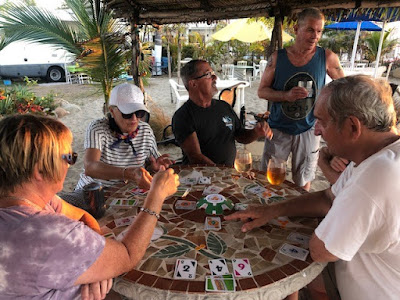 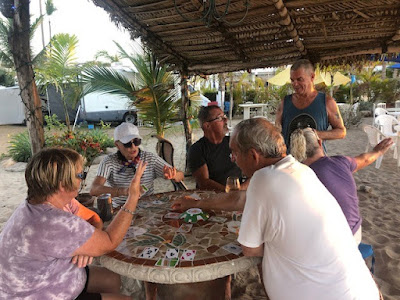 It was so much fun, that it wore us out, so we went home to relax for the rest of the evening.  Hope your day was great too!
|
Posted by Lorne Green (A Place Called Away) at 15:29:00
Email ThisBlogThis!Share to TwitterShare to FacebookShare to Pinterest