WHERE ARE WE? La Penita, Mexico
Today was a computer type of day.  Everyone seemed to have a project on their computers.  Today was the first day of booking campsites for any British Columbia Parks, so John and Lauren were both working against the odds to get the ones they wanted for the summer.  And Sue was starting to work on a project that her and Lauren had dreamed up. 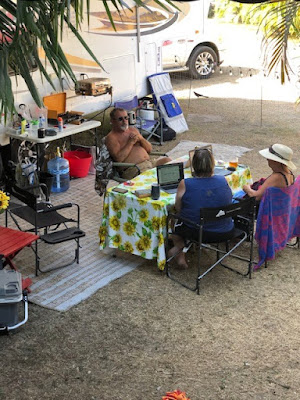 When I say I go for a walk after supper downtown it is usually dark by that time.  Let me show you part of the trip downtown.  There are 2 big dogs down this street that I am showing you, Bruno, and Luna.  They have a terrifying bark and are actually guard dogs, but with a few treats and meeting them outside their fences in the daytime, we have become good buddies.  You may ask if I am concerned for my safety on these walks?  Not in the least.  The people here are the friendliest in the entire world I'm sure and if I ever needed help because of a trip or fall, I could knock on any door along this dark alley, and they would welcome me into their home and fix me up.  The only real danger is tripping in a hole in the road or stepping in a pile of doggie doo doo. 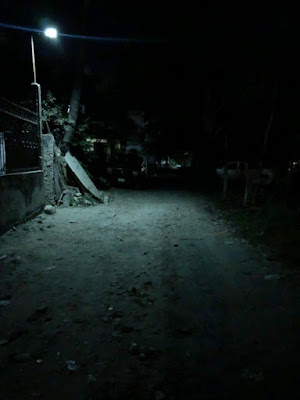 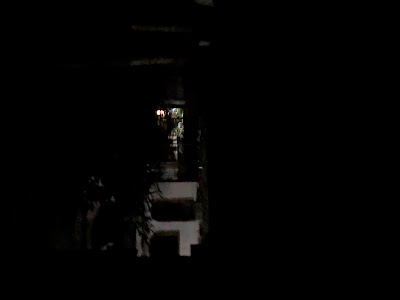 Tonight, I had to get a couple things downtown and met up with Kenia who was on her way to the Carnival to play a couple games, so I went with her.  Its only a couple blocks from the store.  We played the marble game which cost 15 pesos and won an intermediate prize.  There are not a lot of people here tonight because it is Monday.  Tomorrow is the big day with a parade and all. 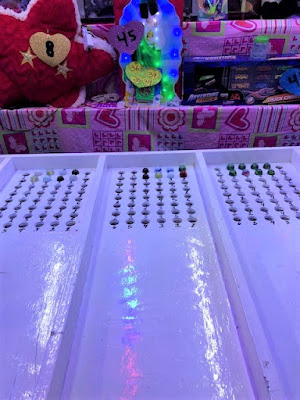 Kenia chose a bubble thingy because she is expecting to spend some time with her niece Kataleen in the near future.  She is always so thoughtful about things like that. 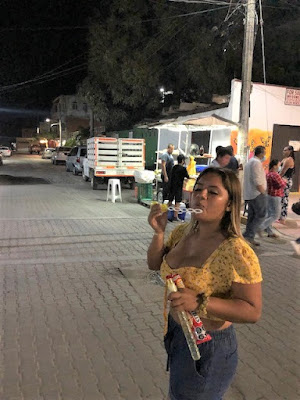 Us gringos are really good at brutalizing the Spanish language.  One of our big mistakes is putting emphasis on the wrong syllables in words.  And when we try to ask or explain things in English to a Mexican, we look very stupid, because we tend to revert to baby talk first, then we start to yell like we think louder is easier to understand, and then we just try in a whole bunch of ways to tell them what we are trying to say, which just compounds the problem.  We don't really understand how bad of a job we do until we try to teach a Mexican some English.  We get a lot of good laughs here while we try our best to learn to communicate.  It always reminds me of the Mexican Word of the Day Cartoons.  I wonder if Mexicans have Gringo Word of the Day Cartoons???   Goodnight!! 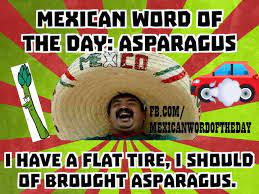