A Trip to Compostela

WHERE ARE WE? La Penita, Mexico
A trip to Compostela today to get Kenia her identification card which is the final step to her adulthood and being able to travel with her passport.  Erika also needed to do some business there. We headed out in the Jeep with the wind blowing in our hair.  Kenia didn't want to mess her hair, so she covered her head with a sweater. 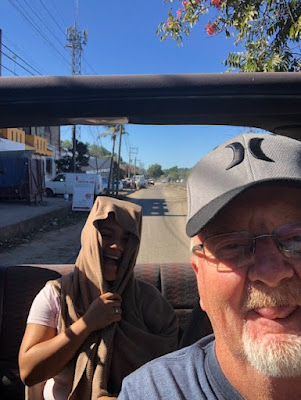 It wasn't long before we determined that we were hungry, so we stopped in Las Varas for some breakfast.  Nice little restaurant and a couple pretty ladies to dine with. 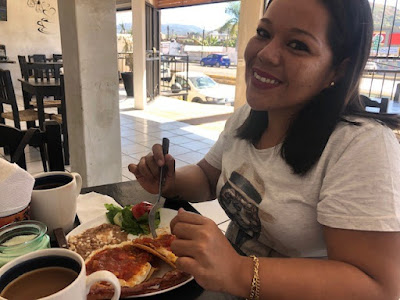 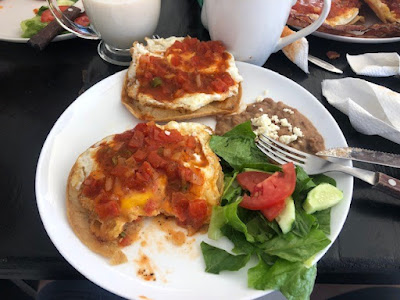 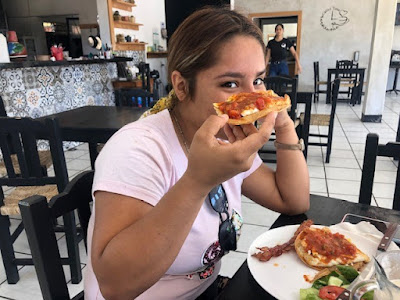 Compostela is about halfway to Tepic and goes over a mountain range.  Almost the whole trip from Las Varas on is on windy roads way up on the mountain.  It is beautiful country but requires 100% attention to driving.  Erika took all the pictures for me. 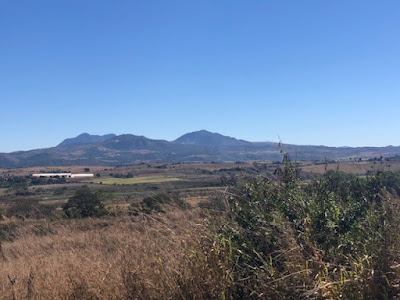 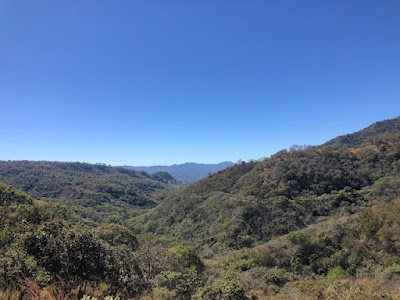 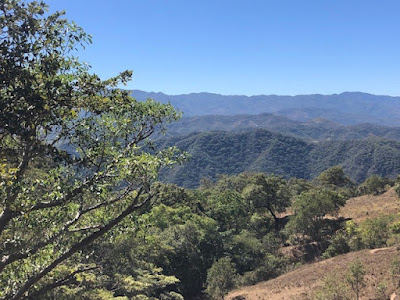 And then we could see it ahead in the valley. 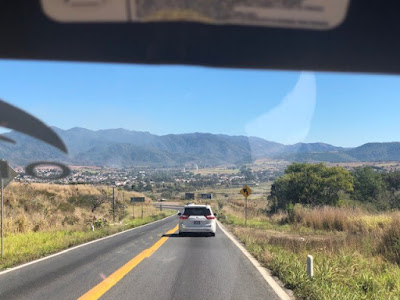 First order of business was to get Kenia's ID from the INM.  We thought it might take quite a while, but they hustled her right in and withing 10 minutes she was done.  We even got to park beside a mini me!!! 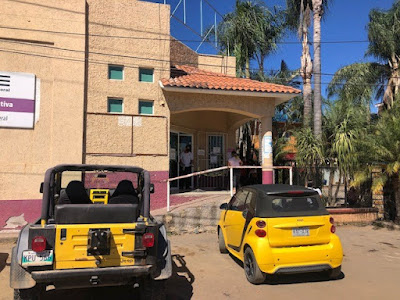 Across the road was a truck that didn't like the 30 kms of mountain driving.  The load of bamboo is going to be late I'm aftraid. 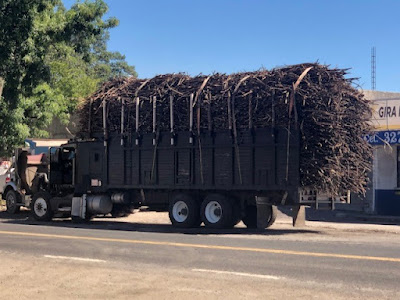 The town itself is a typical Mexican town with lots of colourful decorations and some murals on the walls.  We drove right down to the square, where Erika had some business to do. 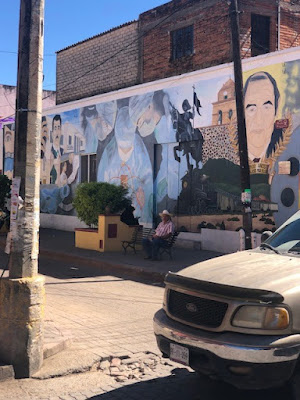 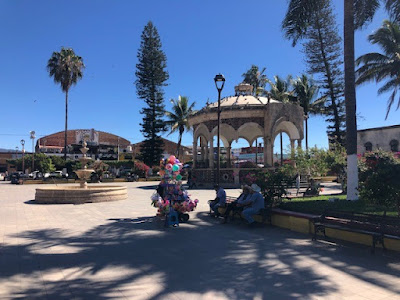 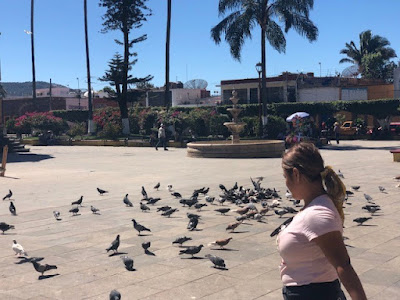 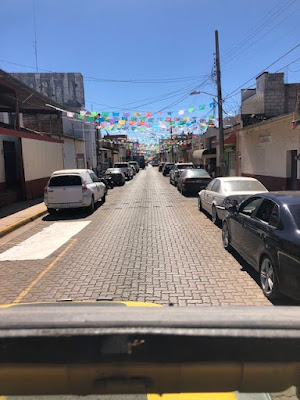 There is a nice old church on the end of the square and while we were there the bells began to toll and people were going in for some sort of a gathering.  The bells are such a beautiful sound. 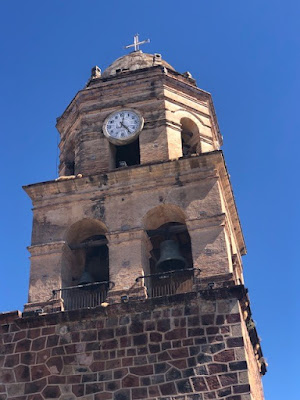 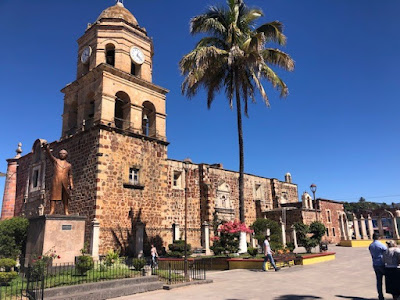 There were some statues of important political figures in the square.  Because I'm not a tourist, I didn't stop to read who they were. 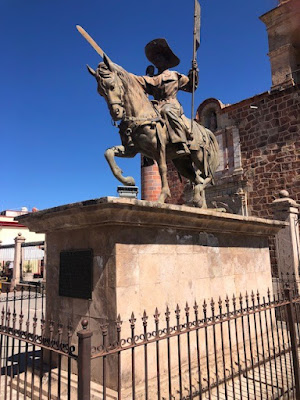 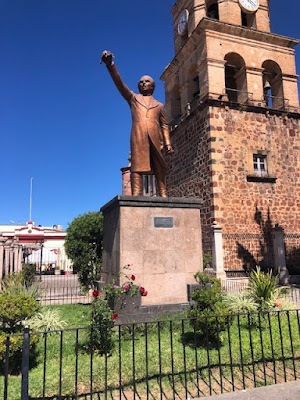 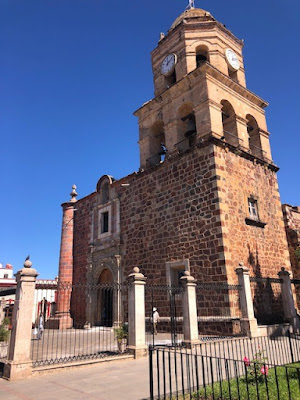 We took a little walk around and found an Ice Cream shop.  They actually pour creme over ice and add lots of fruit flavours.  It is quite good. 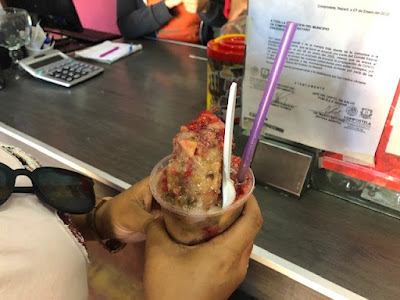 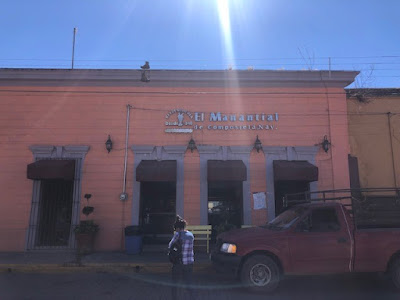 And we found a guy selling chicks and ducks.  He had a bunch of them all coloured up and of course Kenia needed to hold one. 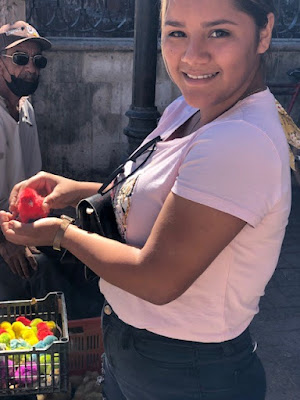 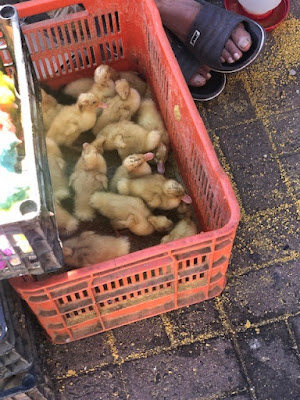 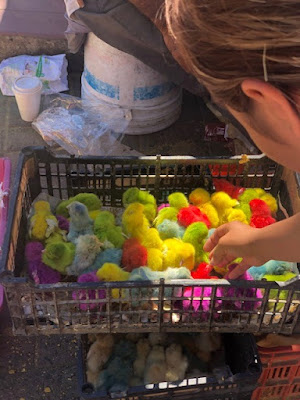 We didn't spend a lot of time there, but I did enjoy what time we did spend.  It was time to hit the road again back to La Penita. 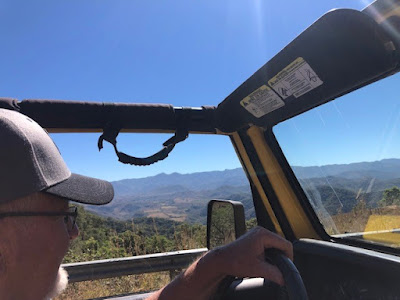 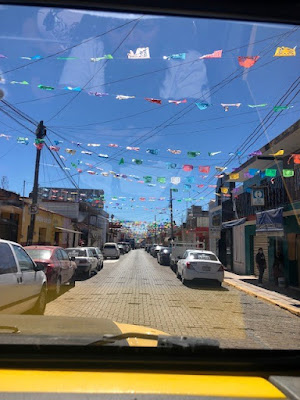 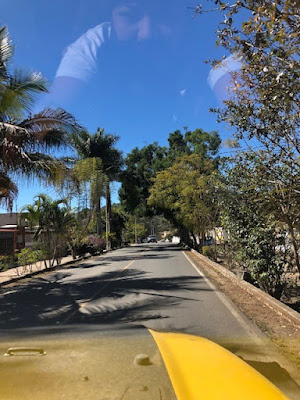 We got back midafternoon and picked up the kids to come to the playa (beach) to enjoy the afternoon.  When we got there, we discovered the beach covered in little blue jelly fish.  Apparently, they sting a little bit, so we just stayed away from them.  The jelly fish were only where the sand was wet, so we just moved above that line. The kids had a blast, and I took everyone home about supper time. 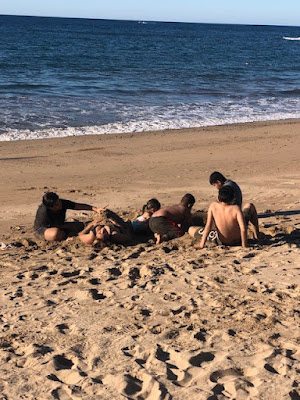 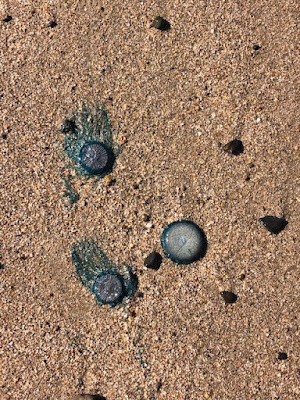 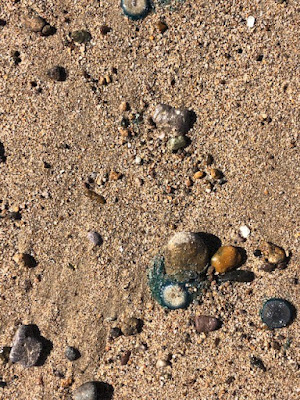 That was our day.  We missed the sunset today but spent some good time just relaxing in the evening.  Hope your day was great too.
Posted by Lorne Green (A Place Called Away) at 01:30:00
Email ThisBlogThis!Share to TwitterShare to FacebookShare to Pinterest