Rocket Launches have intrigued me since I was a kid.  One of the first ones I remember was when John Glenn orbited the earth 3 times in a spacecraft on February 20, 1962.  I was almost 7 years old, and I remember there was no school that day and we were huddled around the radio at home to hear the broadcast of the launch.  We had no TV yet so audio was all we had.  We sat spell bound for about 7 hours from before liftoff to the point where the famous picture was taken of him getting out of the capsule.  It was like a fairy tale coming true to think that man had been in space!!  Of course the Russians beat us there, but that was never even mentioned much in those days.  We have come a long way with our technology, but manned flights are not as common anymore. 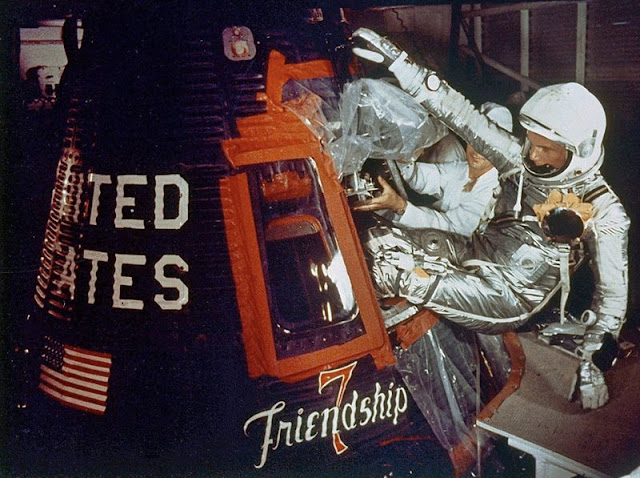 We also thought sadly about the day the space shuttle blew up more than a minute after liftoff and killed everyone on board.  This was especially a sad one because Christa McAulliff was going to be the first teacher in space, so there were millions of school children watching the disaster.  I remember exactly where I was on that fateful day when I heard the news and I'm sure you do too.

Those are a couple reasons that Sue and I really wanted to see this launch, and the other reason is that night launches are supposedly spectacular.  Well this one did not disappoint.   This was the launch as we saw it from the beach about 30 miles north of the launch site. 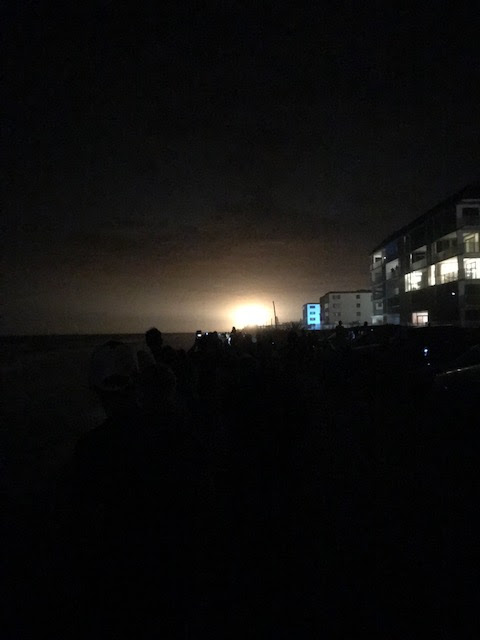 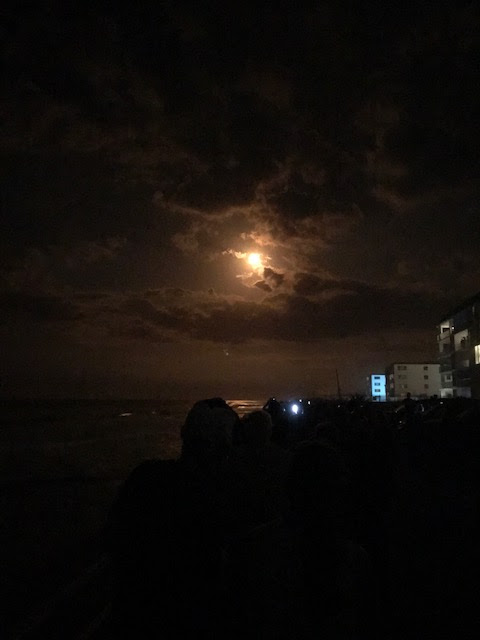 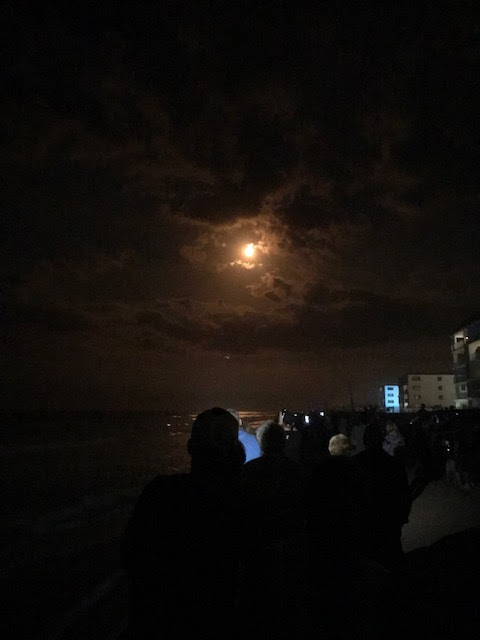 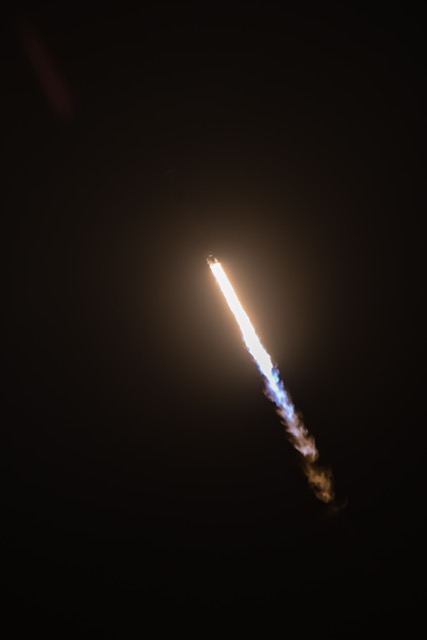 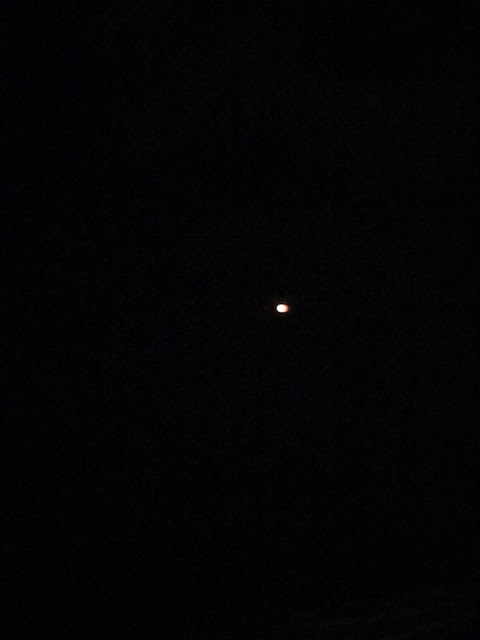 Our day started off with a Cummins truck pulling up to our motorhome about 10:30 to do the diagnosis.  Our appointment is for 1:00 so that is a good sign.  Chris did a lot of stuff with the scanner and computer and ran some fuel tests.  Final diagnosis is that the shaft in the injector pump is not turning thus not pumping fuel.  Now its off to the service manager for a quote. 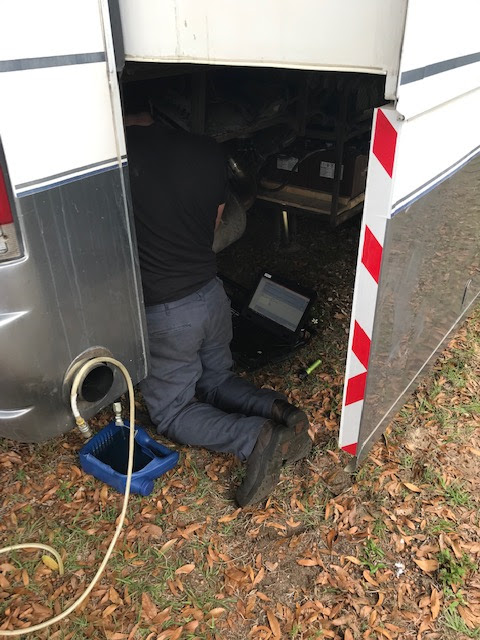 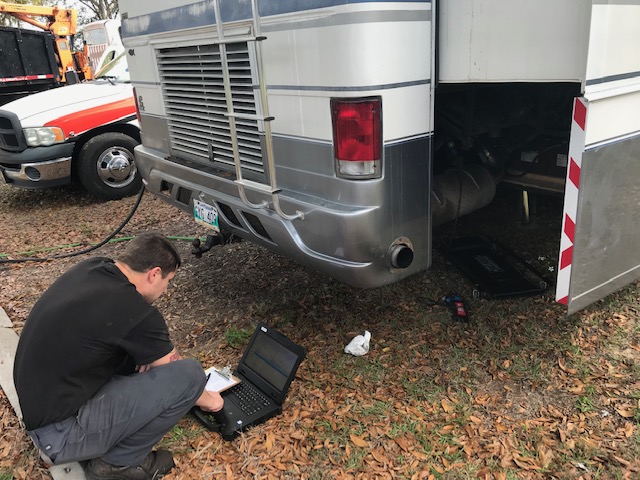 The rest of the day we spent driving to Daytona Beach to see the rocket launch.  Sue was the pilot today and I just sat back in terror!!!   She is a good driver but more aggressive than I am so I do hold my breath occasionally. 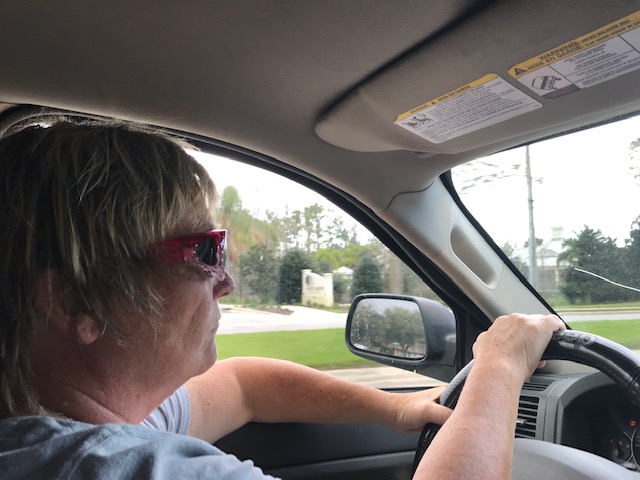 It was a nice drive through all the tourist areas.  They are all getting ready for spring break which is soon. 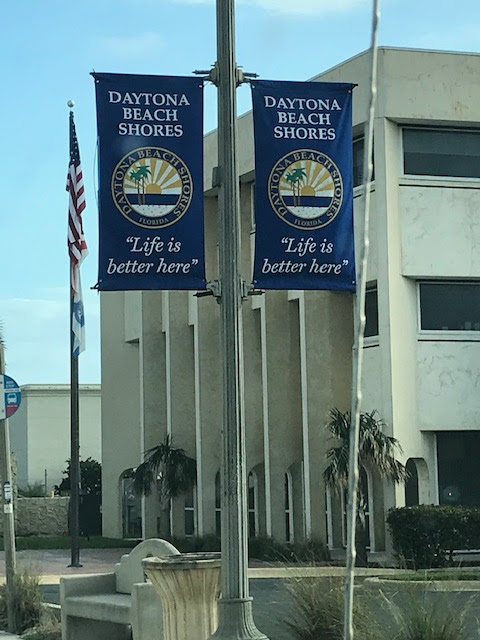 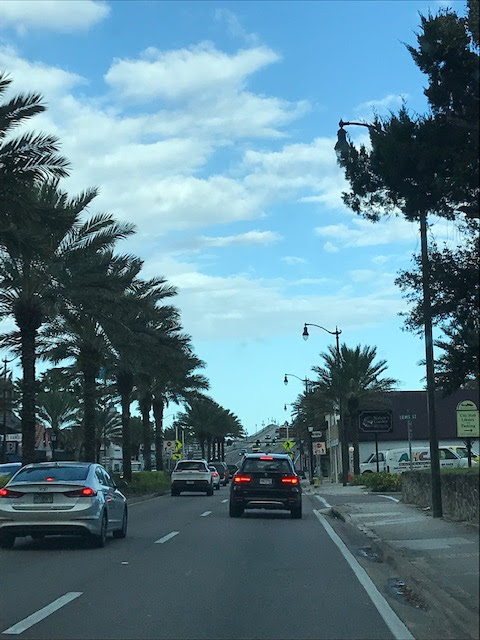 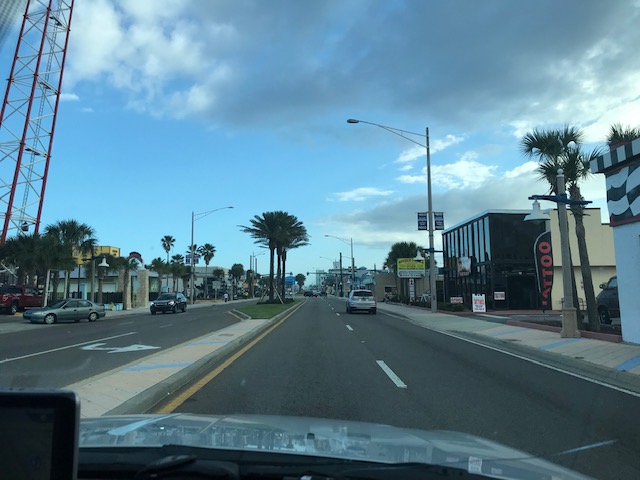 We found the neatest little place to have what was supposed to be a little bite to eat, but turned out to be a full fledged supper.  I had spaghetti and meatballs, and Sue had fried liver.  mmmmm  I think this turned out to be a total Keto cheat day.  I even had dessert!! 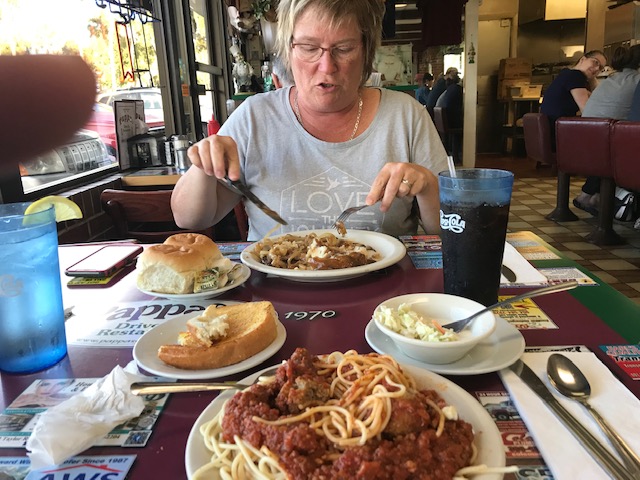 Then the neat part was getting the bill.  It was almost like eating in Mexico, right Kevin and Ruth?? 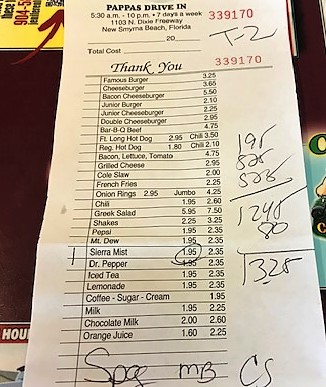 It was a grand day and we didn't get home until about 11:30 pm so it was straight to bed.  Tomorrow we will find out the plan of attack to fix the Ponderosa.

This was the view from our window this morning. 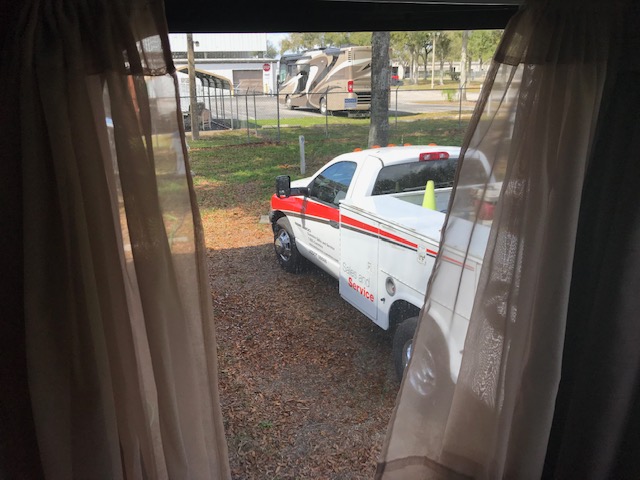 Posted by Lorne Green (A Place Called Away) at 10:29:00
Email ThisBlogThis!Share to TwitterShare to FacebookShare to Pinterest