Time to Make a Decision

So up until now we have been told a lot of different things about what is wrong with the Ponderosa.  It started out with the roadside mechanic saying that we have a fuel blockage.  Then the next one said it was probably the ECM (engine computer).  Then the next diagnosis was the fuel solenoid was gone.   At that point we decided to come to the Cummins dealer and get a scanner on it to find out the problem.  Actually it was the good old eye of a young technician that finally told us what the problem was.  When a pump is driven at the front, and you look at the shaft at the back of the pump, it should be turning, but it wasn't.  So it was pretty obvious that the shaft in the pump was broken.  Lots of theories but a lot of blown smoke. 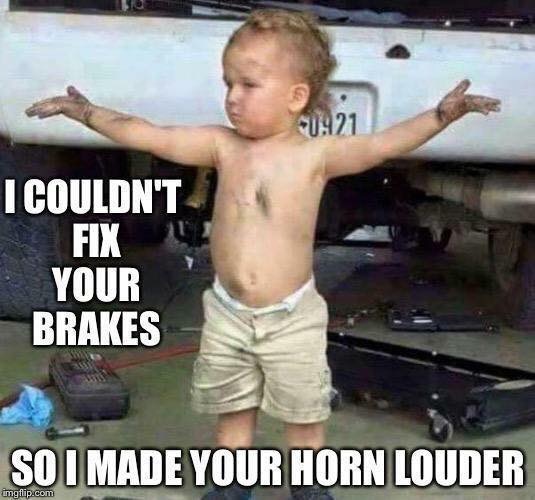 Now we are at the point where I am saying that I had a reconditioned pump installed back in November and 3 months later it has failed.  I want someone other than me to pay for it!!  So now the process of deciding who is to blame for the failure. It is not the fault of the shop who changed it out for me back in Wisconsin, and it certainly isn't my fault, because I never laid a finger on it.  So we are left with the rebuild shop, and the manufacturer of the pump which happens to be Cummins.  So in order for the rebuild shop to entertain a warranty they wanted to see clean injectors that are not plugged. They feel that a plugged injector could create enough of a repercussion back on the pump, that it would break a pump shaft. I'm thinking someone is grasping at straws!  So the guys here had to remove the injectors for visual inspection.  They are clean as a whip.  Just add that expense to someone's bill!!  So now it is in the hands of the powers to be to decide who, if anyone, is going to stand behind this catastrophic failure.  For now we wait. 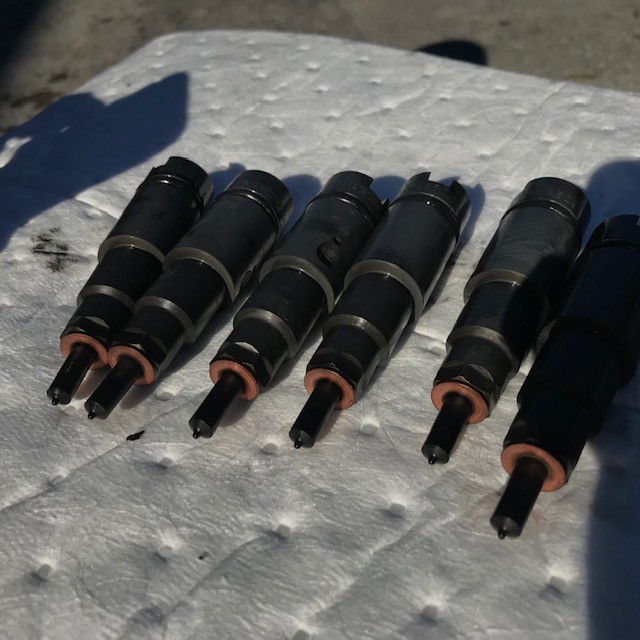 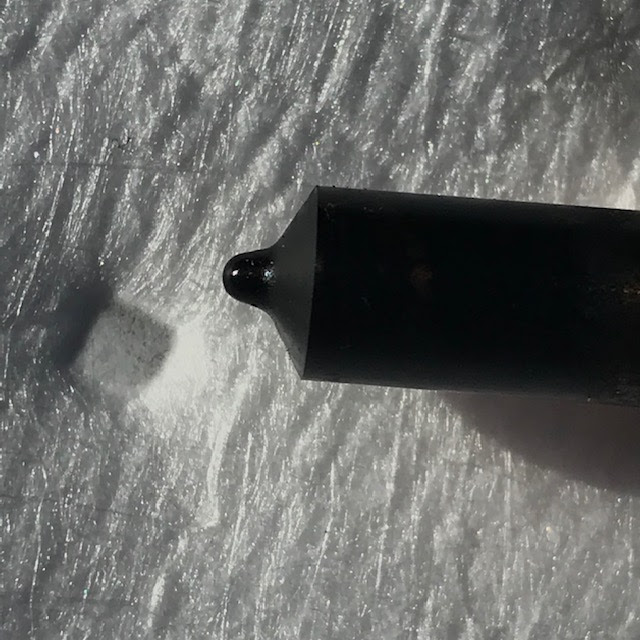 The one person that has been there to keep me calm and on track with this whole thing is AJ who is the owner of Pink's Automotive back in Wisconsin.  That is the shop that originally did the change over of the pump last fall.  He has not backed away from the situation and has been trying to help find solutions to get us on the road again.  Thanks for all your help so far AJ!!  The Cummins shop here has been very patient as this whole thing goes round and round.  They have done everything in their power to make us comfortable here while we wait!

Sue got busy and did some more work on waxing the Ponderosa.  We found a spray on wax that seems to work real good. 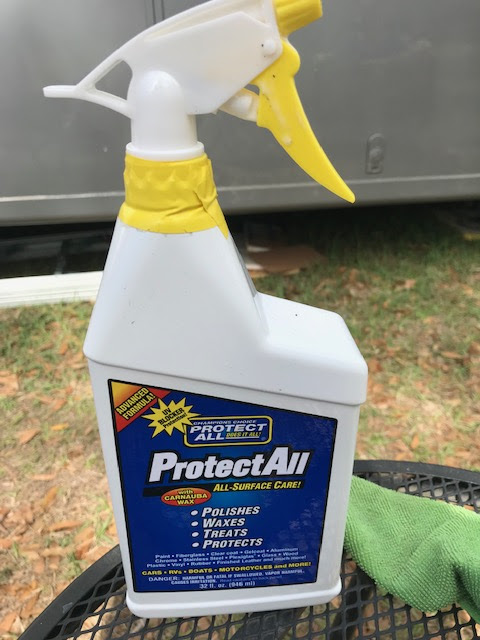 It is still a big job to hand polish 1000 square feet of motor home.  We will get it done I'm sure. 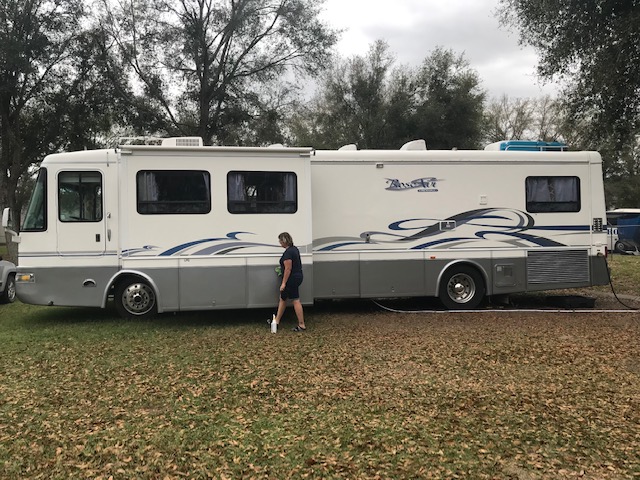 The view out the window today was of a nice shiny side of the Ponderosa. 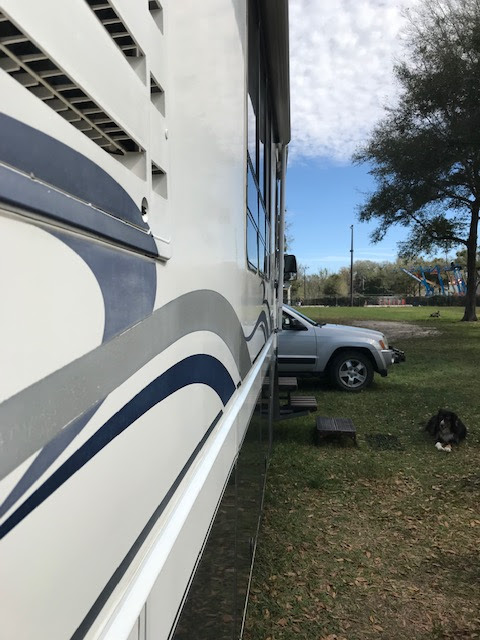 Posted by Lorne Green (A Place Called Away) at 19:58:00
Email ThisBlogThis!Share to TwitterShare to FacebookShare to Pinterest