A Package arrived from the North!!

When I went over to the shop this morning to talk to Rich, there was a car hauler sitting outside.  He was having some problems but that is not what made me stop and talk to him.  All of the cars he was hauling were definitely Corvettes but I had to ask him why they were covered.  I thought maybe they were prototypes or something but the driver assured me that the covers were to keep road rash off of them.  He admitted that he loved to drive them off the truck and he gets a little thrill from the vroom vroom!! 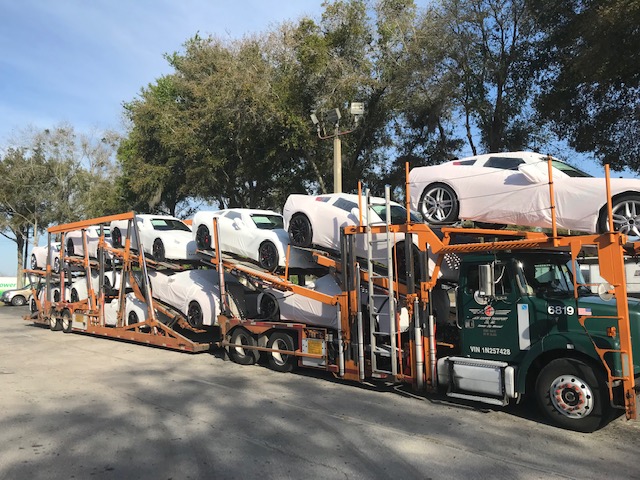 Of course Charlie was with me and the driver had some treats for him.  When we were done talking I began to walk away and Charlie was having no part of leaving.  He thought there might be more treats.  Little traitor!!! 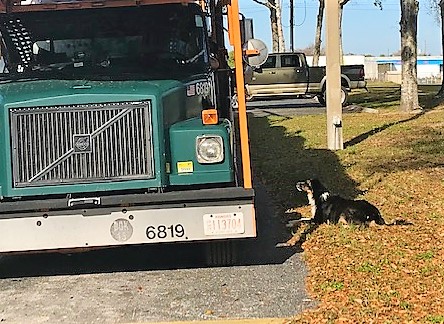 After a bite of breakfast I headed across the street where there was an auction today.  Just wanted to hang around and see how it went.  It was mostly junk and there was a whole line of burned out wrecked tractors and stuff. 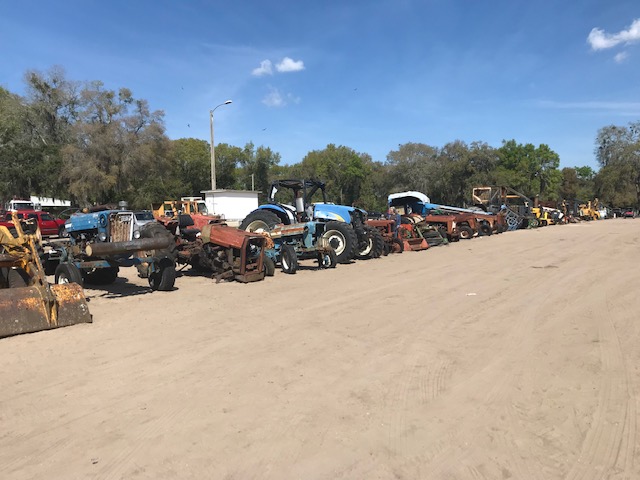 I didn't see how much they got for the corn harvester, but I had to take a picture of it for Mark at Cochranes where I work in the summer.   He has a little nicer one than this. 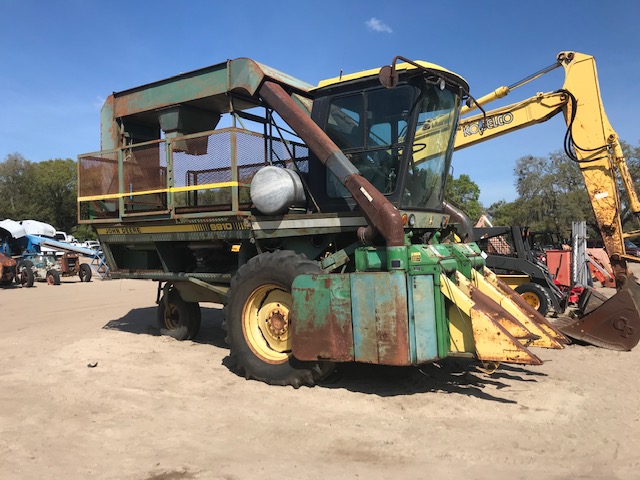 I almost bought a boat today and certainly would have if I was at home.  It was owned by a little old man and lady who were there.  I watched them before it went for sale and they were all nervous.  They had a couple lawn chairs and sat by it for probably and hour before the auctioneer got to it.   When it was time to sell the little old man grabbed the microphone and said it had been their pride and joy and ran really good when they last used it 10 years ago.  I looked in the galley and it was in nice shape down there.  It really needed a little TLC on the outside.  They started the bidding at 500 bucks and got it up to 2000 bucks.  The auctioneer tried really hard to get more bids but that was all he was going to get.  He asked the little old man if he wanted to let it go for that and he looked at his wife with a sad look in his eye and she nodded back to him and he said "yes letter go".  I almost cried seeing their dream gone for such a pittance.  After it sold I saw the lady put her hand on it, and then she folded her chair and walked away. 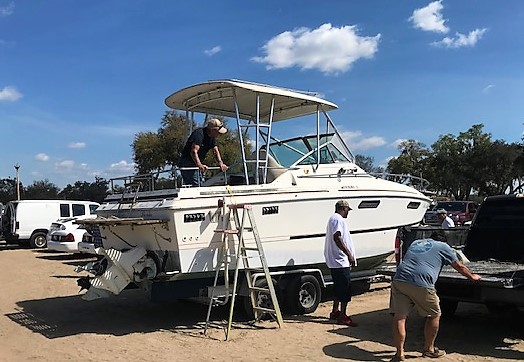 On my walk home I noticed lots of pretty flowers starting to bloom in all the bushes around here.  It is sure nice to see spring on its way. 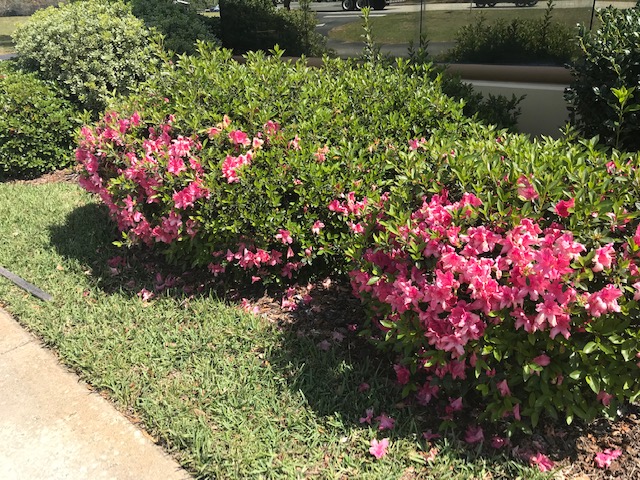 Just as I was walking past the shop a UPS truck pulled up and look what they delivered?  Yep it is our injector pump freshly rebuilt and back from BK Diesel in Iowa.  That is the last part we need to get us back on the road.  Rich told me that Chris will get the job done starting at 7 am on Monday.  It will sure be nice to get this behind us. 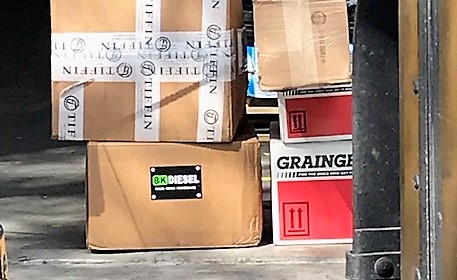 Sue spent some time this afternoon making us a dash cover.  We have looked at lots and they are nice but can be quite expensive to get made.  We need one because the dog does get up there some times so we need the protection for the dash.  So she went and got a couple mats with rubber backing and cut them to fit our dash.  You would never know they were not professionally made.  Good job Sue!! 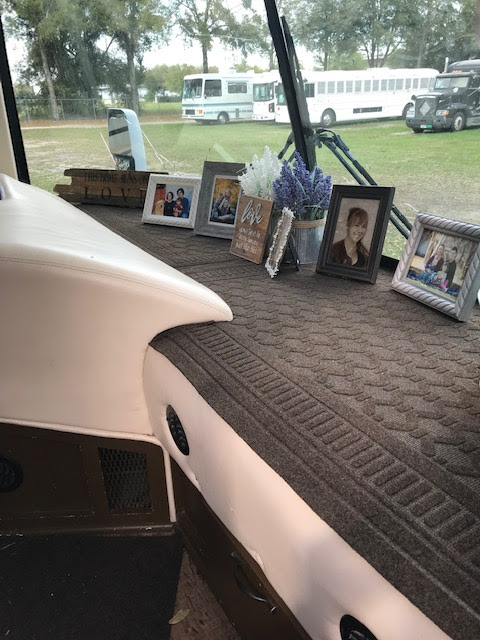 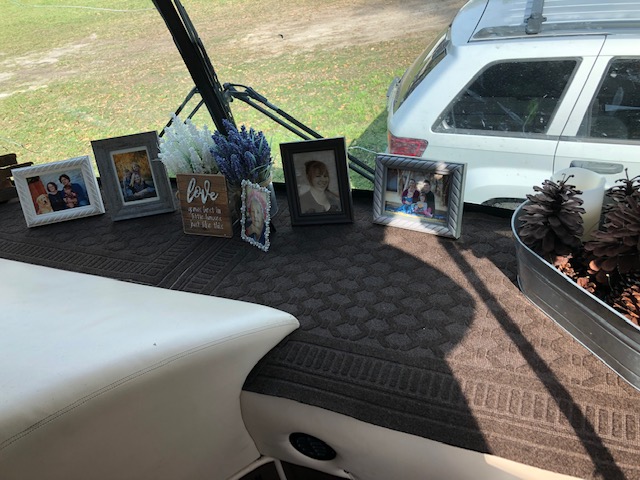 We went to Home Depot again tonight and look what I found.  When I first looked at it I though why on earth would they keep this on the shelf.  There were more of them and all though they were not in as bad shape, they were bent and distorted as well.  When I looked closer they were actually made of lead and are used for downspouts or something.  That way you can mold them to fit whatever pipe will fit over top of them.  News to me!!! 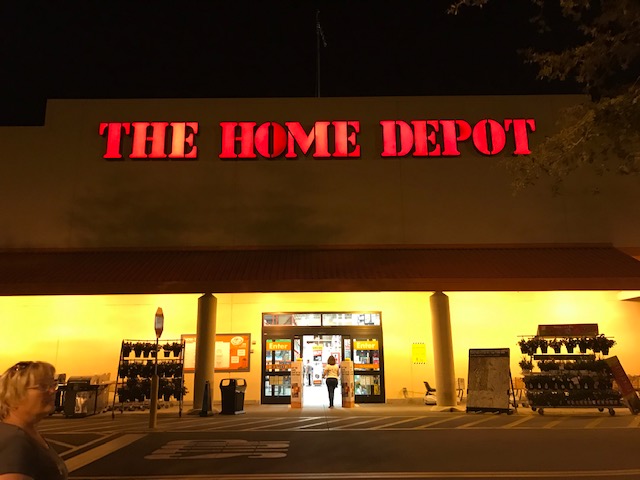 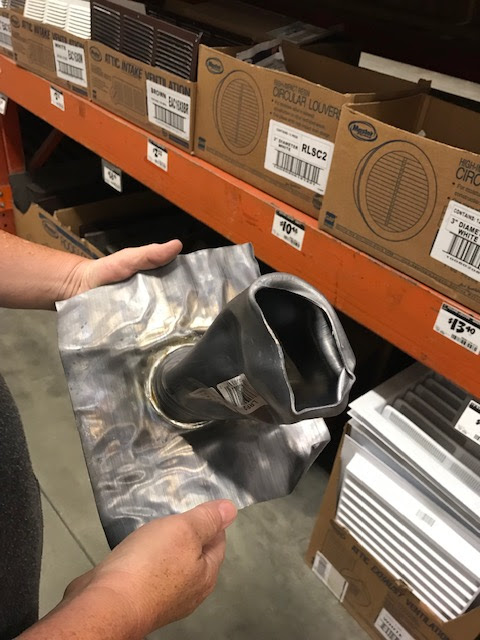 We had a good day today and can see the light at the end of the tunnel.  We have some things to do for the weekend so time will go quickly. This was our view today over our new dash cover. 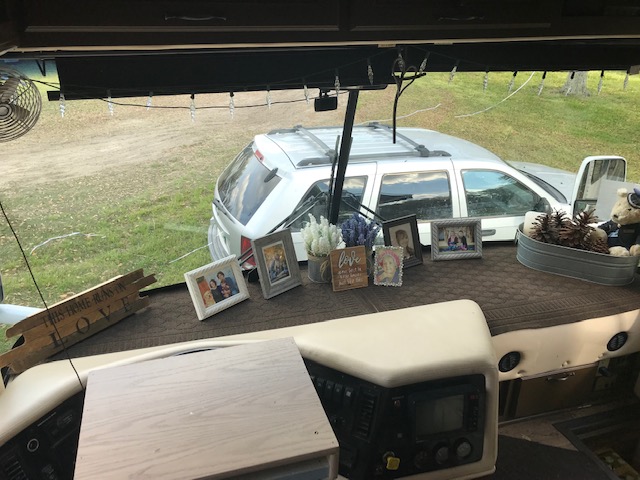 Posted by Lorne Green (A Place Called Away) at 07:25:00
Email ThisBlogThis!Share to TwitterShare to FacebookShare to Pinterest