Off to the Beach

Although we are fairly close to the Gulf of Mexico, we still have to drive a half hour to find a nice beach.  We headed down south east of us to the Silver Slipper Saloon where there is a nice beach called Waveland Beach.  The day was perfect, with a little breeze to keep us cool. 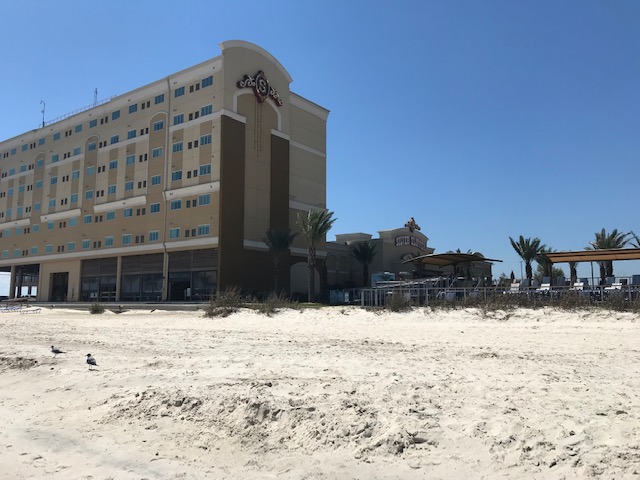 We set up on a nice strip of beach and proceeded to get a sunburn!! 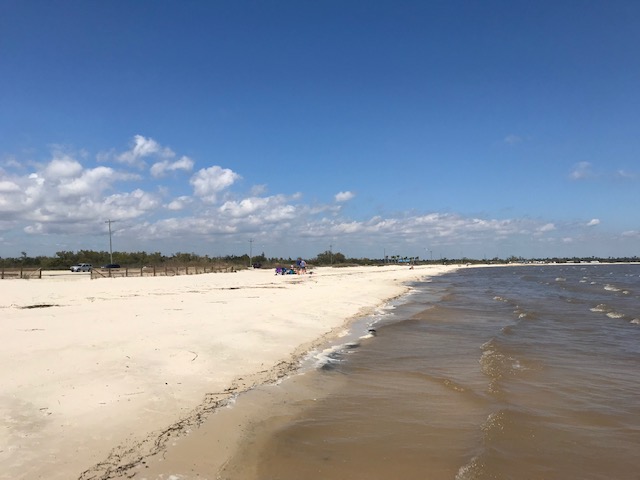 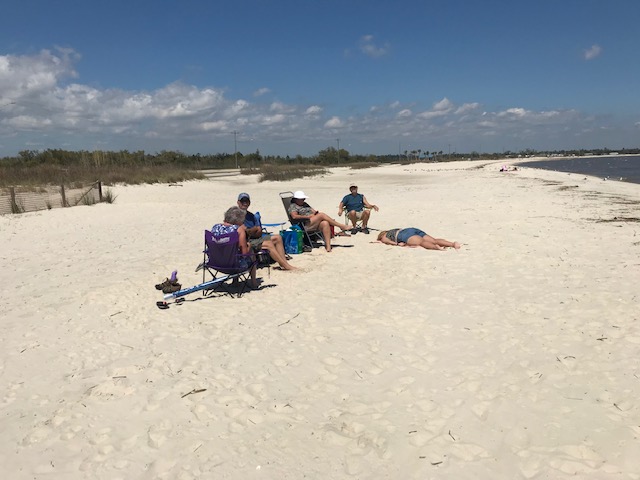 When we first got there I was looking out to sea with the binoculars and spotted a black blob out there.   The wind was blowing directly at us so we soon determined that whatever it was, it was going to blow up on the beach right in front of us.  We waited about an hour and it finally got close enough to start trying to figure out what it was.  We thought of all kinds of things that might float up from the Gulf of Mexico.  We hoped it was a suitcase full of money.  We even discussed how if it was full of drugs, who and how we would market it!!   We thought for sure the cartel might come driving up soon and with AK47's blazing, storm the beach and pick up their package.  It made for good conversation. 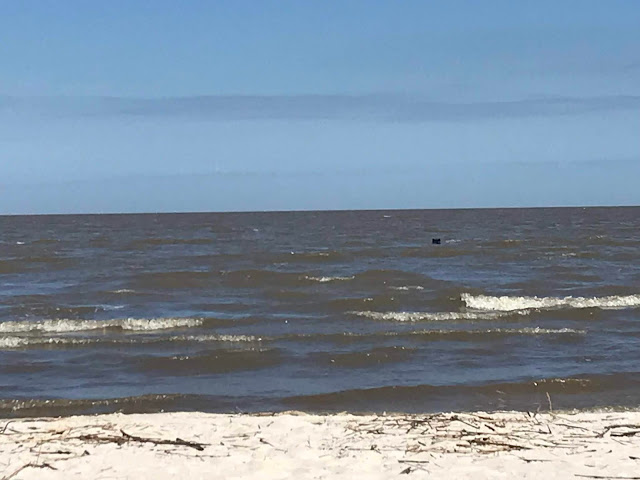 Another half hour and it washed right up on the shore in front of us.  Here's what it was!!  We carefully opened it up and it was about half full of crude oil.  It obviously had been swept off the deck of some oil platform out in the Gulf.  About all we had was an environmental hazard on our hands. 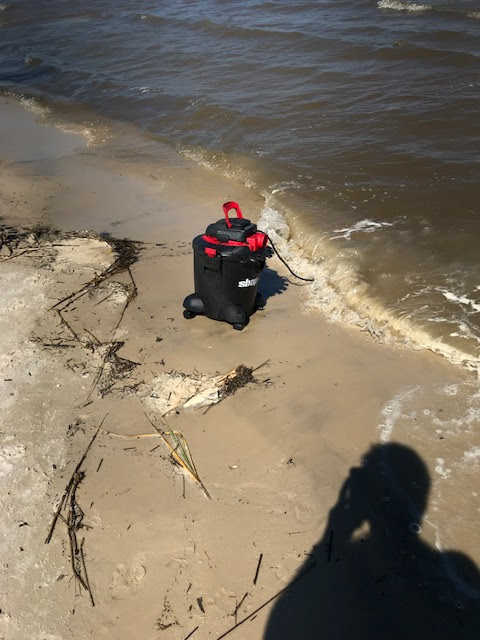 I took a walk out into the water to see what it was like.  It was actually quite warm, but you would have to walk a long way out to get over your waist. 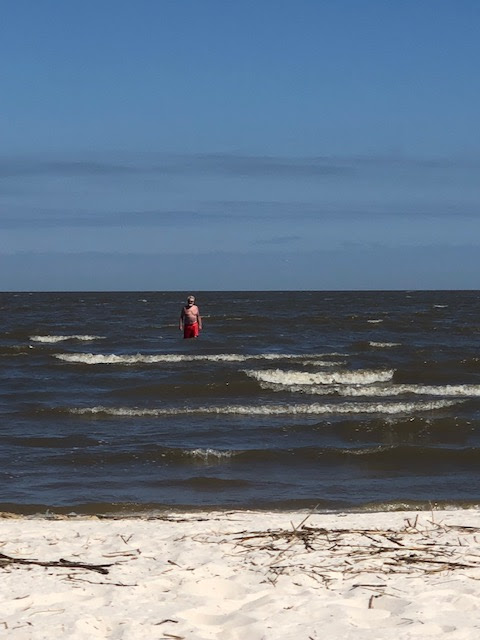 It was a good day and we headed home for supper.  I got the drone out again and took some more photos from above.  I did get a good shot of where we are parked in relation to the river just down the road. 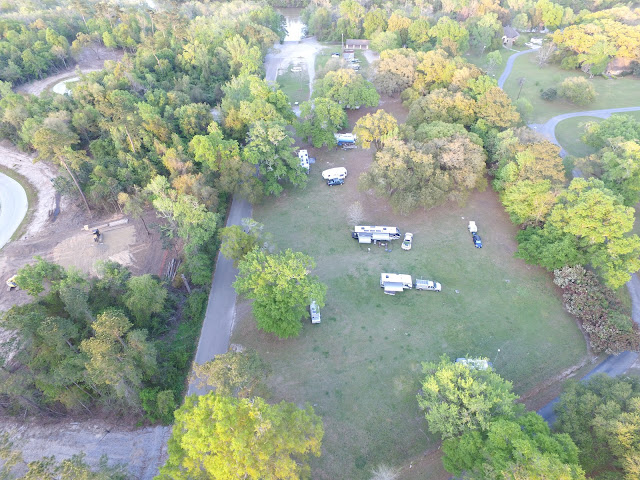 Some more shots of our camp.  I don't mean to bore you with them but its a great place to store them for future reference. 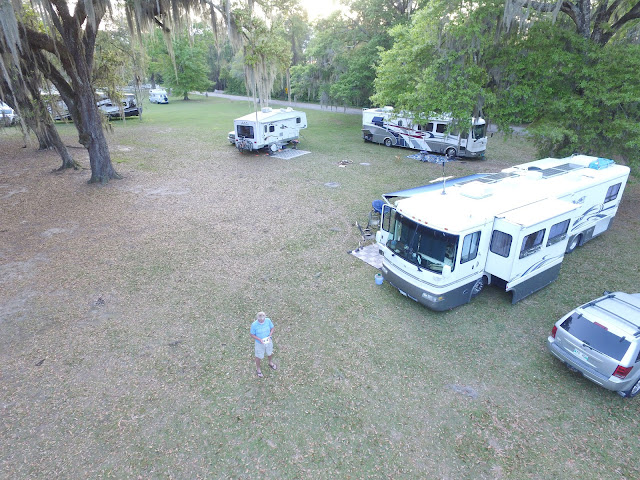 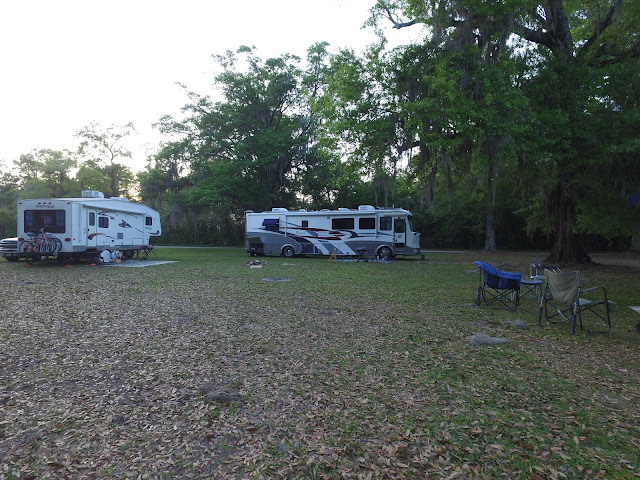 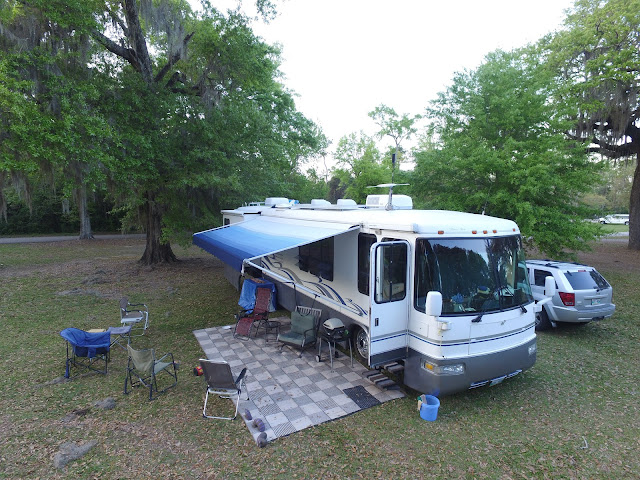 This was our window view today. 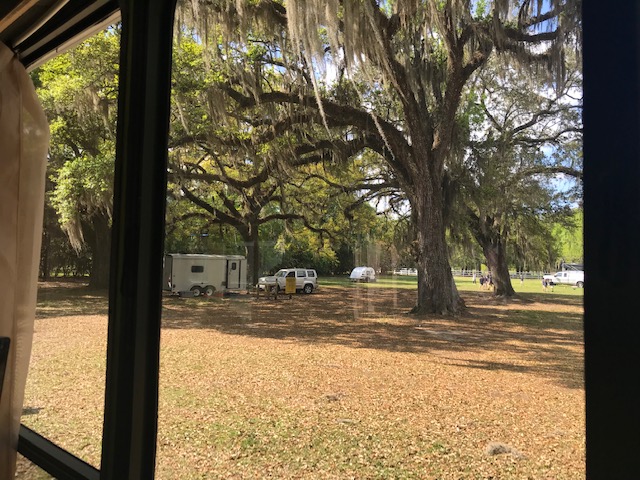 Posted by Lorne Green (A Place Called Away) at 08:36:00
Email ThisBlogThis!Share to TwitterShare to FacebookShare to Pinterest