Today was going to be a good one.  Time to do something I have said I need to do since we started coming south.  Time to tick one off the Bucket List!!!   This time of year is Spring Training Season for all of the Major League Baseball Teams.  There are ball games every second day at least in each of the surrounding camps.  We are going to head down to Lakeland which is home to the Detroit Tigers.  They will be taking on the Philadelphia Phillies today.  Having spring training here means lots of money for the local ball park and the community in general. 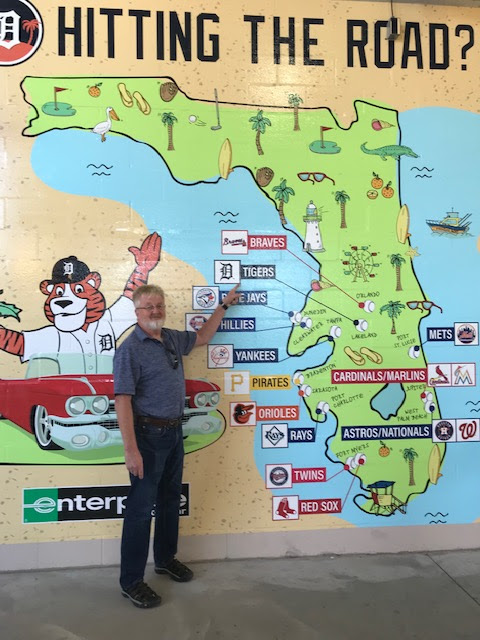 I got our tickets on line and they were $15 bucks each.  Thats a pretty good deal, but when you get to the park, everything there is real expensive.  Anyway we headed out for the hour and a half drive to Lakeland.  What beautiful greenery right now.  It is truly spring in Florida. 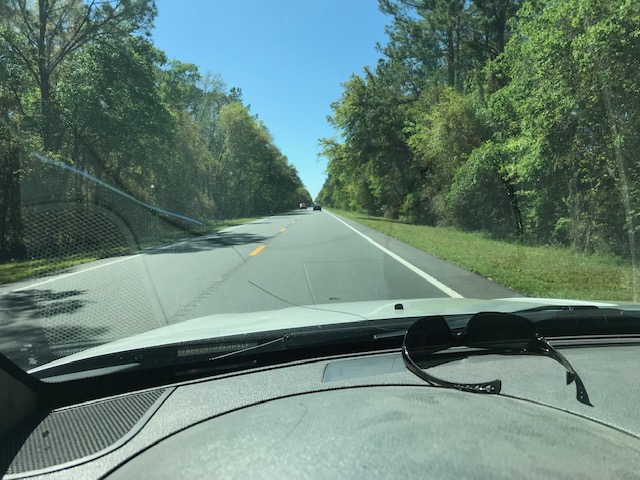 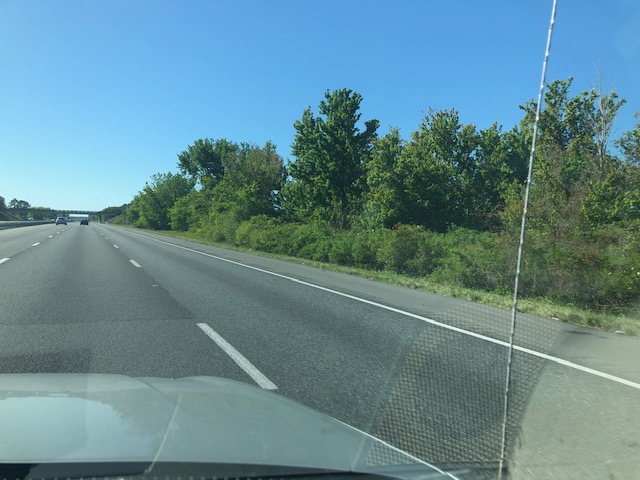 We were surprised when we spotted a sand hill crane by the side of the road with 2 young ones.  I didn't think they nested down here in the winter but I guess I was wrong.  Cute little guys. 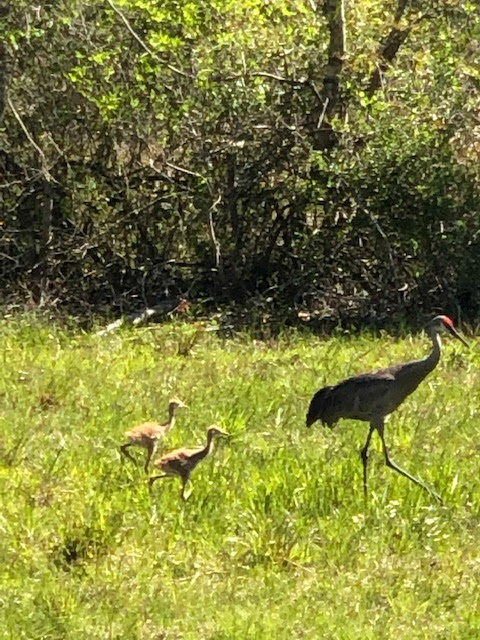 We arrived at Publix Field at about 12.  It's actually quite a big stadium and holds about 10000 people. 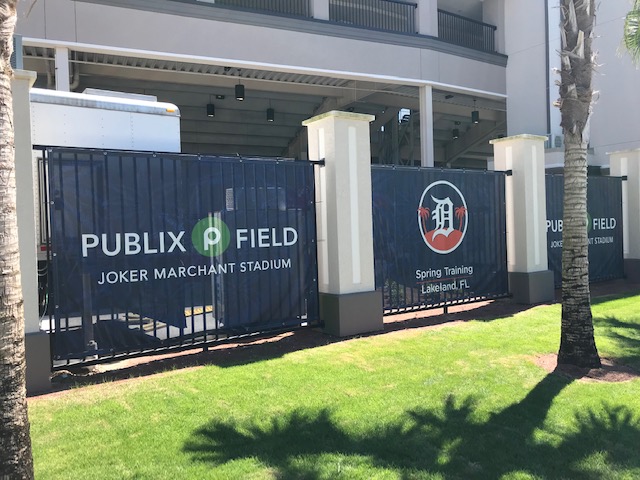 The teams were warming up and batting practice was on.  We found our seats and watched for a while. 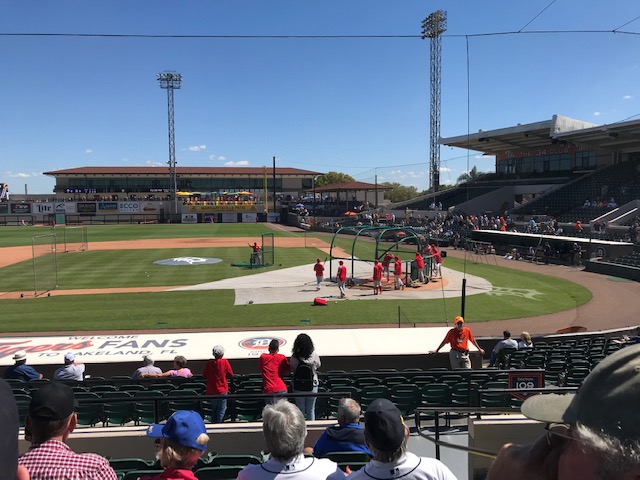 About 12:45 the pre game started with the anthem and then they invited a 103 year old vet to throw the first pitch.  He walked out with the help of a walker. 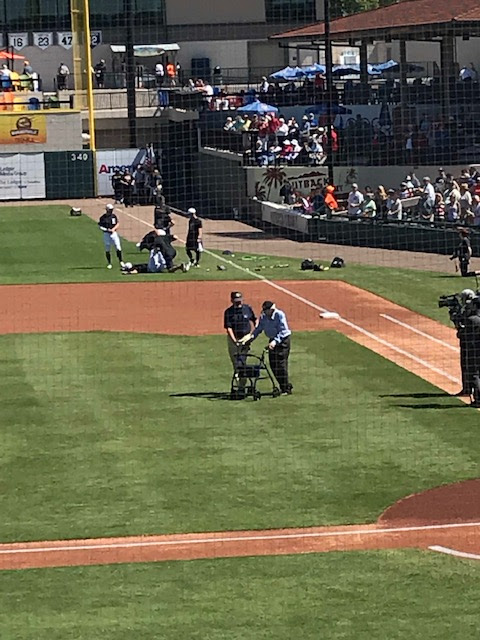 But when he got out there he set the walker aside and threw the pitch with no help from anyone.  The crowd rose to their feet and gave him a standing ovation.  If I were to live that long I have 40 years to go yet.  Maybe we do need a new motorhome cause this one will never last that long!!!

The game got under way under a nice sunny sky.  It was a good way to spend 4 hours I guess.  Would I go back or pay big money to see an actual game in their home stadium.  Probably not!!  I'm just not a sports fanatic. 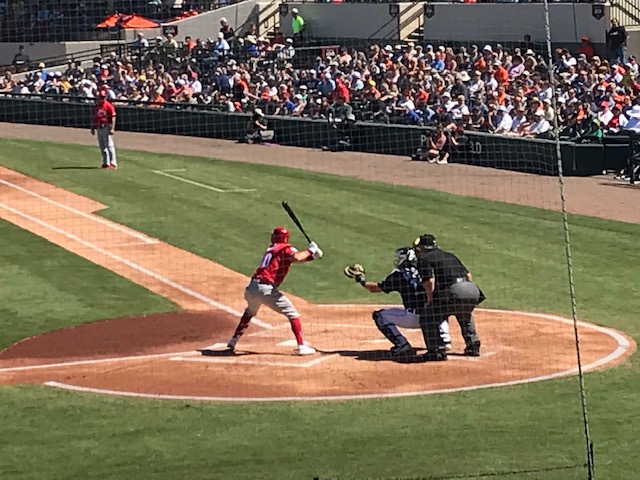 We did sit up and pay attention when they announced that Brandon Dixon was in the game.  We know a young fellow back home by the name of Brenden Dixon so we thought it was kinda neat. 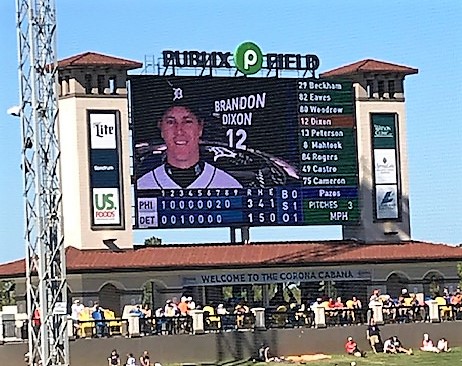 All in all a fun day at the Ball park.  I even had the traditional Hot Dog.  5 bucks it was!! 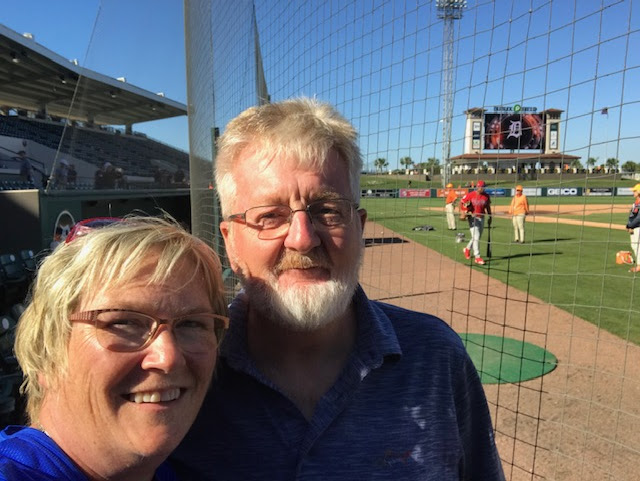 After the ball game we headed over to see our friends Jim and Dee.  They live about 20 minutes down the road from where the game was.  They had invited us for supper and a visit and we jumped at the chance to see them again. 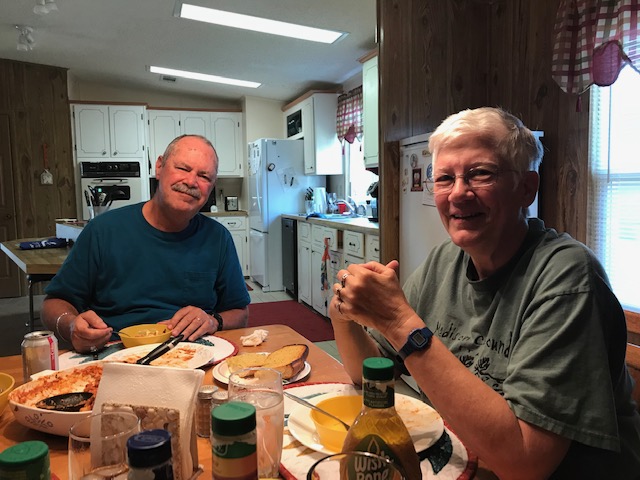 Dee made an awesome lasagne for supper with salad and garlic toast.  It was yummy.  Here have a look at where it used to be on my plate.  We were to interested in eating to take pictures lol.


We headed home about 8 o'clock because it is a long drive home.  It was dark when we got there so here was the view out our window before we left of a neighbour walking her dog.


Posted by Lorne Green (A Place Called Away) at 20:25:00
Email ThisBlogThis!Share to TwitterShare to FacebookShare to Pinterest