Today is the final day of the Brier in Canada.  The Brier is the Canadian Men's Curling Championship.  This year the Brier is being held in Brandon, Manitoba which is the city that is close to us back home.  A lot of our friends will be attending the games I'm sure. 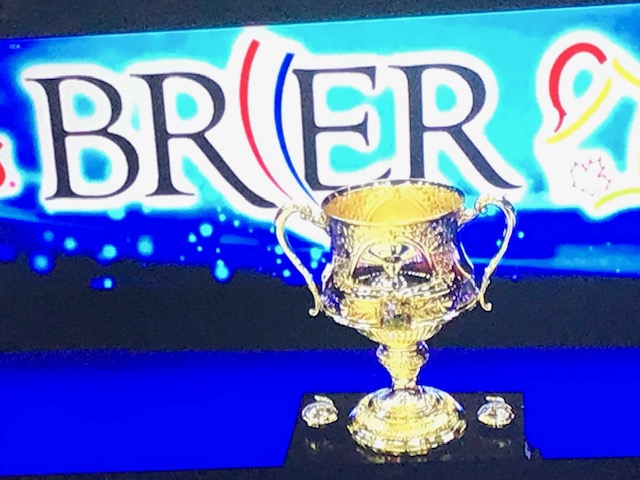 Watching Curling on TV always reminds me of missing my Tim Hortons coffee.  Timmies is a lot like Dunkin Donuts only waaaaaay better.  Timmies is a great sponsor of curling at all levels. 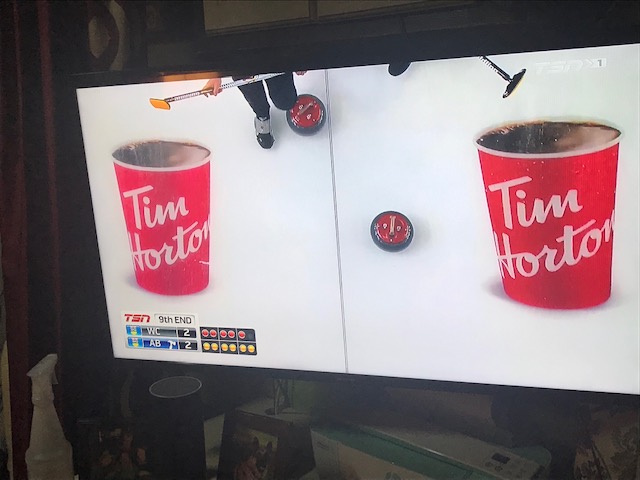 And of course there to remind me that I am missing this event is the Brandon First logo in the ice.  Brandon First promotes all of the major functions in the area. 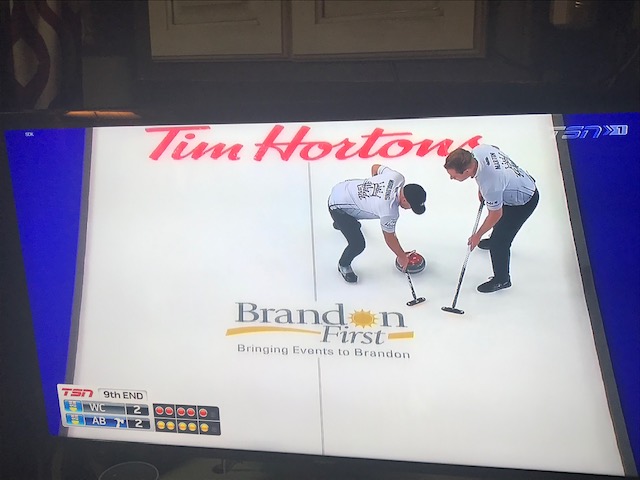 If I was at home, I would be volunteering at the Brier, and the thing I would volunteer for is either a timer or an observer.  A timer is the person that runs the countdown clock that dictates how much time is left on each teams clock.  Each team gets 38 minutes to play their half of the game.  It is there to make the game move along.  The other job would be an observer.  The Observer sits at the end of the sheet and plots where each rock is positioned in the house on a board using little magnetic markers.  This is in case someone kicks rocks by accident or if something happens that requires the rocks to all be put back in place after they have been disturbed.  With all of the great TV angle and replays, the job is a bit redundant because they can just look at the replay.  Anyhow I spotted my good friend Brenda Gerrard doing her part as an observer for the final game.  That is always a feather in your hat if you are chosen to do this game.  Good job Brenda!!!

Curling was always my favourite sport and since I had my heart attack in 2012, I have not thrown a rock.  The main reason is actually because we are down here where it is warm all through the curling season so watching it on TV is all I get. 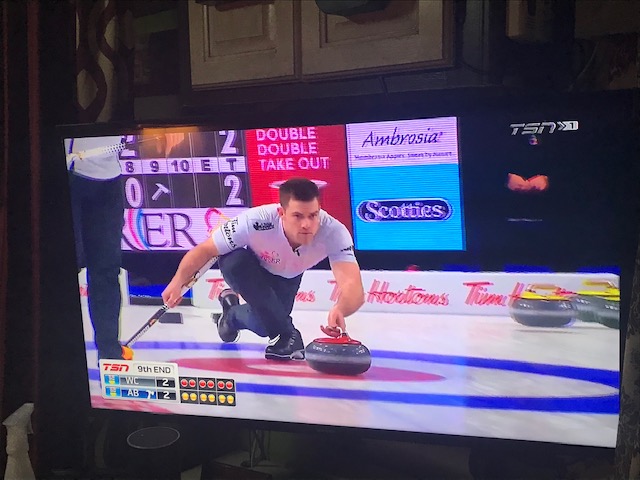 The view tonight is on the TV rather than out the window.  Congratulations to the Kevin Koe team from Alberta who will represent Canada at the Men's World Curling late in March in Lethbridge Alberta.  Ironically we may be travelling through Lethbridge in April and it is the first place where I will get a Tim Hortons coffee after crossing the border. 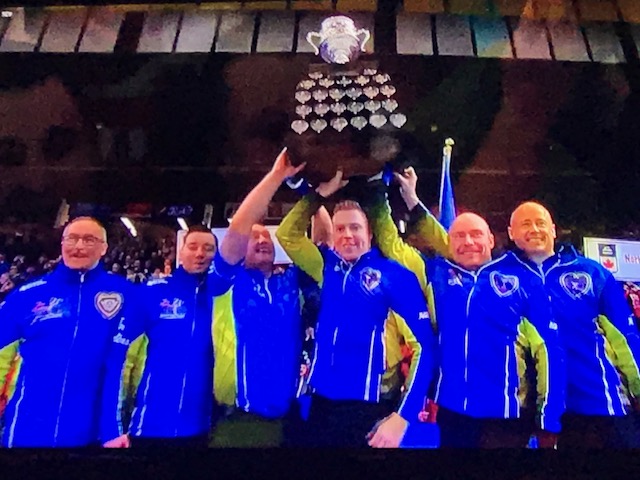 Posted by Lorne Green (A Place Called Away) at 06:16:00
Email ThisBlogThis!Share to TwitterShare to FacebookShare to Pinterest