Another blog I read is called Shifting Gears.  That was what we did today.  Since the removal of our injector pump we have been trying to figure out what happened to it and who is gonna pay the bill for a new one.  Rich here at Cummins said he has a couple engineers coming this way to look at it and decide if it was a Cummins part that caused the failure.  We have waited since Tuesday for them to show up and today was the day.  Shortly after lunch Rich informed us that Cummins found no fault with their part of the original rebuild and they will not offer any warranty.  So now the onus goes back on the rebuild company and after contacting them today they said ship the pump back to them and they will rebuild it.  So off to the Fedex shop we went with plans to overnight the pump back to Dubuque Iowa where it was originally rebuilt.  Boy did we get a surprise when they told us the rate for air overnight!!  $700.00.  Quick change of plans. 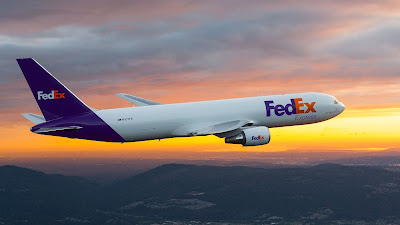 So it was decided to ship by ground instead and although the lady quoted us $69.00 originally, It turned out to be just over $100.00.  Never fails that it is more than anticipated.  Anyway it is off on the truck for its long journey back to Iowa.  So it won't arrive there until Wednesday and they won't get it rebuilt before Friday and then on a truck back here again.  If you add all that up and add a bit more for error, It will be 2 weeks today before we are back on the road.  Oh well that is what has to be done and it isn't that difficult hanging around here when it is in the 80's every day.  We will tough it out. 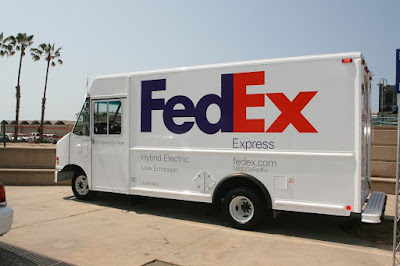 We have use of the restrooms and showers in the customer lounge and we are hooked up to power and water in the courtesy comfort area.  We would be paying $40 bucks a night anywhere else.  Sometimes we get lucky while we are being unlucky!!

Charlie of course is being spoiled here because every time we go to the shop, everyone gives him treats.  Kris is especially kind to him and he loves her.  He runs or should I say hobbles ahead of me and waits at the door for either someone to open the door or for me to catch up. 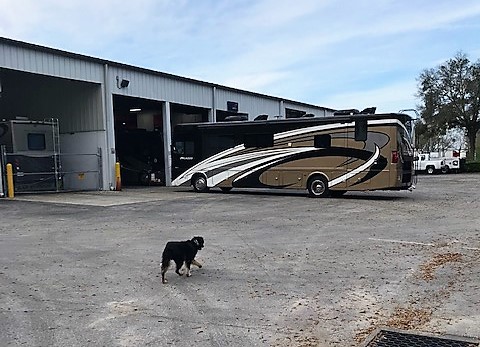 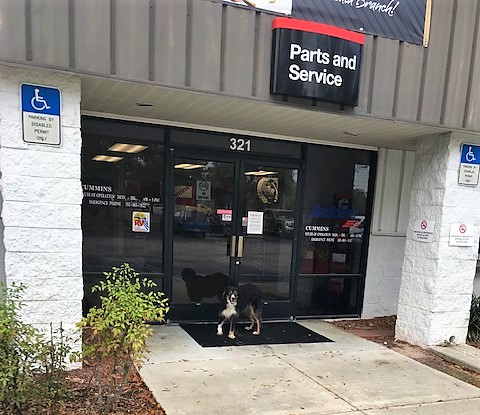 So we went for a little drive down to Home Depot for some paint and in keeping with tradition I noticed something in the bathroom again.  Home Depot is a fix it store in my opinion, but I spotted a big waste of money in my opinion.  Of what value is all of this white stuff they put over the water and sewer lines in the bathroom.  Why not use white sewer pipe to start out with?  Someone saw a good way to up charge as far as I'm concerned. 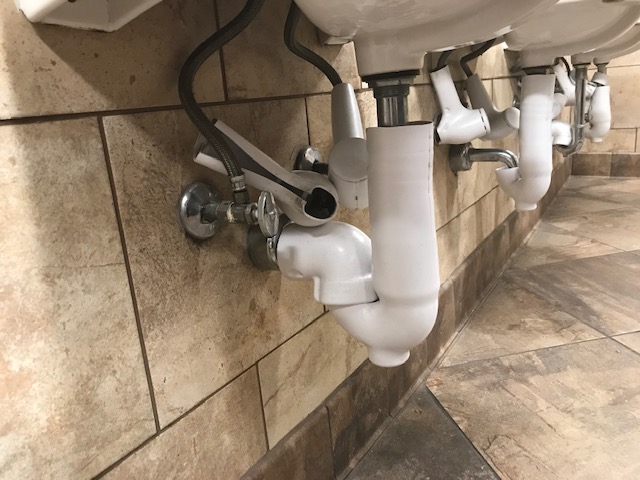 Now I don't normally spend a lot of time looking under things in bathrooms, but I did have to shake my head at this fiasco!!  Obviously when they installed this pretty white whatever it is, they lost the instructions and the guy installing it was not good at adlibbing.   What a mess!  Come on Home Depot, you can do better than this. 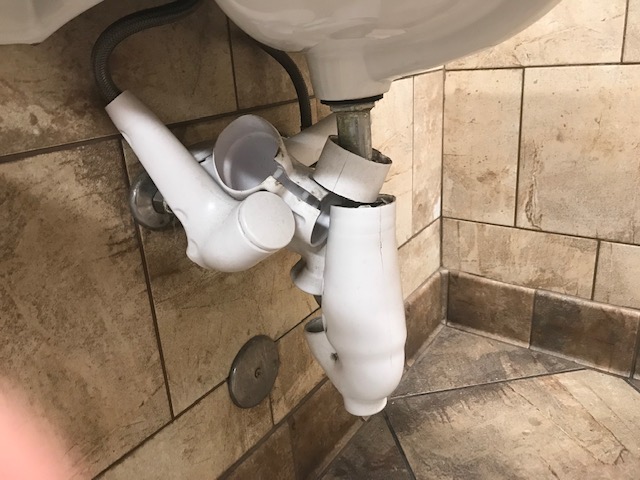 Well it was another beautiful day in Florida and no one got hurt.  This was our view today: 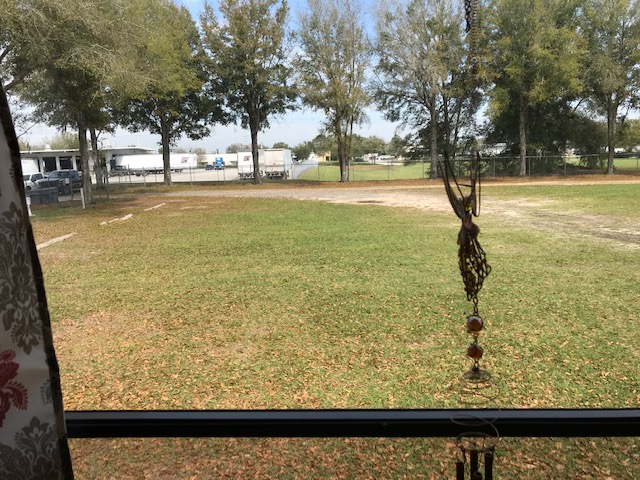 Posted by Lorne Green (A Place Called Away) at 08:19:00
Email ThisBlogThis!Share to TwitterShare to FacebookShare to Pinterest