A Nice Day in La Penita

WHERE ARE WE? La Penita, Mexico
NEXT DESTINATION?
We were up early this morning because after a travel day it is always hot in our bedroom because the engine is right under the bed so it makes sleeping difficult in a warm humid climate.  It was a beautiful morning and we had a few chores to do.  We didn't get much done before we had to go in the pool.  We were heading downtown for breakfast with Pat and Harold to Irma's.  This is a nice little restaurant off the beaten path.  Kenia and Josie (her boyfriend) joined us there. 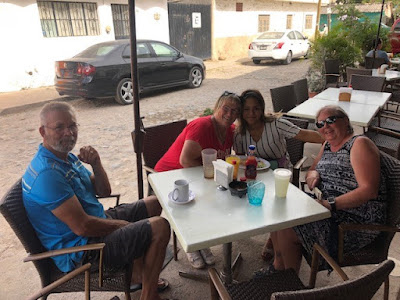 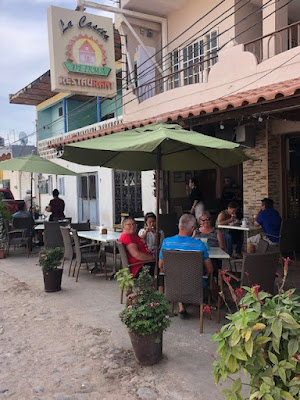 After breakfast, we headed for home and set up our gazebo in our sitting area.  Kenia came with us and helped out.  With the gazebo and awning, we should be out of the sun all day long.  That will be great when the weather gets warmer. 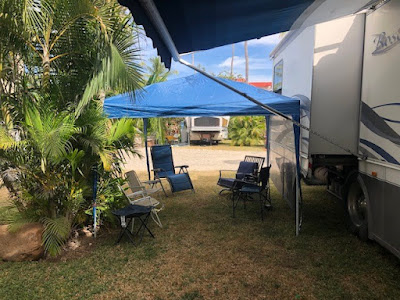 After a couple hours Kenia and I took the Jeep to Rincon Guayabitos to pick up Oscar.  He is there with his mom.  He is coming to spend the afternoon with us and swim in the pool. We stopped by the grocery store to pick up some snacks.  We did run into Tracey and Kerry and had a little chat.  They were people we met 2 years ago in the Trailer Park. 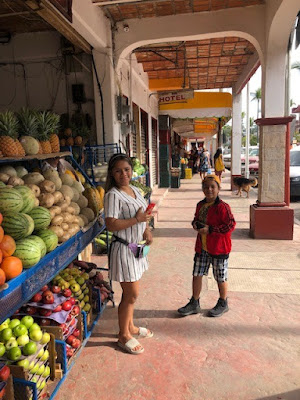 Oscar was only in the pool for about 5 minutes because he was freezing.  It is winter time for the people here we have to remember.  The girls did enjoy it a bit more and it was certainly refreshing for us. 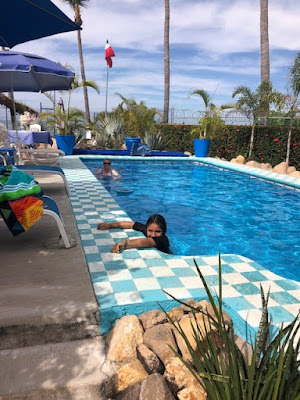 The kids bought some silly putty and had fun making creations.  Oscar made a snow man  which was cute because I don't think he has ever seen snow.  Kenia made a replica of me with a fat tummy and Alejandra made a mushroom and pretty flower. 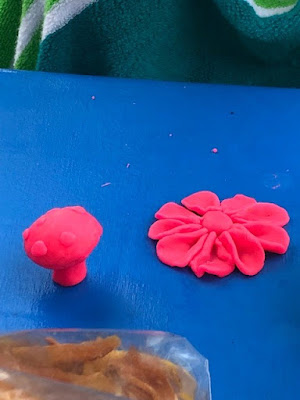 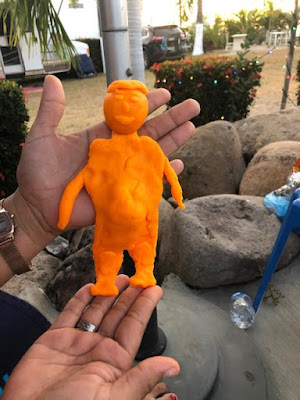 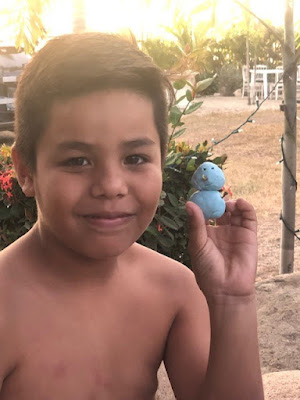 We had a nice first day here and are looking forward to a lot more.  We will be relaxing for a few days before doing any touring or major outings.  Hope your day was great.
Posted by Lorne Green (A Place Called Away) at 19:59:00
Email ThisBlogThis!Share to TwitterShare to FacebookShare to Pinterest