A Tour of a Missile Museum

WHERE ARE WE? Snyder Hill BLM, Tucson, AZ
NEXT DESTINATION? Mexico
It was a nice cool night here, and we slept like logs.  We were wide awake by 7:30 which is strange for us but we enjoyed our extended morning.  Had a few coffees, some lunch and then on with the day.  The girls went shopping for about the 4th time this week and Harold and I headed south of Tucson to check out the Titan II missile museum.  It is located in Green Valley which is about 30 minutes from us.  Well worth the trip. 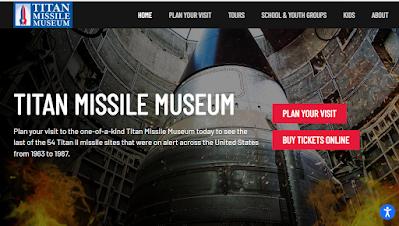 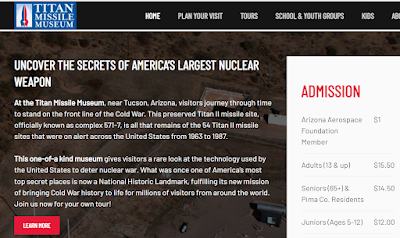 We got there just in time to catch the next tour so there was no wait at all.  We did miss some of the video presentation but our guide made up for what we missed.  She was very interesting to listen to and quite knowledgeable.  She said something very memorable before we went out.  The missiles facilities were built in 29 months with the intention of never having to fire them.  They were built as show of power to the rest of the world.  In other words, "Anything you can do, I can do better".  They were built to create peace, and it worked.  It made me thankful that the plan worked.    They took us out to where the entrance to the bunker was. 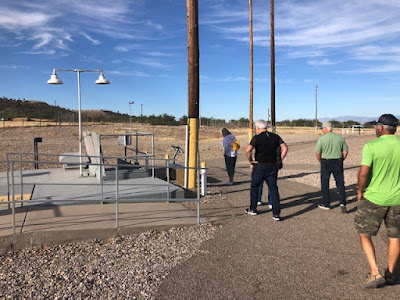 55 steps down to where the control center was.  It was down that far for its own protection. 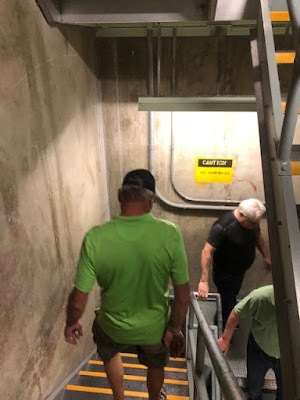 Apparently when it was crew change time, new crews came to relieve the old crew and they were given a code from the commander at the base where they came from, before they boarded the bus and it had to be repeated numerous times to the old crew before they could gain access.  This code was written on a card and the instructions were, that if the crew were compromised before they reached the facility, they were to eat the card, but if they made it to the facility without incident, they used it and then they lit it on fire and placed it in this coffee can to burn.  That way the code was always a secret to the outside world.  Not exactly high tech, but it worked. 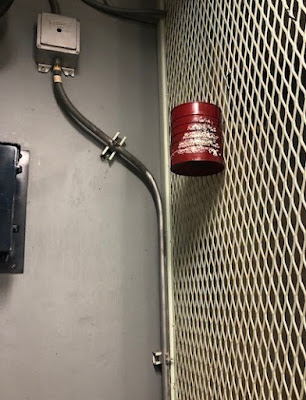 We went through 4 large doors which weigh 6000 pounds each and are 2 ft thick.  These were to protect the facility from outside attack and were kept closed all the time except for crew change. 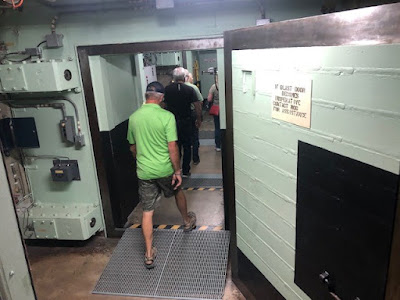 Then past the control room to the sleeping room and the kitchen.  These guys were here for a 24-hour shift so had to catch a nap when they could. 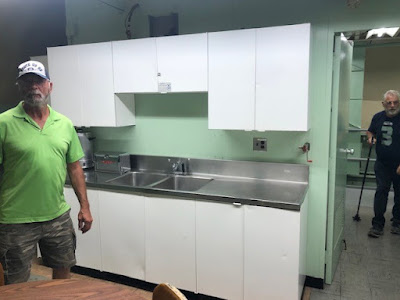 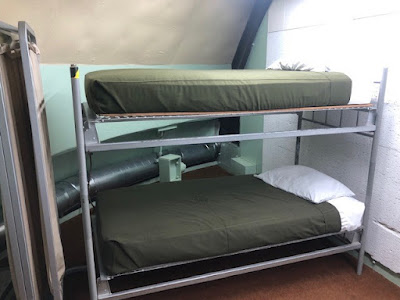 The control room is built to take any ground shock that comes along by hanging it from massive shock absorbers and springs.  Even the lights were mounted on springs. 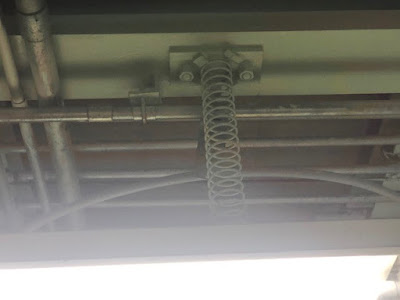 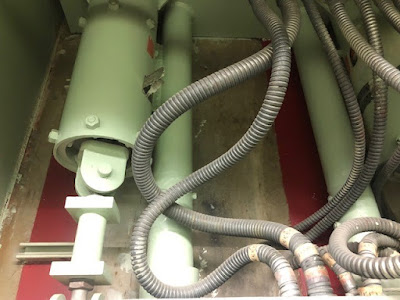 It was quite a process to get to the point of turning the key to launch the missile.  They had to be 100% sure that it was necessary before it was done.  Lots of people had to approve it before it happened and lots of communication took place as well.  This was basically a communication center as well as a control center for the missile. 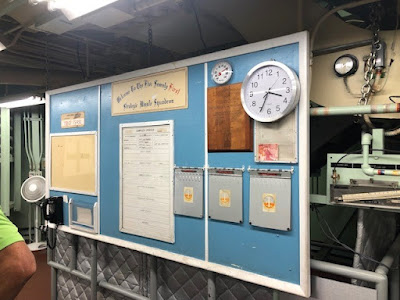 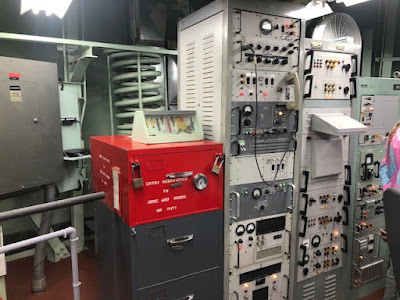 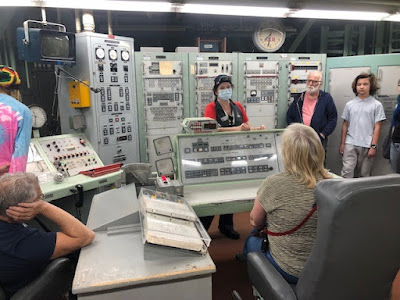 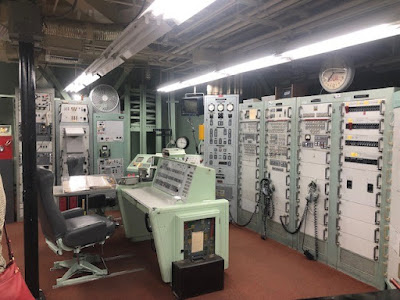 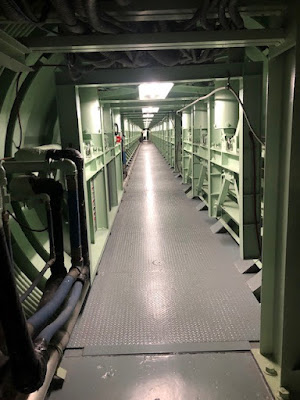 The missile was amazing.  We looked down a hundred feet to the bottom of the missile silo.  This is the only silo that actually still has a missile in it.  The warhead is obviously removed.  The warhead was capable of 600 time the damage done by the Hiroshima bomb.  That is scary to think about so it's a good thing its gone. 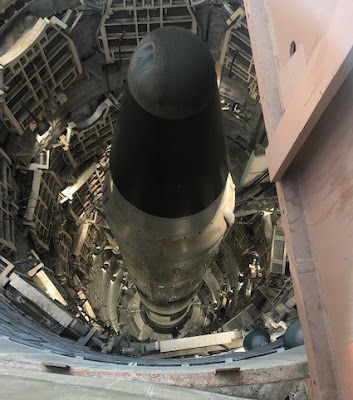 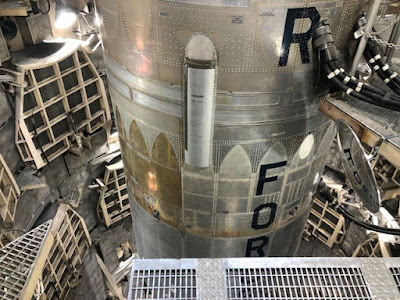 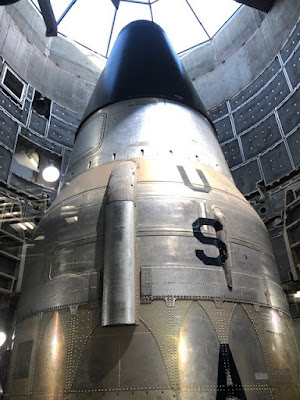 After the tour we got to check out the yard.  They had a couple thrusters on display.  They were actually smaller than I thought for something that would move a rocket at 20 times the speed of sound. 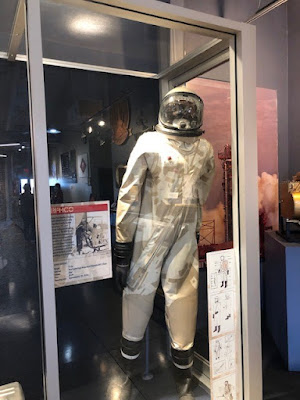 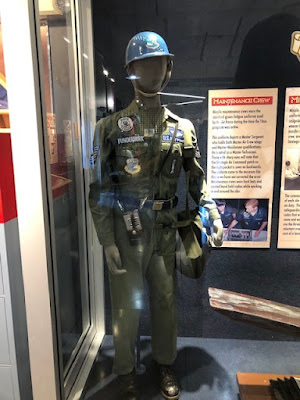 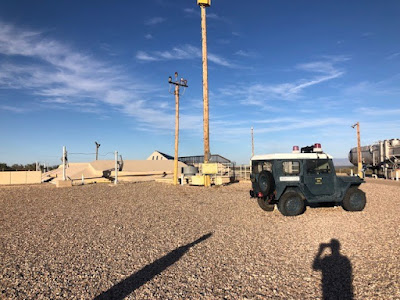 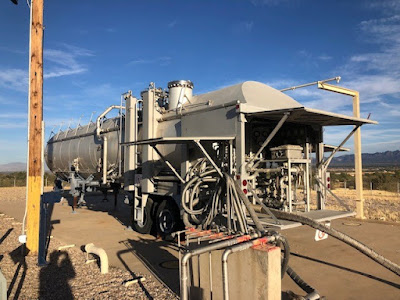 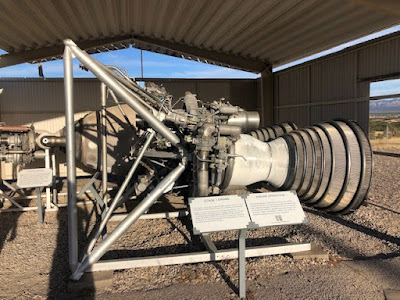 A small reminder that we are in the desert!!!  No not the guy, the sign silly. 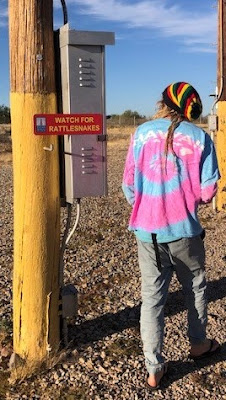 Another thing I saw was the remnants of a past era.  The guys and gals in the bunker were allowed to smoke, in fact there were built in ashtrays at the control desk.  They even had a sign designating the work area a smoking area.  This is in the same facility that houses a warhead capable of destroying a good portion of the world and it was sitting on thousands of pounds of highly explosive rocket fuel. 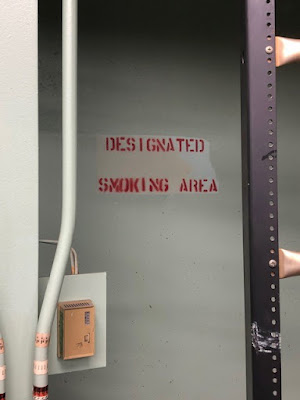 Great day and when I got home, I slid a special treat in the oven.  Going to be a yummy supper tonight. 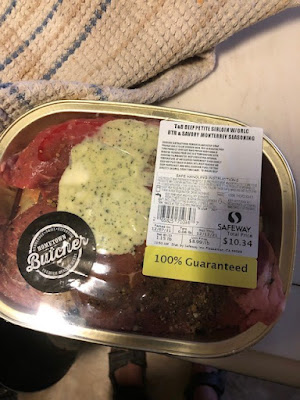 Today I was humbled by what I saw.  I literally stood beside something that could have been part of a movement to bring about the end of the world!!  I wondered how we as human beings can stoop to the point where we feel that it would be morally right to destroy the whole world and all in it just to settle our differences.  I hope we can move past this line of thinking and simply seek to exist in peace. 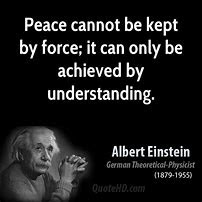 Posted by Lorne Green (A Place Called Away) at 19:20:00
Email ThisBlogThis!Share to TwitterShare to FacebookShare to Pinterest