WHERE ARE WE? Snyder Hill BLM, Tucson, AZ
NEXT DESTINATION? Mexico
Short and sweet today.  3 or 4 years ago Susan and I went with Rowdy and Missy on a tour of the airplane boneyard and the Pima Air Museum.  Harold had never been there and I wanted to do it again, so today we went.  We found out when we got there that the bus tours of the airplane boneyard have been discontinued indefinitely.  Apparently, the Air Force base doesn't really want people wandering onto the base so said no more.  Oh well, we will tour the museum, which is quite interesting.  Here are some pictures of what we saw in the hangers.  This is probably the smallest planes that actually flies. 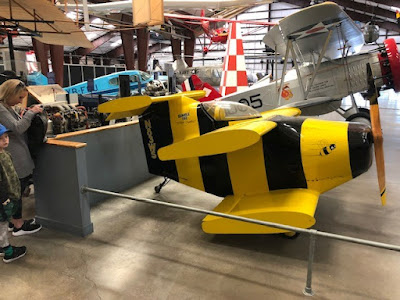 I forgot to mention that on the way to the museum I looked down at my arm and guess what I saw?  Yup it was a tick, exactly like a wood tick from back home.  I will have to check and see if that is what it was.  He was already latched on so I hope the spot doesn't get too itchy!! 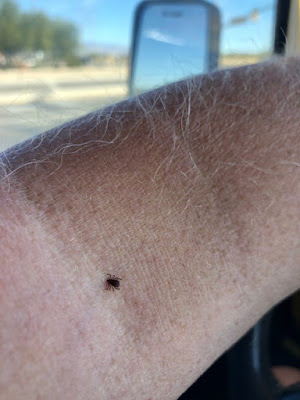 Lots of interesting aircraft to see.  They all have a story behind them which is all history now.  Most of the people who had anything to do with flying a lot of these aircraft are now dead.  The stories that went untold will never be retrieved now.  We can only guess. 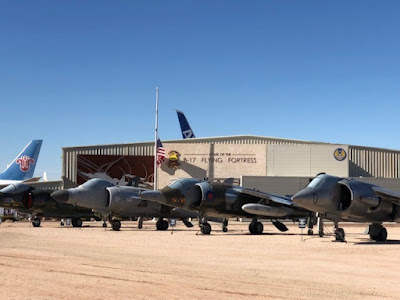 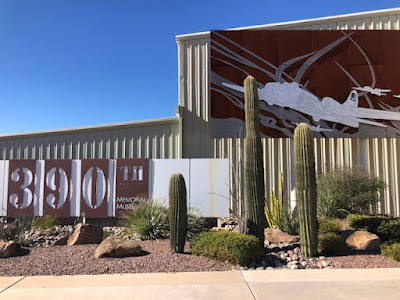 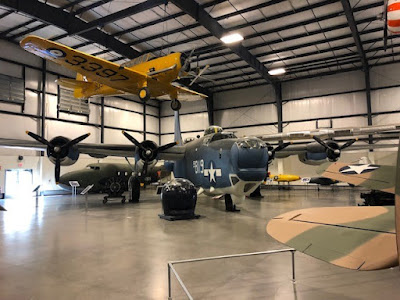 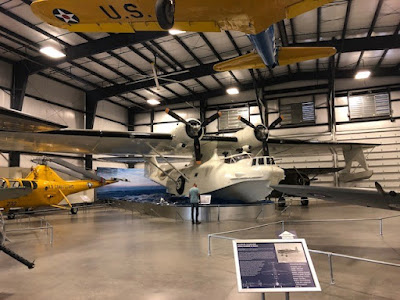 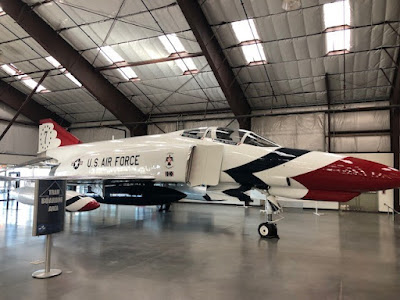 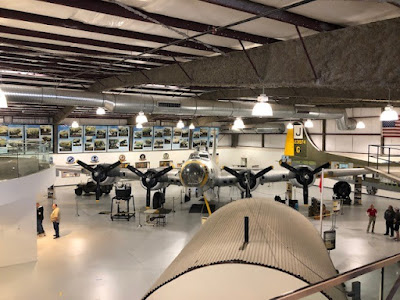 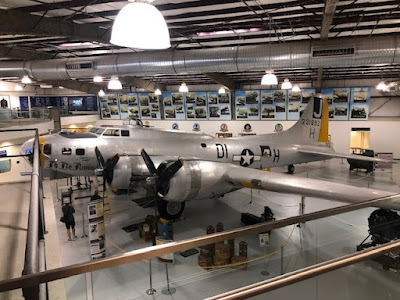 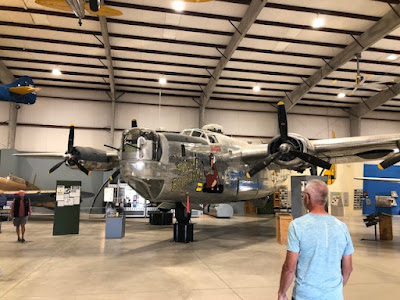 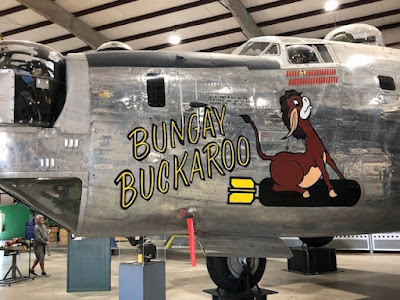 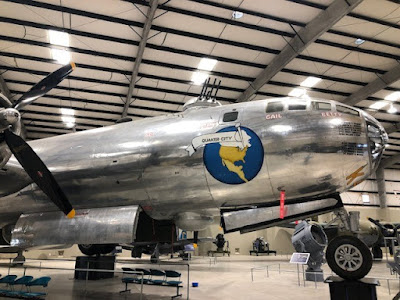 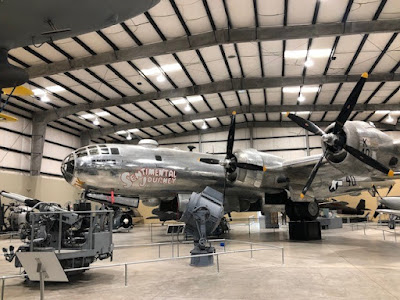 We saw the Orbis Flying Eye Hospital sitting there.  I think it may be in mothballs now but I'm sure the last time we were here they said it was still operational. 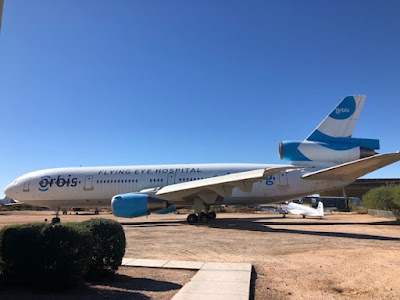 We paid the extra 8 bucks and did the tram tour.  The tour guide was not that great but at least we didn't have to walk.  We saw a lot of aircraft on the tour. 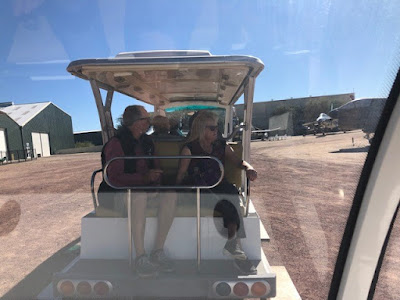 We saw a Blue Angel which is like the ones we saw back in Denver when we were there on the way down.  Rember the Blue Angels show I posted about in late October. 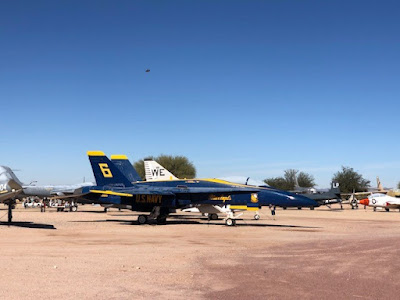 The Sikorski Sky Crane was an interesting helicopter and is still used lots in the logging industry. 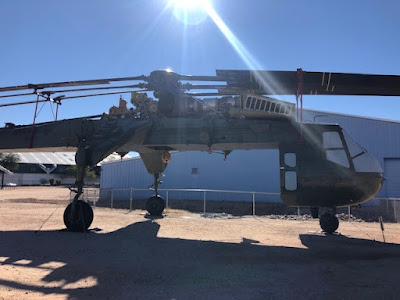 And Airforce 1 which President Kennedy flew in back in the early 60's. 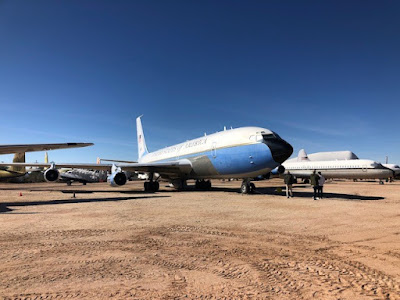 The last place we checked was the Space exhibit.  Some displays of rocket stuff.  Interesting to look inside the space capsules and see how they looked. 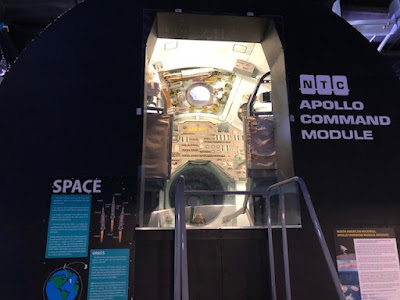 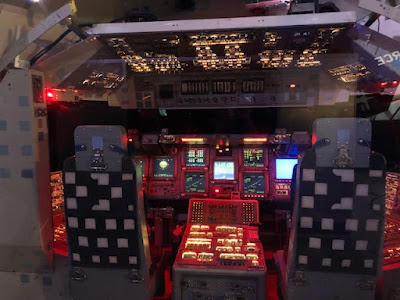 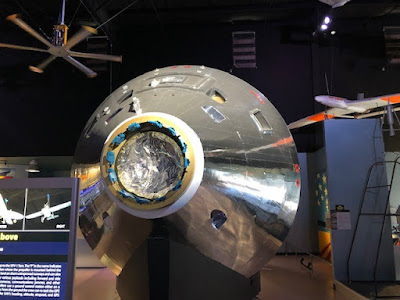 Oh yes and guess who showed up for a visit today?  Never mind, I will tell you tomorrow.  Now you have something to wonder about for a whole day.  Goodnight, all!!  Hope your life has some surprises in it as well.
Posted by Lorne Green (A Place Called Away) at 21:19:00
Email ThisBlogThis!Share to TwitterShare to FacebookShare to Pinterest