Day 3 on the Road in Mexico

WHERE ARE WE? Smartgas Station, Los Mochis, Sinaloa
NEXT DESTINATION? Mazatlan, Sinaloa, Mexico
We left a little later today because we had to do some chores like disconnect water, sewer and power lines and hoses.  We had to hook up our Jeeps too.  We slept good last night because it was still cool, but we can tell as we move south, the nights are staying a little warmer.  We are heading to Los Mochis today. 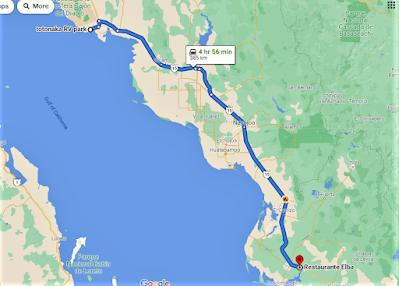 We left the RV park and I thought it might be interesting to take highway 15 through Guaymas.  Well, it was interesting alright, and it went right through the city winding on these narrow streets.  And it was about 20 miles long it seemed.   I guess that is why they built the bypasses.  I won't be taking that road again anytime soon.  We did see some nice country as we travelled by the Sea of Cortez for a while. 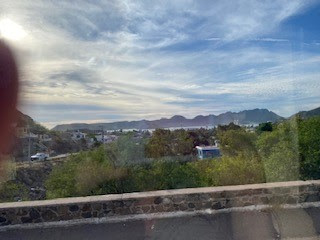 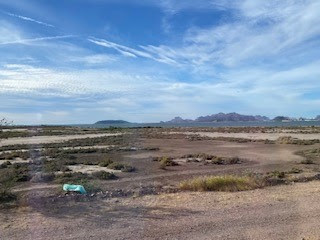 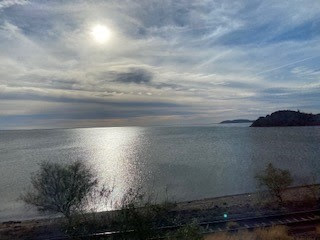 The roads today were good in spots and then kinda bumpy in others.  I missed seeing one tope today but was lucky that it was just one of the small ones.  Whew!!!  Lots of good scenery along the way.  As the day progressed, we went from desert landscape to desert with lots of greenery, to farmland, and where we are is quite nice and green. 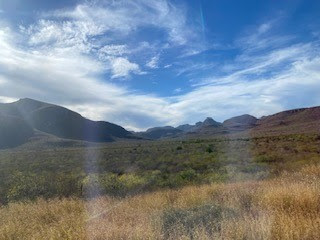 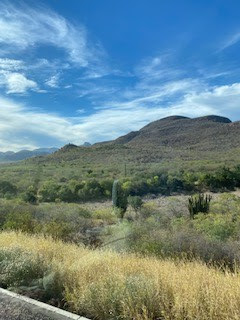 We saw the Obregon statue coming and knew we would be stopped and asked for a donation.  The locals park their cars or a truck sideways across the highway and put a cone on a string in front of you.  They don't move the cone until you donate.  Good gig I would say.  I want to try that on the Trans Canada at home and see what happens!!!  I would get a donation all right!!!! 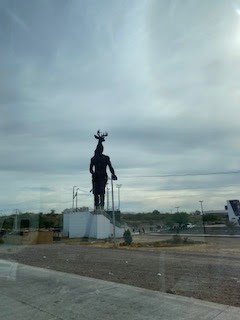 We pulled into a gas station and had lunch about noon.  It's always nice to have a half hour or so to wind down a bit. 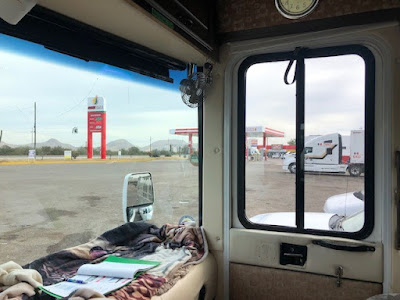 We came up behind an old truck with wobbly wheels belching smoke and moving quite slow.  He turned into a lane in front of us and we saw that he had a big big load of bricks on.  They were teetering pretty badly as he went over the rough edge of pavement.  We think he made it without spilling any, but it was close. 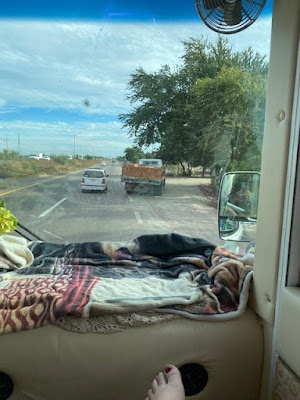 The trip was quite interesting today and we arrived at our destination about 3:30. We all fueled up and paid our 100 pesos to enter the gated compound to spend the night.  We will be wearing ear plugs tonight because there are lots of trucks coming and going. 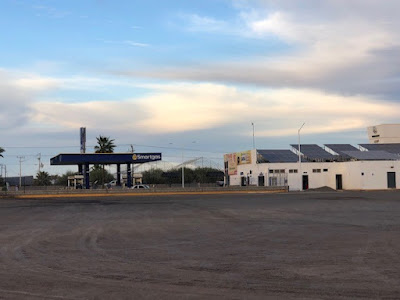 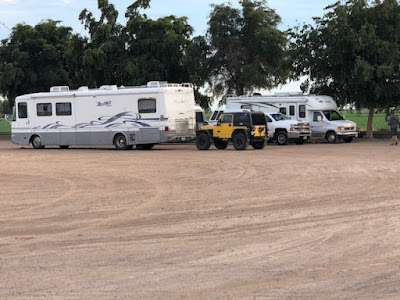 Archie was getting a little carried away inside the Ponderosa so I had to put him outside for a while.  He loves being on a rope outside so that is a bonus. 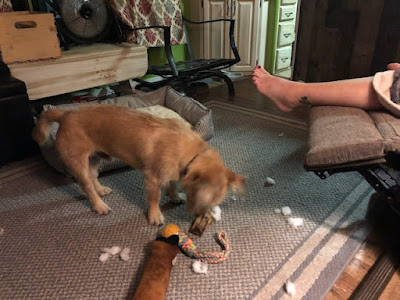 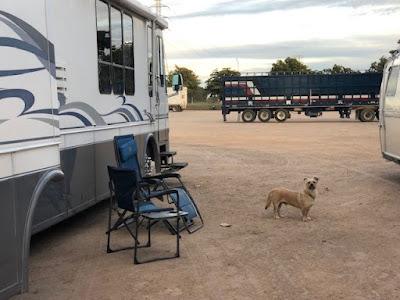 We have another travel day tomorrow, and then we will take a day off and enjoy some good music and good food.  Looking forward to it.  Hope everyone had a great day. 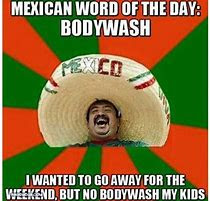 Posted by Lorne Green (A Place Called Away) at 20:21:00
Email ThisBlogThis!Share to TwitterShare to FacebookShare to Pinterest