Tis the Season for a Parade

WHERE ARE WE? Victoria City Park, Victoria Texas
A sort of overcast gloomy day but warm none the less.  I wore shorts all day and I have been looking forward to that for a long time. I have a to do list that I am working on and some of it had to be done while we were plugged into shore power and had access to water and sewer.  The rest of the list can be done when we get to Magnolia Beach on Sunday. I don't work hard at it but rather just plug away.

I was having trouble with the 120v side of the water heater not working.  Couldn't figure it out.  Finally, I realized that my new water heater had bulged out the front!!!  Woops, I guess I thought I had it all drained when it was in storage at home, but obviously the water heater was full and froze.  The bulge moved the reset button against the rubber cover enough that it was in the pushed in position and cut the power.  As soon as I took the rubber cover off the heater worked again.  I guess I am lucky that the tank is still intact and didn't rupture. Not to self----ALWAYS drain the tank by removing the anode from the bottom of the tank.  Don't rely on the bottom water line to do it. 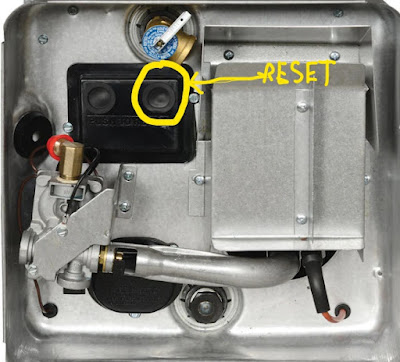 They have been getting quite a bit of rain here lately and the grass is sure green.  The spot we are parked in is quite lush. 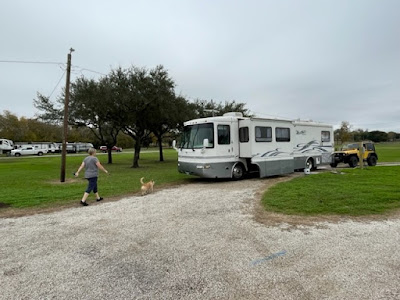 There is a nice green space between us and where Chuck and Ang are parked.  They are the Jayco
5er with the white Dodge Ram in front. 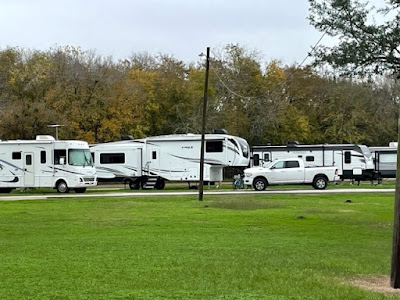 After finishing up the day's chores, Sue and I headed downtown to take in the Santa Parade.  The downtown is pretty at night and is actually old town Victoria.  It has a pretty town square with lots of lights. 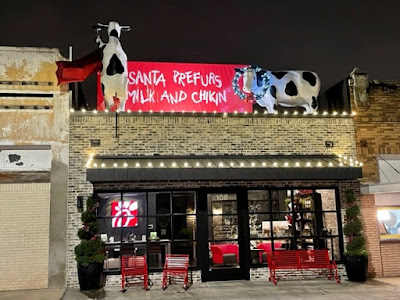 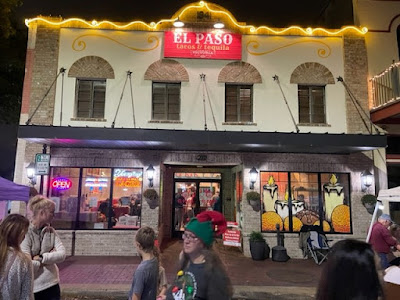 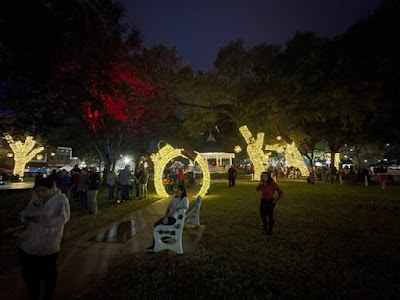 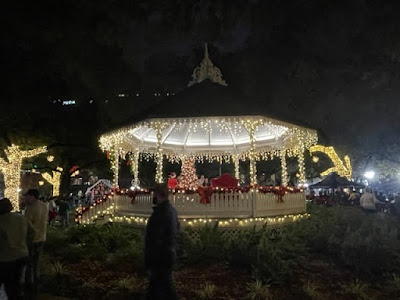 They had a neat cross walk painted up with piano keys.  It reminded me of our Piano Man Dave in the summer at Cj's.  He is in Mazatlan right now tickling the ivories. 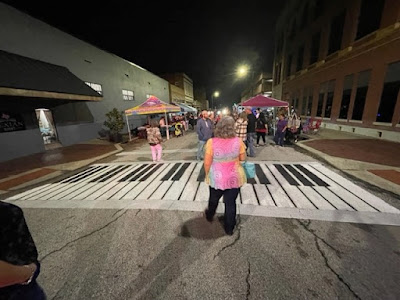 The Parade started at 6 pm and I heard a guy say that there were 129 floats in it.  A lot of them were school floats and marching bands.  Lots of people lined the streets to watch the parade. 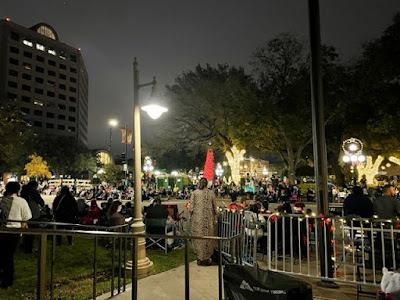 There were the Miss Victoria Pageant contestants. 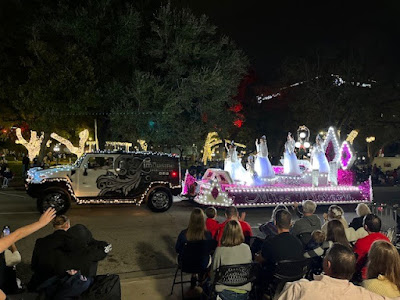 And like any parade the arrival of the Jolly Old Fella signaled the end of the parade.

And a quick selfie and home we went.  Goodnite!! 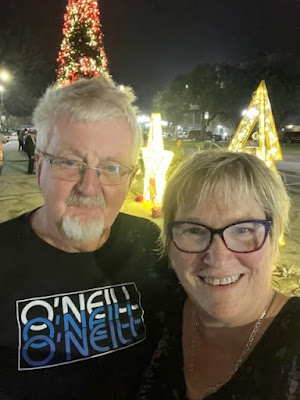 Posted by Lorne Green (A Place Called Away) at 20:17:00
Email ThisBlogThis!Share to TwitterShare to FacebookShare to Pinterest