A Day with Friends

After a delicious breakfast, the girls headed to town to take in a craft sale and do some of the "S" word.  Us guys decided as usual to do some useful things so we went to pick up some things at the butcher shop.  On the way we dropped by Kevin's son Tye's place to see the grandsons 4H calves.
They have a nice house and outbuildings on an acreage not far down the road. 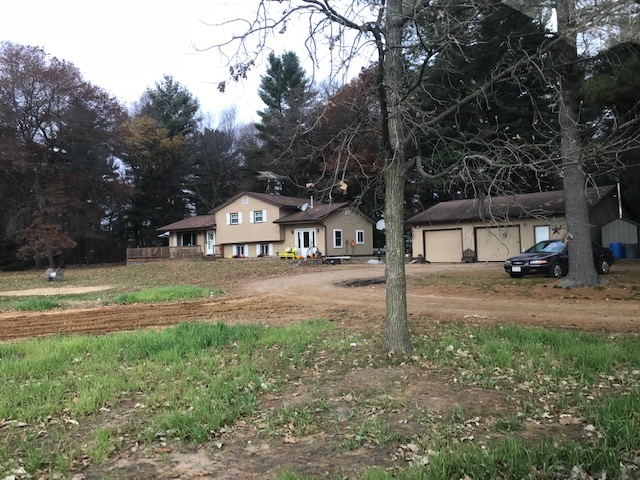 The calves were all comfy in a little barn out back and didn't really care that we came to see them. 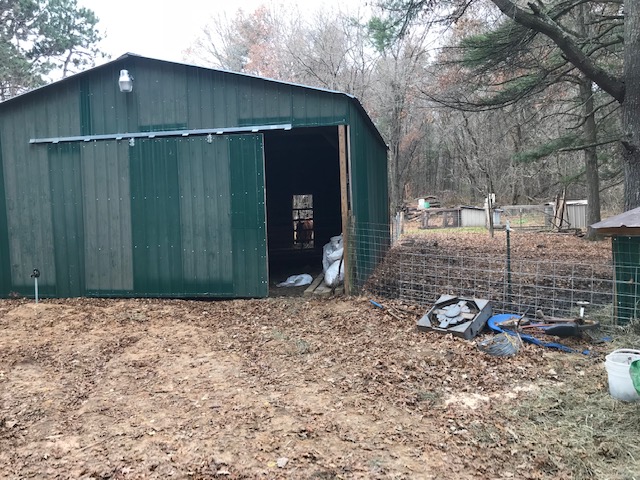 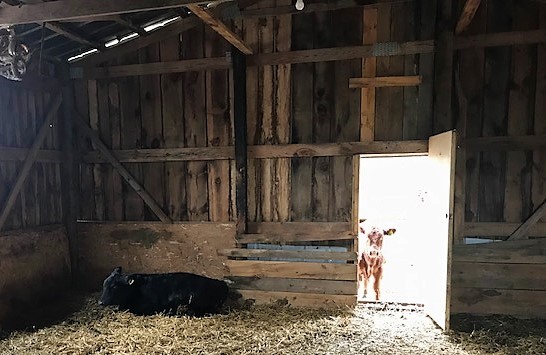 On the way out of the yard, we were told to see the big new cock that Tye's wife Kelli, had got  at a sale somewhere.  It is certainly a nice one.  Very colourful. 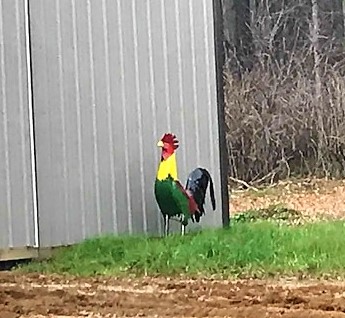 On our way back from town we stopped by the farm to check out what was happening there but on the way we got some fuel.  Harold says "hey look over there!" and low and behold there was a combine fueling up at the service station.  I don't think I have ever witnessed that before.  You know you are in a rural area when you see that. 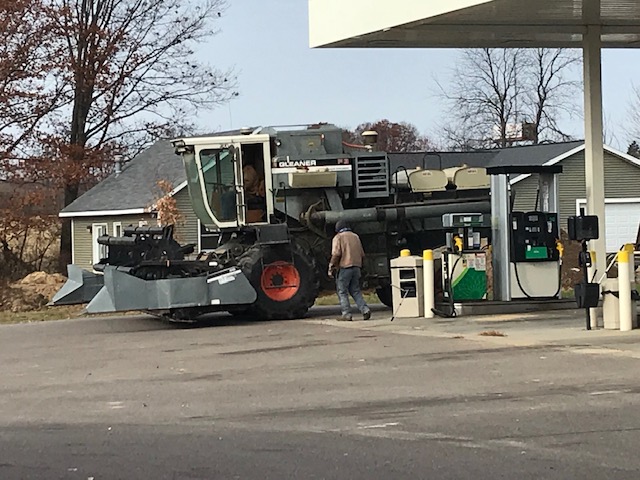 I love the country around here with all the barns and silo's. 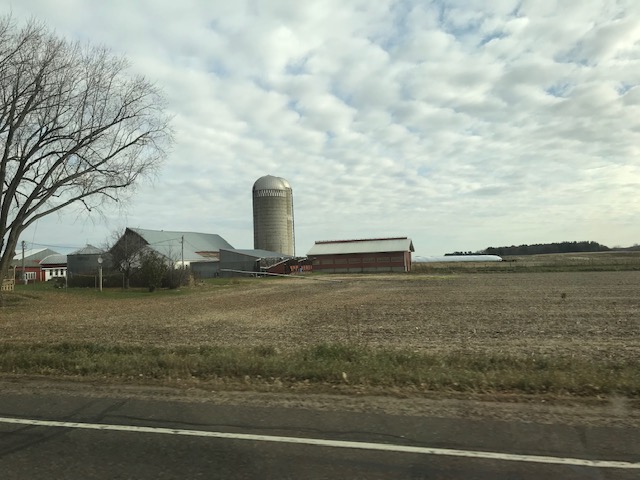 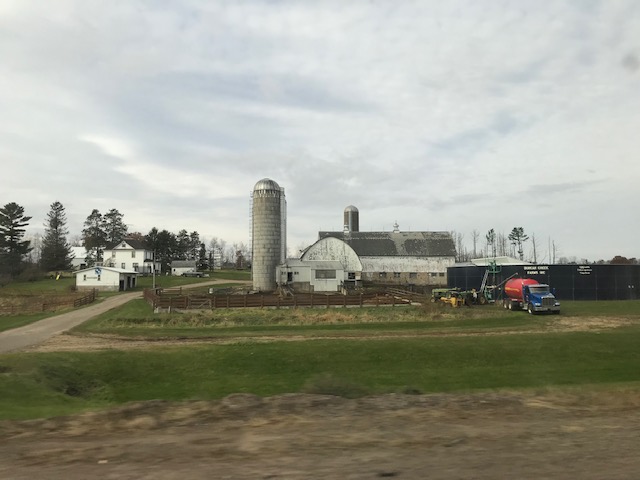 When we arrived at the farm, Kevin's son Tye and his grandson Cole were sorting cattle.  They were separating the spring calves from their mothers which in the farming industry is called weaning.  The mother cows get quite annoyed and you really have to make sure there is a fence between you and them or there will be an unplanned rodeo.  There is lots of noise with all of the cows calling for their babies after the process is done.  Tye has things set up really good so it is a "one man show" so he didn't need our help.

Kevin made sure to show me his new to him Mack truck.  It can sure hold a lot of grain. 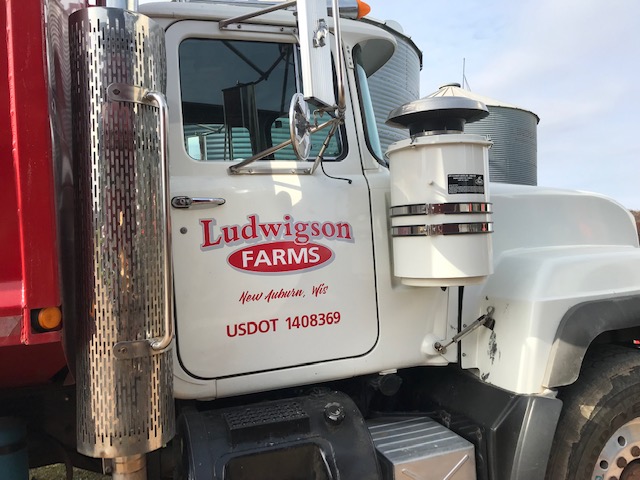 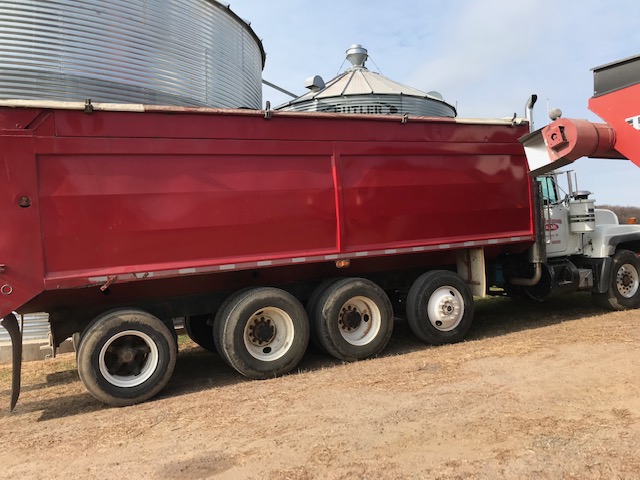 When we got home, Kevin got busy and got lunch ready for everyone. (Ronda actually made it I think!)  There is no chance of us leaving here hungry!!! 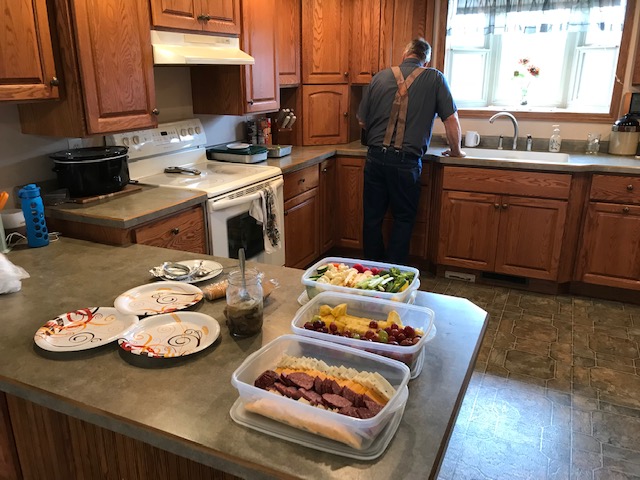 After lunch we went on tour again.  Kevin showed us some of the sand plants around here.  They have a special type of sand which is used in the oil industry.

Then we stopped by Kevin's other son Lucas's business.  He is in the stone masonry or brick laying business.  He spent about an hour talking with us all about what he does and how he has built his business from scratch.  This is his 13th year of operation and it is obvious that he is doing quite well at it.  Tye works with him as well as doing the farming thing with Kevin. 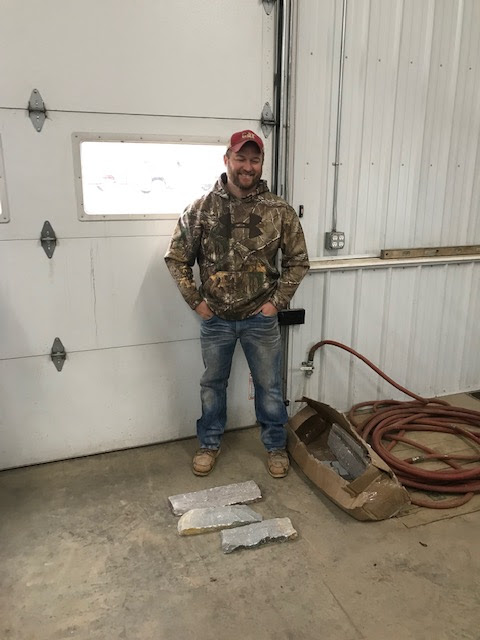 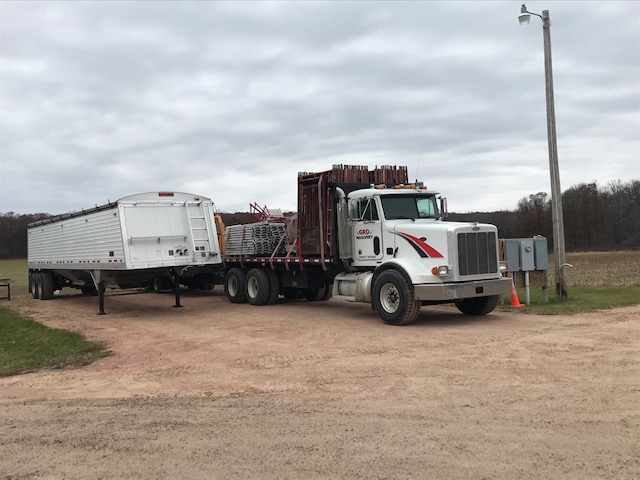 By the time we got home it was time to go out for supper again.  This time we chose Mexican and was it ever good. 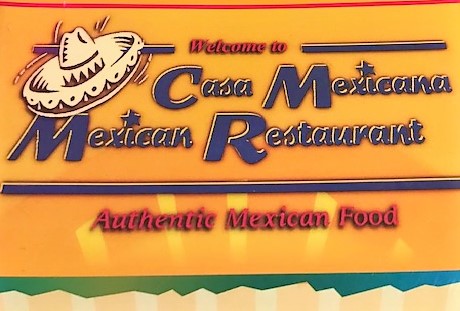 The interior of the restaurant was very colourful as Mexicans tend to like it. 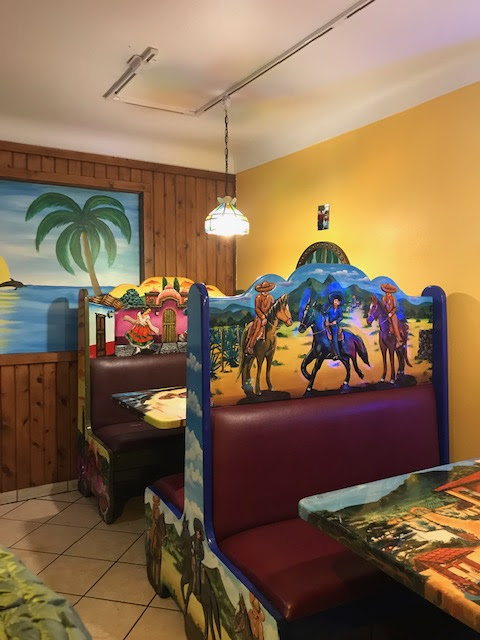 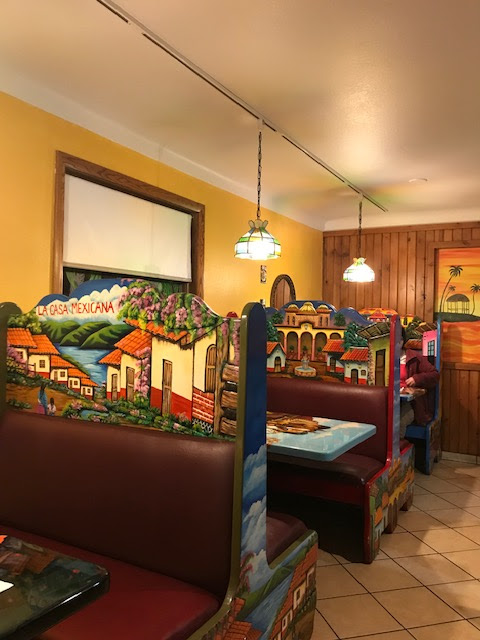 First things first, Harold just had to try the Grande Beer.  This will keep him going. 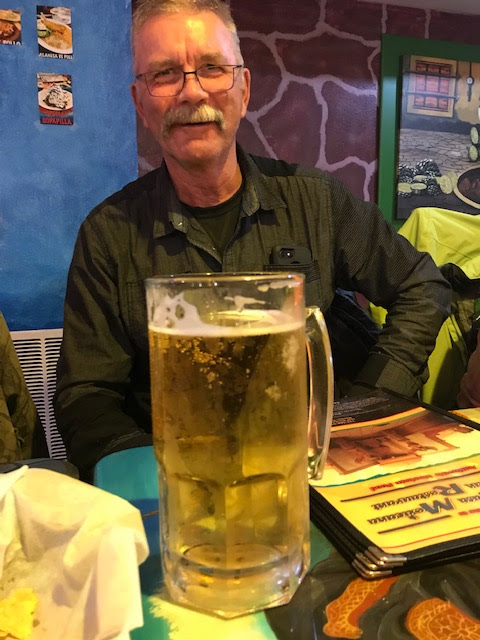 The meal was delicious and we all toasted to great friends and lots of laughs. 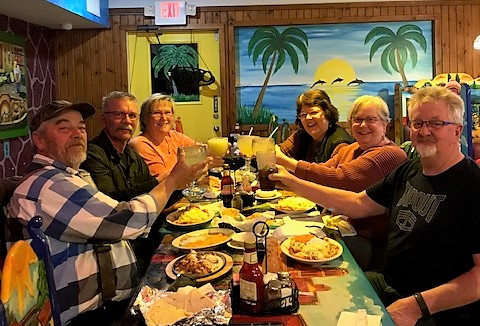 There was even some fried ice cream for dessert but I didn't have any because I was waiting to have more of Ronda's apple crisp when we got home. 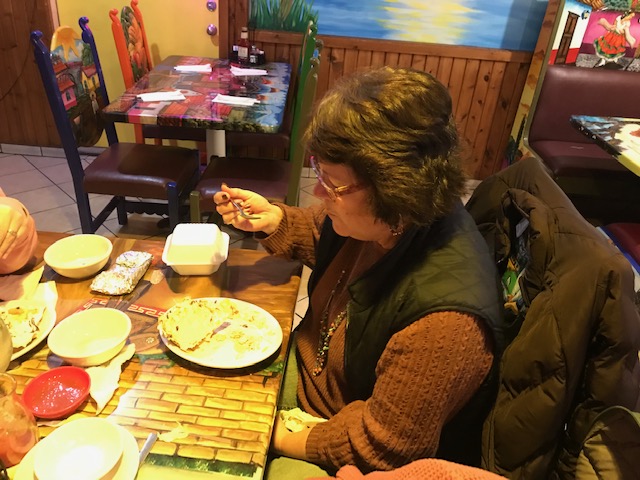 This is the view out our window tonight because we are parked beside P & H. 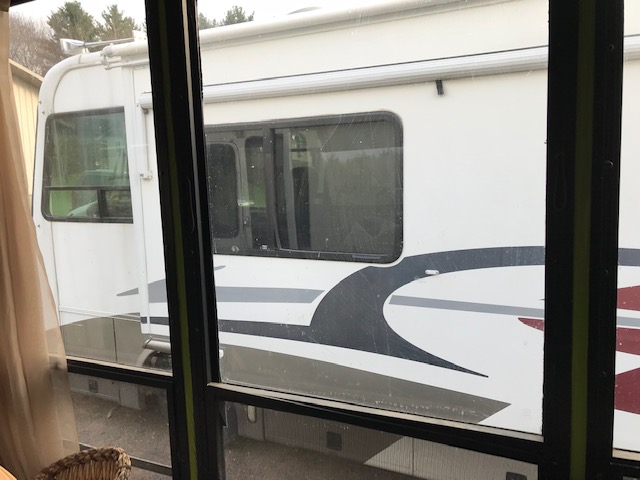 Posted by Lorne Green (A Place Called Away) at 09:28:00
Email ThisBlogThis!Share to TwitterShare to FacebookShare to Pinterest