Today was a play day for all of us.  We all went our separate ways early in the day with the intention of meeting up for supper at the Beau Riviera Casino in Biloxi for supper.  Sue and I did some laundry and a picked up a few things in town before heading to the Casino.  Something we realized after was that no one spent a nickel on the slot machines so I guess we were all winners!! 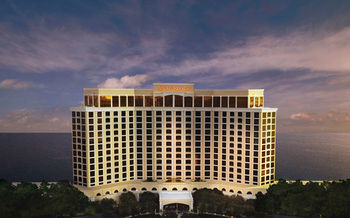 Very nice Hotel and they had it all decorated up for Christmas. Lots of pretty stuff and Sue loves to take pictures of it all.  She posts them all on Facebook if anyone wants to see her work.  Most of the ones you see here are just mine from my phone. 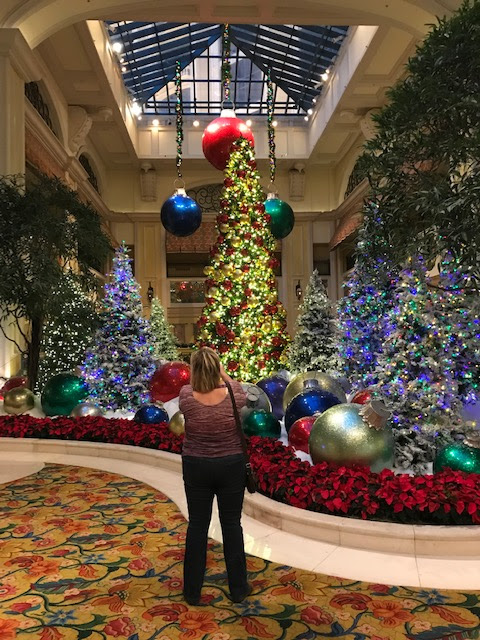 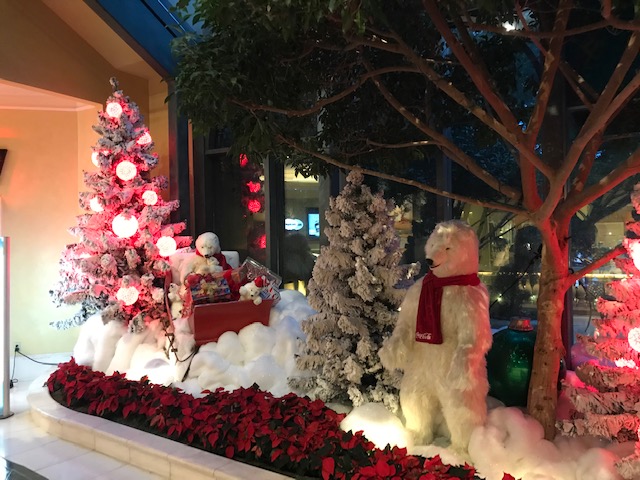 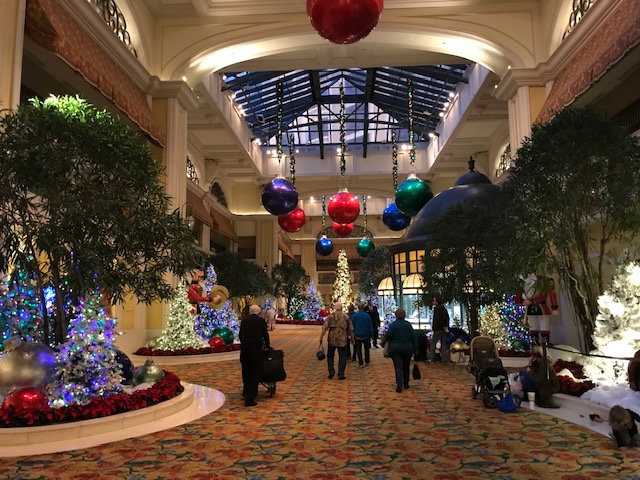 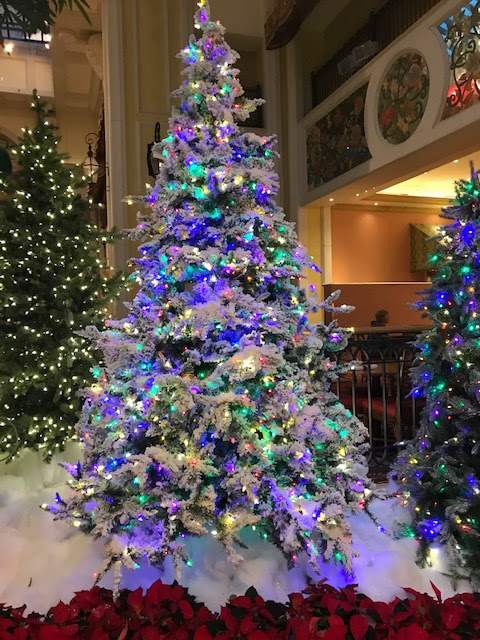 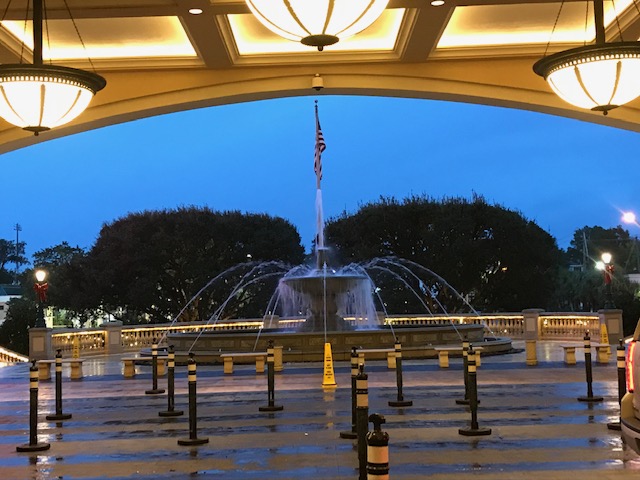 I hate to say it but I am now a senior and as such I like to frequent the odd buffet.  So today was buffet day at the Casino. We spent some time checking out the Casino before heading for supper. 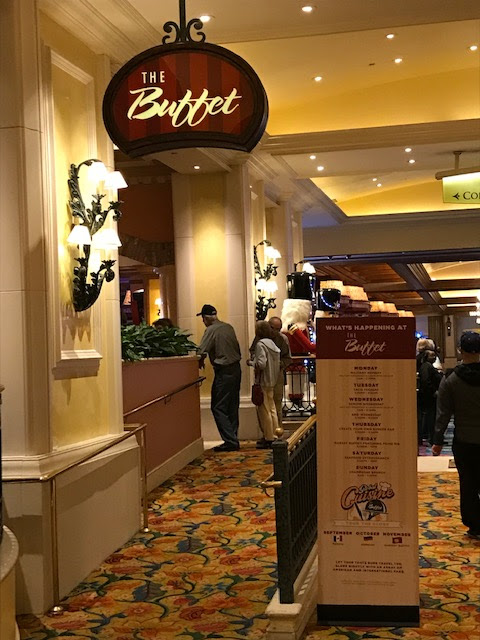 The eight of us posed for the traditional "out for supper" picture.  It won't be long and we will be starting to split up to go our separate ways for a while. 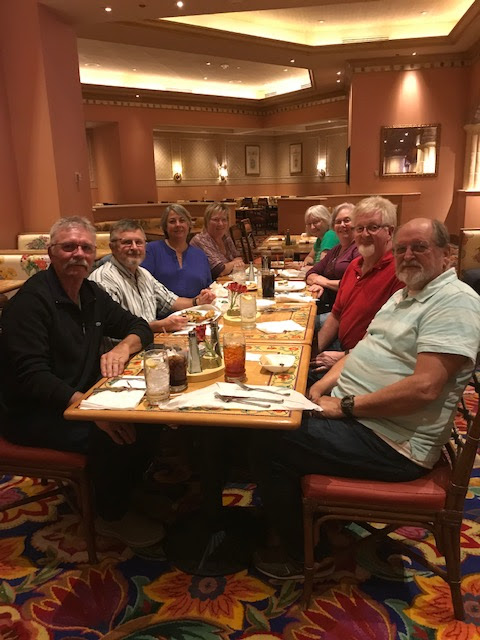 The food was delicious as Chuck will attest to and the dessert was yummy too. 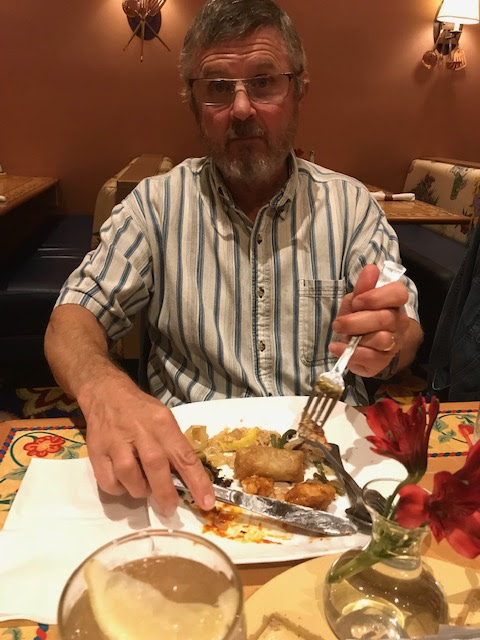 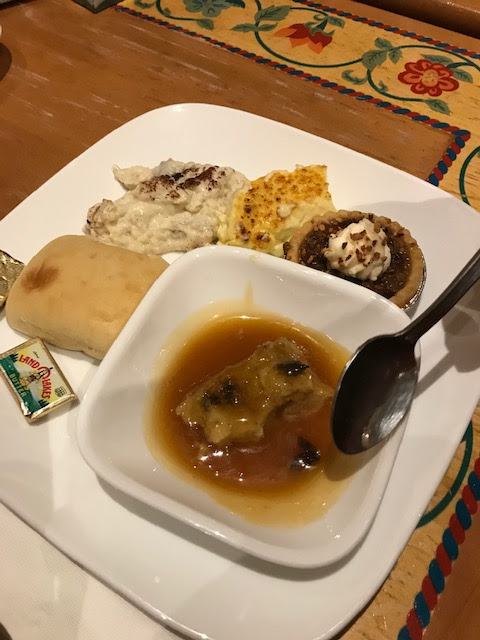 After supper we all headed down town Gulfport to see the Gulfport Harbour Festival of Lights.  Because it had rained earlier, and was a Thursday night, there was hardly anyone there so we had the run of the place.  Very pretty light display.  Thanks Angie for lending me some pictures. 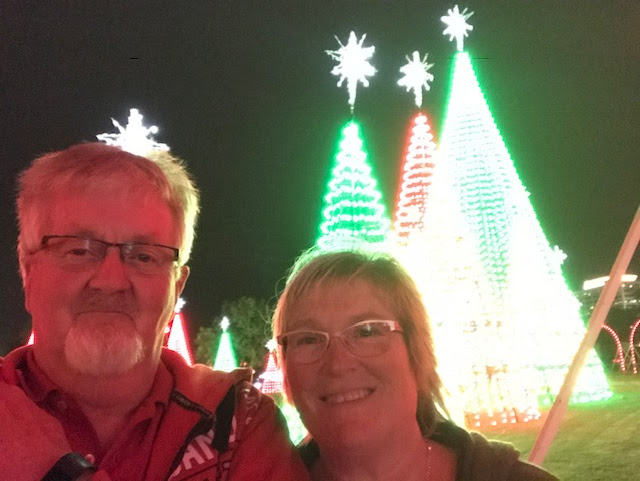 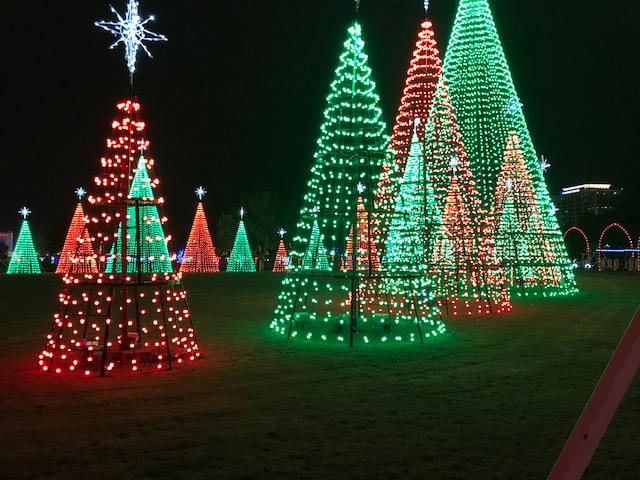 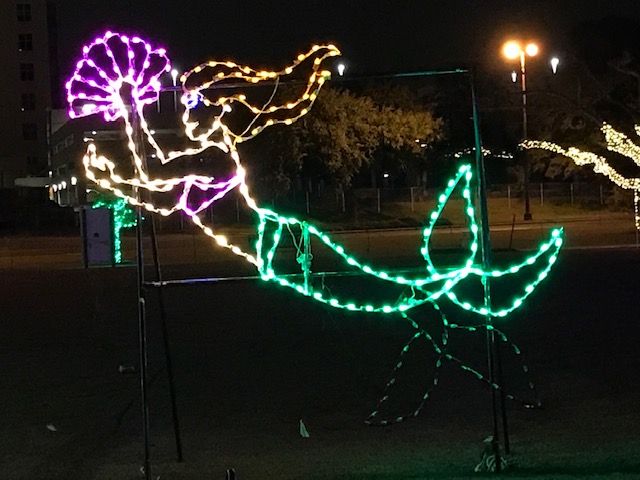 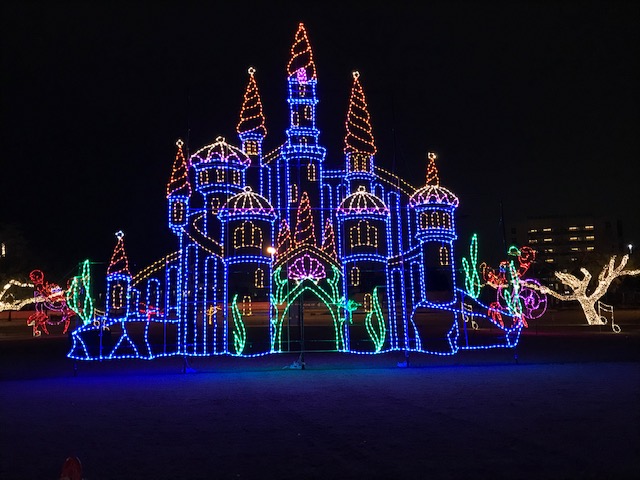 And what would top off a Christmas display more than meeting Santa. We had him all to ourselves for a group photo.  Even Lexi got in the picture. Poor Charlie got left in the Jeep.  Not a bad looking bunch.  There is always one clown at every circus, and Chuck is the Clown. 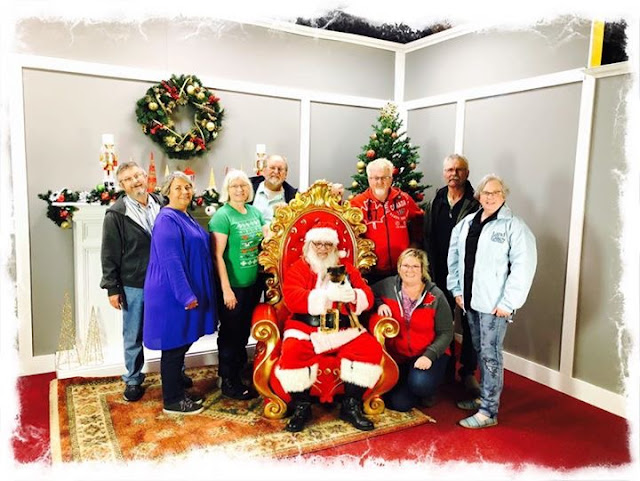 As we were leaving I turned around to see Santa standing in the door of his workshop and I'm sure I heard him say "Merry Christmas, and to all a Good Night!"  It was almost eerie seeing him standing there and for a moment I felt the magic one more time.  Instead of the view out our window tonight, I will show you that view of him over my shoulder as we left to head home for the night. 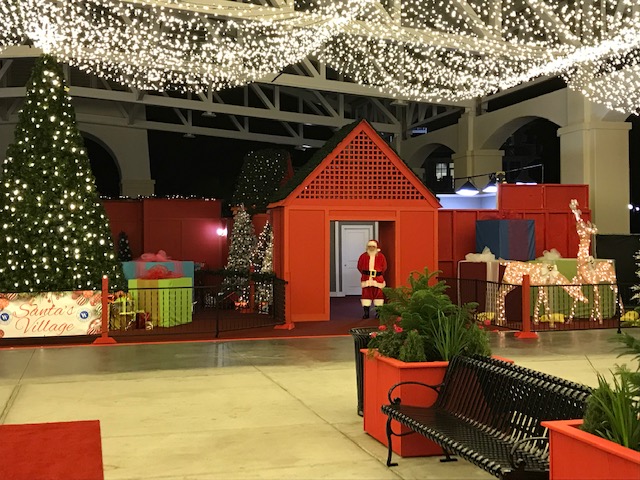 Posted by Lorne Green (A Place Called Away) at 20:09:00
Email ThisBlogThis!Share to TwitterShare to FacebookShare to Pinterest