I couldn't believe my eyes when we were out shopping in Home Depot and I saw Elvis come through the door.  Now I guess deep down we all know that he is dead, but some people just seem to want to look like him.  Well this guy was as good of an imitation as I have seen in a long time.  I really had to take a second look.  Not the young Elvis we remember, but what a middle aged Elvis looked like. 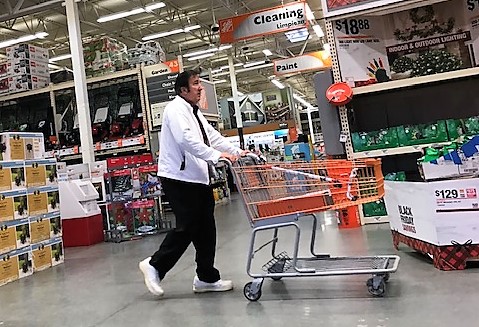 I had an interesting thing happen this morning that I should share with you.  For anyone who does eggs in the microwave, let me caution you about cooking them too long.  THEY BLOW UP!!  And when they do they normally make a terrible mess in the microwave.  Well today I heard the dreaded BANG and was scared to look.  When I did I was amazed to see that the egg had lifted the lid off the bowl they were in and lifted them out of the bowl, and set itself neatly down on the microwave carousel right beside the bowl.  I just scraped it off onto my plate and it was ready to eat.  Not one bit got on the microwave walls.  I think I was lucky. 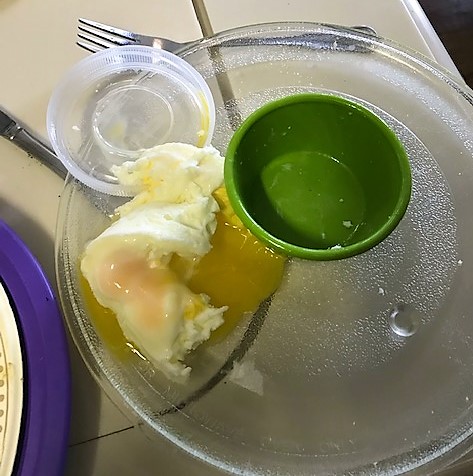 Something Sue and I have been talking about getting is a scooter for when we are parked close to interesting things, we could just jump on it and go explore.  Gas prices are not so bad down here but our Jeep gets about 18 MPG Canadian, and a 260 cc scooter would get around 70 MPG so that would be a savings which would mean we could go more places.  A bigger scooter would be safer on the roads and this model can reach speeds well over the speed limit.  Anybody got any comments on going this way?  It won't happen this year, but maybe something to look at next year. 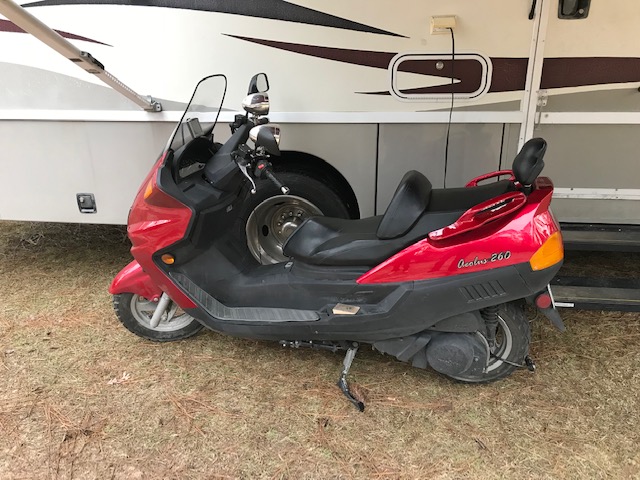 Not much happened today except a lot of sitting and chatting. 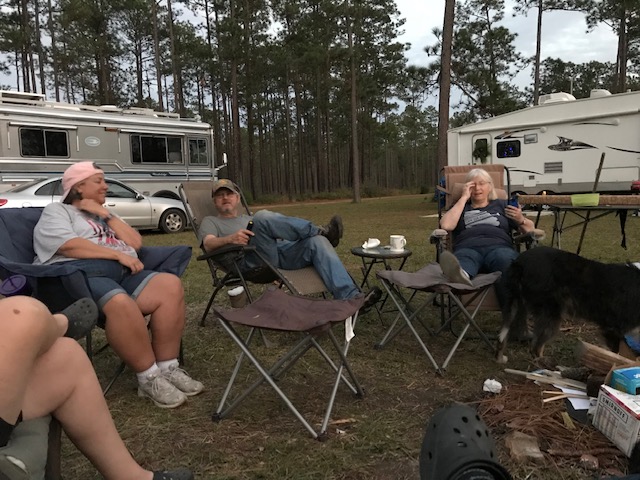 Later on we watched a double episode of Survivor and then off to bed. This was the view from our window today.

Posted by Lorne Green (A Place Called Away) at 15:55:00
Email ThisBlogThis!Share to TwitterShare to FacebookShare to Pinterest