This is the seventh time this fall that we have witnessed snow.  I think when we fire up tomorrow to leave here, we should put in a long day of driving and try to get south of this cold weather. 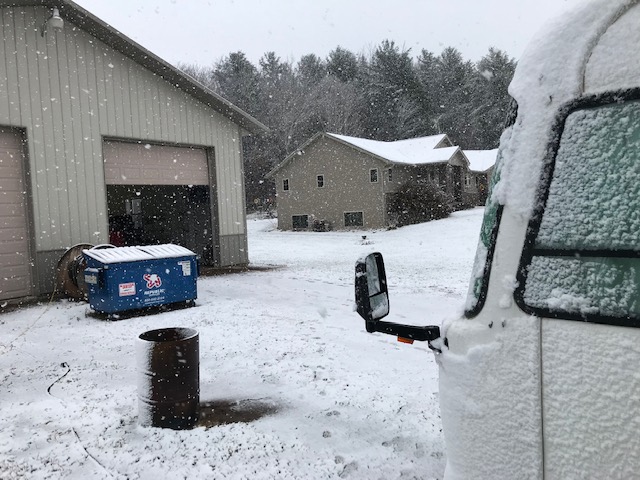 Today was a day to spend with Kevin and Ronda's family. They had all of their kids home for the afternoon, and were just missing 2 grand children.  Their daughter Tana came through the snow storm to get here.  Her 2 boys Gunner and Gavin did not make the trip cause they were with their dad. Tye and Kellie came with their 2 boys Cole and Bronson, and Lucas and Stacy were here with son Layden and daughter Kaydence.  It was fun to have all the activity around the house.  They had a lot of fun with the Jenga blocks, doing everything except Jenga. 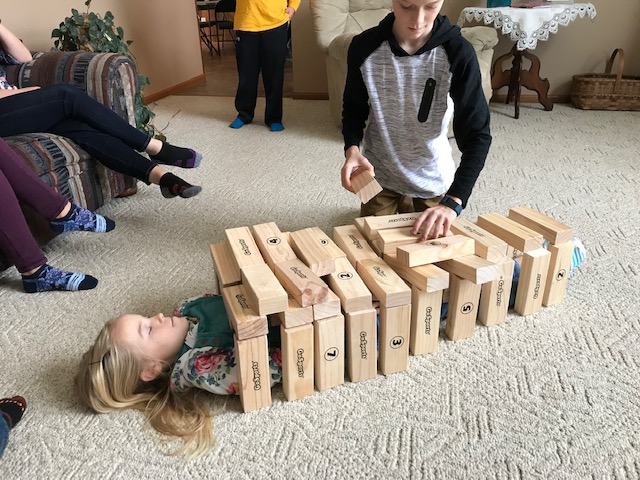 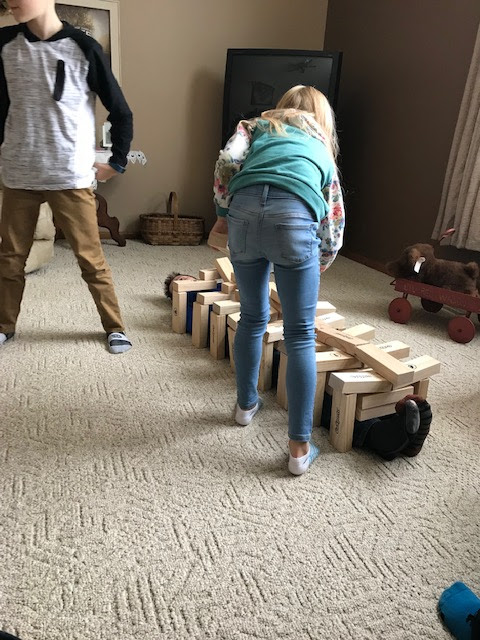 After some playing we had an awesome meal featuring flip flop chicken which was done to perfection.  Nothing brings a bunch of people together faster than food. 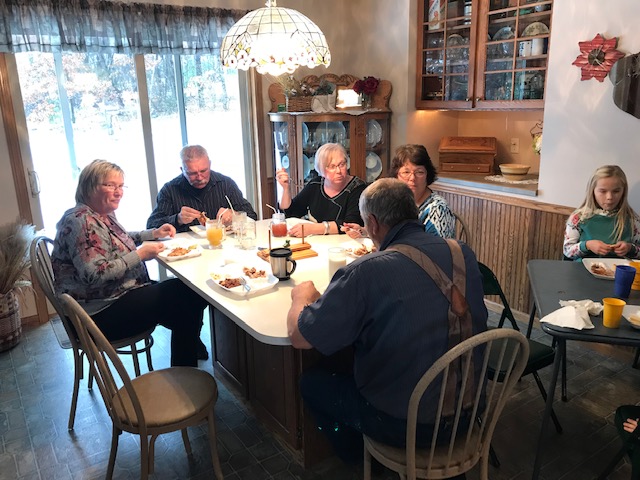 Kevin showed off the meal for the record.  We sure have eaten a lot of really good food in the last few days.  Thanks so much Ronda and Kevin, for your hospitality to the old Canucks. 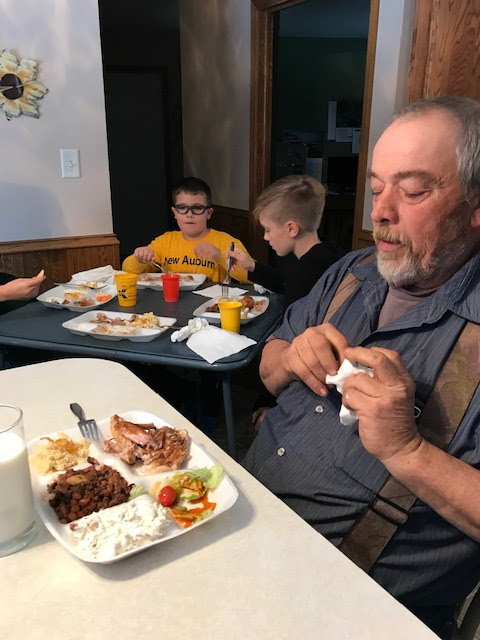 Then we went downstairs and played Catch Phrase for a while.  I think the guys beat the girls but some may disagree.  However I am writing the story!! 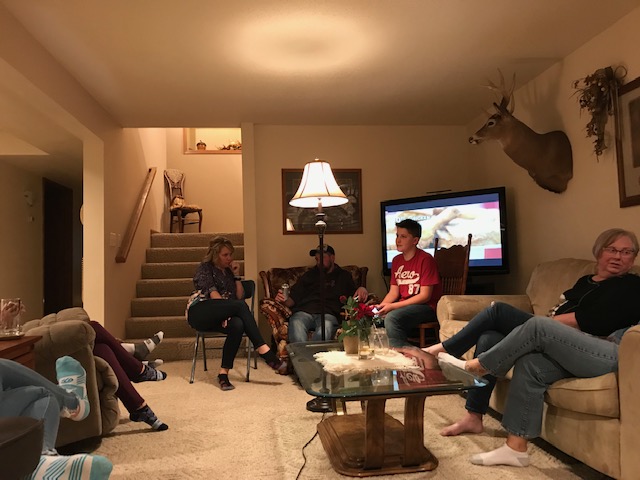 We talked until bed time and everyone went their separate ways.  It will be a while before we see the kids again.

Here was the view out our window tonight. 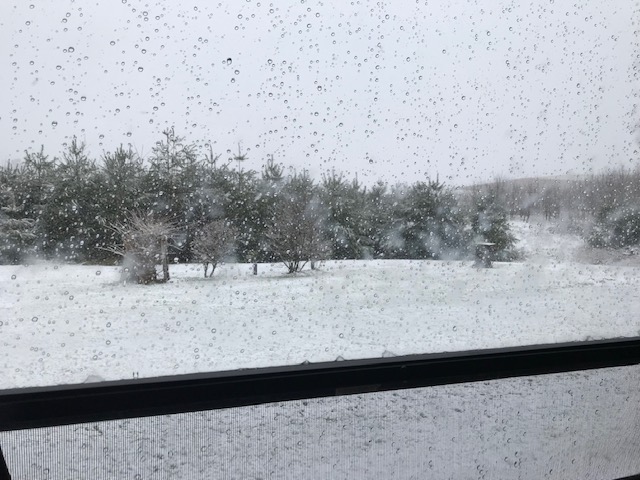 Posted by Lorne Green (A Place Called Away) at 16:28:00
Email ThisBlogThis!Share to TwitterShare to FacebookShare to Pinterest