The Barn Board Project

On Saturdays post I mentioned that Sue got a couple barn boards from AJ for a project she wanted to work on.  Well this morning she gave her project to AJ and staff at Pinks for Christmas.  She is so good at this stuff.  It is something to make them remember the crazy Canucks with the fuel injector problems. 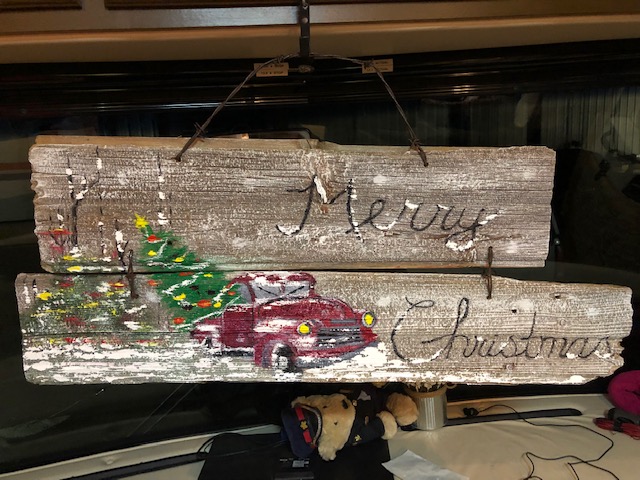 And speaking of injector pump problems, Roger the mechanic was here at 8 this morning ready to go to work on removing the pump again to find out why it was leaking oil.  Sue and I headed back to Dubuque to pick up a new seal at BK Diesel.  When I was there I questioned the owner if there was anything we should know about why the oil was leaking.  He asked if we installed the little Quad ring that they sent with the new pump.  He said it was not installed on the pump but rather floating around somewhere in the pump bag.  He said a lot of mechanics who don't work with this particular pump miss installing it.  Ok, like why wouldn't you mention this when we picked up the pump??  And then he wasn't going to give me another seal until I asked him for it.  He was actually a nice guy but didn't want to help out much until I asked him.  I guess he thought I was just the delivery boy.  Oh wait!!!  I was the delivery boy!!!  So we headed back to Pinks in Lancaster with the seals. 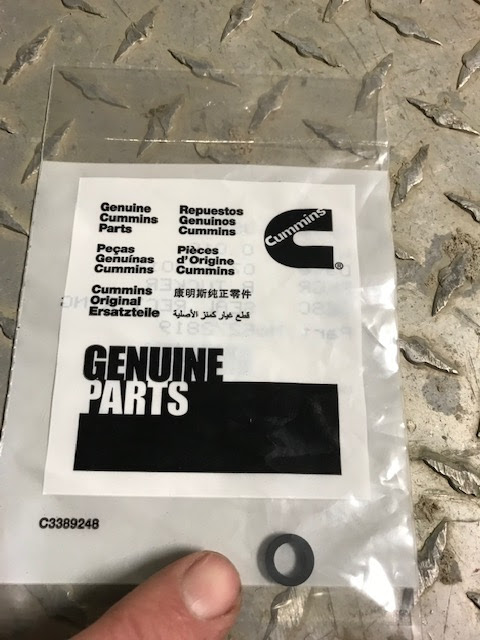 This seal is important because it is in a spot where pressurised engine oil flows.  Roger went to work reinstalling the pump, this time with the seal in it.  Sue and I went and did our laundry while he was working on the MH. 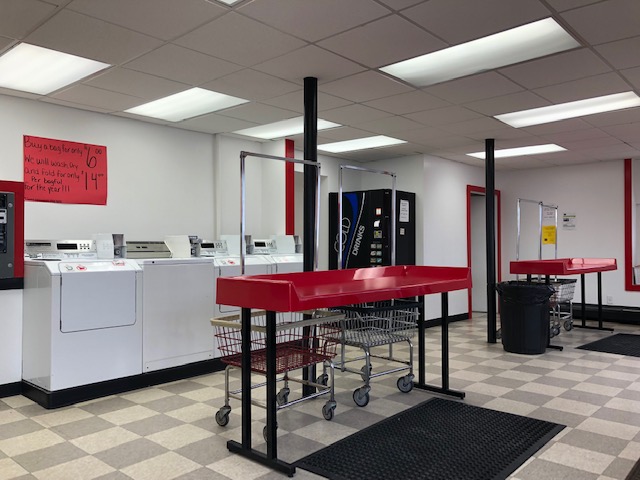 Roger finished installing the pump and we bled the lines about 2:30 pm. That went well and we fired it up.  Guess what?  The pump leaked oil worse than the last time.  We immediately shut it down.  I felt soooo bad for Roger because this was the second time he had removed and reinstalled the pump.  Each time takes about 5 hours.  He went right to work taking the pump out again and discovered that something had not been right with the small seal. 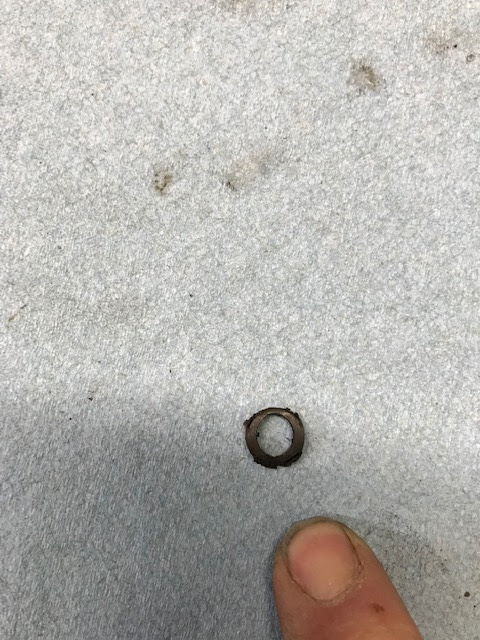 Sue and I headed back to BK Diesel in Dubuque which is about a 45 minute drive south of Lancaster.  We had to hustle to make it before 5 o'clock.  While we were gone Roger and Steve completed the 3rd removal of the pump.  He swears he can do it with his eyes closed.  We got back around 5:30 just in time for Happy Hour.  We will continue the fix in the morning.  We are actually happy to stay here overnight because the temperature tonight is supposed to be -12C.  Brrrr.

We saw a couple note worthy things in our travels today.  First was a sign in Lancaster on a one way street intersection.  I actually had to stop to read it before I found out that I was not supposed to stop!!! 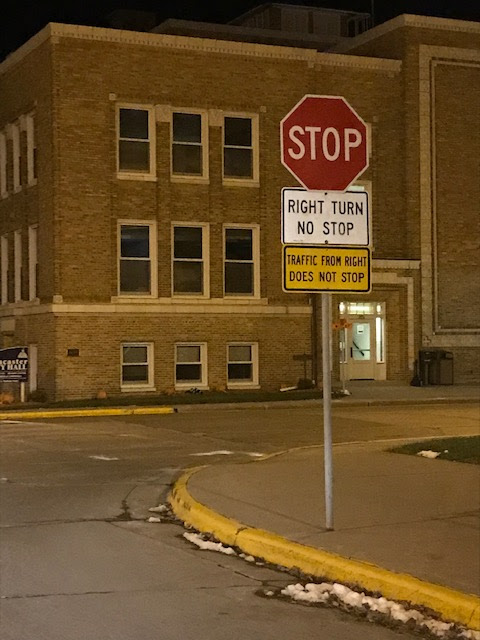 The second was an old lady driving a way too expensive car.  It is obvious she has lots of money but nobody adjusted the head rests for her.  Maybe that's the way they are supposed to be but I think if she got in a rear end accident, she would surely break her neck from the head rest.  She didn't look too comfortable.  But she did have a nice coat and gloves. 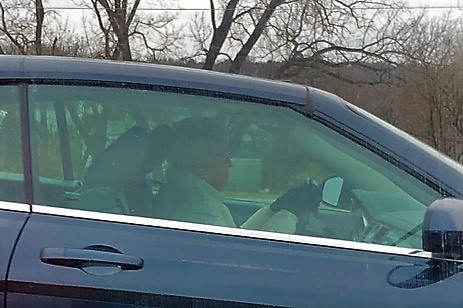 When we got back, AJ said he bought us a treat.  At lunch time we had commented on the mustard they had for the Bratwurst.  It was delicious, so apparently it is locally made and so he went and bought us a bottle.  Mmmmmm!!!  Thanks AJ! 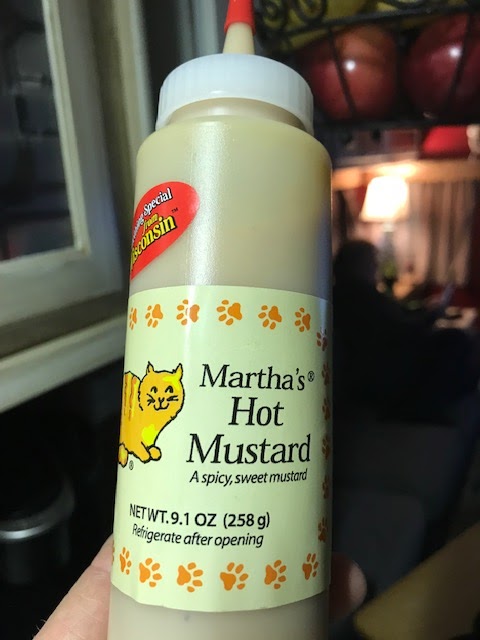 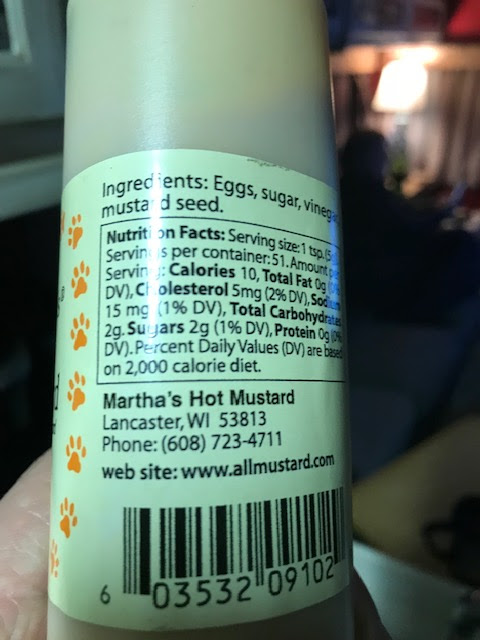 We are back in Pinks indoor campground for another night.  Like I said earlier it is not a bad place to be on a cold night like tonight. 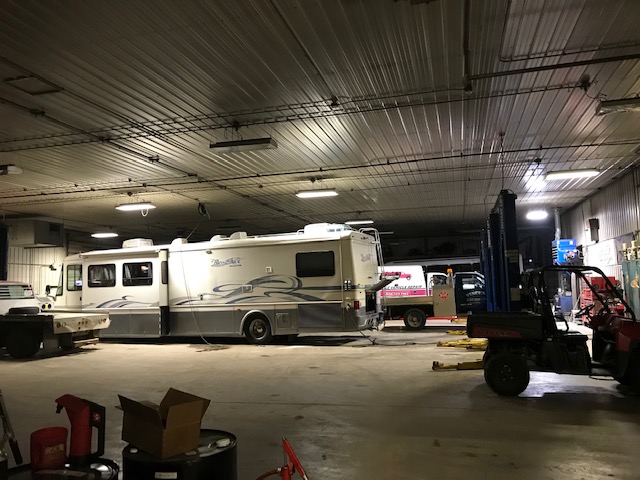 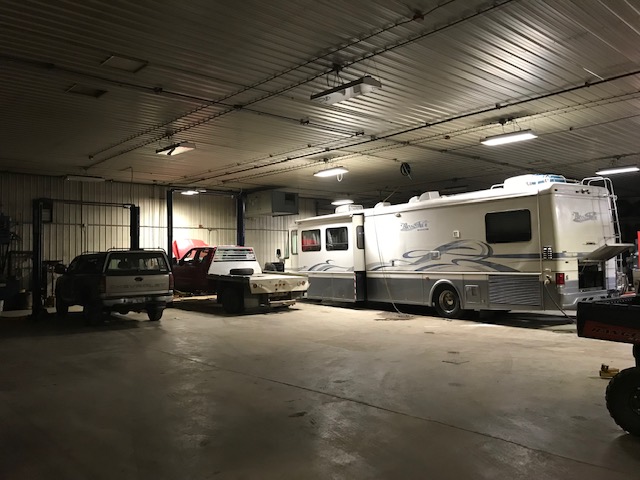 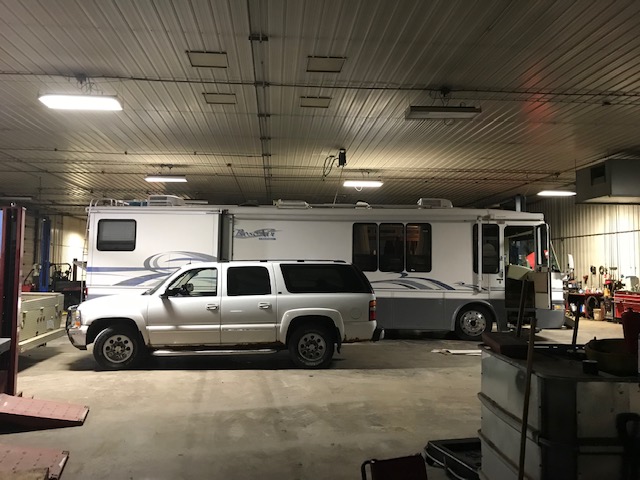 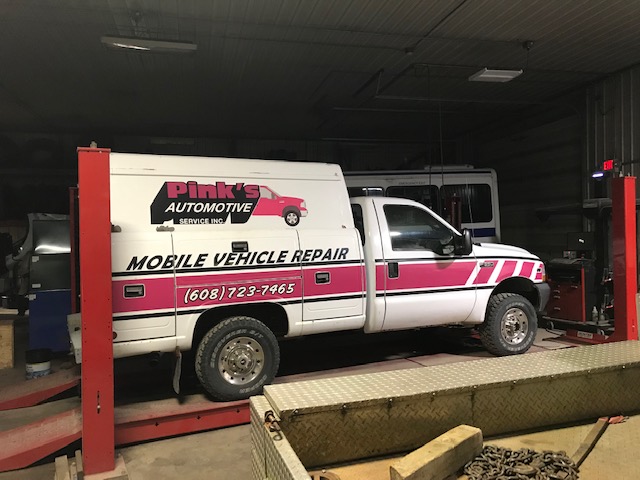 We even get to plug into power just like at a campground. 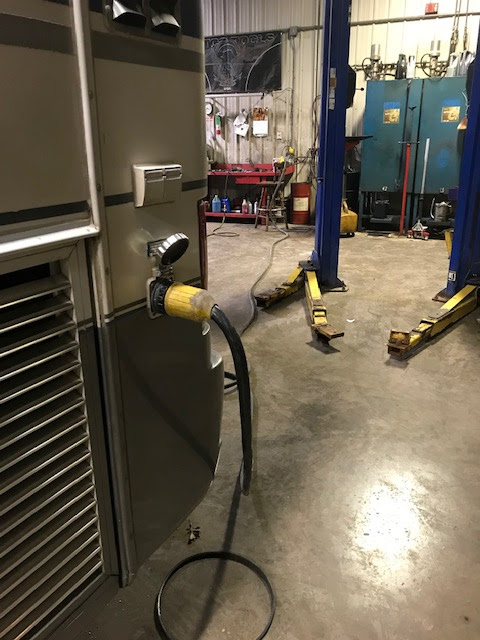 We spent the rest of the evening just relaxing and watching some TV. 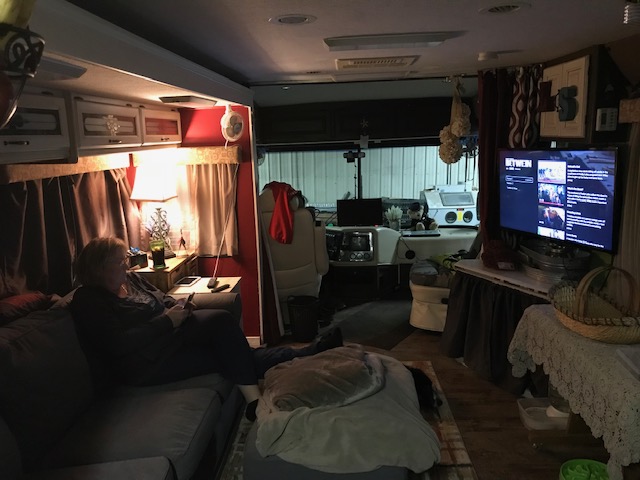 Our view out our window had changed again tonight: 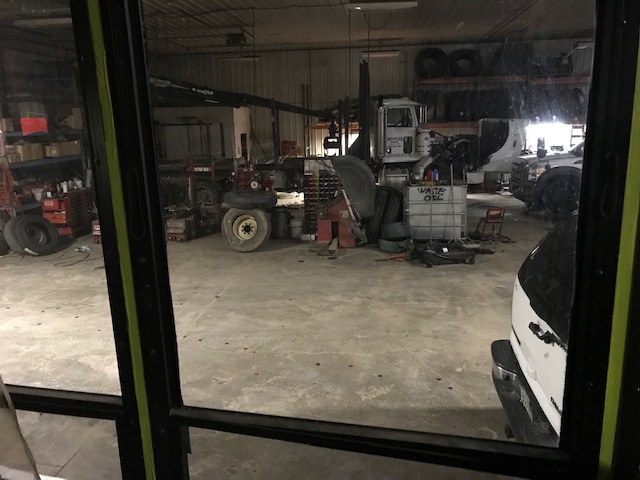 Posted by Lorne Green (A Place Called Away) at 06:26:00
Email ThisBlogThis!Share to TwitterShare to FacebookShare to Pinterest