The job of the day today was to defrost the fridge freezer.  I think the door was left open a wee crack a few times and down here with the humidity, it doesn't take long for frost to build up. 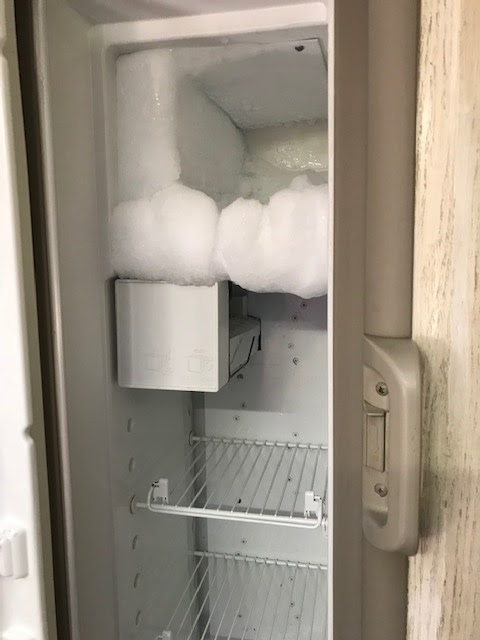 Charlie loves eating ice so he was in heaven when I kept chucking him the ice from the freezer.  I often wonder if he gets a brain freeze?? 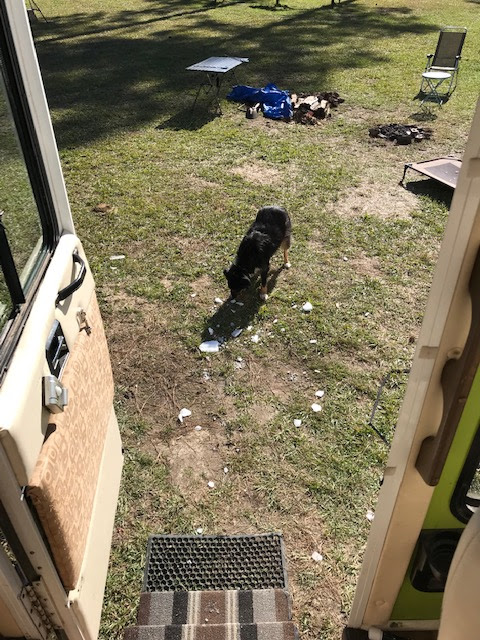 Wasn't long and it was as good as new again.  Should last us for a while now.. 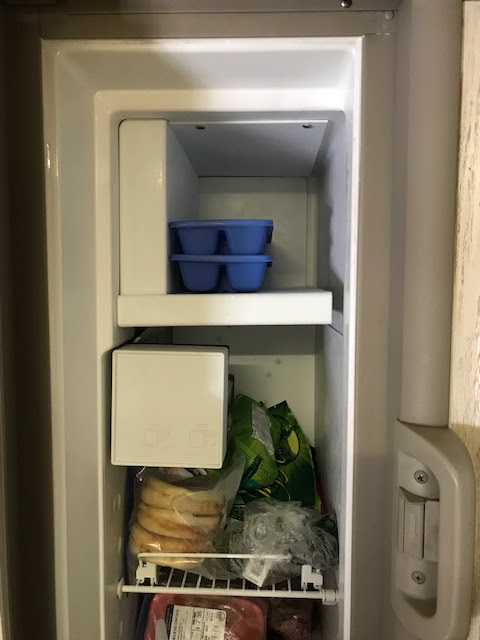 Next project was to get the lumber out and replace the valance in the living room.  I thought the old one was ok but what do I know? 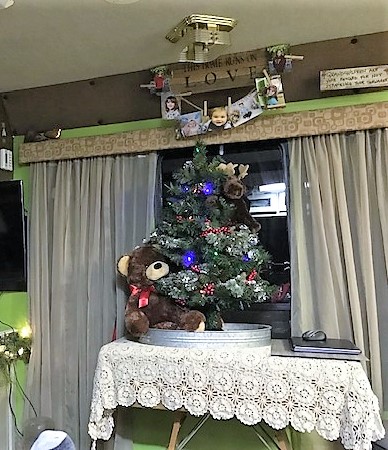 So we got out the lumber that we bought the other day and pulled out the saw and went to work. 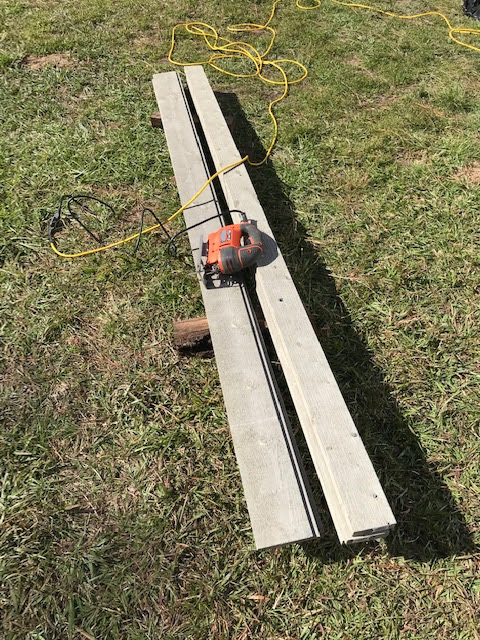 Wasn't long and we had a new one up made out of rustic type wood.  We mounted it lower and put a lip on it so we had a shelf to put up pictures and stuff and they wouldn't shake off going down the road. 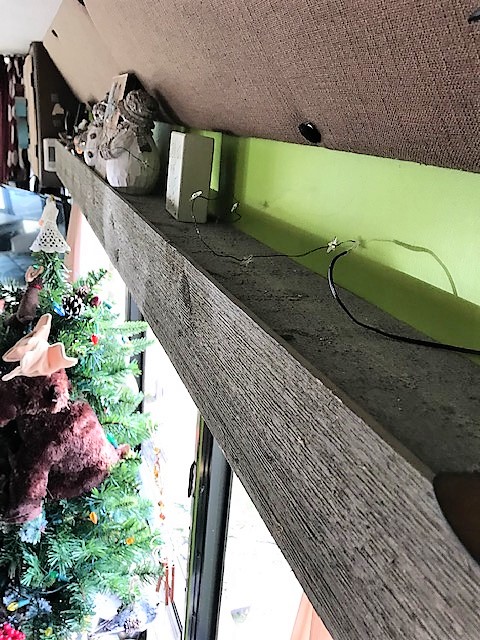 About 4 pm we heard a Jimmy Diesel coming down the road and we all knew it was a Bird!!  Roundtuit was back and as she turned in to the campground, Lessies played a rousing chorus of "She'll be comin round the mountain" in Bird fashion.  Nice to have our friends back after a week of hanging around with their daughter Rachel in New Orleans (Pronounced Naorlins). 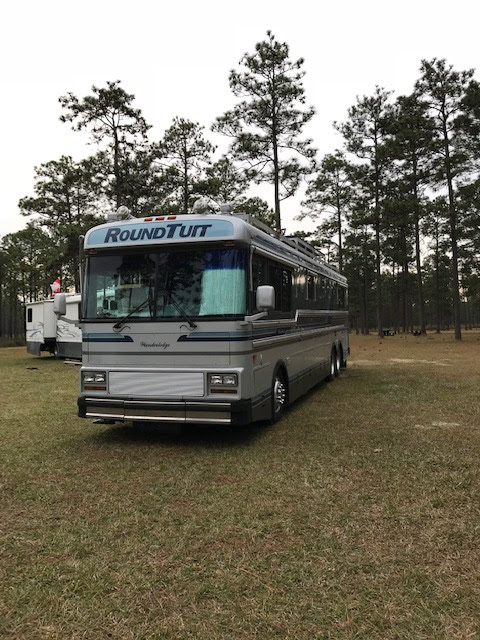 They got all set up in the circle quickly and we all got together to catch up on their adventure. 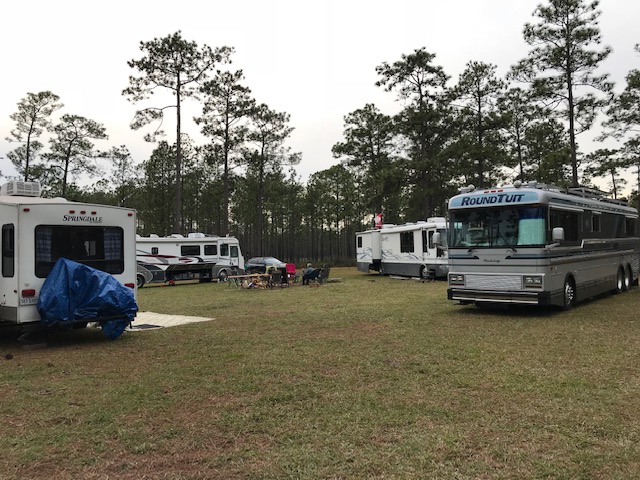 Later in the afternoon another vehicle showed up and they began collecting pine needles.  I asked them what they were using them for and he said he does lots of yard care and he uses them for bedding in flower gardens.  They raked it all up in windrows and put it in garbage bags for transport. 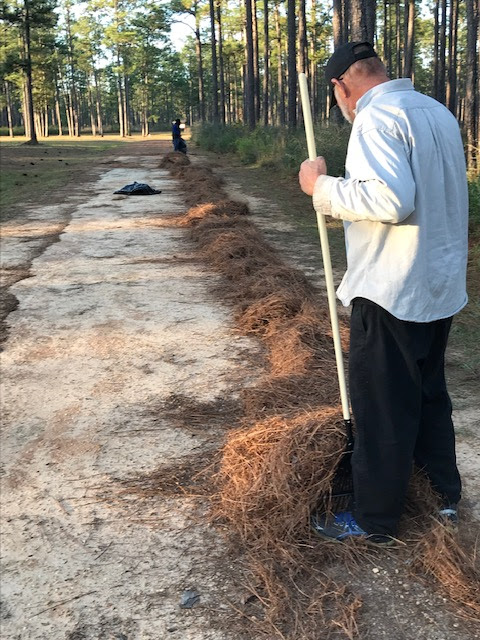 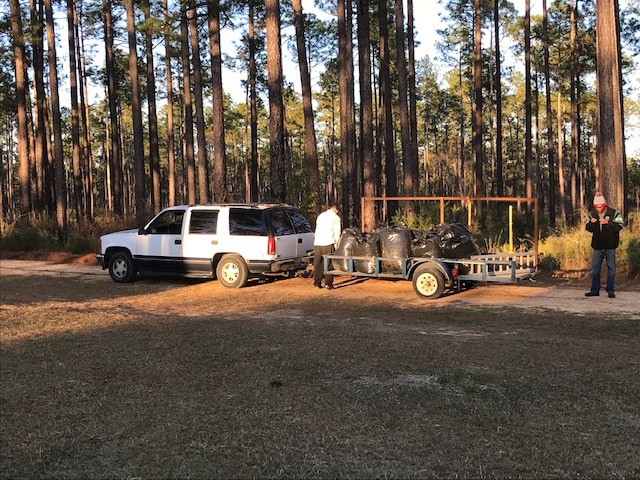 When they were done, he came over and dumped some Pecans and some Satsuma oranges on Chucks mat. 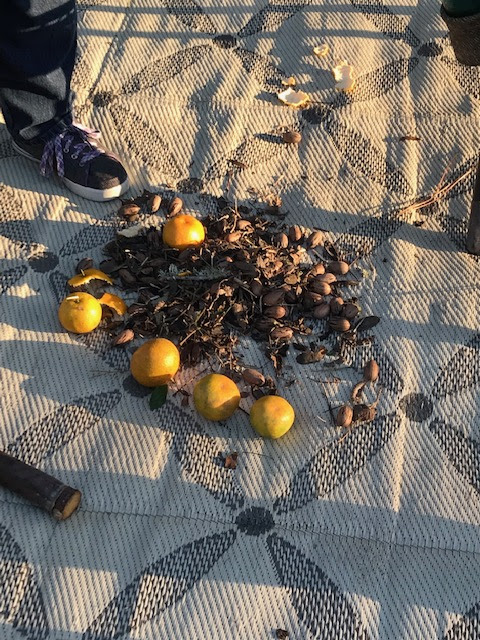 Satsuma is a type of orange grown locally and tastes very good. Chuck tried one out. 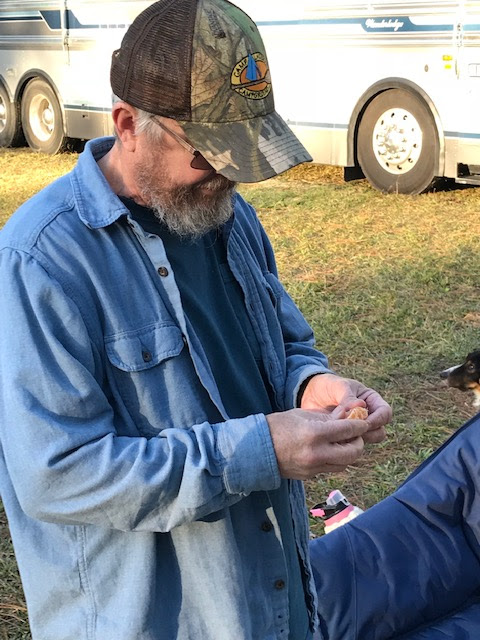 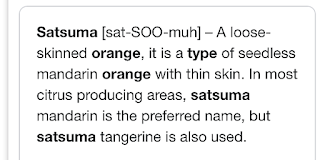 He also left a sugar cane stick for us to chew on.  It is sweet alright but not something that would catch on quick with me.  You just peel off a little bit of the soft inside and chew on it for a while.  Kinda like chewing tobacco only you don't have to spit!! 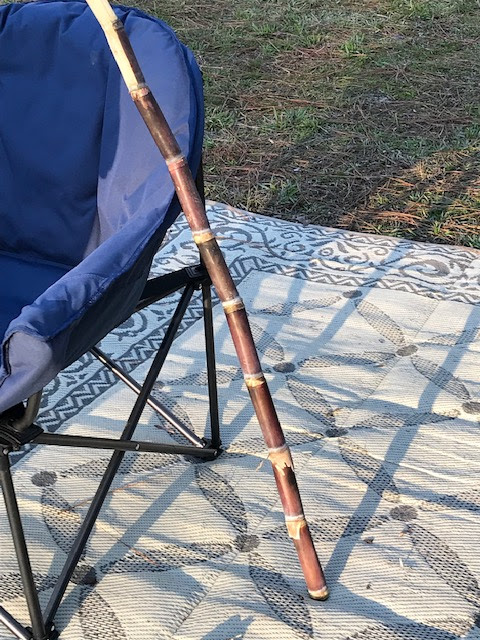 The pecans were quite tasty and Ed found his pecan cracker machine thingy so had to rig it up and try it out.  It actually worked quite nicely.  The Pecans are very tasty.

We are going to have a fire tonight so Ed and Chuck went to gather firewood.  They found a big log so they found a good use for the hitch on the front of Ed's car.  Ingenious I thought. 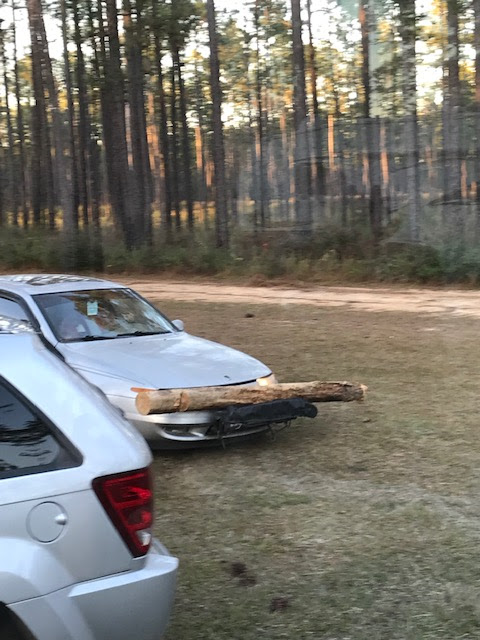 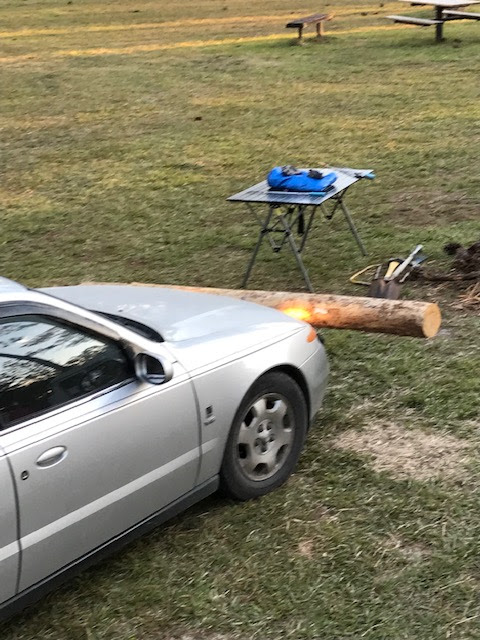 After dark we got the fire going but we didn't last long around it.  Even though it was a nice fire, the temperatures were dropping fast so Sue and I headed in for the night. 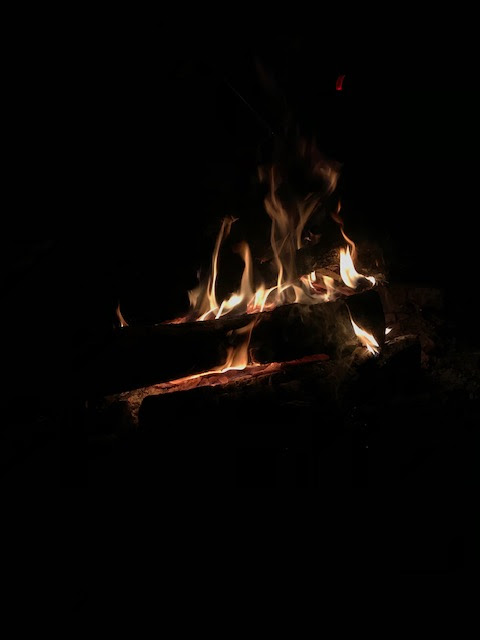 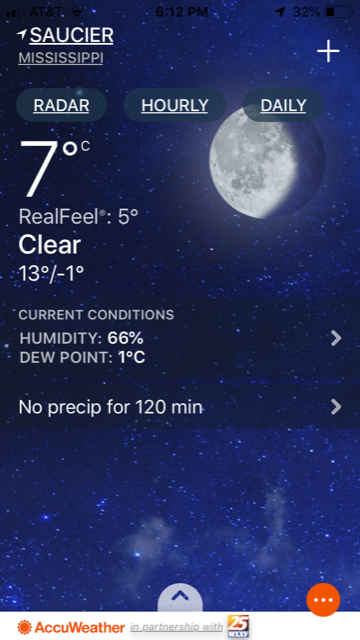 Ok, Ok, it wasn't that bad compared to the -25C back home, but chilly is chilly and we were chilly.  Here is the view out our window tonight as our circle is complete with Roundtuit back in it. 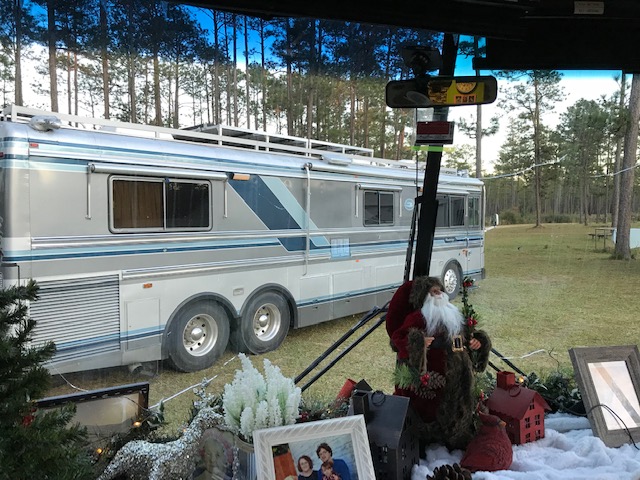 Posted by Lorne Green (A Place Called Away) at 16:06:00
Email ThisBlogThis!Share to TwitterShare to FacebookShare to Pinterest