Charlie and I went for a little walk this morning around the park.  The weather was real nice so he was feeling good today.  He managed to find a squirrel and watched it run up a tree.  He then sat down and watched it for about 5 minutes.  He has more patience than I do, because I was the one that had to coax him to finish our walk. 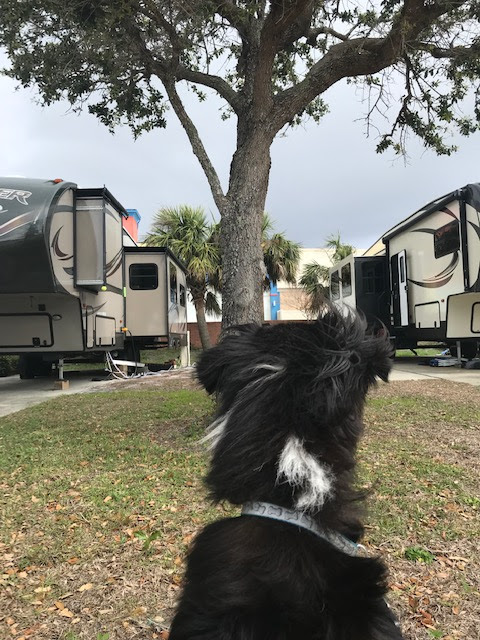 We have been noticing the lack of spring breakers around this end of town, and part of it is the lack of places to stay.  A lot of the condo's and favourite hangouts are not open after the hurricane.  This high rise condo is closed while it gets a complete retrofit.  A lot of the railings on the balcony's have blown off and need to be replaced. 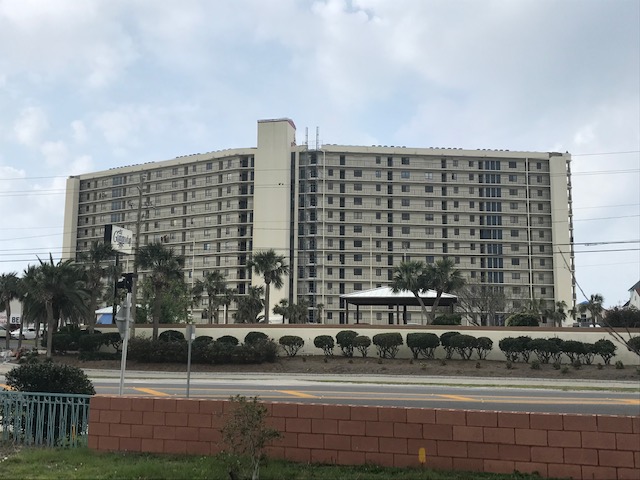 Uncle Terry and Aunt Diane's other daughter Chantel and her daughter Olivia are arriving at the airport this morning so everyone went to pick them up.  Sue and I decided to hang out on the beach for a while and take in some sun.  There were lots of clouds floating around but I still managed to get a burn. 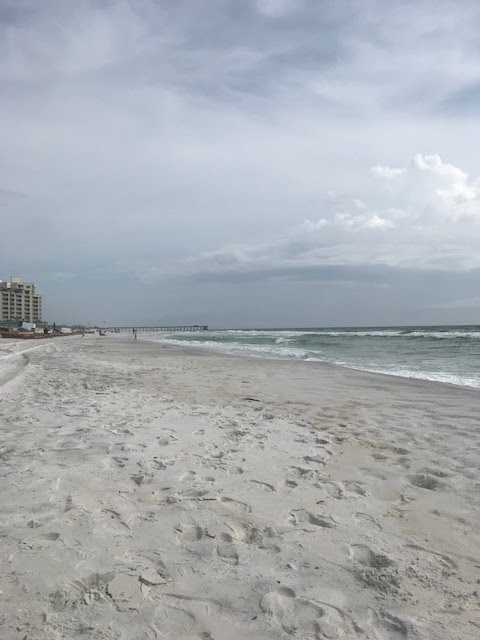 After wearing ourselves out sitting on the beach we headed over to the RV park for a swim.  They have a nice heated pool. 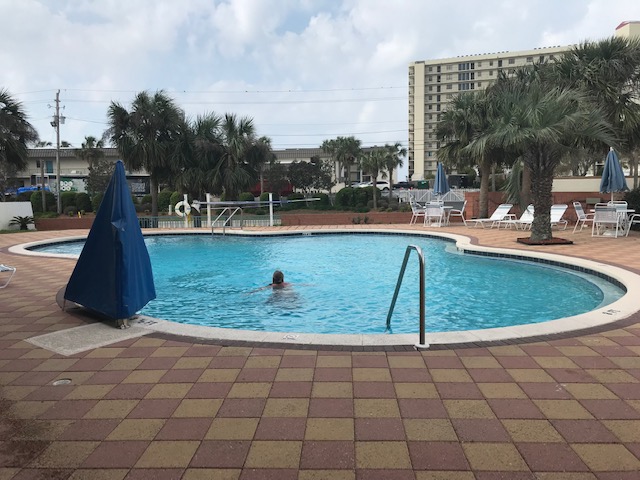 Our real reason for being here is to have some time with family and that is what we did tonight.  We spent some time visiting in the late afternoon.  Lots of catching up to do. 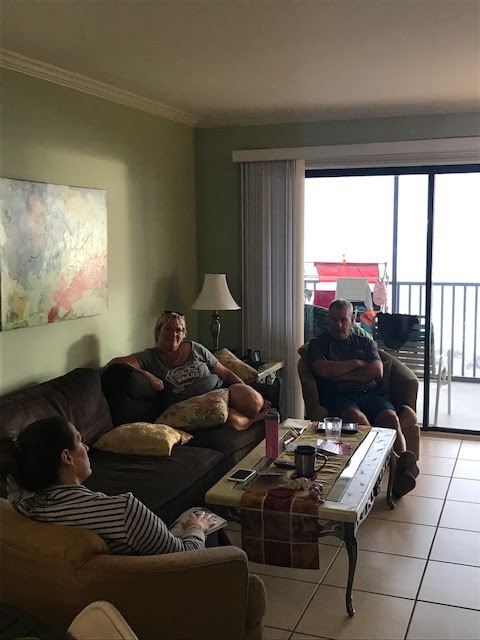 Soon it was time for supper and the girls took over the kitchen.  Its good to see them all doing their thing with their parents.  Great for Terry and Diane that they can all be here and we were lucky to be passing through at this particular time. 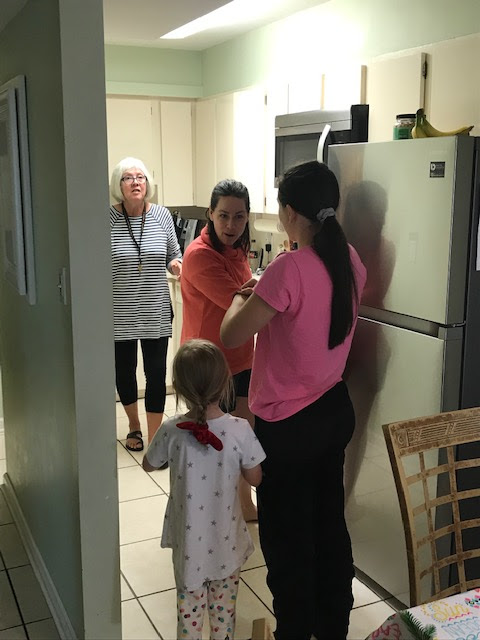 Jerry headed downstairs to BBQ us some burgers.  It was a great supper. Thanks for inviting us. 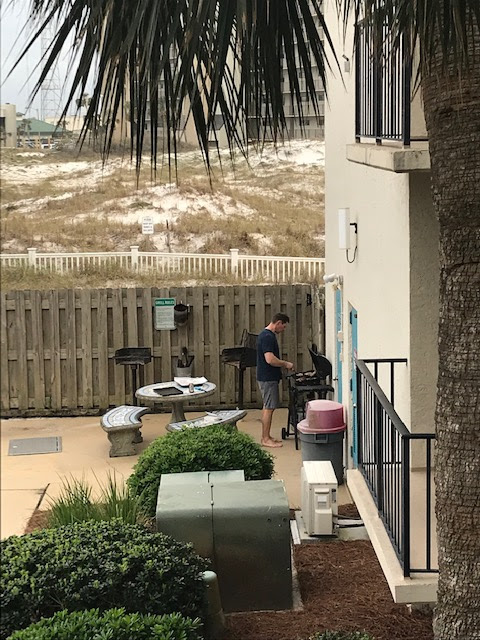 And of course the traditional supper picture.  As usual its an after supper shot and a lot of the people have left the table and the food is all gone, but you get the idea how good it was!! 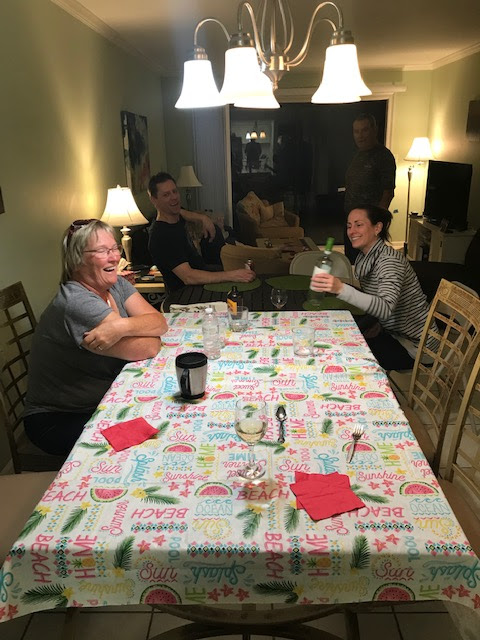 Its our last day here and this was the view out our front window.  (I do have to get that windshield replaced). 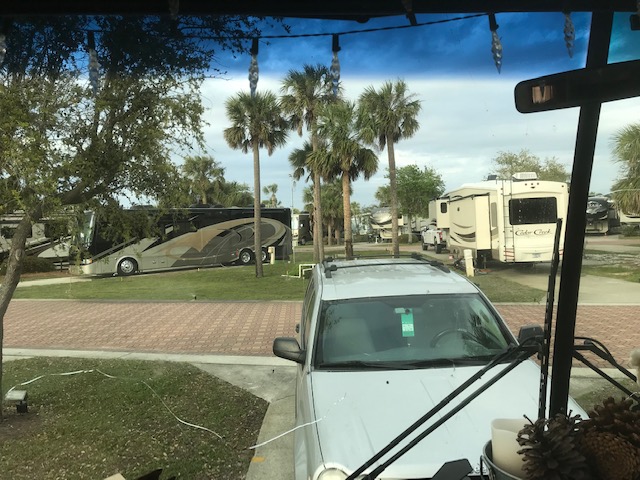 Posted by Lorne Green (A Place Called Away) at 19:01:00
Email ThisBlogThis!Share to TwitterShare to FacebookShare to Pinterest