A Fun Day with Darby's

We are spending the day with our friends the Darby's.  Their daughter Nicole is playing in a tennis tournament in Windsor and today she is playing in the final.  Unfortunately they lost but we did enjoy watching them.  Neither Sue or I know anything about tennis, so it took a while for us to figure out how the scoring worked.   We enjoyed watching the girls put their all into the game. 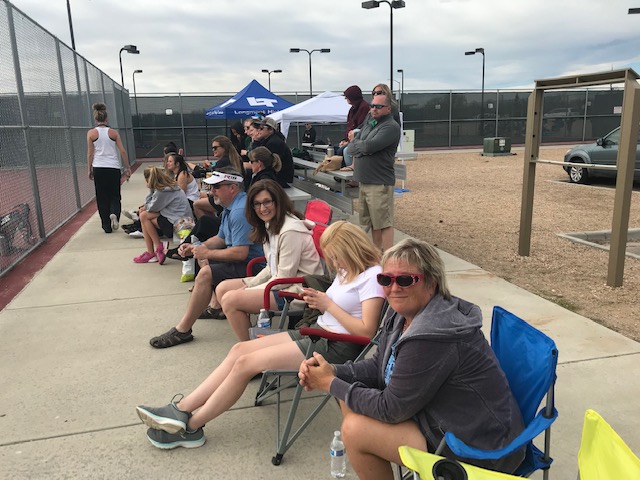 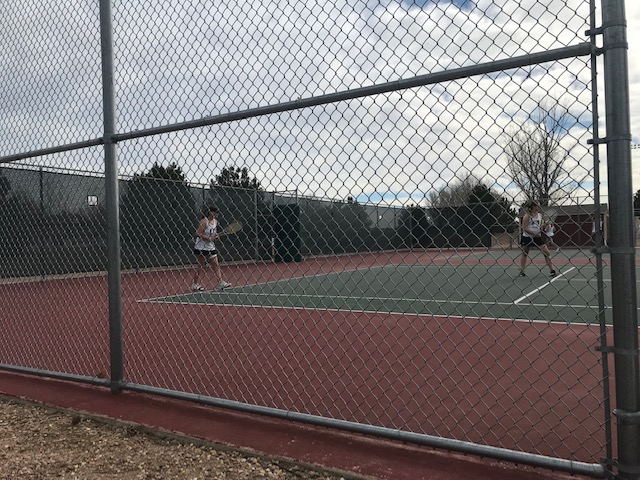 That kept us busy until about noon and the tennis came with a side trip to Costco.  How did that happen?  After we got back to the Darby's we spent the rest of the afternoon playing cards.  We had a rousing game of Golf which I almost won.  Sue enjoyed it I think. 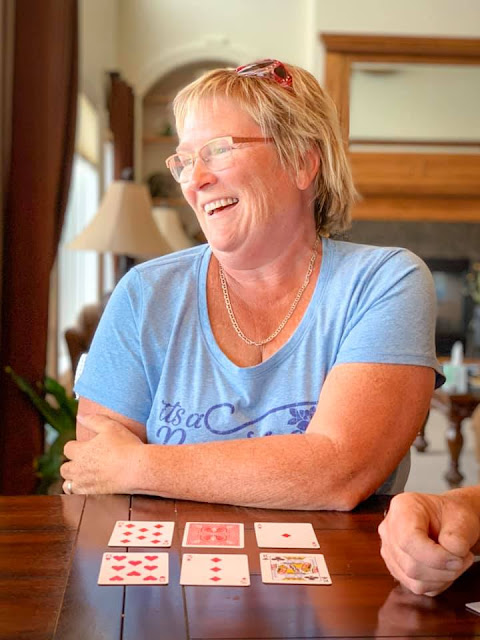 After that fantastic game we switched to Texas Holdem poker.  Now remember we were playing with a bunch of kids and they dominated again.  I did threaten to completely dominate the game for about 10 seconds or so!!!  And the kids cleaned up!!! 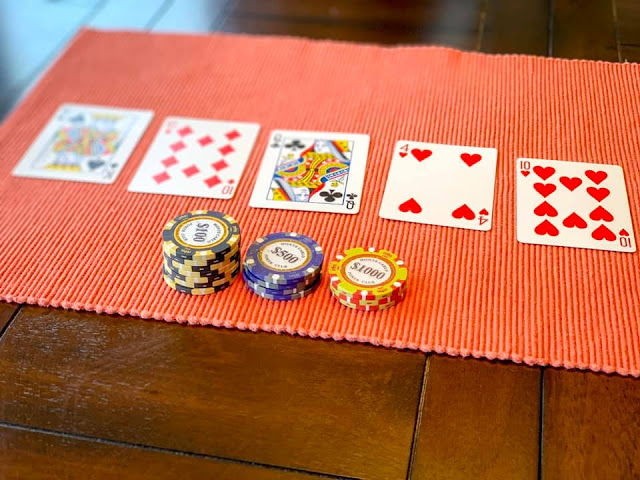 This afternoon Dave and Julie spent some time preparing a nice big Prime Rib.  Dave loves to cook I think and seems good at it.  The whole family chipped in and in no time flat there was a tasty prime rib cooked to perfection. 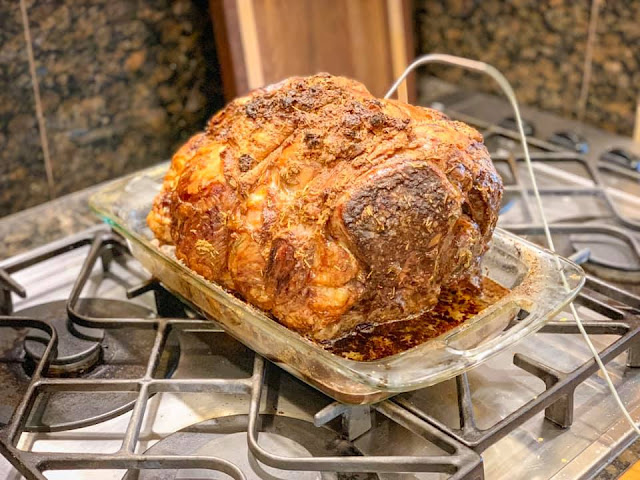 Soon it was all cut up and the table was filling with good food.  What a feast it was.  I love Prime Rib and my favourite place to eat it is The Keg.  I have had it in some other restaurants but have never found one as good as theirs.  Well the one Dave did was actually better.  The au jour that he made was the icing on the cake.  I have never, I say never, tasted au jour like that.  It was sooooo full of flavour. Thanks for all the work that went into this meal guys.  It was great. 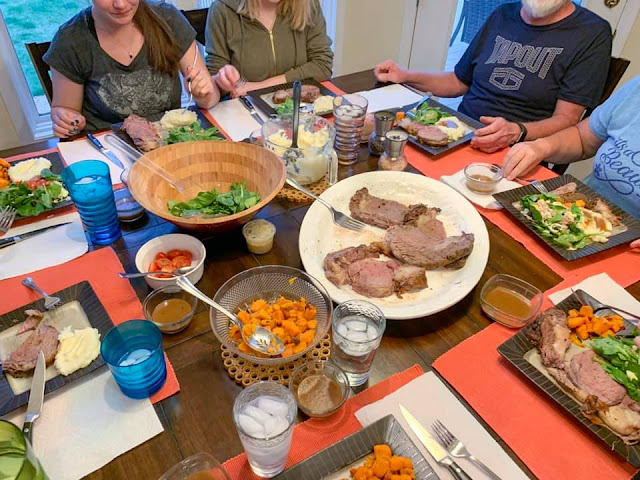 We all stopped eating long enough for a supper picture.  Obviously Dave took the picture cause he is missing.

Sue and Emily headed out for a walk after supper to see an owl that they found earlier.  Emily has named the pair Salt and Pepper.  The rest cleaned up before movie time. 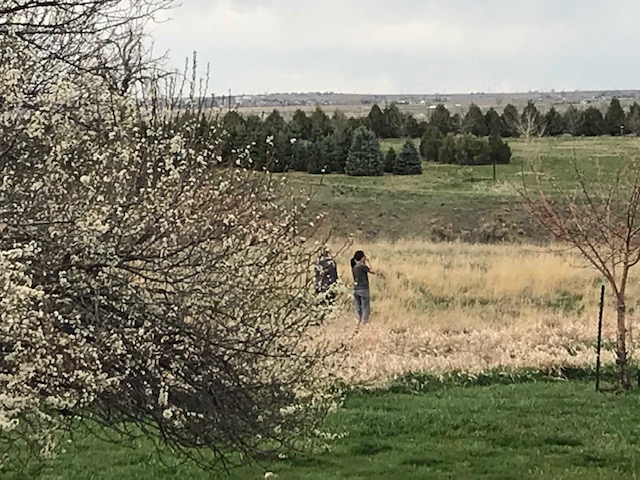 We were invited to join everyone in their home theater in the basement.  They have theater seating and a complete movie theater setting.  They even have show bills on the wall which look just like a theater.  We enjoyed watching "Five Flights Up". 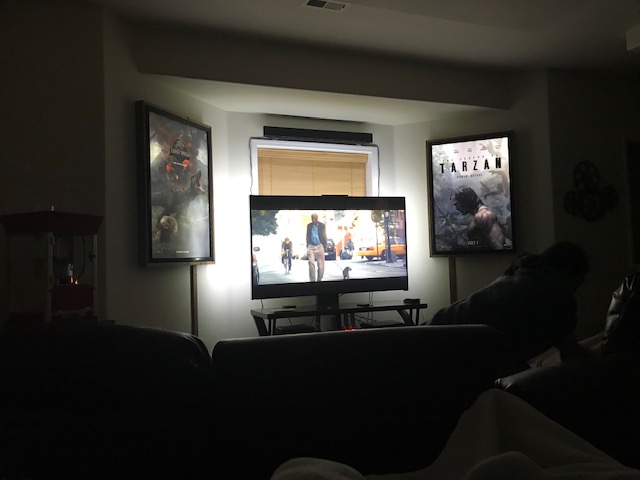 The view out our window today was the neat horse barn they have. 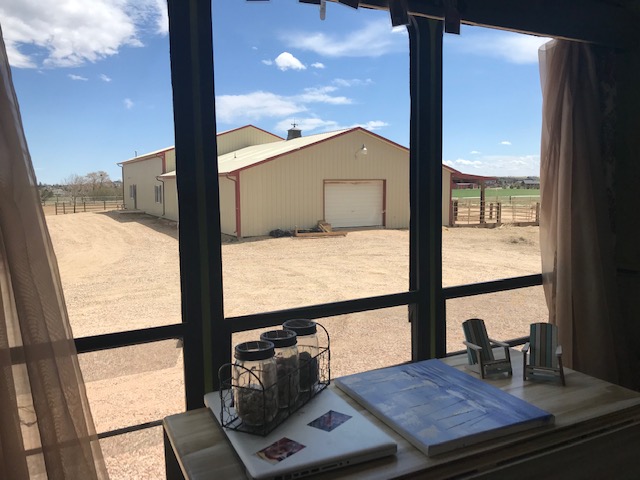