Morning Happy Hour was under the awning at P & H's and we all made a plan for the day. Pat and Sue headed out shopping like they have been planning for a while.  They do this just before we go home to stock up on cloths for the grandkids. 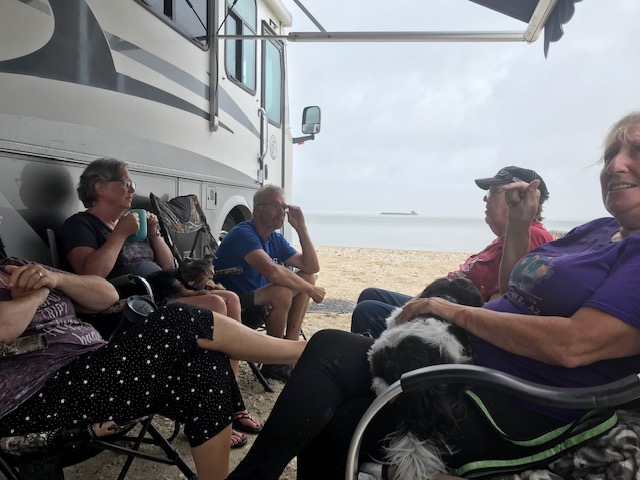 While we were sitting there, a big ship came out of port heading into the Gulf.  Always a highlight when we get to see a ship. 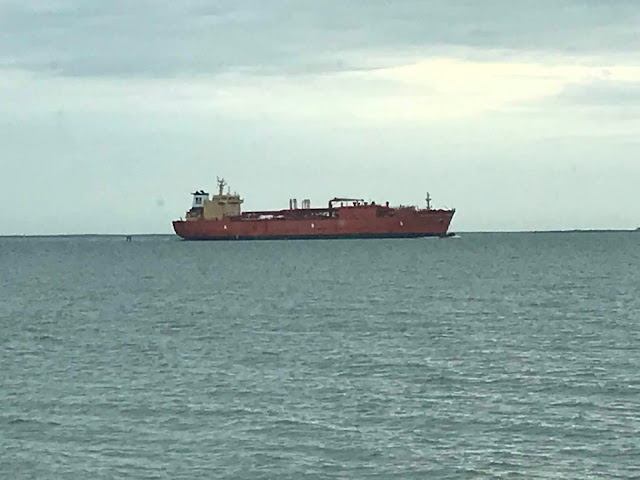 After lunch Harold, Ed, Lessie and I headed into Port Lavaca to the Calhoun County Museum.  I have been there before and the curators are great.  They know a lot about the interesting history of this area and love to share their knowledge. 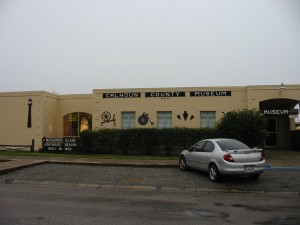 Lots to see including scale models.  It is nice to see how it would have looked back in the day. 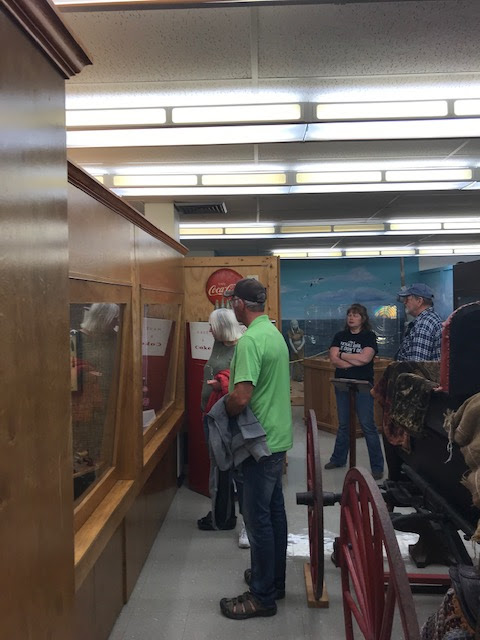 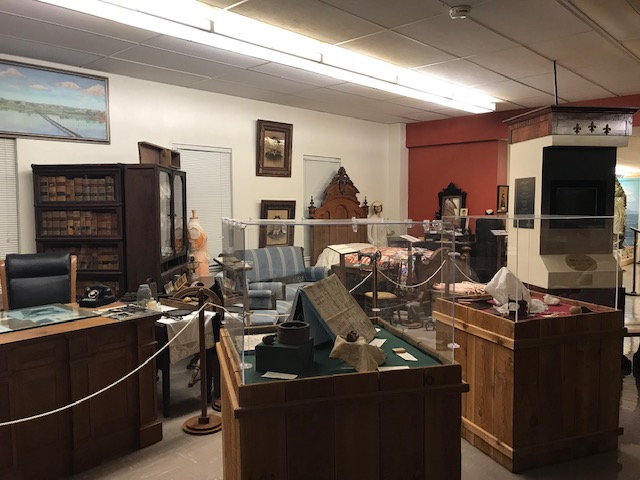 Indianola used to be a very busy shipping port.  Lots of things came in and out by boat and the train even had a track out onto the pier so the ships could load in deeper water. 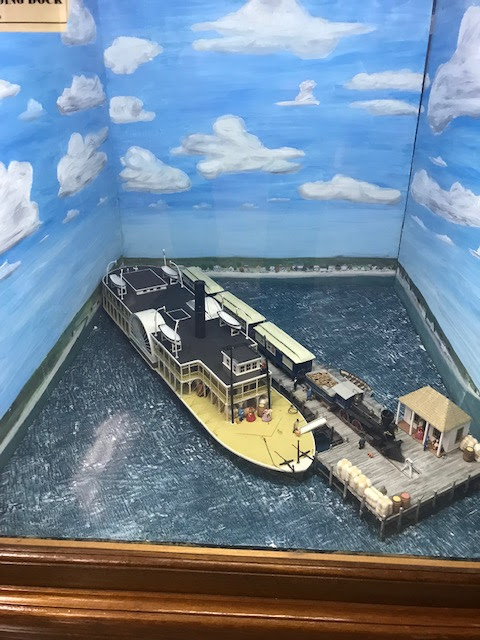 This is a picture of the statue that is down the road from where we are camped.  It is in honour of the French explorer La Salle who did a lot of exploring in Canada.  He floated down the Mississippi River and came to Indianola.  He wanted to go back to Canada but some of his men shot him before he could.  Remember we are in the Wild Frontier down here. 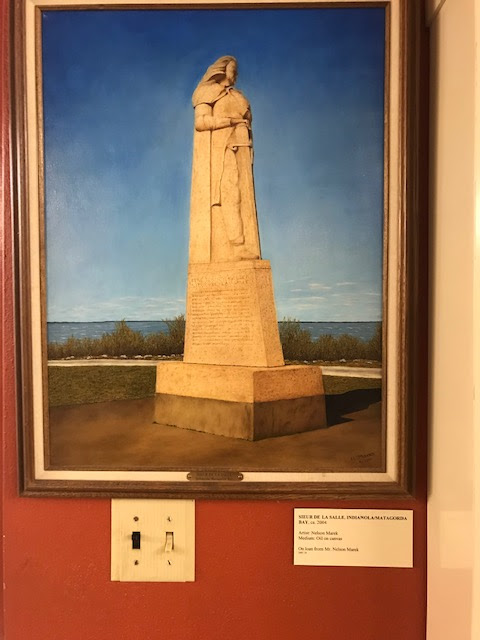 Any body who has been to Quartzsite Arizona will know a bit about Hi Jolly and how they tried to use camels there.  Those camels actually came from Indianola Texas, where they were tried for a while before shipping some of them out to Arizona.  There were about 150 camels here at one time and when they didn't work out, lots of them were just let go to wander.  I asked if there are any wild camels still around and the curator said that a lady swore she saw one not long ago not far from here.  Believe it if you want or not.  There is a wooden camel saddle on display in the museum. 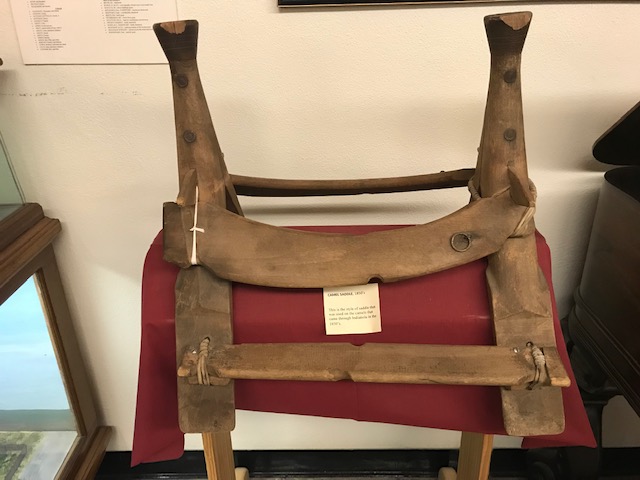 There is lots of discussion going around about how to clean up Magnolia Beach.  It is not dirty in that sense of the word, but because it is a free beach, lots of people abuse it.  Not all the abuse is by RVers, in fact I would say very little is.  Most of it is by homeless transients who set up in less than desirable circumstances and stay until Mother Nature makes it rough on them and they move on.  Such has been the case here lately.  A few tents on the beach with less fortunate in them have been overcome by the wind and rain we had a few days ago so they just up and leave and don't even bother to take anything with them.  The tents and lots of their belongings are left behind for the county to pick up and dispose of.  That in itself is tricky because you wonder if they should be touching someone else's stuff and at what point is it deemed abandoned.  In this case they gave them about 5 days and then they picked it all up with the trash.  What a sad way to live.  So the latest discussions indicate that they will be imposing a 14 day limit to camp on the beach.  I think this will be a good start to controlling who is on the beach. 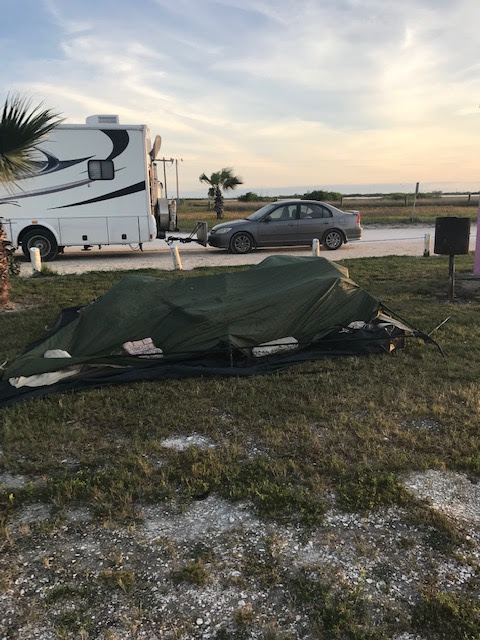 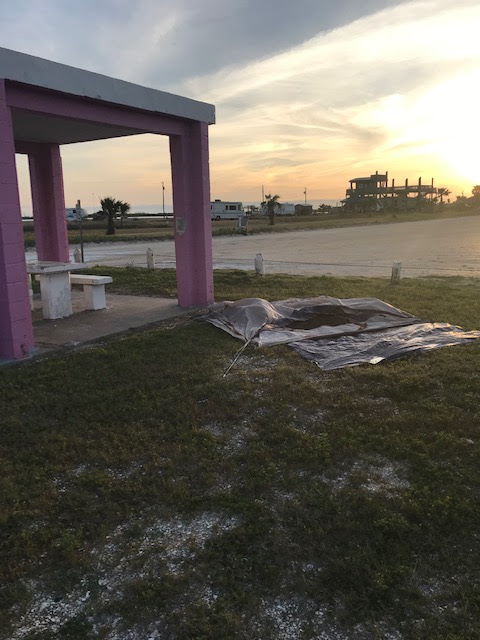 This was our view out the window today.  Water water water!! 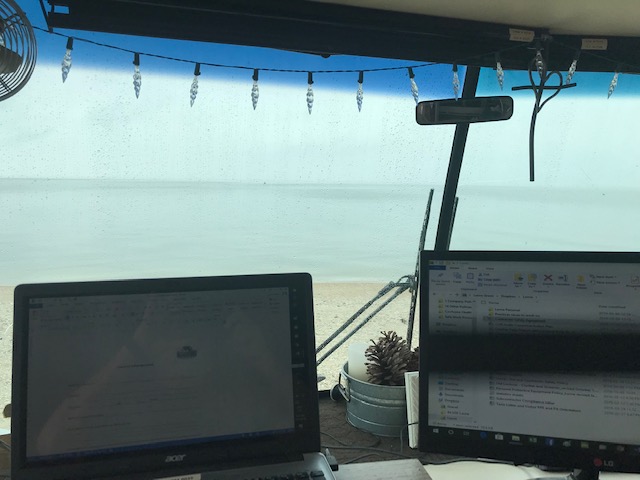 Posted by Lorne Green (A Place Called Away) at 11:10:00
Email ThisBlogThis!Share to TwitterShare to FacebookShare to Pinterest