They told us that we were going to have a quick storm this morning and I think they were right.  The big storm front appeared in the west and we watched it closely.  They have had a few tornados just north of us lately, so you never know what might develop. 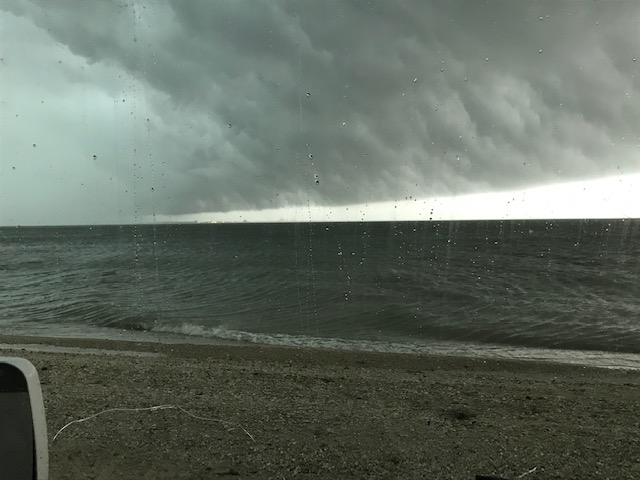 After the scary front passed over the clouds set in and we got some rain for a while.  We actually didn't even get anything resembling a storm from it. 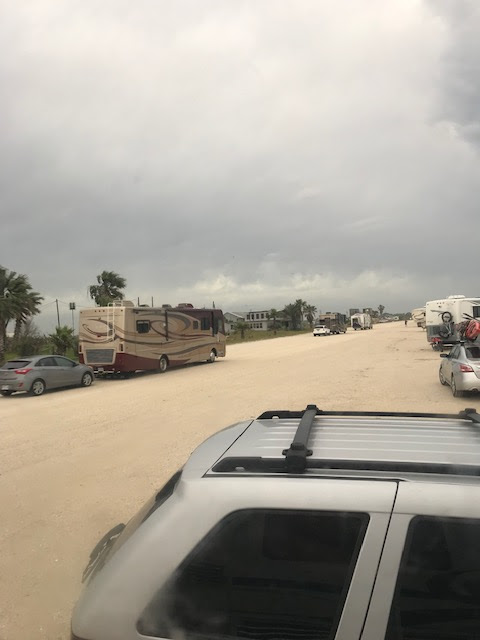 Pat dropped by and gave me an early birthday present.  She found a spare dog pooper scooper for me. They all make fun of me because I  hate picking up poop with my hand in the bag.  YUCK!  So I use a scoop and place it in the bag.   Anyway, thanks Pat!!  Maybe next time don't spend so much on me. 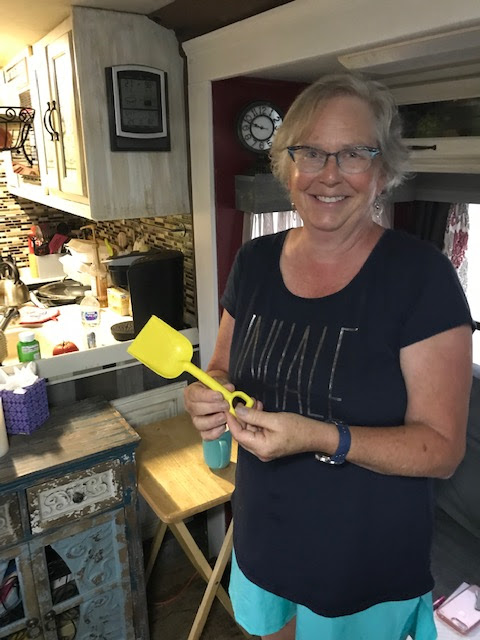 Our day consisted of more ships 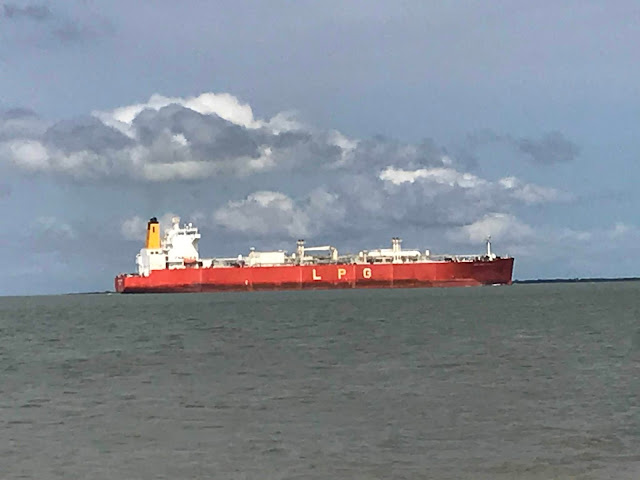 And more friends.  Susan stopped by in her John Deere Jeep.  Champ loves to ride in the back with her. 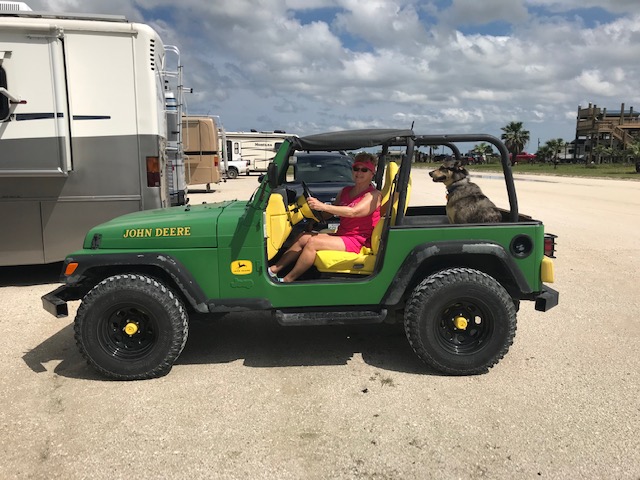 Sue  got the rest of her bathroom cupboards painted and I got the doors put back on. 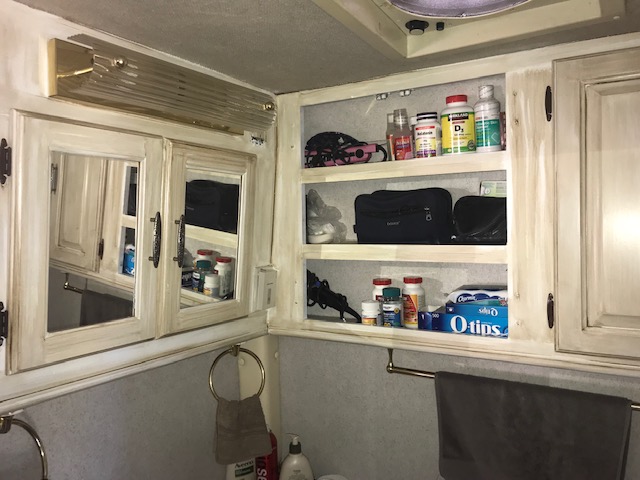 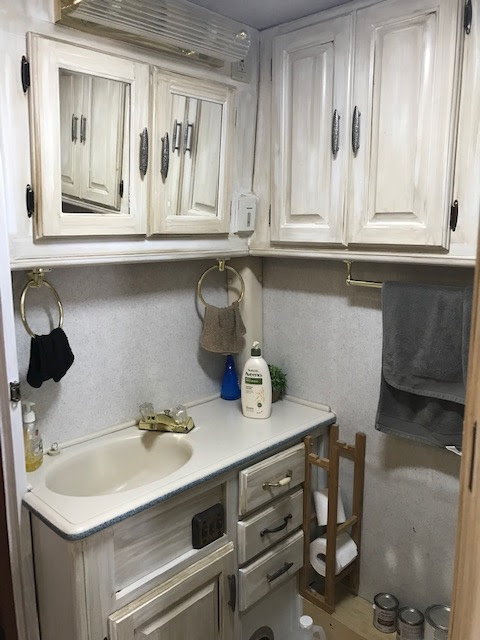 Later in the afternoon we had a visit from one of the locals who is not a lover of RVers.  There seems to be a small group of people in this town that don't want us here.  They are the ones that are vocal on Facebook mostly, but this was one of the first people who voiced their opinion loudly, rudely, and in person.  He was the absolute worst ambassador for Magnolia Beach that there ever was and we even told him so.  He called us water turkeys, squatters, scum of the earth, and a few other things. 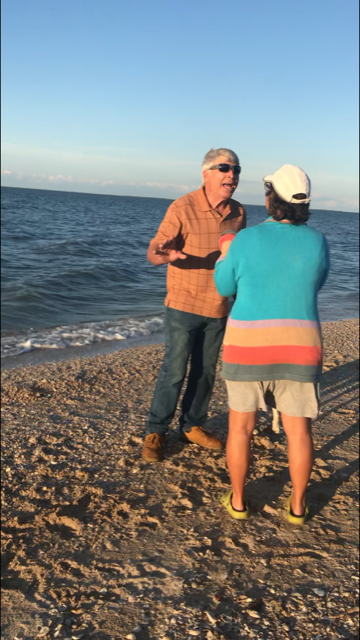 He just wanted us gone.  We asked him why he was not at the community fundraiser the other day or why he has not been over to support the food truck, or why he was not collecting garbage on the beach and he had no answer. 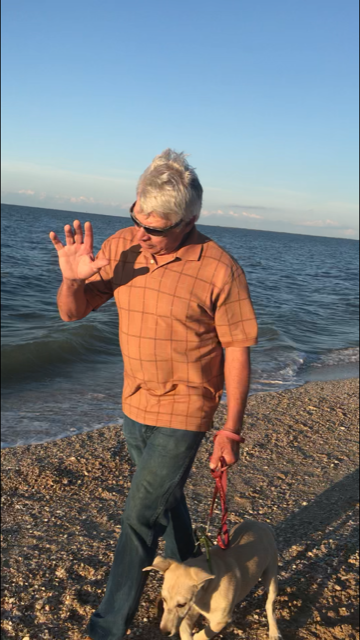 He just kept calling us every name in the book as he walked down the beach.  Apparently he talked to every camper along the way as well.  I must admit there was probably a fair bit few beers involved as well.  I think he may have slept through the Sunday Service today when the preacher spoke of kindness to your fellow man.  I am happy to report that he is only one person and does not represent the entire community.  Almost everyone else we have met are awesome people and make us feel quite welcome here. 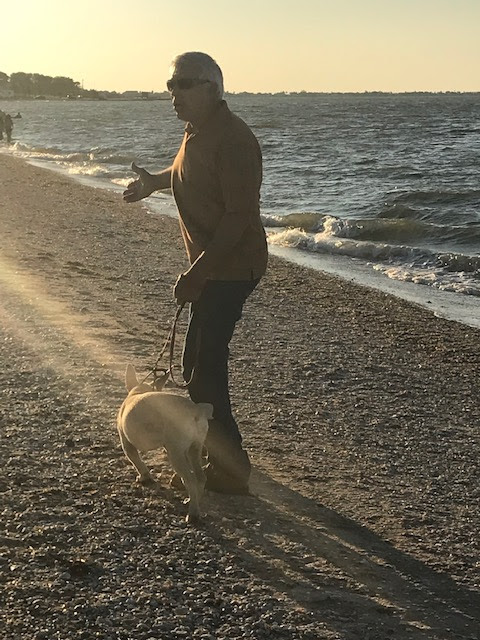 We finished off the evening attending a community bonfire on the beach and eating deep fried honey buns and deep fried tootsie rolls at the food truck. 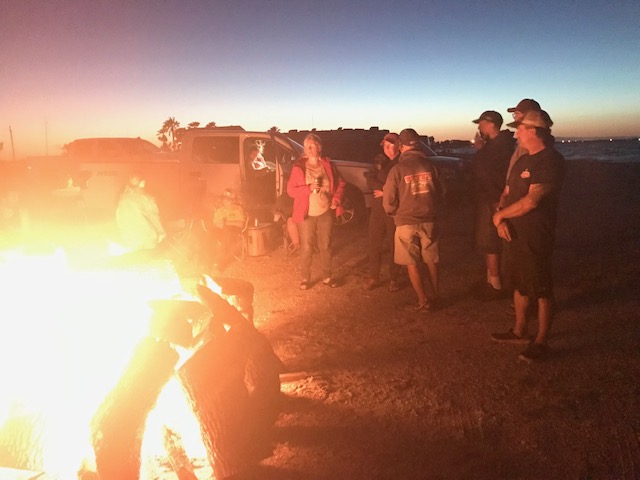 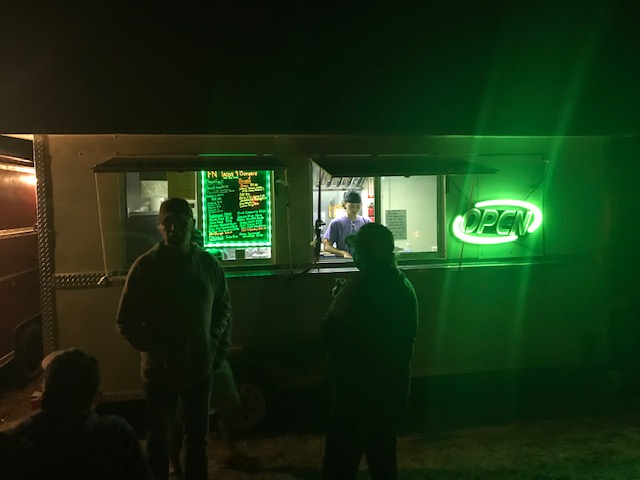 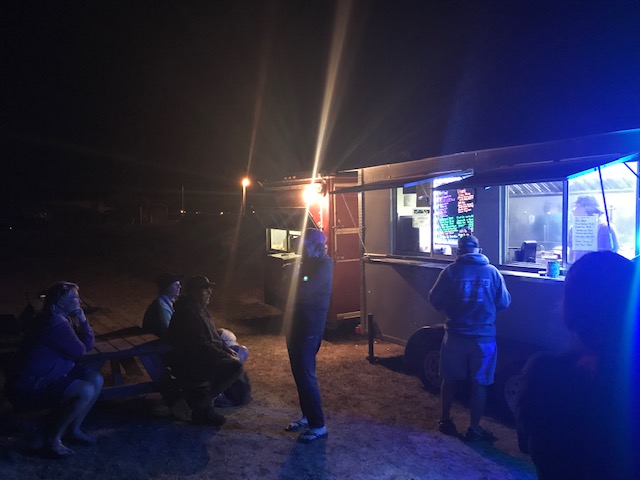 The view out our window earlier was a bit rainy. 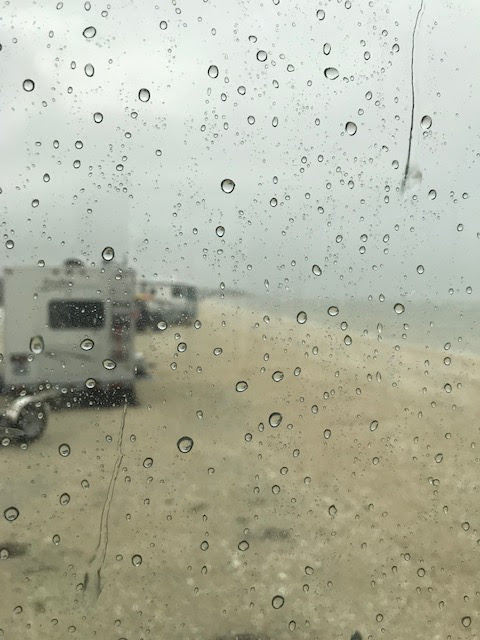 Posted by Lorne Green (A Place Called Away) at 10:15:00
Email ThisBlogThis!Share to TwitterShare to FacebookShare to Pinterest